After the news of GFriend leaving Source Music came out, their fans were scared that the group might disband. And their worst nightmare has come true. The Girl Group, GFriend, has officially disbanded. The news came out some hours ago, and its fandom, BUDDY, is filled with grief. The six members of the girl group-  Sowon, Yerin, Umji, SinB, Eunha, and Yuju have penned down separate letters for their fans.

Also, they have mentioned that even though GFriend has ended, it is not the end for them. They have been now working on their plans and have assured their fans that they will be back soon. 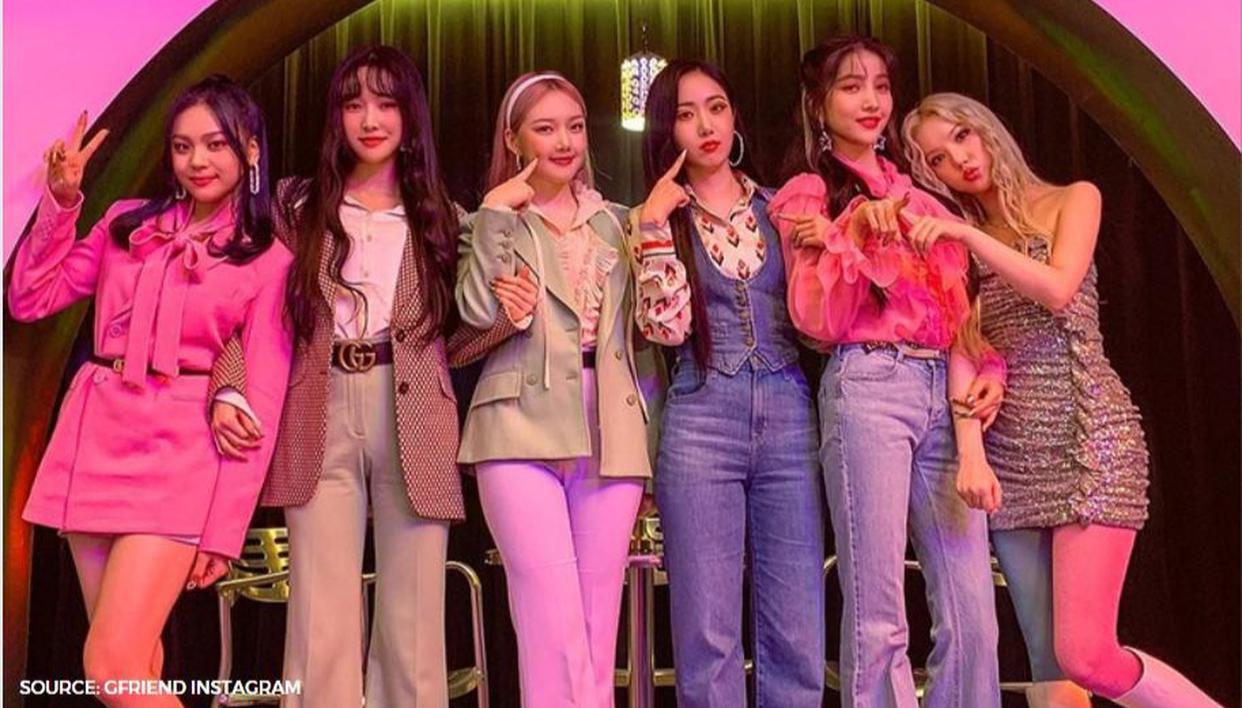 GFriend was a Korean Girl Group formed by Source Music in 2015. The group has garnered a lot of love from Kpop lovers. During their span, they have released ten mini albums and three full-length albums. Thier contract with the agency is ending on May 22. And all of the members decided not to renew their contracts.  So, it is finally the end of GFriend.

Let’s check out what the members have to say while bidding their goodbyes.

Sowon, the leader of the group, shared her thoughts first. She started by saying that debuting in January 2015 was the biggest blessing in her life. Sowon mentioned how she thinks that she has received more love from BUDDY than she deserves.

The vocalist of the group also confessed that she is scared to walk on a new path, but she is sure that the BUDDY will keep on supporting her like always. Sowon wants to make them proud, and she will try to meet them more often. In the end, she said that it is hard to convey all of her feelings in the letter. But she feels better, and she is thankful for all the love.

The lead dancer and the face of the group, Yerin, thanked BUDDY, her fellow members, and Source Music for being with her until now. She said that it had been quite a long time that she has penned a handwritten letter, and she feels sad that it is regarding the topic [disbandment].

Yerin wrote that she had experienced some “dream-like” incidents. And it is all because of the love that’s she received from BUDDY. She describes her six-year-long journey as “unforgettable.” In the end, she said that she would continue to work hard, and she loves BUUDY, the Source Music family, and the other five members.

Eunha begins by writing that she is giving the fans sadness while they were looking forward to seeing more of the group. She said that she always wonders about what will make the “BUDDYs” happy. However, right now, she is looking for words to comfort them. The lead vocalist also wrote that even though she is not deserving enough, the fans gave her too much love. In the letter, she thanked BUDDY for fulfilling her dreams, and these six years were the most beautiful years of her life.

As she moved towards the end, she wished for her fans to be always happy. Moreover, she will work hard in the future, most probably release music for the BUUDY.

Yuju called BUDDY the most precious people in her life. She said that she will always keep the gaze, voices, and smiles of her fans in the warmest place of her heart. The vocalist of the group said that it was a memorable experience to go on the stage and perform with the other members. She said that it was an honor to perform in front of the fans and to make them happy.

Also, because this is a goodbye, and to make it less sad, she promised the fans that she will continue to move forward in life and impress BUDDY.

SinB is the main dancer of the group. Her letter was also filled with sadness, just like the other members. She mentioned that she is saddened and feeling regret to deliver the news. Further, she said that she has been so successful because of their fans. SinB confessed that she always want to share the good news in her life first with the BUDDY. And in the future, she will work harder to not disappoint the fans.

In the end, she thanked the Source Music and the members for being with her through thick and thin.

The Maknae of the group poured all her feelings into the letter. Indeed, she is saddened by the news. But, she made sure to thank the fans. Also, she wrote how she lacked several things during her debut. But, now that’s he looks back, she thinks that these six years have been very meaningful.

She wrote that she wants to hug BUDDY and will always be thankful to them, even in the future. “For everyone who will be watching over me, I will try to move forward bravely and coolly.” She said.

Prodigal Son To Get Shopped by WBTV after Fox Cancels The Show, Creators Discuss Their Plans

Prodigal Son To Get Shopped by WBTV after Fox Cancels The Show, Creators Discuss Their Plans