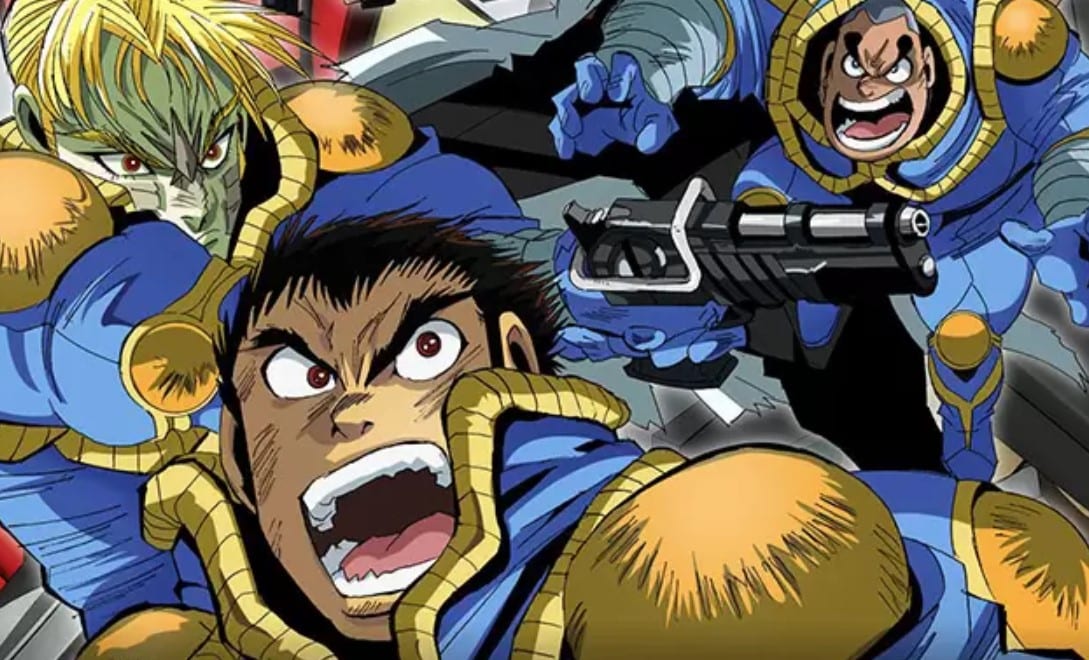 Getter Robo Arc has recently made its debut early this month, as early as July. A mysterious man rides a Getter Robo Arc during thunder and lighting. He is trying to fight with mysterious creatures using the powers of Getter Robo Arc. The man tried to shout at the monsters using bullets and explosives, but things turn worse for him. The guys in a control room report that 40 is damaged, and the pilot’s vital strain is at 80. The lower-ranked guys realize that the man is in danger and asks the commander to give them orders. But captain Hoshi received a powerful thunder blow.

The higher-ups wonder if captain Hoshi is still alive since his life span drop to zero. In the junkyard, two men arrive, and one of them said, this is the place. The Getter Robo Arc, controlled by captain Hoshi, falls in front of those two men and believes that the calculations were accurate. The episode title is ”The Demon on High.” Takuma and his partner spot something in the morning, and Takuma reveals that they are looking at the Getter Ray research lab. The duo thinks that the guy in charge of the lab has the answers to their questions.

Meanwhile, a mysterious lady told the guys looking for Takuma that she won’t let them have Takuma. The guy replies that he likes her attitude, but he leaves him no choice. Takuma and his partner continue with their mission. They believe that they will find their guy, and he will get smashed for his actions. Takuma told his partner that they don’t have to waste their energy or they will get hungry. Later they arrive at the lab, and the soldiers tell the two that kids are not welcome here.

The soldiers keep on teasing the duo that kids play at home, not the playground. Takuma and his friend get furious and wanted to enter the area, but one of the soldiers told them that they would get a gun down for trespassing. The two insist that they want to see the boss, and Takuma thinks of something. Yamazaki is sent on a mission to deal with something while the higher-ups observe him. They told her to cut the wire, and she gets scared that she might make a mistake.

Yamazaki cuts the wire, and everything exploded; that day, the entire world changed. Nineteen years passed since the war came to an end in Siberia, but it’s unclear if the government can rebuild the country. Everday the world remains in chaos, and mysterious incidents keep on happening. Takuma feels that something is weird and looks up, feeling that there is a presence of Getter Rays. The soldiers get tired of the duo and point the gun at them. Baku told Takuma to calmdown. 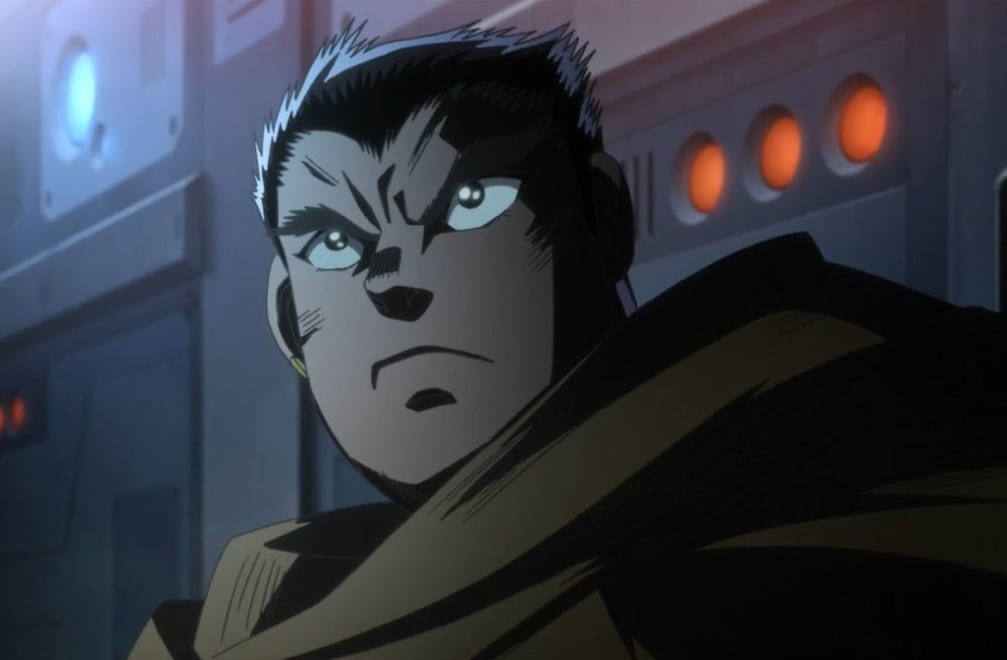 Baku reveals that he can sense supernatural power around here. Takuma wonders what Baku is saying since he can’t feel anything. Baku said that something is growing stronger the close they move forward. The energy enveloping around the lab is like a grudge, affecting Baku’s premonition powers. The two realize that they are better ways to infiltrate the lab without messing up with the cocky soldiers. They head somewhere and saw trucks heading to the lab.

The drivers of the trucks got warned that they are walking on dangerous roads, and they must be aware of the bandits. One of the drives takes things for granted and said that those guys are talking about things that don’t pay them. He wonders why they are making deliveries to a godforsaken town. Baku and Takuma continue with their journey, and Takuma wonders if Baku is telling the truth. Baku replies that his instincts will never be wrong, and they both talked about their plans. The two felt that they are hungry and notices a boat of Ken Mart.

Takuma comments that it is a convenience store and they can get something to eat. But that store got destroyed by Biker’s Gang, and the guys around tried to protect the building by fighting back. The guy with a pink mohawk got out of the bike and said they were not buying anything, but they took whatever they wanted. He accidentally hit Takuma with a stolen bat and gets surprised that Takuma is still standing. The duo defeats those guys and gets a free meal along with their bikes. Later, a strange man appears and protects a human using a Getter Bea during a battle with monsters.

Also Read: What To Expect From Getter Robo Arc Episode 1?