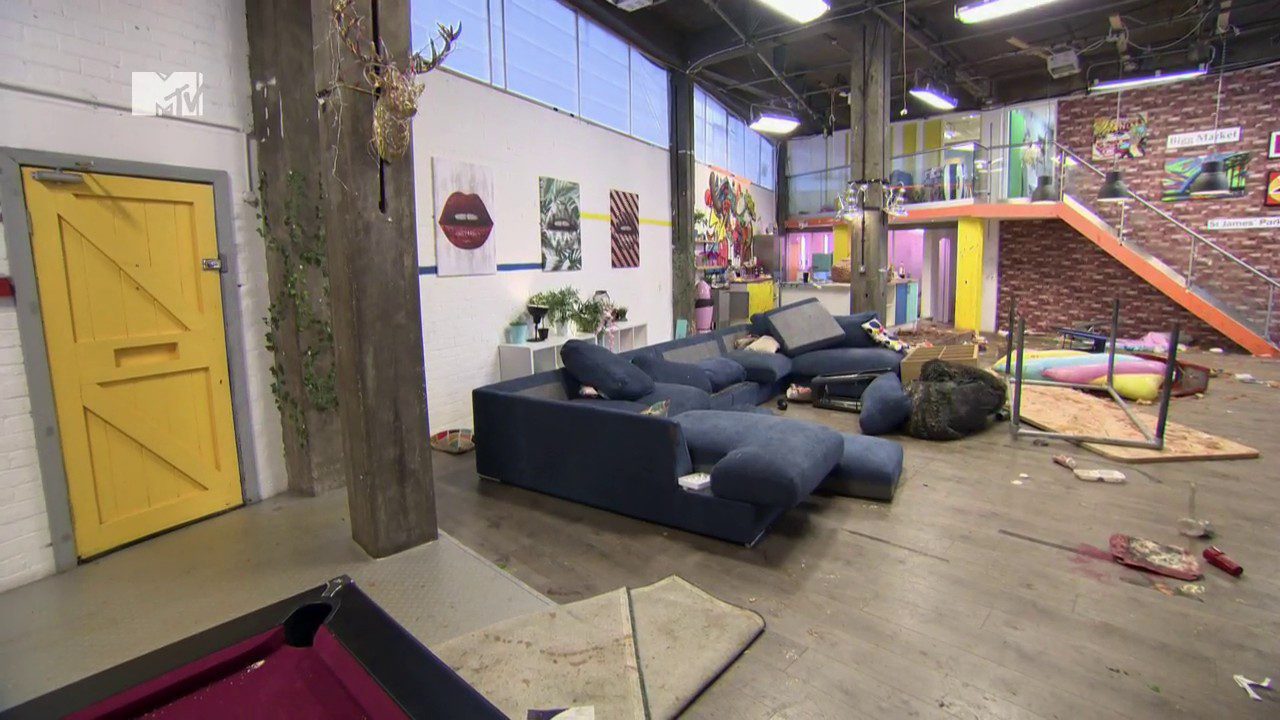 Geordie Shore Season 22 Episode 1 brings the Hot Single Summer at its best. The lockdown literally had everyone apart, and the cast was surely missing each other. Now after staying ten days quarantined, they joined each other to film the show, and we may finally know what they were up to. The only thing is they will not be the only people we will be watching. Yes, as the show’s new title, “Hot Single Summer,” suggests, there is a new cast joining the show. All singles who are out there looking for someone they can be with.

So last time we were in the show, the cast went out with a bang. Surely there were some relationships broken, but they came together as it was the last day after all. The Geordie-Licious event was coming in full bang. Chloe, for the very time, was working really hard to make the day worth it. So did the others as Nathan brought out his alter-ego to keep everyone entertained. Amelia, with her beautiful voice, mesmerized everyone while the boys from Geordie-Licious’s poster gave what the audience actually came for. Let’s look where we are at with this before we move to Geordie Shore Season 22 Episode 1.

Last time on Geordie Shore, it was the last day in the house as the season was about to wrap up. So, the house members were making sure they would go with a big bang and had a lot of plans in their minds. So just in case nobody forgets, Chloe makes sure to wake everyone up. As they get down, they realize the mess they had made in the kitchen. That was until the Geordie-Licious truck came ringing the bell. The track featuring the faces of James, Anthony, and Beau left everyone amused. Especially James, who was obsessed with watching himself. 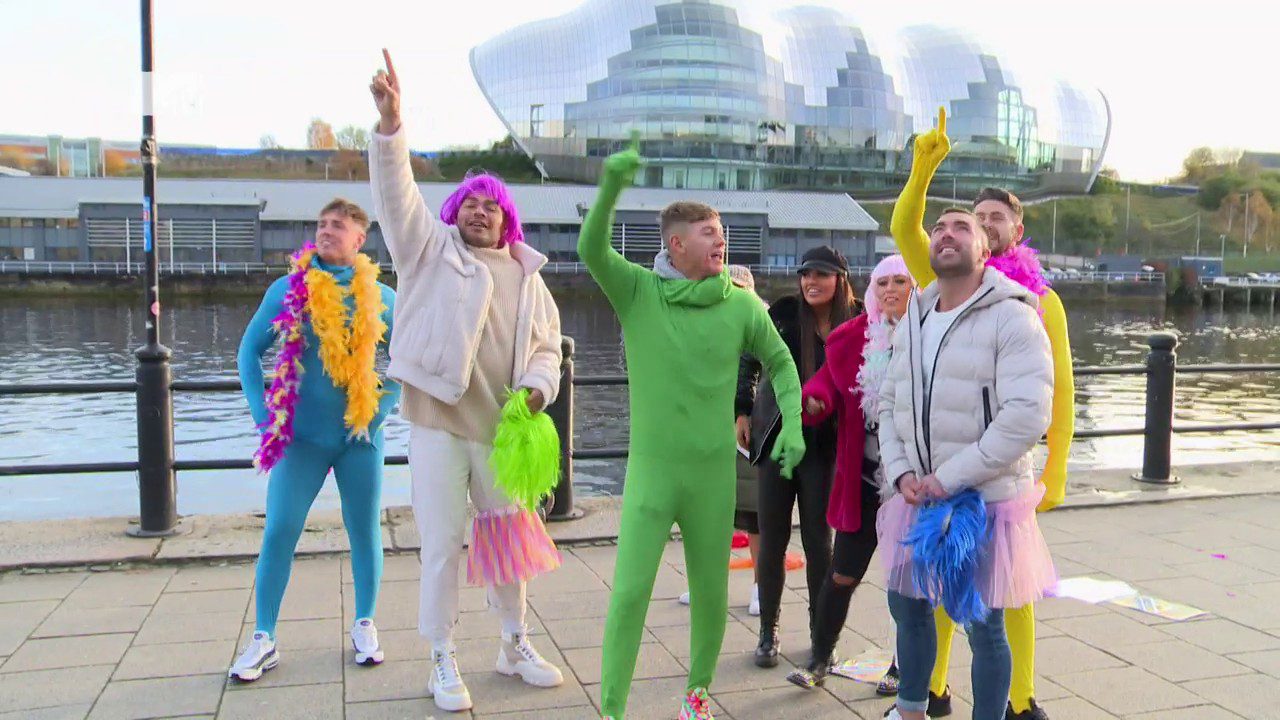 So, the day began with the cast promoting their Jordie-Licious event to the city. They went out on the street to announce and sell flyovers for it. Chloe worked really hard for it. Next, a plane came flying, promoting the event as well. Post that, as everyone was getting ready for the final event, Nathan brought two of his friends. All of this to turn himself into his alter-ego, Aphrodite. Joining him is Louis, who would have to wear a Batman-like costume to join him on the stage.

Aphrodite certainly leaves everyone impressed, and they leave for the event. The location was all out beautiful. It was a matter of time the crowd started filling in, and the cast made sure they enjoyed the event. Nathan’s alter-ego Aphrodite takes center stage to host and perform the opening performance joined by Louis.

After that energetic performance, Amelia Lily took the stage to perform her best-selling single. The performance saw the girls on their feet as they joined her on stage to dance. Post that, Chloe decided to sort things out with Louis as this was the last day on the show. Things got back to normal after falling apart previously on the show. The event closed with poster boys of Geordie-Licious James, Anthony, and Beau giving a stripped-down performance leaving everyone around mesmerized. 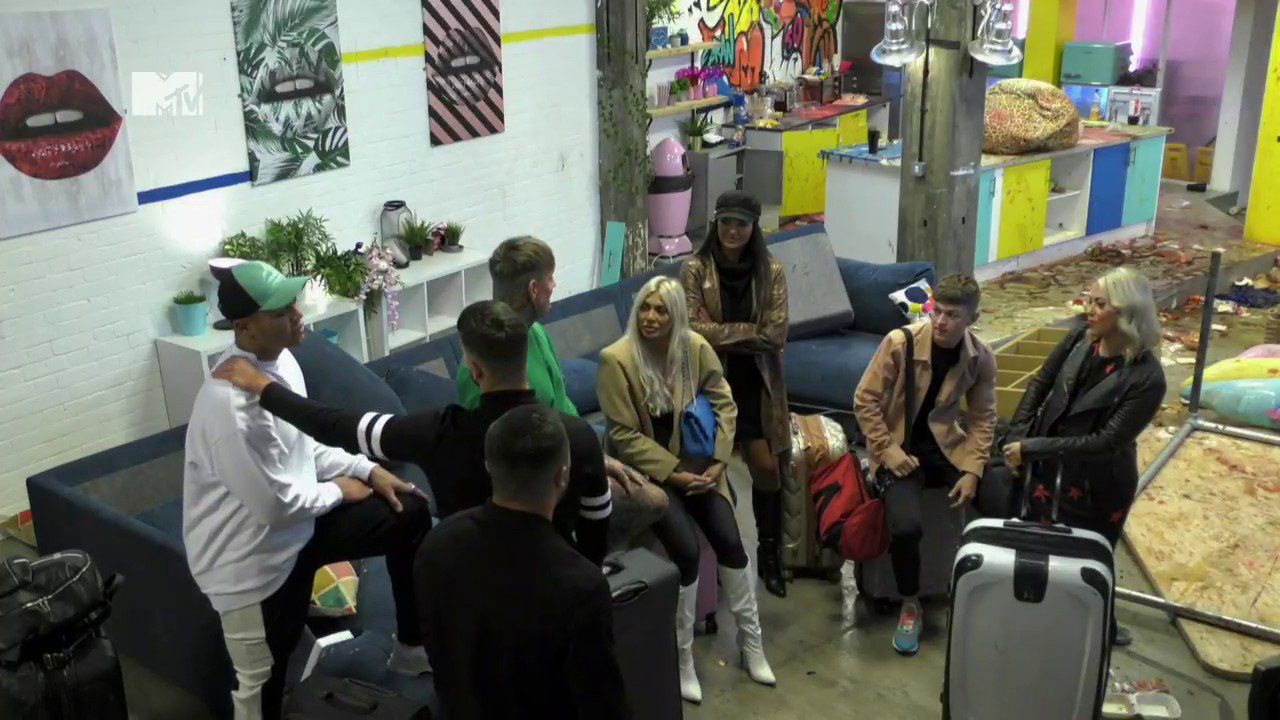 As the cast returned home, they celebrated their last day by causing one last mess. Waking up the next day, they got together to reminisce the memories of this season. Bethan Kershaw returned to join the cast one last day to pick them up. We had one last look at the season before the cast left the show to look forward to the future.

Geordie Shore Season 22 Episode 1 is releasing on 9 October 2021. It is titled.” The Singles Have Landed”. The official synopsis of the episode says the cast of Geordie Shores returns after a lockdown. Things were really great with everyone apart, but now they are all together again. The only difference is apart from them. There are new cast members joining in whom they will be living with.

So yes, there are new singles in the house. The dating game begins, and we wonder who will get together. The new cast joining the show includes Charlie Wheeler, Devon, India-Jane Wilkinson, Jack Roberts, Jay Baker, Marty McKenna, Niko Kaim, Robyn Mukoyi, Roxy, and Ryan Taylor. So Geordie Shore Season 22 with Hot Single Summer begins with their introductions in Episode 1.

Also Read: Chloe Ferry Net Worth: How Much Is The ‘Geordie Shore’ Star Worth?