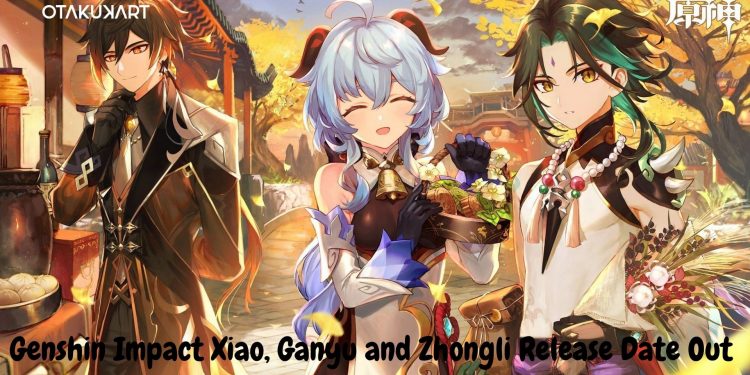 That means, those who were waiting for Xiao and Ganyu, the Event Wish-2 system will be fulfilling their wish by adding these characters in different banners with more amazing characters, Shenhe and Zhongli.  However, Zhongli is already a very famous character and one of the most important Liyue members. To check out their release date and more confirmed Genshin Impact 2.4 leaks, you can scroll down.

Which Characters are all set to appear in Genshin Impact 2.4 update?

The two new characters that will be there in Genshin Impact 2.4 update are Shenhe and Yun Jin. But, both the girls won’t be sharing the same banner because Yun Jin is a 4-star geo character and Shenhe is a 5-star Cyro character. So, Shenhe and Xiao will be paired because Xiao is a 5-star Anemo Character. Is Xiao there in the new Genshin update? The Player’s long-awaited Genshin Xiao, Ganyu, and Zhongli rerun will be there in the new update.

Furthermore, this update is going to be the best one among all the previous updates of Genshin Impact. The reason is that the characters chosen for Genshin Impact 2.4 are amazing, powerful, and smart. Xiao and Shenhe are both polearm users. Shenhe is a new character, but Xiao was released on February 03, 2021. Now, talking about Ganyu and Zhongli, both of them are not new. Ganyu is a 5 star Cyro character just like Shenhe, and she was released on January 12, 2021. However, Zhongli is a 5-star geo character, and he was released on December 01, 2020. Also, Zhongli is a polearm user, just like Xiao and Shenhe and Ganyu is a bow user.

Which Banners are Revealed?

Finally, after so many leaks and guesses, an official update on banners are here. So, the first banner will include Shenhe and Xiao. Both of them are 5-star characters and the best characters to include in a team. Now, talking about the 4-star characters, only one character is revealed and confirmed, and that is Yun Jin, a geo character. Furthermore, players have to still wait for other 4-star characters’ names.

The next official banner that is confirmed has Zhongli and Ganyu in it. Again, both of them are 5-star characters, and they will appear together and after the first banner. Moreover, the 4-star characters for the second banner aren’t revealed yet, so there is no information about them as of now.

What are the Rerun Release Date for Genshin Impact Xiao, Ganyu, and Zhongli?

Now, talking about the next pair that is Ganyu and Zhongli, will be appearing after three weeks of the first banner. Generally, in Genshin Impact, two banners run for three weeks each, and after six weeks, a new update releases. So, Zhongli and Ganyu might be appearing on January 26, 2022, as the second banner. Well, you can say Zhongli and Ganyu are all set to make the second half of the Genshin Impact 2.4 update, an excellent one. It will be really interesting to see the combinations in the game, Furthermore, their skins and these characters can be obtained through the events that are arranged in-game by Genshin Impact.