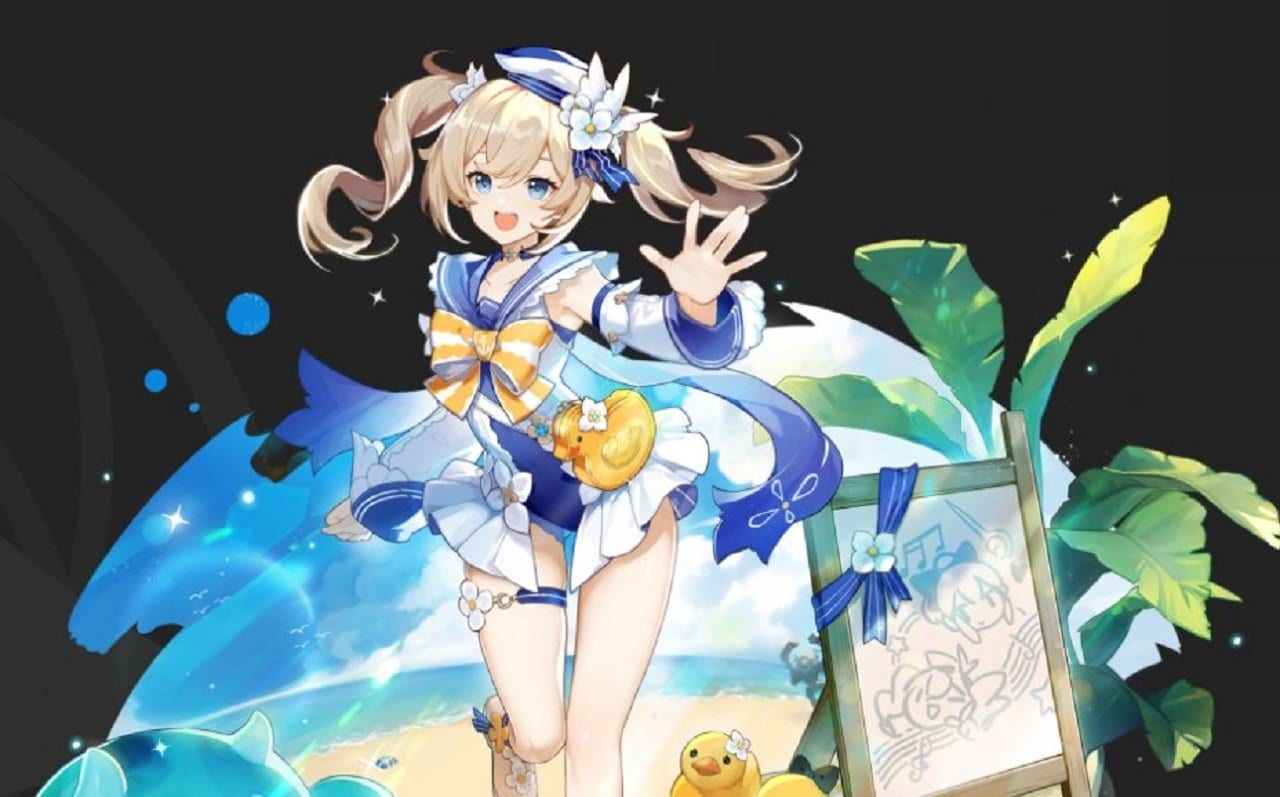 It seems like Genshin Impact has finally listened to the demands of the fans. Fans were demanding customized outfits or you can say skins for all the characters in the game. Genshin Impact already has so much to offer when it comes to weapons, activities, characters, and rewards. They never had a custom skin system and now it feels that they will soon have it. All these reports are still efforts by the community and leakers. There isn’t any official announcement made by Genshin Impact.

Currently, we are in Genshin Impact 1.5 update. There is still time for us to enter in update 1.6 According to the reports, we are still 1 month away from the next update. There are a lot of rumors going around regarding the next season like which characters will be playable or which are the new locations and banners. The new skins leak is also one of the rumors and today’s article is about it.

Skins for Barbara and Jean?

All these skins will be released in the summer event of the next season. The skins and the summer event are reportedly based on a new game region called Archipelago. According to reports, Barbara’s costume will be a free reward for completing the Echoing Narration Summer event whereas the Sea Breeze Dandelion could be a paid outfit. This is not fully confirmed yet but it is most probably a paid outfit.

There are also some other leaks related to custom outfits. According to a leak by Genshin Report, the new costume system will start with a costume for Alice. Alice is Klee’s mother. The developers are still working on the system of the costumes. By system I mean, should different costumes have a different rarity and all that stuff.

The developers are also conducting in-game surveys to get the gamers’ views on the costume system. You can go in the in-game mail to give your views on the skin system. You will be rewarded with 30,000 Mora if you successfully complete a survey in Genshin Impact 1.6 update.

Anything is possible. We just know that it's through some sort of shop.

This is a very prominent and important leak, to be honest. Both the leaked outfits are having some backstory connected to them. Let’s have a look at the backstories of each outfit.

Starting off with Jean, Jean’s outfit is inspired by her feelings for romance. This outfit of Jean is dubbed to be better than thousands of costumes. Barbara and Lisa have played a critical part in creating or finding the outfit for Jean. Kaeya convinced Diluc to find a craftsman who could tailor the outfit. Noelle has sewed the outfit and also sewed the rose ornaments in it.

Now moving on to Barbara’s outfit backstory, Barbara feels lonely at times and she wishes to be or act with other women who are of the same age. She wishes to spend more time with Jean, who is her elder sister, but Jean is usually busy doing her stuff. So Jean decides to go to a beach and ask Lisa to get a new swimsuit for Barbara. 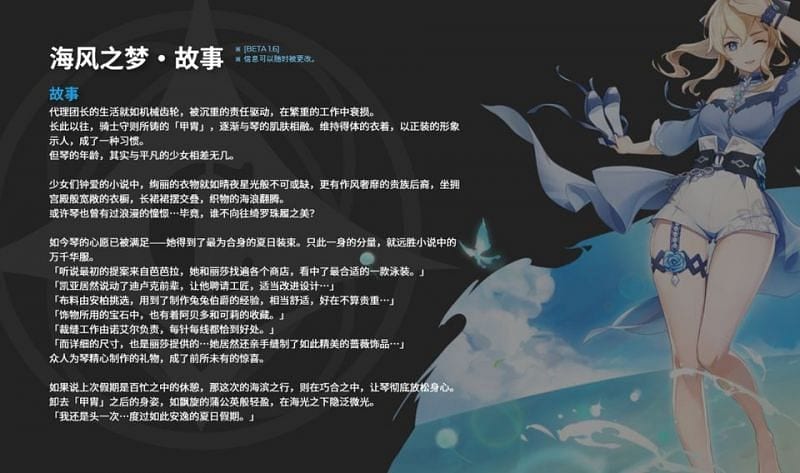 So this concludes pretty much everything we know about the new costume system which is coming in Genshin Impact. The developers are starting with 2 characters but slowly with time we may see custom skins for all the characters in the game. The main question is whether all of them will be free or will be paid. There is a lot to consider before releasing these new custom outfits and you can clearly help the developers by providing them feedback through surveys.