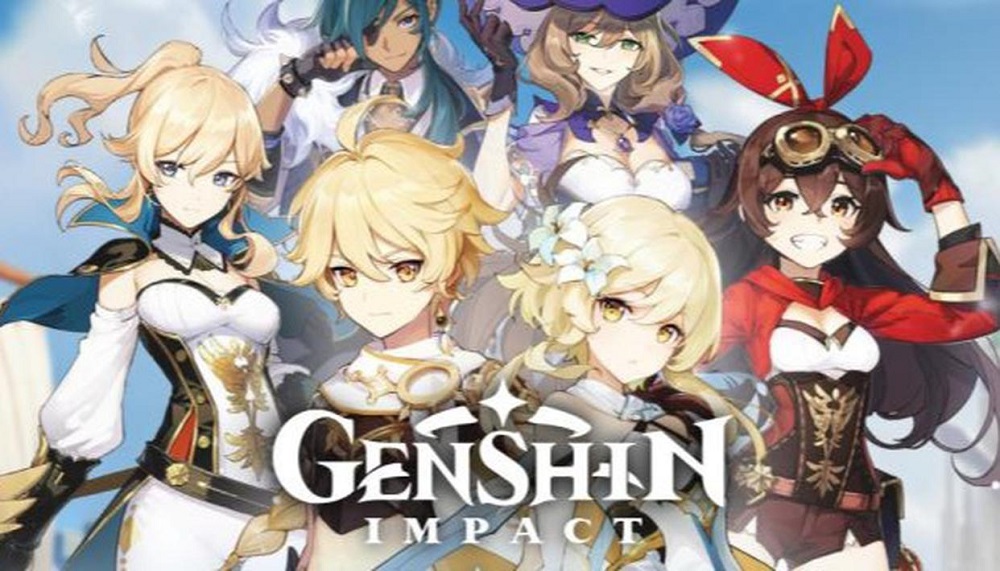 "Genshin Impact" closed Beta leak revealed Yaoyao's walking animation and here's all you need to know about it.

“Genshin Impact”, the action role-playing game that was released on 28th September 2020. Developed and published by miHoYo, it is one of the most popular games all around the globe right now. The game consists of a roadmap in place, and within every 6 weeks, a new update is released. In this update, the developers add new items, content, and much more. The game received some really great reviews from the gamers as well as the critics. In fact, Metacritic gave it an average score of 82/10 for iOS, 84/100 for PC, and 84/100 for PS4. Also, on Google Play, the game has a rating of 4.5/5, which is a really great score.

Honestly Genshin Impact is literally like watching Anime and gaming at the same time.. it’s depth and satisfying rewards/upgrades is what I wanted from Zelda BotW, which I also loved regardless because of the exploration. I love this game LOL i’m so glad I tried it out 😭

can’t lie bruh genshin impact is the most fun i’ve had in a while from a game. always loved rpgs

So I gave Genshin Impact a try today and I really loved it. I do think that Gacha style games are dangerous for those with addictive personalities, but I like how Genshin doesn't throw it in your face and I like how there is an ingame way to get most of everything.

You can also see the reviews of the people who have played the game already on Twitter. You can have a look at some of the tweets above. Consequently, the game has been doing really well, and now a new update will be coming out soon. A new character, namely Yaoyao, will be coming out this time. Moreover, leaked footage about that character was leaked recently. So, let us everything there is that we need to know about this update.

Everything you need to know about the action role-playing game:

“Genshin Impact” is an action role-playing game that was published and developed by miHoYo. It is an online-only game and features a limited multiplayer mode that allows up to 4 players to play the game simultaneously. However, you can also play the game as a single player. Hugh Tsai is the producer of the game, whereas Yu-Peng Chen is its composer. The development of the game began in 2017 and was finally released on 28th September 2020. The development team that consisted of only 120 people at the start grew up to 700 by February 2021. The game has been designed using Unity Engine and is available on platforms like PlayStation 4, PlayStation 5, Microsoft Windows, iOS, and Android. Moreover, the game is also going to release on Nintendo Switch in some time. Anyhow, let us have a look at the plot of the game. 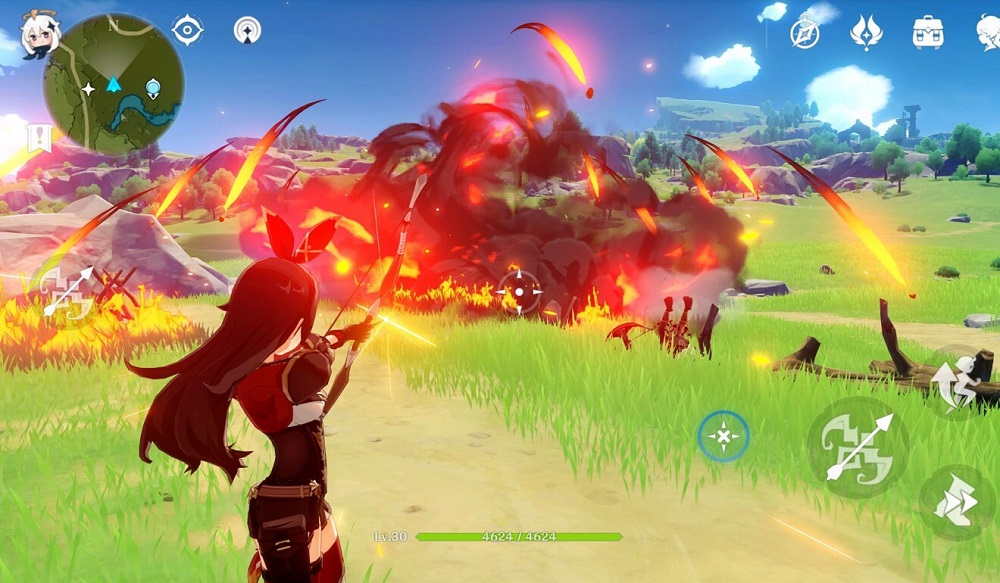 A still from the action role-playing game “Genshin Impact.”

The game “Genshin Impact” sets its base in a fantasy world named Teyvat. This world is home to many distinct nations, particularly seven. Each of those nations is connected with an element, and a God associated with it rules that nation. Anyhow, the story revolves around a twin, who is better known as the Traveler. He has traveled across many worlds with his twin. However, he got separated from him by an unknown God in Teyvat. So, the Traveler decides to travels across Teyvat looking for his lost sibling with his companion Paimon. Consequently, he gets involved in the affairs of the other nations, interacts and confronts their Gods, and hence, explores the world. You can have a look at its state of play gameplay trailer below.

What to expect from the new update of “Genshin Impact”?

The 1.4 Update for “Genshin Impact,” i.e., the next major update for the game, is expected to release in the coming days. In this update, the developers have added a new character, namely Rosaria, with a Venti banner re-run and an array of in-game events. Besides, it was reported that miHoYo has also started working on the next update after this, i.e., the 1.5 Update already. In that update, the developers will be adding the Chasm region if the rumors are correct. However, there have also been a few leaks that suggest the same. Anyhow, now let us talk about the most exciting part of the game, i.e., the character of Yaoyao. The fans have been waiting for Yaoyao to arrive in the game for a long time now. 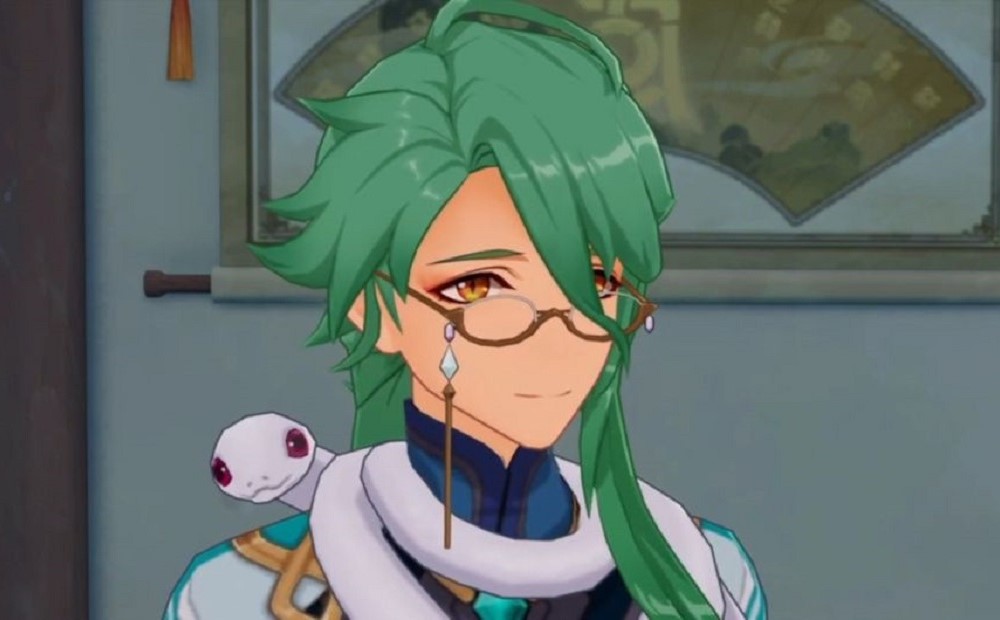 Baizhu is expected to be one of the first Dendro characters to be introduced in the game alongside Yaoyao.

Anyhow, recently, a user posted a video on social media that showed Yaoyao’s walking animation. It didn’t take much time for that video to go viral. Lumie, the popular “Genshin Impact” leaker, posted a tweet that showed Yaoyao’s walking animation. However, he did state in the tweet that the video was from the closed beta phases of the game. Consequently, one can contemplate it to be different when the actual character makes its way into the final updated version of the game. So, for now, we are expecting that Yaoyao will be a Catalyst user. Nevertheless, until the release of the character, it is difficult for us to say anything with a guarantee since the developers may make many changes before that. You can have a look at the walking animation below.

(Footage is from the first Genshin Closed Beta and does not represent any upcoming content.)

Very special thanks to @dimbreathjr for this 🙂#GenshinImpact #原神 #YaoYao pic.twitter.com/DeZoHhfPdl

When is the new update of “Genshin Impact” going to release?

The new update for “Gneshin Impact” consisting of Yaoyao is expected to release at the end of April. Her character will be released in the 1.5 updates. This update is most probably going live at the end of April. So, as of now, this is the expected release date for her character. However, this will only be correct if miHoYo keeps up its routine of releasing updates after every six weeks. So, brace yourselves as one of the most anticipated characters of the game will soon be available to you. Until then, let us know in the comments section what else do you expect to see in the next update for the game. Also, stay tuned for more regular updates on the game.