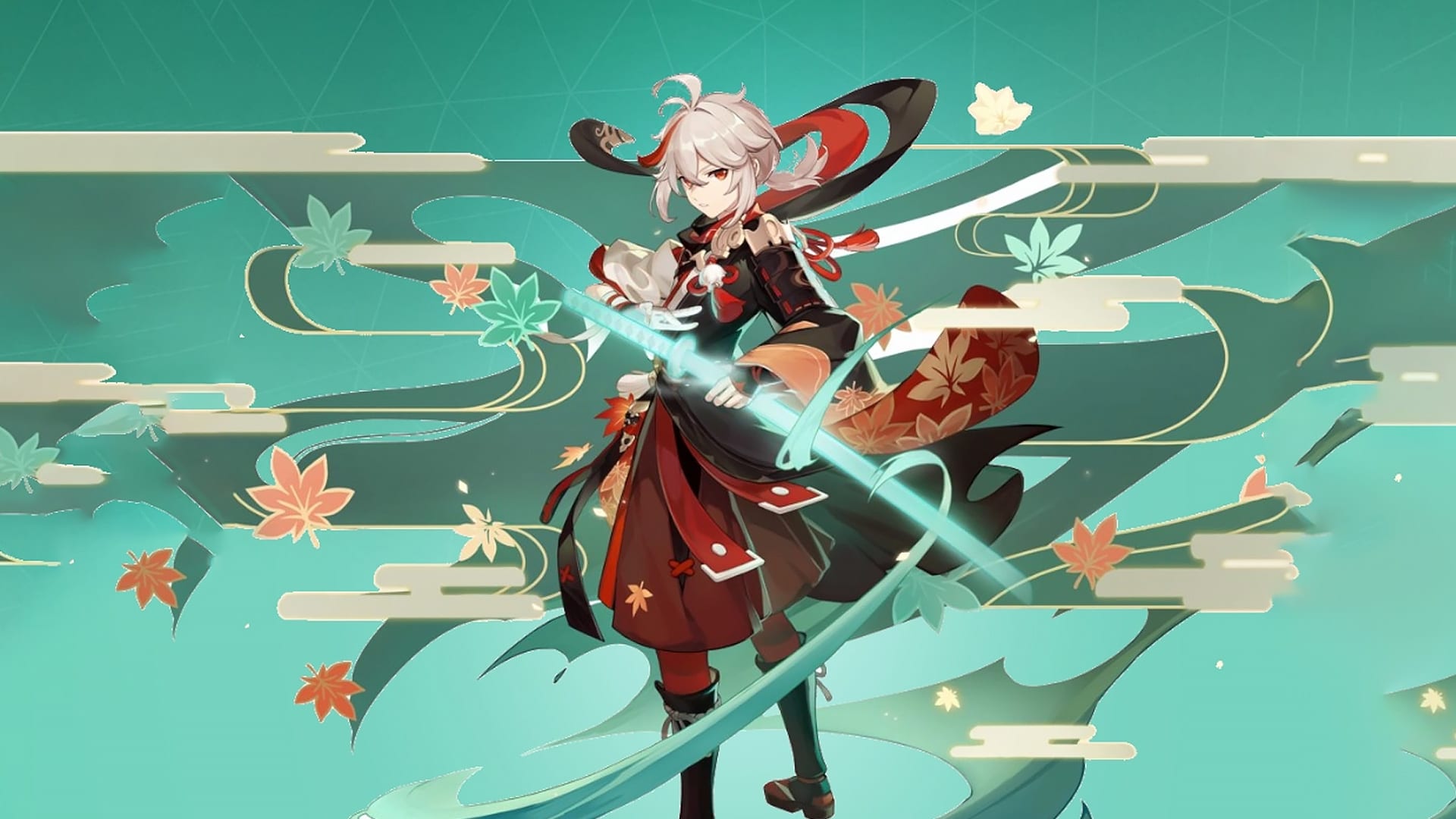 Thanks to the leaker Dimbreath, we have our glimpse of what to expect in the Genshin Impact 1.6 update. He tweeted a video link where we are able to see the upcoming Kazuha cutscene. Even though we have seen the cutscene of Kazuha, we still can’t confirm if this cutscene could be seen in the actual update. But let’s keep high hope that this will make it into the upcoming update.

The leaked cutscene leaked by Dimbreath also has English and Japanese translations of the cutscene. In the Japanese version, we could hear that Nobunaga Shimazaki is the narrator and Shimazaki is the voice actor for Kazuha. The leaked video has also given the gamers an idea regarding the abilities of Kazuha. We could see Kazhuha showcasing his Electro Vision.

Thanks to the leaked cutscene again, we now know how Kazuha got his Electro Vision. According to Kazuha, he got his Electro Vision from his friend who lost in battle. But it is still unclear how this Kazuha story will influence the upcoming quests. But what we can understand is that we will learn more about the Inazuma ronin in their journey through 1.6.

Genshin Impact 1.6 leaks further reveal much new information on the upcoming Midsummer Island Adventure content update. It is expected that this content will include Barbara’s summer outfit gameplay, and along with the first appearance of Baal and Kujou Sara. It is expected that the players are likely to come into conflict with both Baal and Kujou Sara through the progress of the story.

The Midsummer Island Adventure update is expected to release on June 9th. By this, it will give the players the time to prepare for the big expansion that will happen to the game after the update. In the new update, we will see the addition of cosmetic additions and the game-changing storyline. Along with this, there also leaked Barbara’s new Summertime Sparkle skin. Barbara’s skin features similar animations to the original model but comes with a summery outfit.

Players who compete in the Echoing tales evet will be able to win this skin for free. This will be an event where the players are tasked with gathering Echoing Conches. But we don’t know how much we should collect in order to win the event. For which we may need to wait for the 1.6 update.

These all leaks give us a clear idea of how the new update added to Genshin Impact will definitely be pushed forward if these Genshin Impact 1.6 leaks are anything to go by. As said before, the update on June 9th will be a major one for the game. It will be interesting to see how much influence Baal and other characters can make in the storyline. It is said that Baal will be similar to Raiden Mei from Honkai but will be a powerful support character.

The first banner that is set to be released on the latest update will be of Klee’s banner on June 9th itself. This will feature Klee, Fischl, Sucrose, and Barbara. Players will be given the chance to wish for 4-stars that synergize well with Klee. Interestingly, Klee will reappear on a banner after a long time. Klee is one of the strongest Pyro Main DPS characters with powerful damage.

Published and Developed by miHoYo, Genshin Impact is an action RPG. Just after its debut in September 2020, This game becomes an instant hit across all the platforms such as Microsoft Windows, PlayStation 4, Android, and IOS. The game was further made available for PlayStation 5 in April 2021. Shortly after its debut in PlayStation 5, the game was made available in Nintendo Switch. This game has an open-world environment that has an action-based battle system. The characters use their elemental magic to defeat the monsters. The players are even able to switch characters.

Also Read: How To Evolve Eevee Into Shiny Sylveon In Pokemon Go?