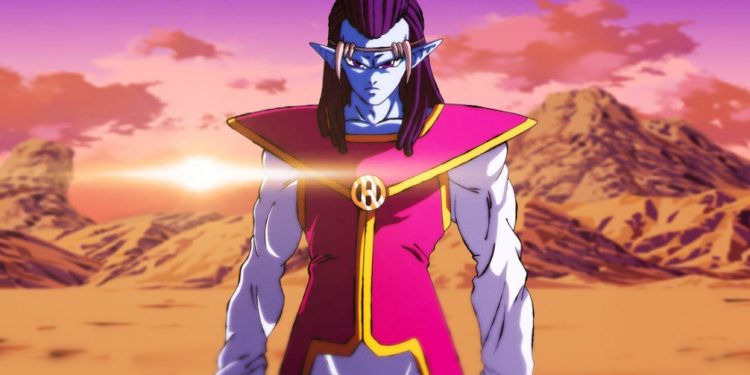 Elec realizes that he has something that he has to handle. Maki and Oil confront Monato. Maki calls Monato an old Geezer and asks him to tell the whereabouts of the Prince of Saiyans Vegeta. Monato refuses to tell, and Oil folds his fist and thinks this Geezer needs some beatings. Vegeta and Granolah arrive behind a hill, and Vegeta feeds Granolah Energy Beans. Granolah gets up and wonders what he ate that made him regain his strength. Vegeta reveals that it is Senzu Bean, and Granolah must not waste time.

Granolah vanished and appeared in front of Oil, almost knock-out Monato. Maki gets scarred and wonders how Granolah gets in front of them. Oil wonders how Granolah survived, and Granolah reveals that the older man is off-limits. Granolah sent the two in midair with a single blast, and Gas saw an explosion from the other side. Gas held Goku in midair with his spear; Monato reminded Granolah about his partner, and Gas realized that Granolah had restored his energy. Monato gives Granolah his face mask, and he puts it on.

Granolah power up and appear under Gas and Goku. He reminds Gas to come to fight him. Gas realizes he has scores to settle with Granolah and tosses Goku away. Gas vs. Granolah begins at an intense speed. Maki and Oil recover and realize that a massive blow has struck them. Oil told Maki not to worry since Gas would win it after punishing Granolah. He believes that Gas is the strongest and untouchable. Gas and Granolah exchanges massive strikes. But they cancel each other’s strikes and land at a distance far from each other.

Granolah tried to use his signature moves to shoot Gas, who used his shield to block the laser beams. Granolah realizes that he must calm, keep his composure, and stop rushing things. Gas sent a gigantic cannonball that Granolah holds, trying to stop it from crushing him to the ground. But Granolah survives that and tries to attack Gas, who sends projectiles and reveals that Granolah is surrounded by 46 of them. Maki and Oil saw an explosion and said that Granolah was toasted. But after the dust clears, Granolah appears carrying all 46 weapons that Gas attacked him with.

Gas realizes that Granolah has blocked all the weapons. Granolah told him to never pull such tricks since they wouldn’t work on him. Monato helps Goku to recover, and Vegeta watches the battle. Vegeta told Goku that Granolah was on par with his opponent, getting Goku excited. Granolah begins to punish Gas, and Oil wonders why Gas receives the beatings. Vegeta realizes that Gas is yet to reveal his true powers. Granolah sent Gas flying with a high kick and told him to stop relying on the same tactics.

Dragon Ball Super Chapter 80 will be released on 20 January 2022. Maki has learned that Gas wants to use his strength to beat Granolah. Granolah asks Gas if that “Wish” didn’t grant him new powers, and Maki wonders if Gas can handle his new powers. Gas gets furious and sends Granolah flying while landing hard shots that make Granolah bleed. Goku noticed that Granolah and Gas were using Instant Teleportation, and Vegeta believed that Granolah could beat Gas. Let’s look at Dragon Ball Super Chapter 80 official details.

Will The Architectural Center Shut Down In School 2021 Episode 10?

Jujutsu Kaisen 0 Movie Global: When will it Premiere in USA, UK, Canada & India?