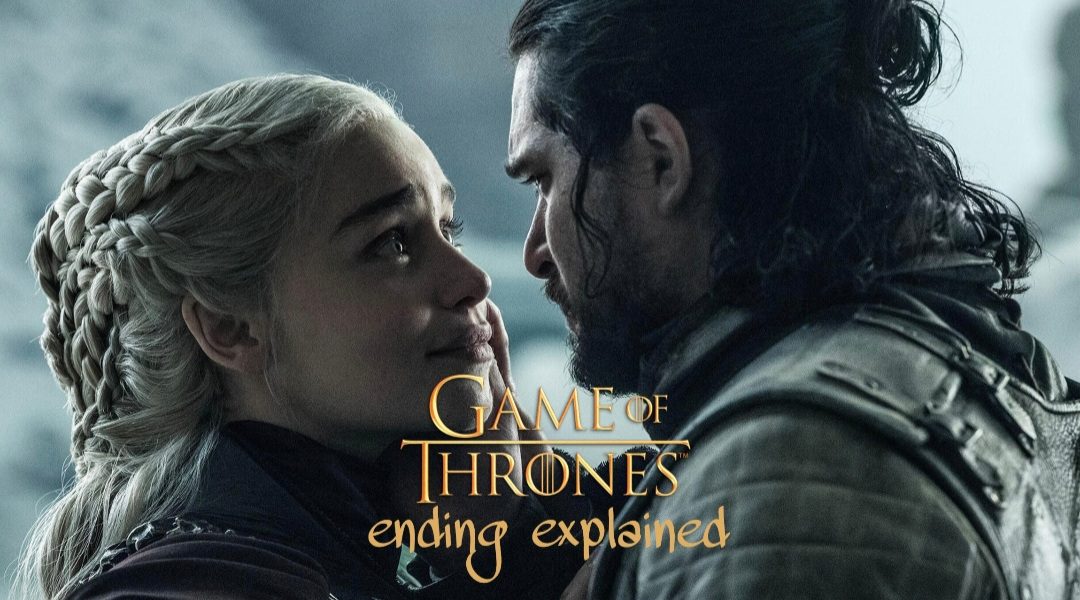 Game of Thrones season 8 concluded the grand fantasy epic on a widely panned ending. However, the finale still had some major effective conclusions to various character arcs. While the ending of Game of Thrones, the TV show, came with Daenerys’s death, it was largely happy otherwise. We saw the Iron Throne melt away, symbolizing the end of an era of bloodshed, politics, betrayals, and all-around misery. A new king of Westeros was chosen, along with a new small council. Sansa finally became the Queen of the independent kingdom of the North.

Arya stuck to her true self and set sail towards the west, where maps end and adventures begin. Jon Snow receives grief and hurts following his actions and gets sent to the Wildlings again. The ending of the beloved series was a bittersweet one. While it saw the departure of some major characters, it also saw many favorites survive. Let us go through some of the major events that the Game of Thrones season 8 finale gave us. If you haven’t finished binging the show yet, we advise you to do so. You’re charting spoilers territory here, you’re warned! 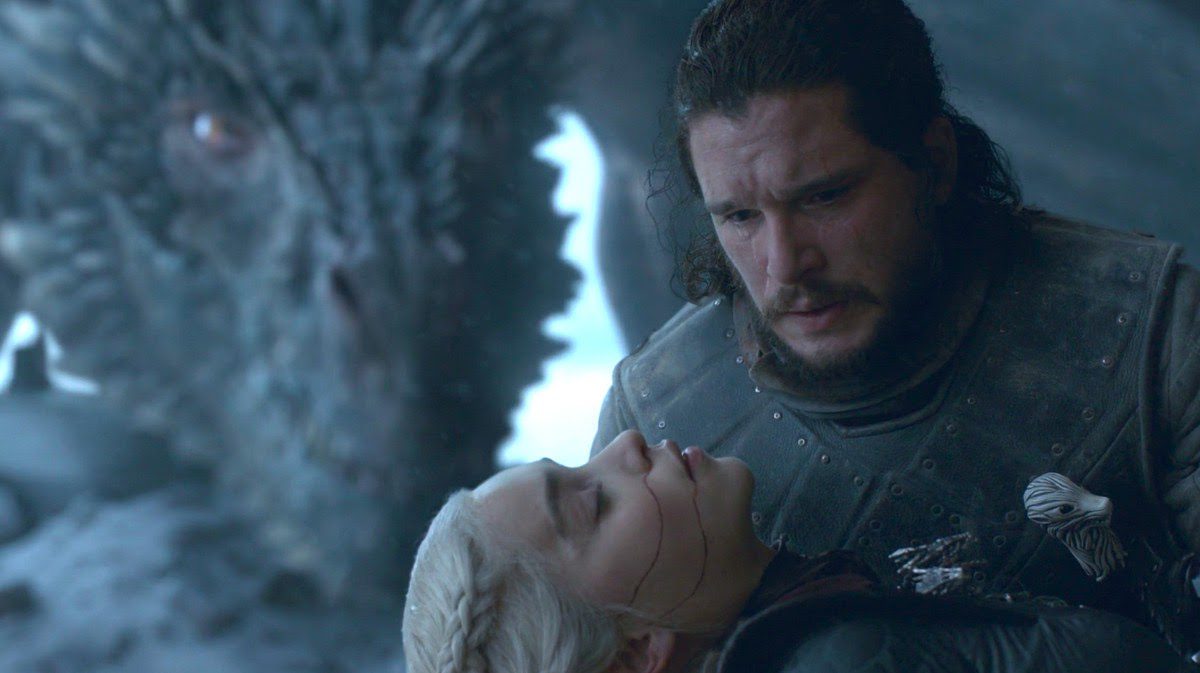 Jon Snow holding Daenerys in his arms after stabbing her.

Game of Thrones season 8 finale marks the end of Daenerys. Her death mirrors that of her father. It was the madness that ultimately led to the downfall of both Daenerys and Aerys Targaryen. Daenerys goes on a dictatorial murderous spree with her dragons blazing down King’s Landing. After seeing her deliver the fiery speech to her army about what the forthcoming conquest entails, Jon has to make the hardest choice. An imprisoned Tyrion convinces him to end Daenerys’s madness. He is also the one who smuggles his brother into King’s Landing. This again mirrors the way both Aerys and Daenerys were betrayed by a Lannister. As Daenerys goes to sit on the Iron Throne, Jon enters the throne room and joins her. After giving her the last kiss, he stabs Daenerys in the heart. Daenerys dies in Jon’s arms, who’s broken and full of grief at what he’s done.

Following Daenerys’s death, a grieving Drogon melts the Iron Throne, symbolizing the end of Targaryens’ reign. Drogon arrived at the throne room after sensing his mother’s death. The colossal shock and sadness of her passing anger the dragon as he unleashes tremendous fire that melts the throne. Drogon picks up her body and flies away with her to an unknown location. 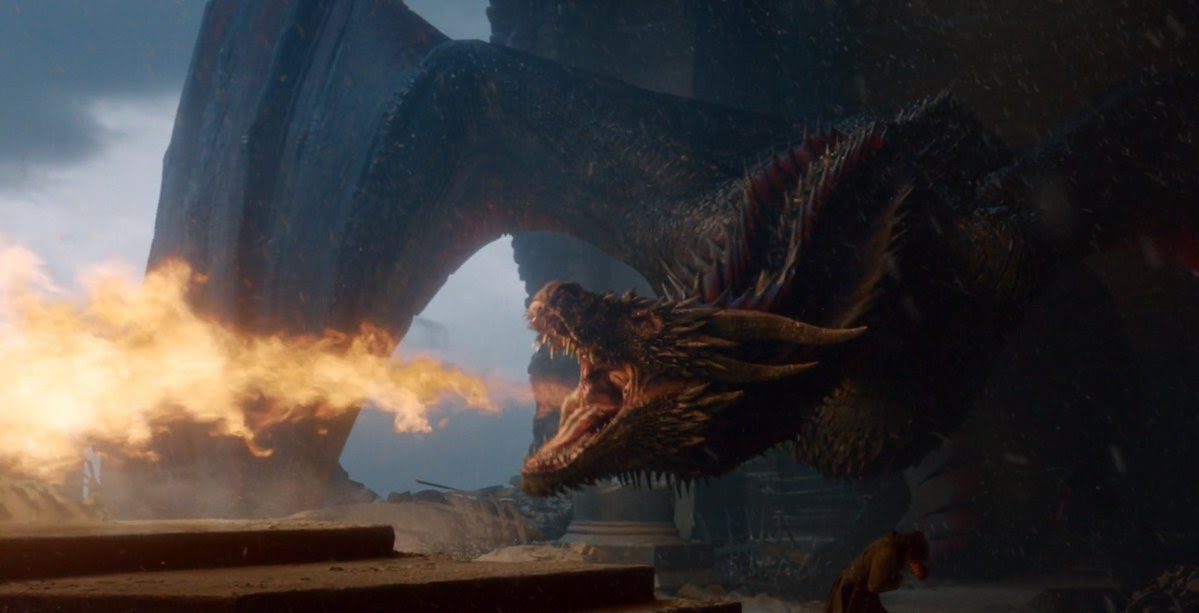 The New King of Westeros

In the ending of Game of Thrones season 8, the lords and ladies of the Seven Kingdoms choose a new ruler. Tyrion eventually convinces the jury to appoint Bran the Broken as the new king. He argues that he’d be the best fit for the position, given his commendable journey. Bran started as a cripple and went on a great journey to the north and eventually became the Three-Eyed Raven. Tyrion claims his power would inspire confidence in the people, making him the right choice. The assembled council then appoints him as the new ruler of the Six Kingdoms. 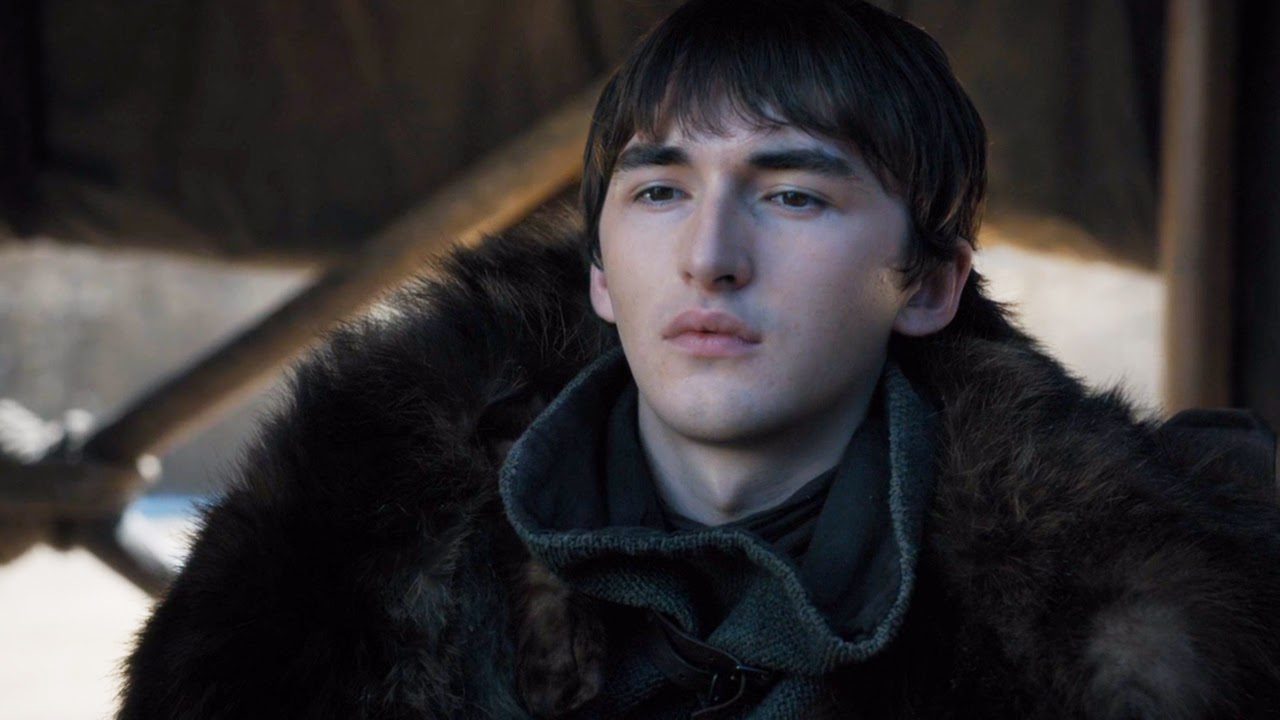 Grey Worm demands justice, following Snow’s murder of Daenerys. She is eventually convinced of the punishment Jon Snow will incur. The punishment entails his exile to the Night’s Watch. Before returning to the North, Jon bids a tearful goodbye to Sansa, Bran, and Arya. He reunited with Ghost upon returning. The ending shots of Game of Thrones show him helping the Free Folk reclaim their land. He has now returned to the North and the Wildlings. In season 1, Jon had realized that the Wildlings weren’t the real enemies. He, later on, lost his own life helping save them. And now he has finally returned and helping them return to the lands they belong to. 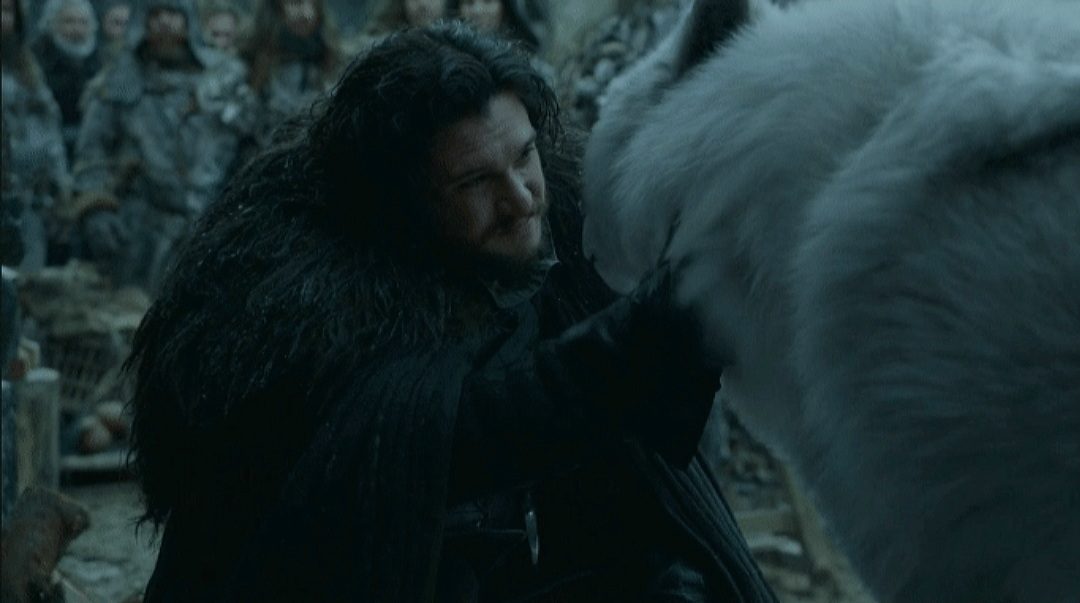 Arya Sets Sail to the West

Game of Thrones season 8 finale sees Arya Stark, the free spirit, head to the west of Westeros. Instead of returning to Winterfell, Arya decides on exploring what lies in the west of Westeros. This is consistent with Arya’s adventurous spirit, who has always chosen adventure over safety. Now she wishes to navigate past the maps, to the unexplored and uncharted territories. Well, actually there has been someone before Arya, who sailed to the west. King Brandon the Shipwright sailed to the west thousands of years before the events of Game of Thrones. What’s more, is that he was an ancestor of the Stark family. He sailed to the west, never to be seen again. It might be possible for Arya to come across her distant cousins, provided Brandon lived. Meanwhile, Sansa is now the Queen of North, which is now a separate kingdom of its own. 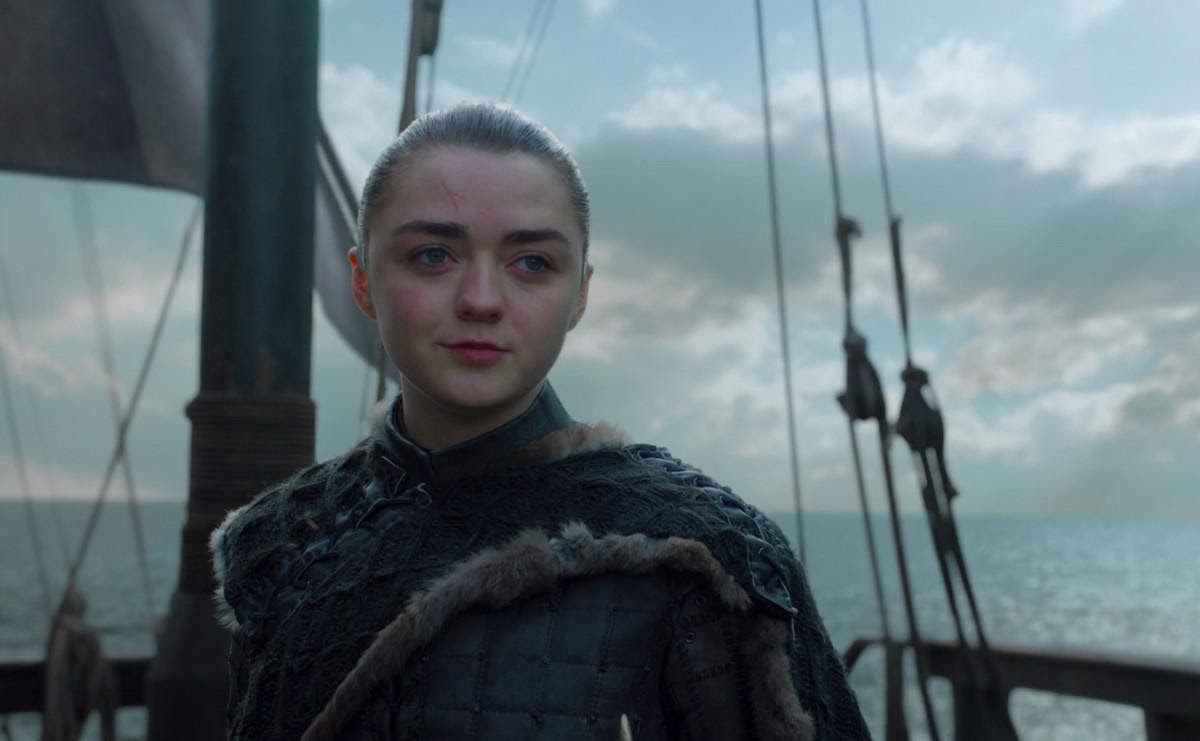 Arya embarks on an adventure in Game of Thrones season 8 finale.

At the end of Game of Thrones season 8, Tyrion is the last surviving child of Tywin Lannister. The new small council appoints him as the Hand of the King. Grey Worm objects to him reassuming his role as the Hand, but Bran insists he must assume the role again. He says that his return to the role will be his punishment. Tyrion will have to, as Bran puts it, undo the damage done during his previous tenures. The new council is the best one so far. Free of power-hungry hounds, it comprises a saintly bunch, in comparison. The council includes Ser Davos as the Master of Ships. Samwell Tarly is the Archmaester. Ser Bronn is Master of Coin, Brienne is the new leader of Kingsguard. There are a few roles that are still vacant, however. There is no Master of Whisperers, Master of Laws, and Master of War.