Lalisa lands in trouble as she is being suspected of murder. Meanwhile Non and Jane contemplates about their feelings 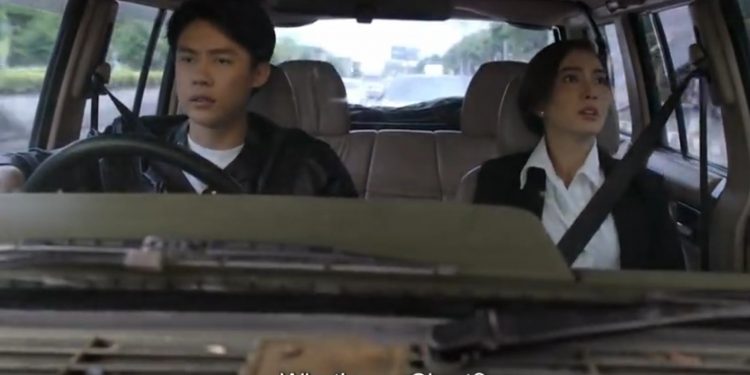 Game Of Outlaws Episode 12 will witness a tense situation as Lalisa has been in police custody. In such a strained predicament, the option of her getting out was extremely bleak. Will Lalisa be held responsible for the crime she never committed? What difference will it make between her and Jane’s relation? Meanwhile, Jane was also present with her at that time in the scene. Will it change her dynamics with Non?

Game Of Outlaws is known for its storytelling concept, and also the chemistry between the actors needs to be taken into consideration. Will the differences between Lalisa and Jane get over, or will they remain the same? Fans keep waiting for this drama, and why not. From power-packed scenes to a pinch of romance over noodles, Thai drama Game Of Outlaws has it all for us. The different shades of the main lead characters make the drama even more compelling, where who is wrong is one difficult question to ask.

When Will Game Of Outlaws Episode 12 Release?

Game Of Outlaws Episode 12 will release on 8 December 2021. The drama has a total of 19 episodes with an approximate duration of 1 hour 30 minutes. The first episode of the series got telecasted on 28 October 2021, and if everything goes accordingly and no changes take place, then the drama will have its final episode on 30 December 2021.

Game Of Outlaws Episode 12 will be aired on its original network Channel 3. For the international audience, the drama is available on the global streaming platform Netflix. You need to buy a subscription plan to avail this drama. Choose according to your preference, and then you are all set to enjoy the crime thriller series. Game Of Outlaws airs two days per week, Wednesday and Thursday.

Trouble seems to have dawned upon Lalisa as she is being accused of attacking Captain Phongsathorn. However, according to her statement, she didn’t. Inspector Non went deep into the matter as Lalisa is being threatened that she will be convicted though, she never committed the crime. Meanwhile, Lalisa informed that Jane was also present with her at that moment. Non went to meet Mavin only to ask Lisa to be the witness as Lalisa has been accused of Lieutenant Sarin’s murder.

Jane mentions how it was going to be difficult for Lalisa to come out of the situation as Captain Phongsathorn was against her. In the conversation, she mentioned how Lalisa would be glad to know that Non was trying so hard for her. Maybe Jane was not confused about her feelings for Non. However, the person whom she was up against in this game of love was her sister.

Even after asking several times, Lalisa was not ready to open in front of Jane about the case. Her complicated relation with Jane was one of the reasons. To top it all, no evidence in the crime scene made everything even more difficult. However, at the right moment, the police presented proof in favor of Lalisa, and finally, she was declared to be innocent. With that, Lalisa regained her position in her office.

Meanwhile, Caption Karjon wanted Lalisa’s team to continue their investigation on Singh, and this time, since the tables have turned, Captain Phongsathorn will have to follow the order given by Lalisa.

Though it seemed as if everything was in place, however, that was not the scenario. Inspector Non was kidnapped by some men, and now the question arises, will his team be able to help him?

The relation between Non and Jane is in a complicated state where both know how they feel for each other. However, the situation goes west. Also, Non is now in grave danger, and it will be interesting to watch how he gets out of that situation.