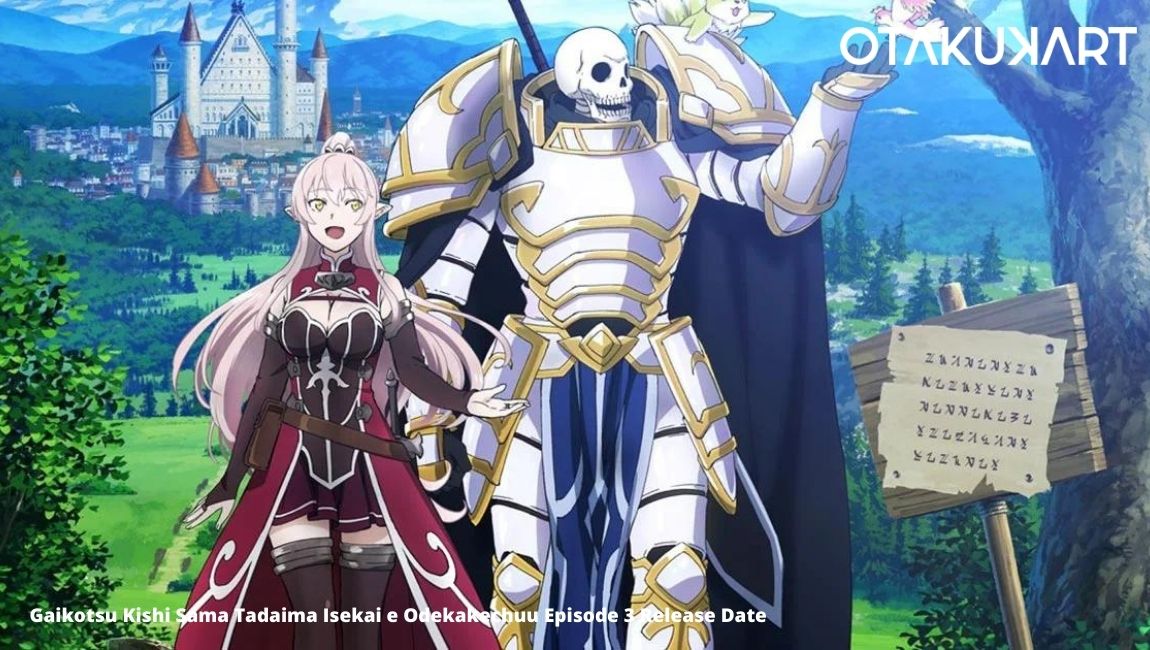 Gaikotsu Kishi-sama, Tadaima Isekai e Odekakechuu Episode 3 has been scheduled for its weekly release. The latest isekai anime series titled “Skeleton Knight in Another World” has already captivated the viewers within the release of its first two episodes. The series was released as a novel series later was out as a light novel, then manga, and then finally as an anime. It was produced by Studio Kai Hornets and was released on 7th April 2022. The plot of the series takes us into a typical isekai story where a young gamer suddenly finds himself in an online game. Upon reaching, he saw his reflection in the river and was shocked to see himself as a skeleton.

This happened due to his special avatar in the game. In order to survive in an unknown place, he decided to hide his appearance and search for someplace to live. He began to keep an eye on a group of bandits who were attacking some people at a distance. He was not sure whether to interfere or not, but when he saw two women about to get raped by those bandits, he sprang into action. He killed those men and saved those women who introduced themselves as Lauren and Rita Fareen. So, this is a rundown of the series so far. Let’s see Skeleton Knight in Another World Episode 3 Release Date.

Skeleton Knight in Another World Episode 2 was released on 14th April 2022 and was titled “A First Job, a Girl’s Wish, and an Approaching Shadow”. The Eisode had a very sweet beginning as the two girls saw their mother going out in the morning. In the morning, the skeleton knight visited those girls and asked for their mother, who was not available at that time. He informed Helina that he accepted the job of picking the herbs her mother told him. Both Marco and the Knight went into the forest to pick herbs, but Knight asked her to is this job was a matter of urgency. He informed her how he was posted somewhere else for the protection of the area. Marco tells him about the death of her father, who used to pick the herbs. So, Marco was doing this in order to make her mother happy.

Skeleton Knight was shocked after listening to this as, at her age, he used to play video games only. They shake off the thoughts and move forward to pick many herbs to make her mother happy. While they were collecting the herbs, he sensed a danger that turned out to be a flying squirrel who was hurt. He picked that squirrel up and healed his leg that hooked Helina too. As the squirrel wanted to follow him, they named it Ponta. While Marco’s mother is coming back, she gets to know that Marco has left for the forest with a fancy-looking Knight. As they went deeper into the forest, they got attacked by a huge lizard. So skeleton knight gets to fight it and finally defeats it after some struggle. 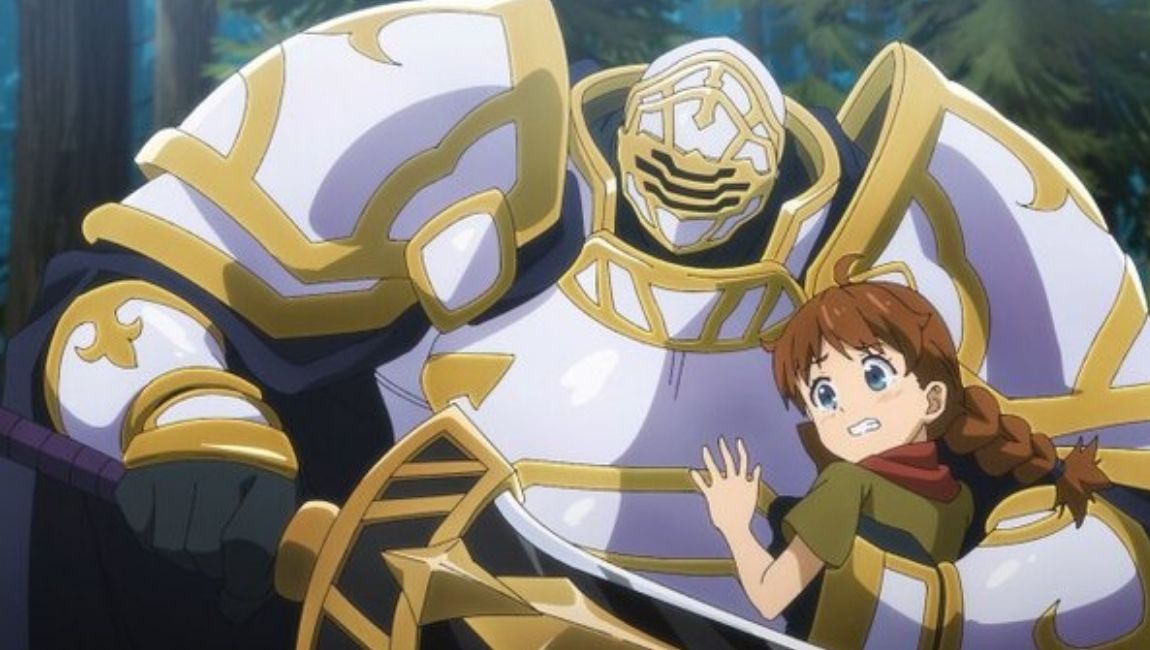 Skeleton Knight in Another World Episode 3 release date is scheduled for his coming week. In the previous Episode, we saw how the skeleton knight takes down the poison basilisk. After that, they spotted a huge boar and took him for a feast with the villagers. Upon returning, Marco faced her mother, who was very worried for her, and saw how many herbs Marco had collected. In the evening, Skeleton Knight and Ponta left while Marco asked whether they would meet again or not. Gaikotsu Kishi-sama, Tadaima Isekai e Odekakechuu Episode 3 will release on 21st April 2022 and is titled “An Austere Elf Dances for her Comrades”. By the end of the Episode, we saw how the royal army was trying to kill the huge lizard and wondered about the one who killed it alone. 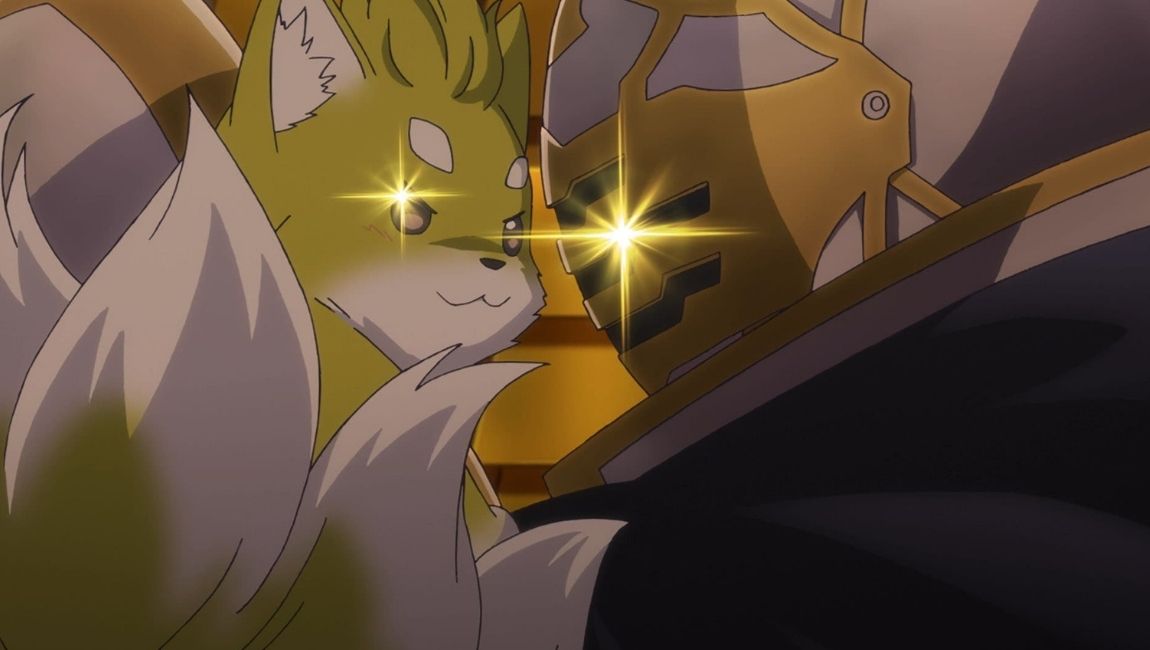 Skeleton Knight and his squirrel Ponta

Skeleton Knight in Another World Episode 3 release time is set for Friday at 12:30 AM (JST). You can watch the whole series and the newly released episodes officially on Crunchyroll.