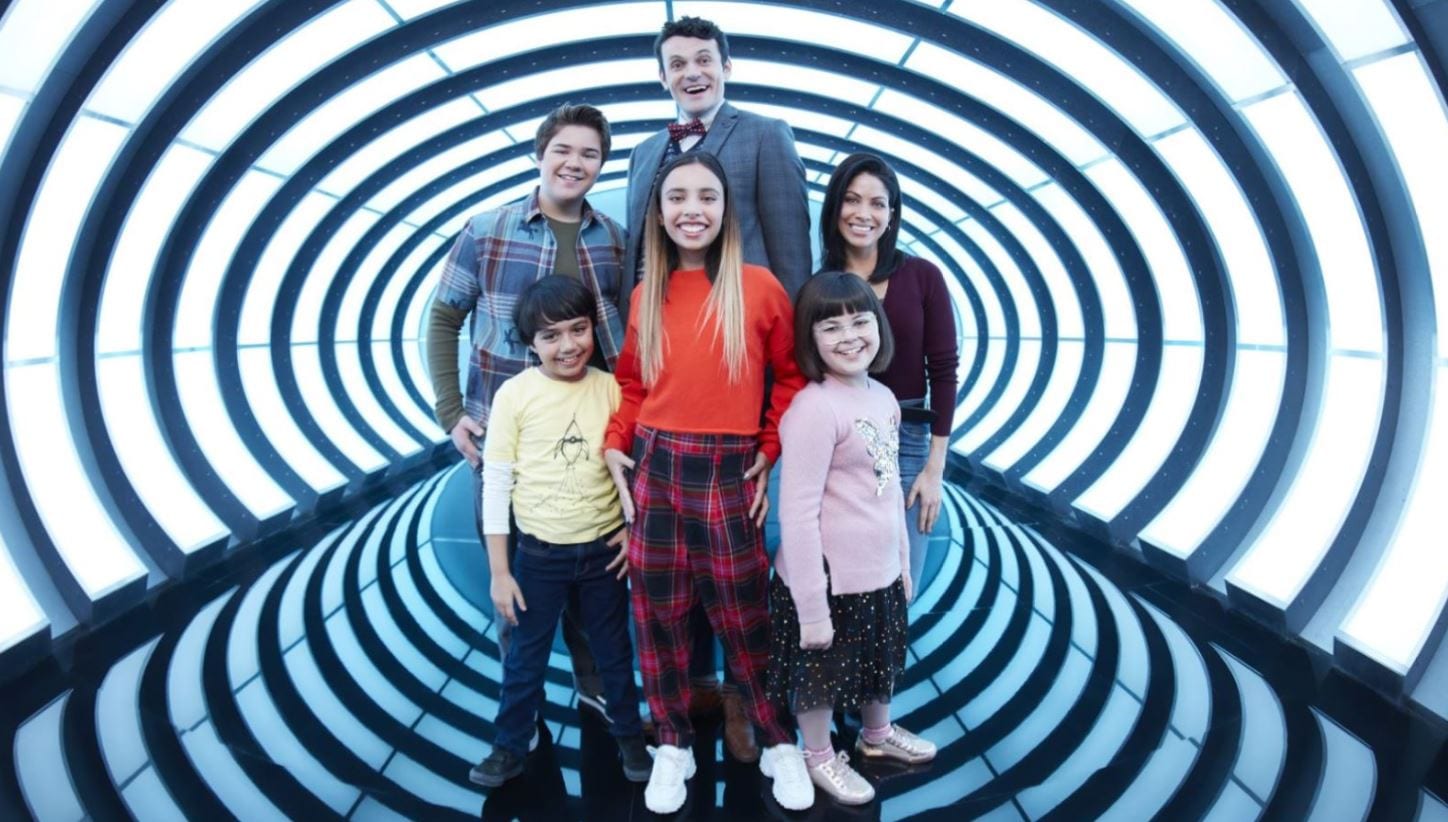 The cast of Gabby Duran and the Unsittables Season 2

Gabby Duran & The Unsittables Season 2 Episode 2 is right around the corner as we had the season premiere only last week. The show is about a 13-year-old girl Gabby who was overshadowed by her successful mother, Dina, and her smart young sister, Olivia. But when the Duran family moves into Havensburg, Colorado, Gabby too, gets her time to shine as she gets a babysitting job from her School Principal, Swift. But this isn’t any ordinary babysitting job as it was to deal with an unruly group of VIP extraterrestrial children. They have been living on Earth, hiding by being disguised as humans themselves. Gabby makes use of this opportunity to use her resourcefulness and fearfulness to step up to the challenge. She has decided to protect the children all while trying to hide their secret identities in several out-of-the-world adventures.

Gabby Duran & The Unsittables is an American Sci-fi comedy TV series based on the novels written by Elise Allen and Daryle Conners. The show itself is created by Mike Alber and Gabe Snyder and premiered first back on the Disney Channel on 11th October 2019. The series deals with a group of shape-shifting aliens from Gor-Mon. Here, Principal Swift looks after the extraterrestrial children. While the interactions between Gabby and the children are seen as valuable life lessons. The most prominent one being about empathy and the importance of accepting those who are different. The show stars Kylie Cantrall, Callan Farris, Maxwell Acee Donovan, Valery Ortiz, Coco Christo, and Nathan Lovejoy.

Gabby Duran & The Unsittables Season 2 Episode 1 titled “Mom Wipe” starts with utter chaos. All of a sudden, Gabby and Olivia’s mom Dina decides to show up at Principal Swift’s basement. Here she witnesses Swift and Jeremy turn into aliens, because of which she gets tied up in there. As Dina wants to call the police, Gabby tries to reason with her disclosing how she had always known about their true identities. Nevertheless, Dina is not convinced, thinking that her daughter may have been brainwashed to say so. So, having no other option, Principal Swift decides to freeze Dina for the time being using a remote device.

The only thing that they could possibly do is to wipe off that particular part of Dina’s memories. For this, they ask Sky to make use of her telepathic powers to erase her memory. But for this, Sky requires a special focusing cream that amplifies her powers called Psychrotonium. So, Gabby and Wesley retrieve it as Sky using her powers, creates a portal for Gabby to enter Dina’s brain.

Inside Dina’s mind, Gabby sees an expanse of countless memories. Gabby finds the memory orb she was looking for, where she learns that Dina was only trying to protect them. After the memory wipe is successful, Dina wakes up to have no recollection of the preceding events. Dina tries to find Olivia as both her daughters pamper their concussed mother with dinner. 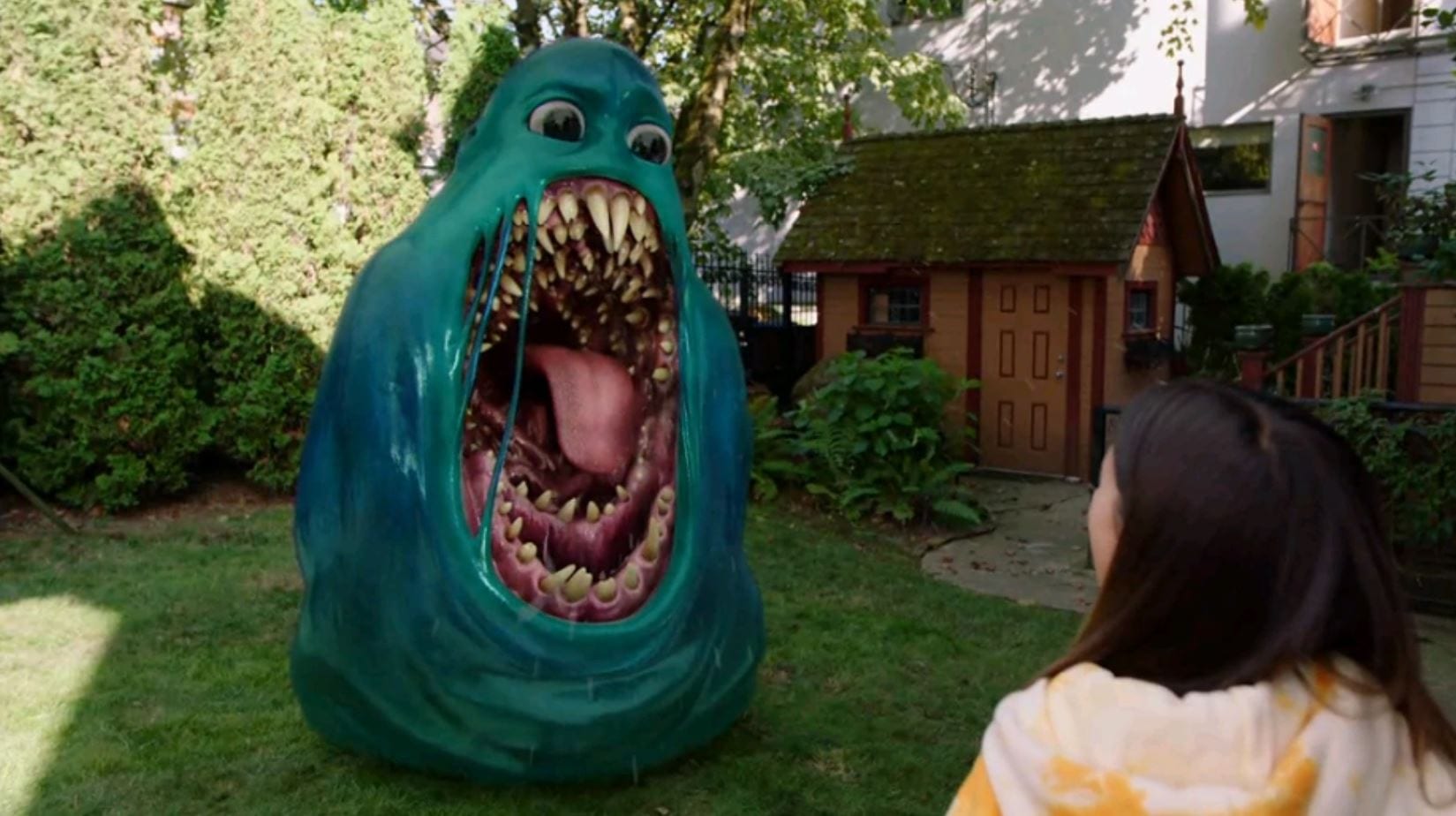 Jeremy in his Alien Form

Meanwhile, due to all the events that were occurring, Principal Swift took a leave from school. Instead of him, Jeremy goes in to take his place. But here, Jeremy goes in as a new cool student who doesn’t follow rules. Under the persona, Jeremy wreaks havoc in the school, pulling serious pranks everywhere. Susie who becomes suspicious of Jeremy, goes in to file a complaint against him. But Jeremy, disguised as Principal Swift, suspends Susie from the school. Seeing all this, the school superintendent decides to confront Jeremy causing his mischief to finally stop.

Also Read: The Conjuring: The Devil Made Me Do It: True Incident Breakdown And Comparison

When Will Gabby Duran & The Unsittables Season 2 Episode 2 Release?

Gabby Duran & The Unsittables Season 2 Episode 2 is about to be released on 11th June 2021. The episode will be titled “Gabby’s Big Break”. Gabby Duran and The Unsittables episodes are scheduled to be aired at 8:50 pm ET / 7:50 pm CT. If you wish to be one of the first people to watch the episode, all you need to do is tune in at the right time. For this, you must convert the above-mentioned time to your local time zone. “Gabby Duran and The Unsittables” follows an episode release pattern of one episode every Friday. These episodes have a runtime of somewhere around 30 minutes.

Also Read: When Is Cruella Coming To Disney Plus For Free? 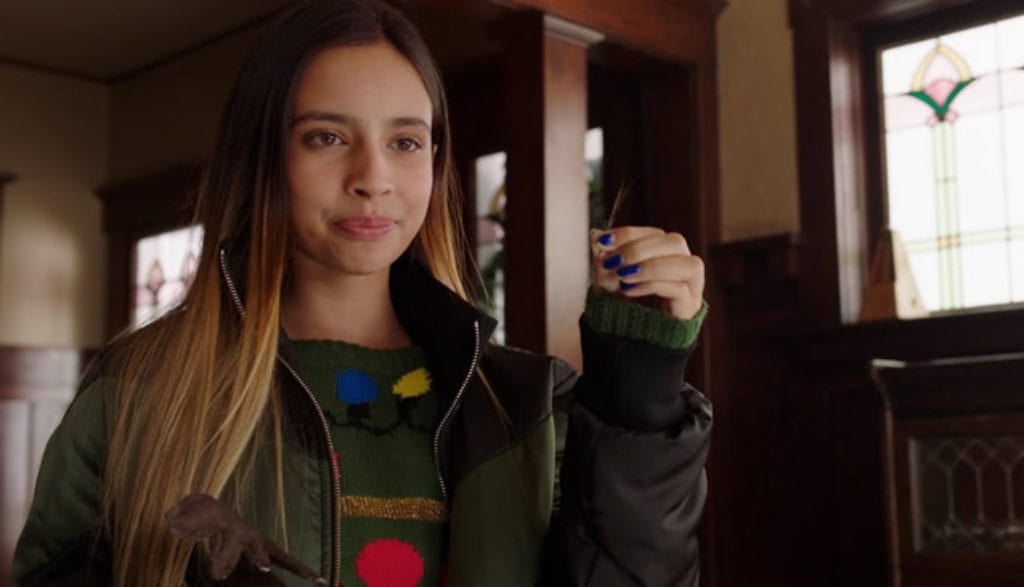 A Day off has Gabby rethink her time away from babysitting

Gabby Duran & The Unsittables Season 2 Episode 2 titled “Gabby’s Big Break” has Gabby taking a break. Swift asks her to take a break from babysitting, thus having Gabby focus on other stuff. But throughout her time working with the alien clan, Gabby has started accepting the job as a part of her life. Now, she loves her job because of which she is unwilling to step away from it. So. Now that she had taken a break, Gabby was in a dilemma to break away and deal with her own set of problems. Unfortunately, it is difficult for her to break her habits. 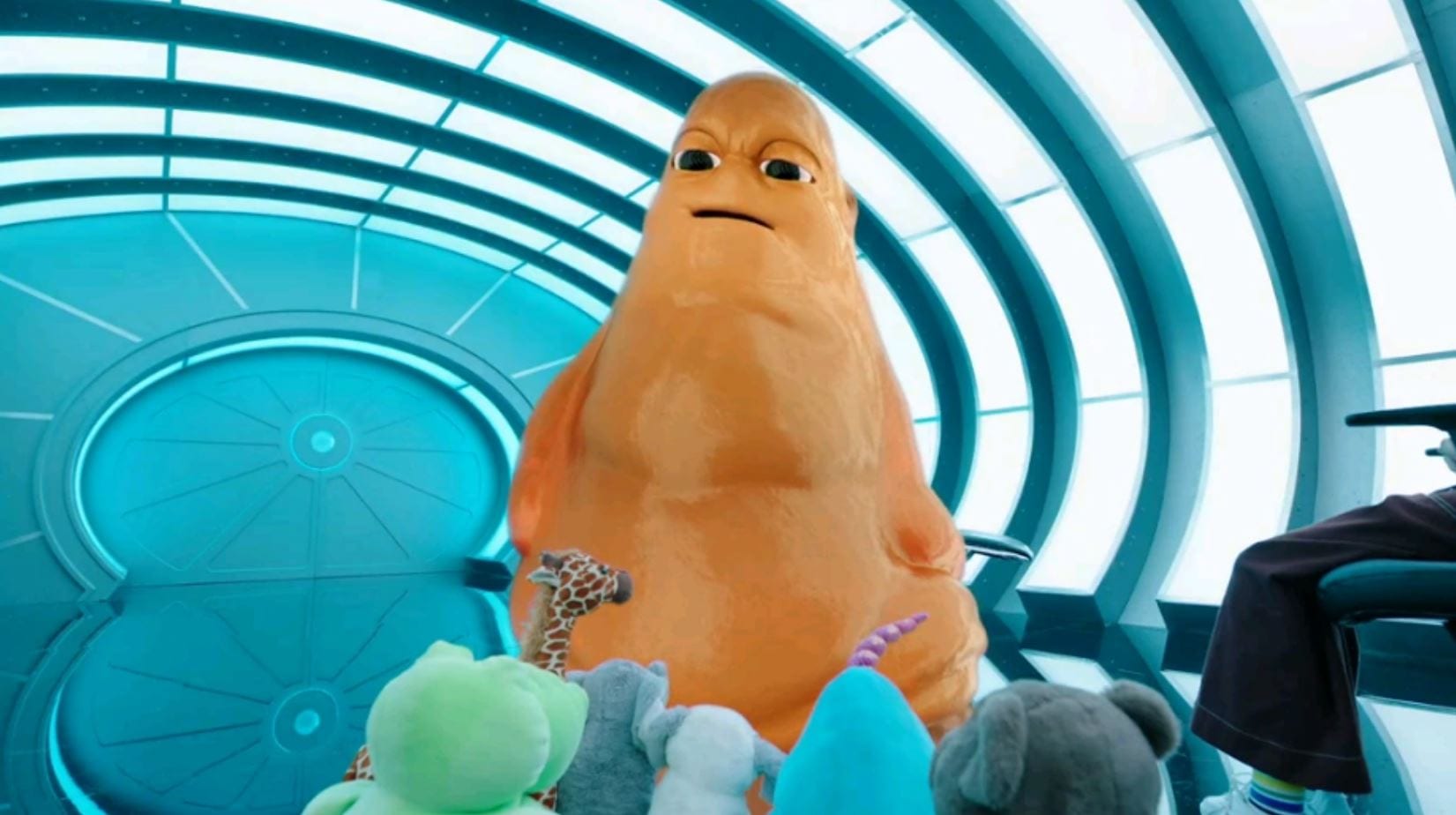 While Gabby Duran & The Unsittables Season 2 premiered on 4th June 2021, we have the release schedule for future episodes as well. The confirmed release dates are as follows:

Also Read: Disney’s The Owl House Gets Renewed For Season 3 Ahead Of Season 2 Premiere

Who are in the Cast of Gabby Duran & The Unsittables?

Kylie Cantrall takes on the role of the titular character, Gabby Duran. Gabby is a 13-year-old girl who has been overshadowed by her successful mom Dina and smart sister, Olivia. But now, in Colorado, when has finally got her moment to shine in babysitting the extraterrestrial children. Joining her is Maxwell Acee Donovan, who has previously appeared on An American Girl Story: Maryellen 1955 – Extraordinary Christmas. He takes on the role of Gabby’s best friend and conspiracy theorist, Wesley. He also knows the secret regarding the extraterrestrial children and often helps Gabby in her babysitting. Callan Ferris, who has once appeared on Grey’s anatomy, joins the cast as one of the aliens, Jeremy. He is a shape-shifting blob alien called Gor-Monite, who also happens to be the heir to the throne of Gor-Monia. He was Gabby’s first assignment for the babysitting job. Jeremy’s real name is Francis. 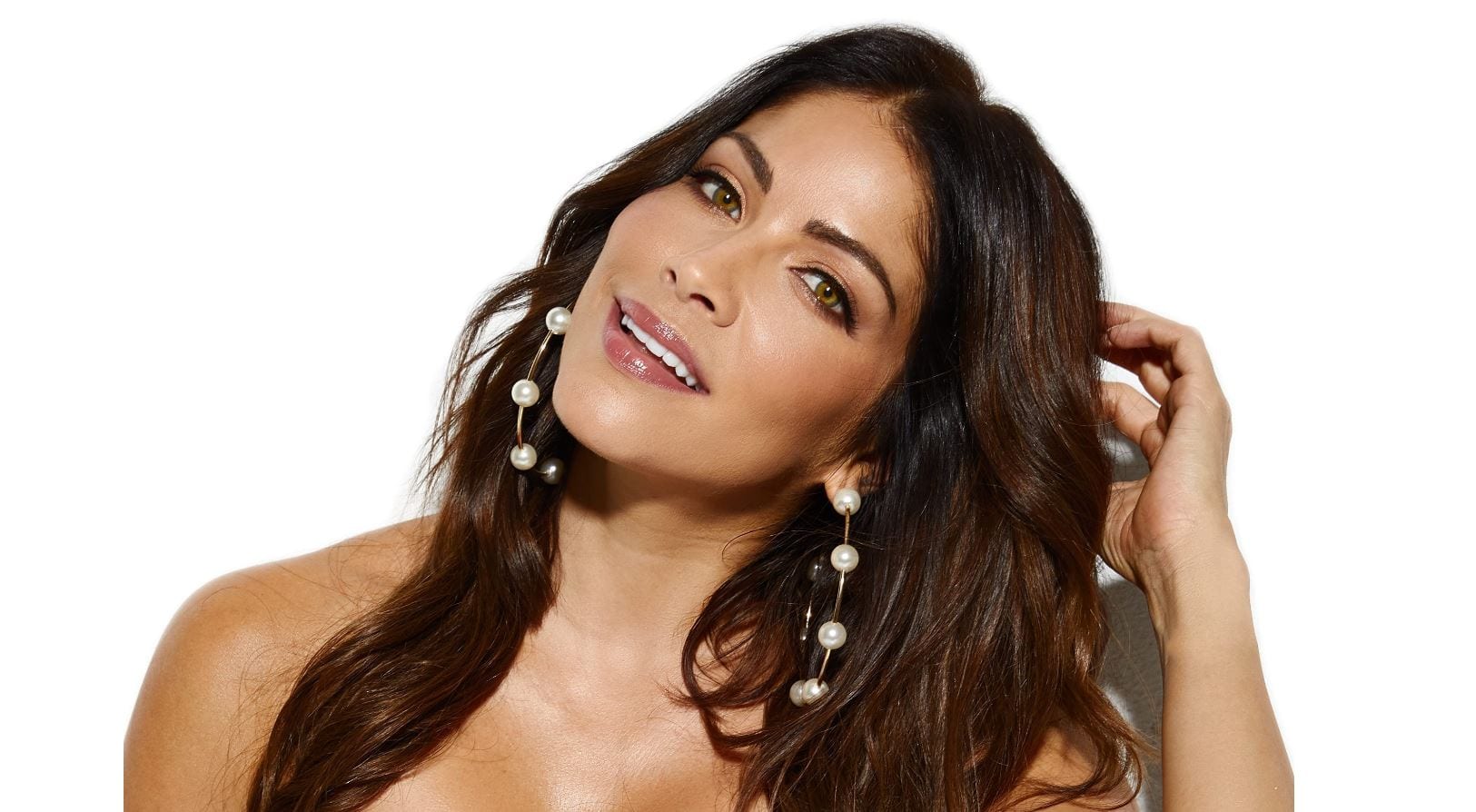 Coco Christo acts as Gabby’s overachieving smart younger sister, Olivia. She is quick to find out about the aliens and Gabby’s babysitting job. While at the beginning she thinks that they are dangerous, soon enough, she starts to have a liking towards them. Valery Ortiz, who appeared on NCIS as Carrie and Maria in Agents of S.H.I.E.L.D. play the role of Gabby and Olivia’s successful mother, Dina Duran. She works as a news reporter for Channel 6. Nathan Lovejoy, who appeared in the Bombshell as Martini Gotye and Will Sharpe in The Code, plays the role of Principal Swift. Principal Swift is also a shape-shifter from Gor-Monia who is Jeremy’s Uncle. He works as the Principal of Havensburg Junior High. He is the one who enlists Gabby’s service to babysit alien children, starting with Jeremy. It is later known that Swift’s real name is Granis.

Where to Watch Gabby Duran & The Unsittables?