Gabby Douglas, an American Artistic gymnast, is the all-around Champion of the 2012 Olympics. She also supported the teams to get a gold medal at both the 2012 and 2016 Summer Olympics. This 25-year-old athlete has patented different titles after her name. She is the first African-American gymnast to become the all-around champion at the Olympics. She is also the first gymnast of the U.S. to win gold both for individual and team competitions for the same.

Not only in sports, but she has also ventured into the media Industry with her show, ‘Douglas Family Gold’ which is a reality TV series based on her own life. There is also a biopic made on her, The Gabby Douglas Story. She is also the author of her books which include her life story portrayed with the names ‘Raising the Bar’ and Grace, Gold, and Glory: My Leap of Faith. This was all about her Professional life. So, let us now browse about her emotional endeavors. Who is Gabby Douglas dating? Keen to know this right! Be with us throughout the article.

As of 2021, Gabby Douglas is not dating anyone. The American Gymnast has a lot more going on in her life. She is just focused on her career and ambitions. Gabby is very open about her relationships and even mentioned them on her show. In her discussion with her elder sister, she stated that her whole attention is just on the gym and training. She is not looking for a boyfriend right now. Her life is fully loaded from dusk to dawn so maintaining a relationship is not easy for her. Gabby’s elder sister also hinted about the same saying that Gabby needs something that requires less maintenance, ‘a Cat’ she added as a satire. There is also no record of her past relationships. 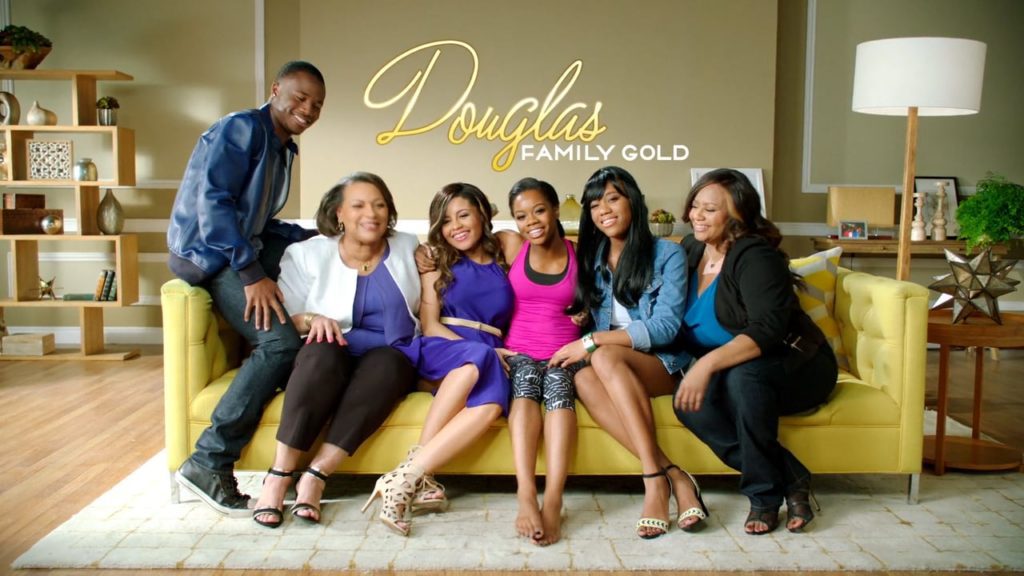 Gabby Douglas on her Show

Gabby is quite connected to her family and keeps everything certain between them. She has made it clear many times that she is not seeing anyone in the present. As she is now officially retired from the Olympics, we can expect new beginnings in her personal life. Her reason for not dating anyone was just her game. She is now looking for a normal life or maybe a life partner? Maybe she will have a boyfriend soon?  Maybe a Husband? You know right, where to look out for her personal life updates? Yes, it is her very own show, Douglas Family Gold.

From making her first International debut in 2008 to her participation in the Rio games 2016, Gabby’s career has been filled with numerous accomplishments. As of 2021, she is not part of the Tokyo Olympics. In 2012, she was named the Associated Press Female Athlete of the Year following up her performance at the Olympics in London. She was also featured in the ESPYs as the Best Female Athlete and Best U.S.Female Olympian in 2013. Recently she gave a winning performance for the inaugural season of “The Masked Dancer”. She displayed her gymnastic moves and again continued her legacy of the champion even off-bars. Gabby is also determined to continue her acting career. Her previous roles were for ” Love, of Course” and “Same difference”. 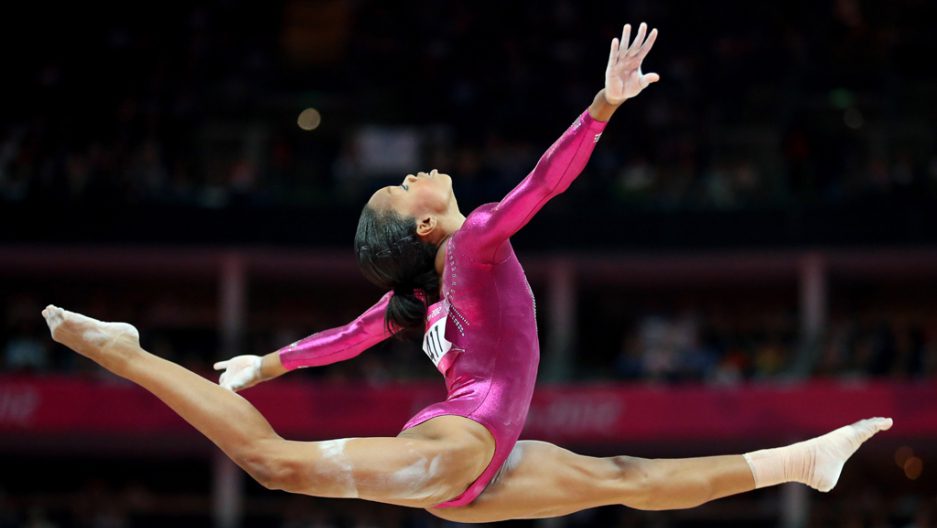 Gabby Douglas at the 2012 London Olympics

Gabby has faced several allegations since her childhood for her skin color yet she managed to come over all the negativities. She even conducts various awareness sessions for the teenage group. Gabby is also involved in various philanthropic activities. Her dedication has always been acknowledged. She is also been the recipient of the BET award for two consecutive years. Right now, she has taken a break from sports and thrives to live a normal life now. She is committed to just her work and family. Gabby also has a special one in her life.No, don’t get me wrong here. She is single but does have someone special, that’s her dog. Douglas manages to hide her dating life from the media. We are still looking for clues. Stay connected and we will keep you updated.