Futsal Boys Episode 1: All That You Need To Know 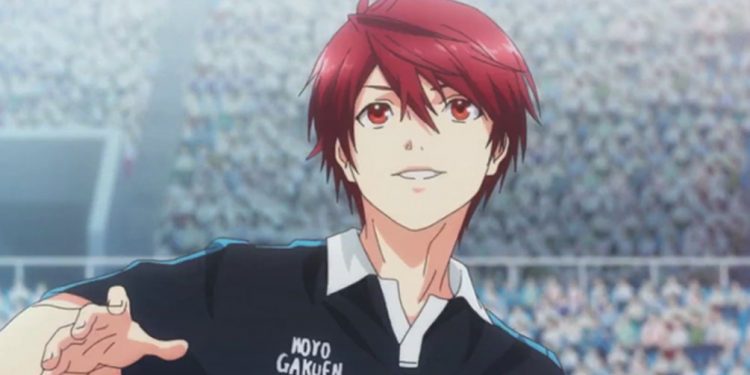 Futsal Boys Episode 1 reveals a group of boys entering completion to gain huge prizes. Futsal Boys Episode 1 is set to premiere this month. It is Japanese multimedia based on futsal—an anime tv series by Diomedea premiering in January 2022. Bandai Namco Entertainment developed the series’ video game that will also be released soon. The project of this series was announced in October 2019, and it was also revealed that Diomede would produce the animation. The anime was expected to premiere early in February 202, but the series got interrupted and delayed to 2022. Futsal Boys became a tv series after getting delayed.

Shoji Yonemura wrote the series’ scripts, and Yukina Hiiro worked with its direction. Tomomi Ishikawa designed the characters, and the music was composed by  R O N. It is set to be broadcast in January 2022 on Tokyo MX, BS11 & MBS. The opening song “Bravemaker” was performed by Takao Sakuma and STEREO DIVE FOUNDATION works with the ending theme song. Haru Yamato is the main character joined by Seiichiro Sakaki, voiced by Shuto Ishimori, Toi Tsukioka, Tsubaki Yukinaga, Ryu Nagumo, and Taiga Amakado.

The supporting characters are Louis Kashiragi, Shin Yuki, Takumi Kuga, Kaito Kazanin, Sei Kyogoku, Tomoe Futaba, Kyosuke Aiba, and Rio Hanamura. This will reveal competitions between teams as they work hard to reach higher heights. Futsal is similar to other sports like soccer or football, but it has different rules that each team has to follow, and the team that earns more points and wins more matches advances to the next round. Haru Yamato leads his team and wins more competitions but bumps obstacles and rivals that challenge them. Ten years have passed since futsal became popular worldwide. The upcoming episode is titled: “Dream, Kick-Off.”

Every boys’ dream was to play futsal and become successful and famous. Japan produced many star players, and most of them were born there. The adults encourage the youngsters to play futsal; they know that they become futsal legend after playing it for so many years. Everyone in Japan has been enthusiastic about futsal. They know that this happens once a year, and the final take place once after the dominating team wins it. Haru Yamato grew up watching sports. One day, he attended the final of the U-18 World Cup and realized that it was exciting.

Haru noticed that players have different styles, but the one that stole his heart with his style of play was Tokinari Tennouiji. Tokinari is the best and respected player in Japan and has become an inspiration to the young Japanese. He represents Japan, and everyone loves him since he puts their country on a map. After the world cup final, Haru decided to play futsal and vowed to become Japan’s best futsal player. Haru realizes that he can be like Tokinari and achieve his goals. Later he joined the Koyo Academy’s Futsal club and made friends who helped him achieve his dreams. Haru knows that watching Tonikawa changed his life.

Koyo Academy’s Futsal club is famous around Japan, and many star players were born there. They build a solid team that becomes unbreakable during the tournament. Haru and his friends have realized that they will get selected to represent Japan one day. His friends admire him for his passion for the sport and how he sacrificed to reach great heights. They know that practicing with Haru will help them earn great ranks. Koyo Academy’s stuff reveals about the upcoming tournaments that will begin soon.

Futsal Boys Episode 1 will be released on 9 January 2022. The students have begun to prepare for the competitions. The tournaments have begun, and Haru and other students in other teams know their opponents for the next matches. The teacher motivates the students to do their best and brings the trophy to the academy. Haru’s journey to becoming Japan’s best futsal player has begun. Let’s look at Futsal Boys Episode 1 official details.

Also Read: Love of Kill Episode 1: Everything To Expect.