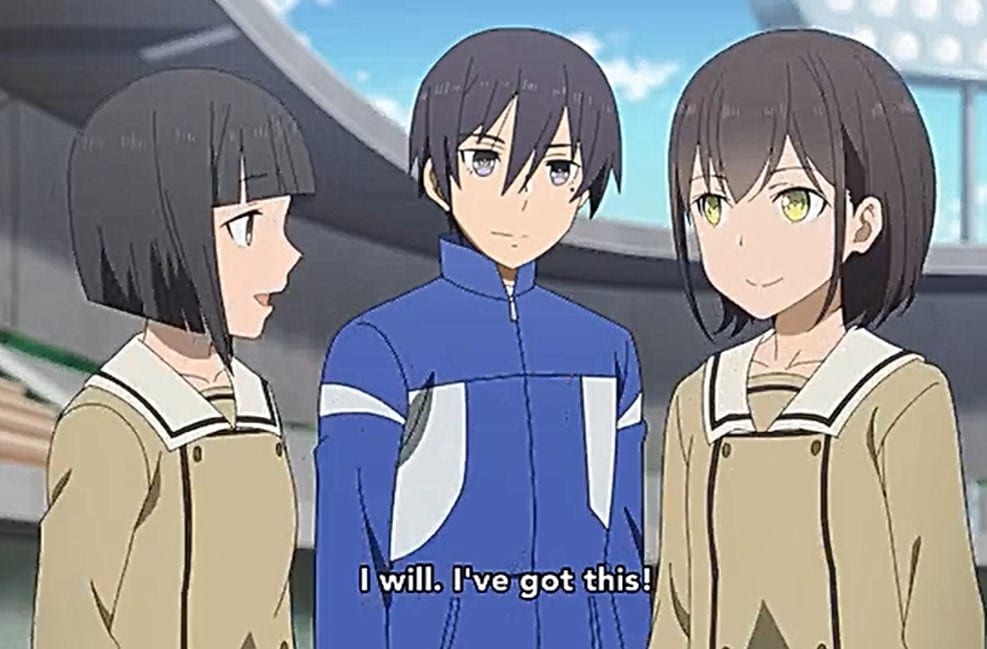 Hiro thought that Mizarisa would treat him as she talked about the ritual called Adult Preparation. But when Hiro opens his eyes, he realizes that it was a trick. Hiro finds that Adult Preparation is when a lady gets naked as she will ride him, but he ends up being tied with a bed for a naked lady to slay him. He shouts with fear, realizes that he is finished, and he even wet his pants. Hiro is being executed for murdering Martin. He realizes that this is real torture, and he logs out.

He reveals that he will never play this game anymore. Later Hiro got teleported from the game world to the real world. Hiro looked at his pants in the real world and noticed that he didn’t wet his pants in real life. He is relieved that everything ended inside the gaming world. He gets up and looks at Kiwame Quest, wondering why this game is so real. The next day Hiro heads to school and surprised everyone by entering school competitions.

Previously on Full Dive: This Ultimate Next Gen Episode 4

The school competitions are about to start, and Hiro warms up to get ready. The guys in the stands comment that Hiro is the team’s ace runner. But for the past weeks, Hiro has been missing practice since he was playing games. They wonder why a gamer is now interested in the sport. On the first day of sports practice, Hiro rejected Takafumi’s proposal, and he wonders why Hiro is interested now. Hiro knows that Kiwame Quest has been stressing him.

He decided to get some fresh air and free his mind from Kiwame Quest. Hiro’s sister wishes him good luck, and her friend comments that the bro is so cool. Takafumi arrives and talks with Hiro about the race. He reveals that Moriguchi is here, and he is the most popular guy with an unbeaten winning streak.

Takafumi reminds Hiro that last time he was beaten by Moriguchi. Hiro realizes that to win this race, he must outrace Moriguchi to win this race. Takafumi reveals that the scouts are also here, and they must perform well. Later Hiro heads somewhere, and he met with the famous runner Mike McLachlan.

Mike comments that he is still famous even though he has retired. Hiro realizes that Mike was an Olympic silver medallist and Japanophile. He realizes that Mike was supposed to become a sports writer. Hiro can’t believe that the famous runner is in front of him. Mike comments that Hiroshi Yuki, middle-school track ace. He offers Hiro a handshake while traveling that he has heard that Hiro beat district records in short distance running. Hiro wonders where Mike heard that from. 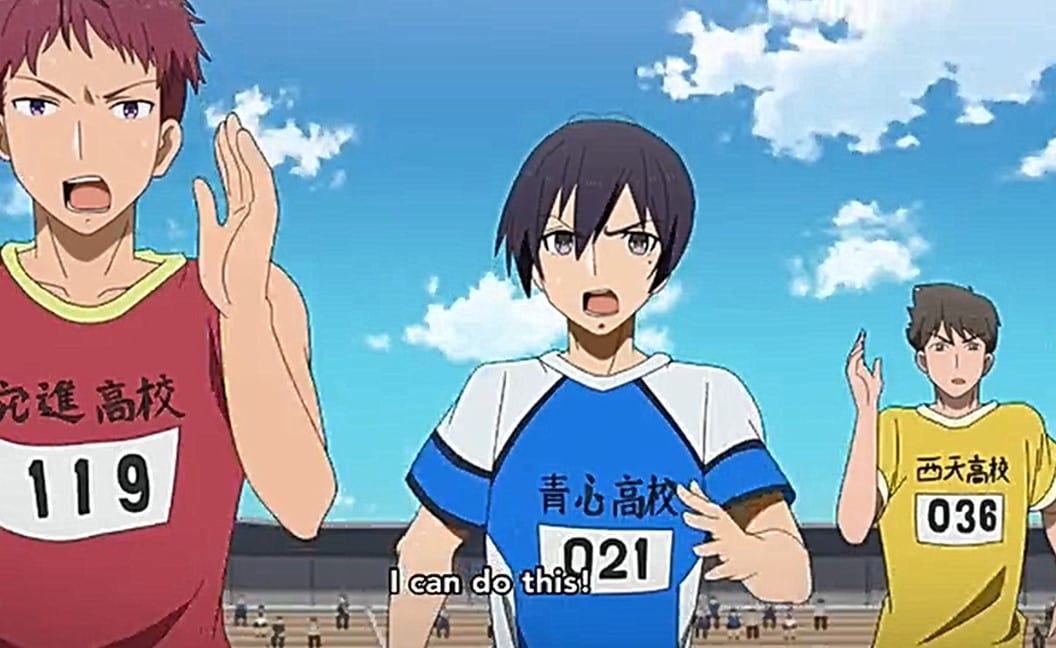 Mike reveals that many promising athletes, such as Hiro and Tatsuya Moriguchi, are at this track meet. He comments that he thinks that the start of the trace world would be born here. Mike told Hiro to show him his best, and Hiro realizes that Mike is his fan and is a fan of Mike. Hiro accepted the challenge, but he is nervous since he is racing against the best. He realizes that he forgets to use the bathroom when he was with Mike and realizes that he has to hold it until the race is finished.

The race announcer announces that the competitors for the Boy’s 100-Meter Dash go to their lanes. The guys at the stand have different choices, and some are cheering for Hiro while others cheer for Moriguchi. The competitors get ready, and Moriguchi wonders why Hiro is calm and relaxed. The two challenged each other, and Moriguchi comments that he is the winner. Hiro replies that he will beat the world record, and that makes him the winner.

The race begins, but Hiro started slowly and wondered what he is doing. But he manages to catch up with the others. When he is about to pass Moriguchi, he trips and falls. Moriguchi won the race while Hiro is the ground, and he wet his pants that he has lost the race. Takafumi, the teachers, and the fans saw that Hiro wet his pant and they were shocked. That was the worst day for Hiro and Miraguchi’s fan comments that Hiro was running on a track race, but now it runs down his leg.

Everyone laughed at Hiro, and he realizes that he should have stayed and play Kiwame Quest. Later he decides to log in and finds that he must continue where he left. His pants are still wet, and the guards in the game world were embarrassed that he wet his pant. Marizasa took the wet blankets and commented that she would keep them for some reason.

Full Dive: This Ultimate Next Gen Episode 5 Release Date and Where To Watch