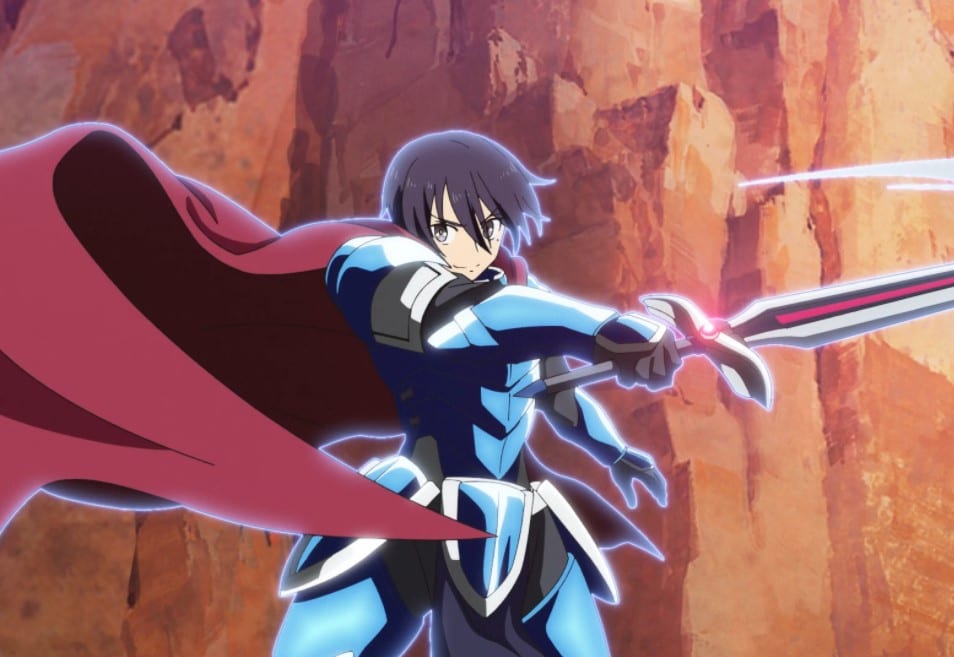 Hiro continues playing the game that he thought it is the worst game ever. During his adventures, Hiro went through bullying and realizes that he has to finish the game, or his life will get doomed in the real world. Full Dive: This Ultimate Next-Gen will conclude its final episode soon. Let’s find out what’s awaits Hiro and Reona in the gaming world. In the morning, Reona talked with Hiro about Hiro’s resolve. Reona had a flashback when she talks with Hiro in the real world. That day Reona asks Hiro what happens when a person clears Kiwame Quest like Kamui.

Hiro shook his head, showing that is unaware of what will happen after clearing Kiwame Quest. Reona reveals that she would like to marry a guy who completes Kiwame Quest. Hiro thought that Reona if Reona bluffs when talking about marriage. In the present day, Hiro asks Reon if she is still holding on to a marriage thought. Reona reveals that ten years ago, she met with Kamui in the game world. That day Reona saw Kamui strutting through Ted clad in black armor. She couldn’t resist admiring Kamui as a fellow high schooler at the time.

The day Kamui exited the city Reona run up to him and asks for a date. Kamui looks at Reona and notices that Reona’s chest doesn’t impress him. Kamui told Reona that he is not into women who have a chest like a Holstein cow. Reona couldn’t believe that Kamui said that to her. Hiro realizes that Kamui doesn’t prefer women with massive melons. Reona comments that her melons aren’t a credit card that has a limit. Reona reveals that after Kamui mocked her, he went on to clear the unbeatable Kiwame Quest.

Reona reveals that she swore revenge, and Kamui will eat those words that he said in the past. Reona also said she decided to find someone who successfully cleared the KQ and marry that guy. Hiro realizes that he is on the list of the guys who will get married to Reona. Hiro asks Reona if that was the end of her story. Reona replied yes and told Hiro to beat the KQ, and he will win her heart. Reona comments that after their honeymoon, they will kiss in front of Kamui. Later Hiro went out to think about Reona’s proposal.

Hiro realizes that there is a deeper reason that motivates people, but he is not motivated. Tesla arrives and wonders why Hiro is still awake and apologizes about Amos and Granada. Amos and Granada are the knights that tortured and bullied Hiro ever since his arrival in the game world. Hiro comments that he managed to get over bullying, and they can forgive and forget. Tesla said they are not sure when the goblins will attack, and that what’s keeps him awake. Hiro asks what kind of goblins attack at night and teases Tesla that the goblins might attack tonight. 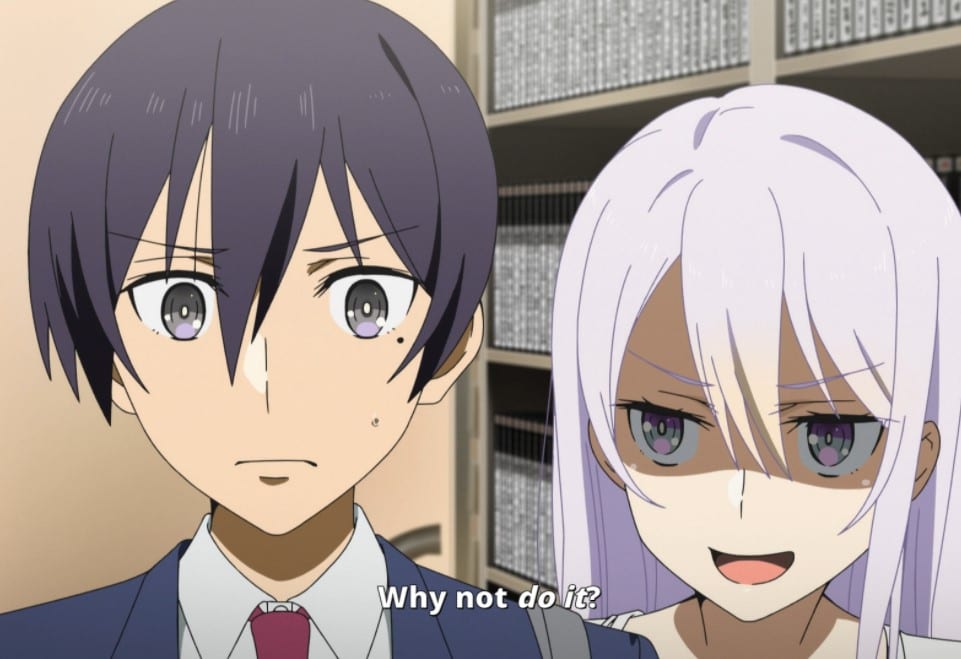 Tesla thought that Hiro is telling the truth, but he realizes that HiroTe teased him about the attack. Tesla notices that Hiro is hiding something and ask Hiro if he wants to leave the city. Hiro said ”I want to stay a little longer.” Tesla comments that if not for his passion and the captain of the Guard, he would have blown this place and test his skills out in the great big world. Instead, Hiro told Tesla that they could leave this world together.

Tesla replies that if they manage to overcome the situation, he will become Hiro’s ally. Hiro gets excited, realizing that he has found a more robust partner and life will become easier for him. Tesla comments that they will find a way to deal with the goblin crisis. Hiro realizes that Tesla is ready to die during his missions, and he has to stop Tesla’s death since he has promised Martin that he won’t allow anyone to pass in this world. Later Hiro logs out of the game and finds that his sister is inside the room. Hiro’s sister notice that Hiro saw her, and she closes her mouth.

Kaeda told Hiro that she entered the room since she knocked, and Hiro didn’t answer. Hiro asks Kaeda why she is inside his room. Kaeda replies that hearing Hiro sounding strange and decided to come to his room. Kaeda wonders what Hiro is up to since she heard him talking about saving someone’s life. Hiro realizes that he spoke about something with Kaeda before playing Full-Dive RPG. Kaeda comments that she is here to investigate RGP. In the evening Hiro login Full-Dive and get the praise that he did a great job capturing that gang of thieves. Tesla got impressed by Hiro’s improvement, and Hiro comment that Mizaria and Alicia helped him.