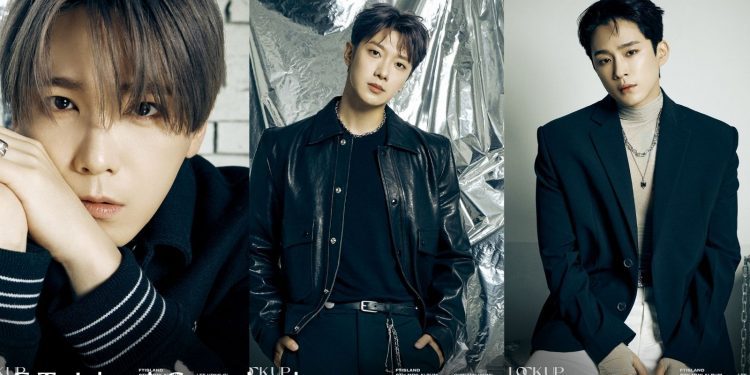 The rock band, F.T. Island is making a comeback in 2021, after two years. The band has been away from the Kpop world, but they are finally ready to Lock you in a trance with their latest music. The FNC Entertainment boy band has also shared the teaser posters for ‘LOCK UP’ with their song, ‘Unthinkable.’ The now-three member group left everyone speechless with their slicked-back hair and dazzling visuals in the new teaser images. The fans can get an idea of what the upcoming F.T. Island comeback will bring to them. Painful moments pressed through the best music. So, are you ready?

‘LOCK UP’ marks F.T Island’s first comeback in two years, since their release of ‘ZAPPING’ in 2019. The trio shared the release date for their new album the other day. Currently, FNC and F.T Island are busy dropping new updates for ‘LOCK UP” on social media.

F.T. Island is making their 2021 Comeback with ‘Lock Up’ on December 10, 2021, at 6 p.m KST.  The title ‘Lock Up’ fits appropriately with the concept, since the tracks will display the painful moments from a relationship one has kept locked in their Pandora’s Box of memories. The entire album will take you a journey from ‘when one breaks up’ to ‘when one finds true love again.’

The concept is the journey itself to get over someone and find love and happiness once again. As for the title track, “Unthinkable,” it will be about accepting the reality of breaking up with your partner, but not being able to. It looks like the fans would easily connect with the realistic concept. Furthermore, the deep and emotional vocals of Lee Hong Ki will help in bringing the lyrics to life.

The group also consists of Lee Jae Jin (Bassist) and Choi Min Hwan (Drummer). The band made its debut in 2007 and has been in the industry for over 14 years, making them one of the oldest Kpop idol boy bands/groups.

So, are you excited about the new comeback from F.T. Island?