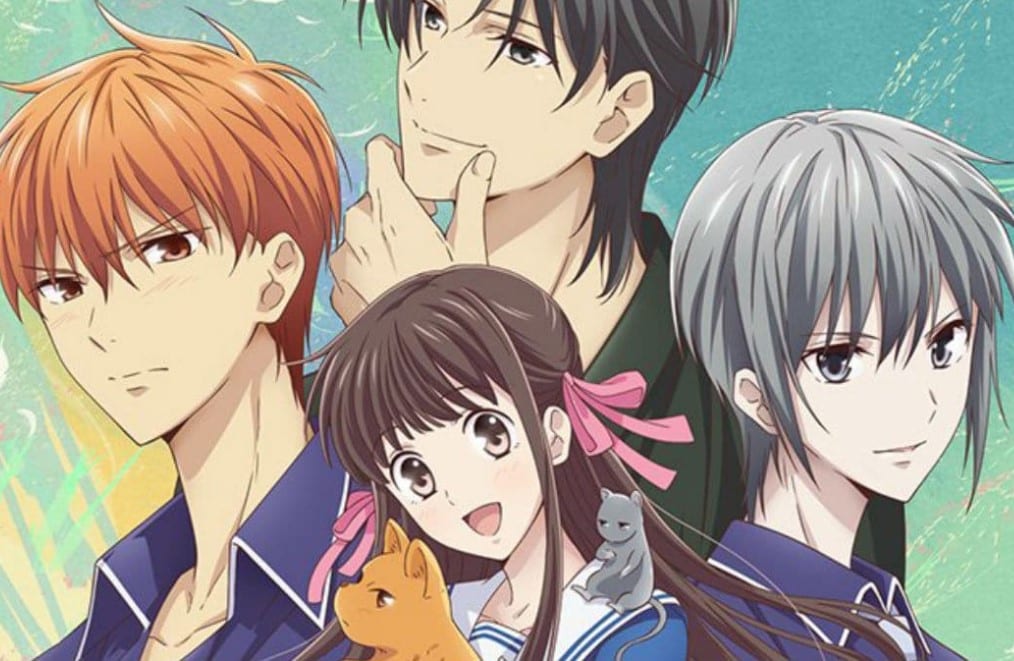 Kyo reveals his past and what Tohru’s mother told him when he was young. Tohru shed tears and embrace Kyo. While they are busy hugging, a magical feeling happened. Later Kyo had a bad dream blaming himself that is responsible for Tohru’s mother’s death. But in his dream, his mother told him that he is not the one to blame. She offers him a hand asking him to come and join him in the Otherside. She told Kyo that the Outside world is terrible for him and he is safe when she is with him.

Suddenly Kyo hears the voice of Momimji and wakes. Inside the kitchen, Momiji is with Tohru and Haru baking something. Yuki wonders if the shape they have made will grill, and Tohru told him to leave everything to her. Momiji opens the door of Kyo’s room, telling him that the food is ready. Tohru comments that Kyo must be in deep slumber, and Yuki said Kyo would wake up soon. Tohru is bothered by something, and she knows that soon Kyo’s Zodiac Curse will break.

Inside his room, Kyo realizes that it is for the second time he had that dream. The dream keeps him worrying since he can’t choose which part of the dream was wrong or right. He thinks that the dream is reminding him to know his place, and he must not fool himself. Kyo thinks that Tohru will love him back, but the dream keeps him wondering. Kyo wonders if he is having stupid thoughts. Meanwhile, Shigure is heading somewhere, and he got grabbed by a hand of a lady signaling him to come inside the room.

Shigure enters the room and talks with Ren, asking her if she slips away from her servant again to walk as she please.  Ren replies that sometimes she needs to go outside to look for someone to communicate with. Shigure told her that he has heard that Ren recruited Isuzu as an errand girl to fetch a box for her. Ren replies that Shigure has good ears that any news that travels through the ground couldn’t pass him. She wonders if Isuzu can’t keep secrets or Shigure is Mr. Know It All. 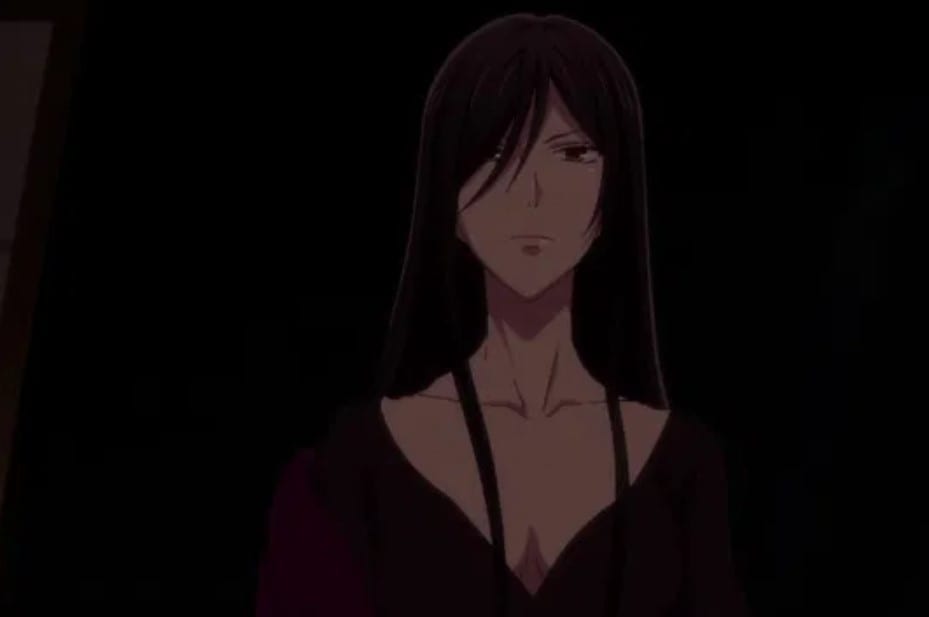 Shigure comments that Ren is the one who can’t keep secrets, and she is the bad girl. He reminds Ren that it was their secret. Ren replies that she is disappointed that the operation has failed. She told Shigure that he could take  Isuzu’s job since Izusu can’t get the job done. She also said that it would have been better if Shigure brought the box to her. Shigure replies that he is not interested in that since he is not the kind of guy capable of doing that. Ren reveals that no one has the right except her to touch Akira.

She praised Akira’s flesh, blood, soul and said she is worthy of doing anything with Akira. Ren reveals that she and Akira met because they were destined to be together. In the past, Akira couldn’t get a wife since the doctor told him that he is not the one of this world. The marriage keeps on falling apart until he meets Ren. That day Ren approaches Akra telling him that he must be dying and afraid of dying alone. She told Akira to give all of his pain and sorrow to her since no one noticed him.

Ren confessed and told Akira that she loves and she loves every bit of him. Ren’s mother disapproved of Ren and Akira’s relationship. She told Akira that he is a servant and must never set foot on the Soma estate again. Akira comments that Ren notices that he is feeling lonely, and Ren said they are in love. Ren told Shigure that she was the only lady in Akira’s world. Later Akito talks with Kureno about something, and she shed tears revealing what’s has been killing her.