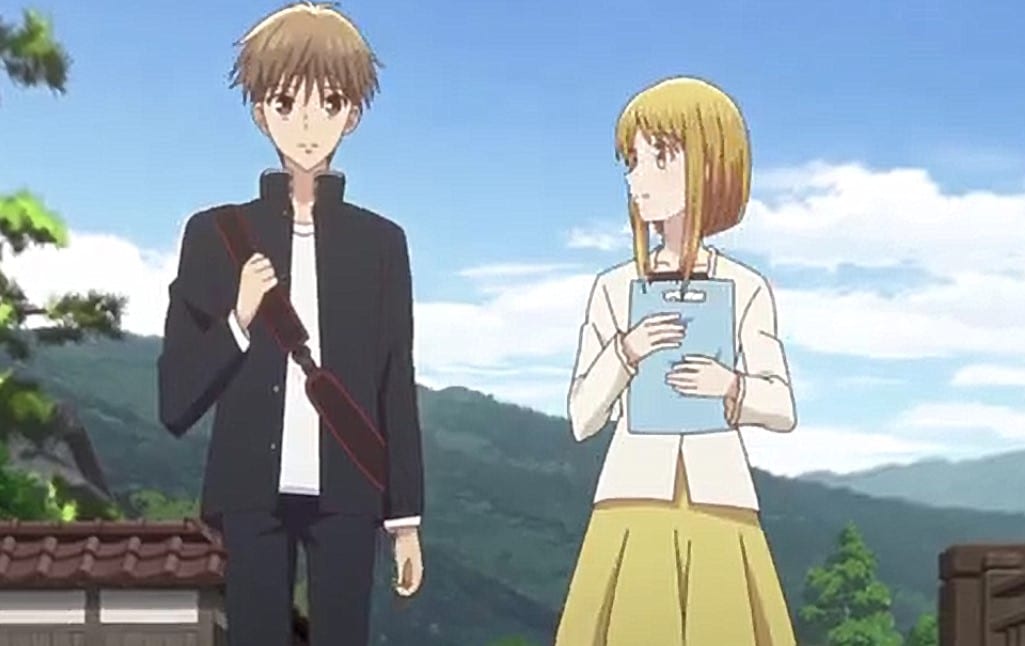 Akito and Kureno are alone inside the room, and she shows him a box of something. She asks him if he knows what it is, and Kuro replies no. Kureno asks Akito what’s inside the basket. Akito looks at him and smiles; meanwhile, Yuki met with Haru at school, asking him about Rin. He told him that he heard that Rin is in the hospital and asks about her condition or which hospital. Haru asks Yuki why he wants to know that, and Yuki comments that Tohru is worried. Fruits Basket Season 3 continues below.

Haru is surprised that of all people, Tohru is worried about Rin. Yuki reveals that Rin and Tohru are close friends. Haru is impressed that Rin has made a friend and Yuki said Tohru looked uneasy. Haru reveals that no one knows about Rin, and he hasn’t heard anything. Yuki realizes that this has become a mystery and wonders if Haru is okay. Haru told Yuki that he is fine and he must thank Tohru for everything. He left, saying that if something happens, Yuki must console Tohru.

Yuki is left surprised, wondering why Haru told him that, but he also told him if something happens, he will let him know. Hiro met with Kisa on his way home, and she told him that she in on her way to visit his house. Kisa asks Hiro why he is still wearing his uniform. Hiro reveals that he stopped by Kagura’s house and wanted to see if Rin has returned. But Rin is not back yet, and he asks her if she is coming to visit Hinata.

Kisa agrees, and Hiro reveals that Hinata is not ready to open about her feelings, but he hopes she smiles soon. Kisa comments that as time passes, Hiro will become a better big brother. Hiro reveals his feelings towards Hinata. He said that he wants to become a better person who can protect Hinata. Hiro told her that there is something that she wanted to tell her, but he bumps with Haru before he tells her. Haru apologizes for blocking Hiro’s way.

Hiro comments that Haru is as big as a house. He told Haru to watch where he is going and stops getting in his way. Haru touches their heads and comments that the two got taller. He told them to be careful when they walk, and they must not be blind. When he is about to leave, Hiro told him that she hasn’t returned if he is looking for Rin. After hearing that, Haru stopped and kept quiet for a moment. Hiro comments that he knows that it is not his business. 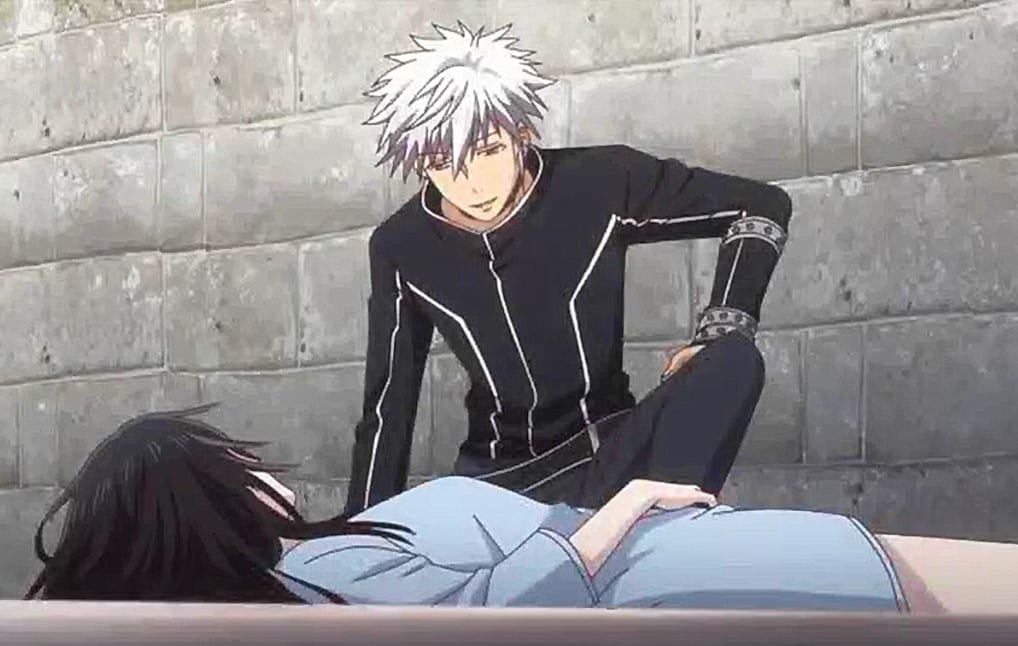 Haru told m not to worry and asks if Rin was sad or hurt. Hiro realizes that he told Haru something bad about Rin. He replies that he said that because he was in a bad mood. But he knows that she was suffering since he saw a maid giving her food and taking care of her. Hiro decided to tell Haru the truth since he has noticed that Haru cares. He reveals that Akito pushed Rin off the second-floor balcony. But Akito did it on purpose, and it was kept as a secret. Hiro was there, and he witnessed everything that happened.

Hiro also revealed that Akito pushed Rin because she has found the truth about Rin and Haru’s relationship. Meanwhile, Kureno saw a maid going somewhere, and he followed her. He finds that she is sending food to someone. Kureno asked where she is sending food, and she replies that she will be in trouble if she talks. The lady reveals that her father he’s a huge debt, and she can’t speak. Kureno realizes that this is Akito’s doing, and she might be the one who hid Rin since no one know where Rin is.

Later Hiro reveals what Akito hits Kisa, and he apologized for that. In the evening, Rin escapes, and she met with Haru in the morning. Haru carried her and told her that he wouldn’t give up on her. He told her its not a dream and everyone was worried about her. Rin is glad that Haru finds her, but she is embarrassed that he is carrying her in public, and they are watching.

Also Read: What Is Kaido’s Real From In One Piece Manga? Lineage Factor Explained!