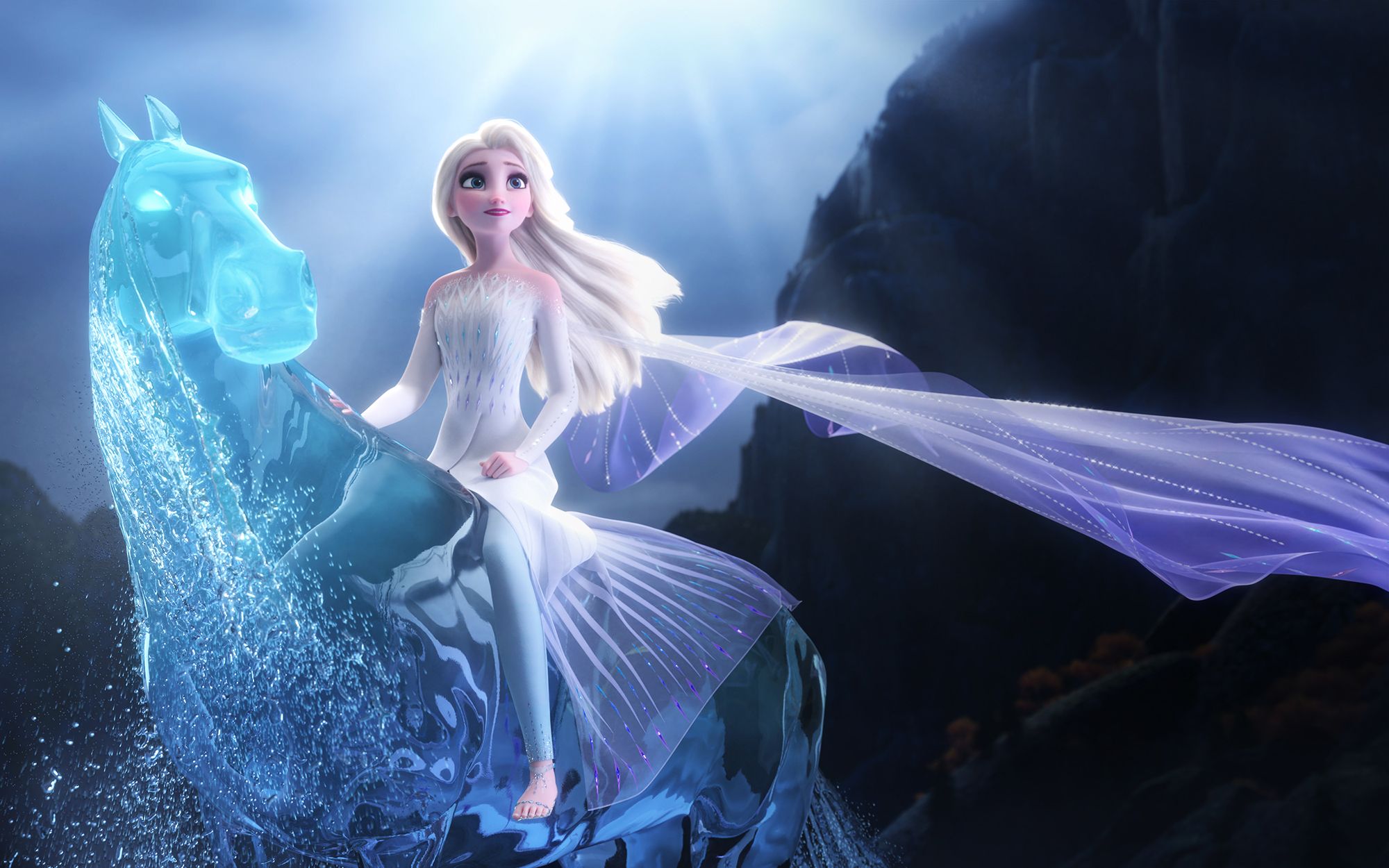 The story revolves around five characters mainly- Elsa, Anna, Kristoff, Olaf, and Sven and their lives outside the kingdom as everyone came to know about Elsa’s power, and she hears a mysterious voice calling her. And lastly, how they fight to save their kingdom. 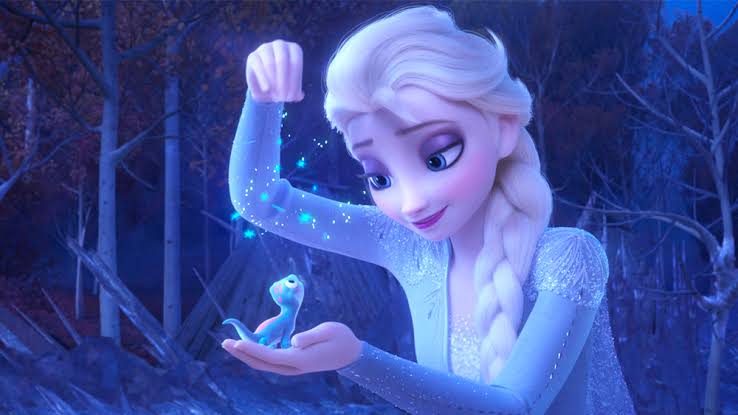 The opening scene of the film shows young Elsa (the voice of Mattea Conforti) and her sister Anna (the voice of Hadley Gannaway) playing with the snowballs Elsa was making. At that time, their father King Agnarr (voice of Alfred Molina), and mother Queen Iduna (voice of Evan Rachel Wood) enter and tells them about a story that happened in the past. He speaks about their grandfather who made a treaty with their neighboring tribe that they would build a dam in their homeland, the Enchanted Forest. But a war broke out where their soldiers came to know about the four spirits of the forest- Earth, Fire, Water, and Air. Young Agnarr was also there with his father when he lost his life-fighting. The spirits disappeared and a mysterious person saves him. He then sings a lullaby to them and they fall asleep.

The story proceeds after a few years, Elsa, voiced by Idina Menzel could hear a mysterious sound calling her, only she could hear the sound. Elsa has magical ice powers and could turn anything into ice. Anna voiced by Kristen Bell and Olaf, the voice of Josh Gad, they went outside, meanwhile, Olaf was in deep thoughts about what was going to happen, Anna was happy as she always had her favorite people beside her and she wanted it that way always. On the other hand, Kristoff, the voice of Jonathan Groff confesses to his reindeer, Sven that he is planning to reveal his feelings to Anna and ask her for marriage.

One day when Elsa heard the mysterious sound again, she decided to follow the sound out of curiosity, and magically she sees images of mysterious creatures around her. She unknowingly wakes the forest spirits, which led to the happening of strange things in the whole kingdom, and the ground started trembling. She helped her citizens by taking them to a higher place. Grand Pabbie and the Rock Troll colony arrive and inform the sisters that the forest spirits are angry with them and it can only be fixed by knowing the wrongdoings in the past, and fix them.

Elsa and Anna see a few ice sculptures and realize it was the incident their father was speaking about. They also learn about the presence of the fifth spirit, who can fix everything and unite people. So, Elsa, Anna, and Olaf decide to start their journey towards North leaving Kristoff and Sven. They find a route, and after sending Anna and Olaf to a safe place, Elsa continues with her journey. Though they didn’t agree initially, she could convince them later. 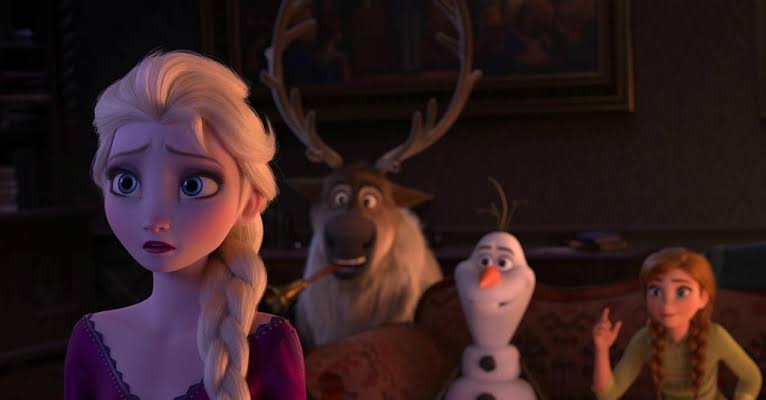 She was successful in taming the Water spirit, Nøkk who helps her further her with the sea journey. She meets Ahtohallan, a glacier, and finds out the mysterious voice that calls her belongs to Iduna, who saved her father. She also realizes that the fifth spirit was she herself. She also finds out that peace can only be resolved by destroying the dam their grandfather and the people of the enchanted forest made, as he betrayed them in order to get magical powers. Elsa sends the message to Anna before facing the consequences of Ahtohallan and getting frozen. Olaf also started melting because of it.

Anna gets the message and awakens the Earth’s spirit. With his help, she destroys the dam and thus saving the countrymen. Elsa too comes back and drifts the flood. Then she meets Anna, Olaf also at the time gets restored and they go back to the kingdom. Anna accepts Kristoff’s proposal and she becomes the new Queen of Arendelle meanwhile, Elsa is the protector of the Enchanted Forest, as only Anna and Elsa are the connection between people and magical spirits. 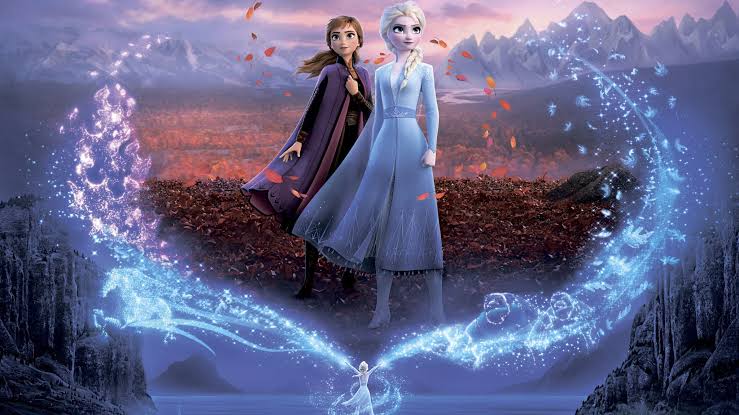 Characterization of the movie, Frozen 2

Idina Menzel voices the role of Elsa, who is the elder sister and heiress of Arendelle. She has magical powers to control snow since birth. In the previous sequel it was shown that while playing with her sister, she unintentionally hurts Anna with her powers. The trolls warn their parents that her power would start growing, and it can be dangerous for the whole kingdom. To stop it, her parents locked her in rooms with large gates and made her wear gloves.

She is a kind lady, and her best friend is her sister, Anna who she tries to protect at any cost. She struggles to control the ability of her power and make sure to not hurt anyone. She is a mature and logical person and looks cold and reserved person from outside. She is always afraid of her powers and has negative thoughts about them.

Kristen Bell voices the role of Anna. She is a bit different from her sister, she is positive about everything, extrovert, and fun-loving. Though, involving an incident that happened in their childhood she was separated from her elder sister, Elsa. Yet her love for her sister never decreased. She waited for her sister and is ready to face anything for her. Anna is also a loyal lover, she is in love with Kristopher, the ice harvester. Yet, her sister was always her first priority.

Both of the sisters are depicted as strong women, ready to fight for their people. They are one of the most favorite Disney Princess of the kids. 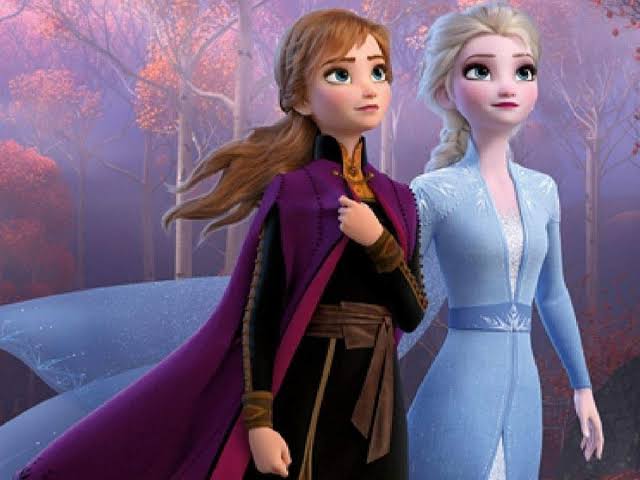 Josh Gad voices the role of Olaf. He is a snow doll created by Elsa’s magical powers over ice. He is innocent, outgoing, and open-minded. His jokes and silliness are what make him special. He is a great friend to Anna and Elsa. He depicts Anna’s innocence and Elsa’s power. He is a comic character who brings light atmosphere and heart to the movie. Though being a snowman, he loves everything about summer. 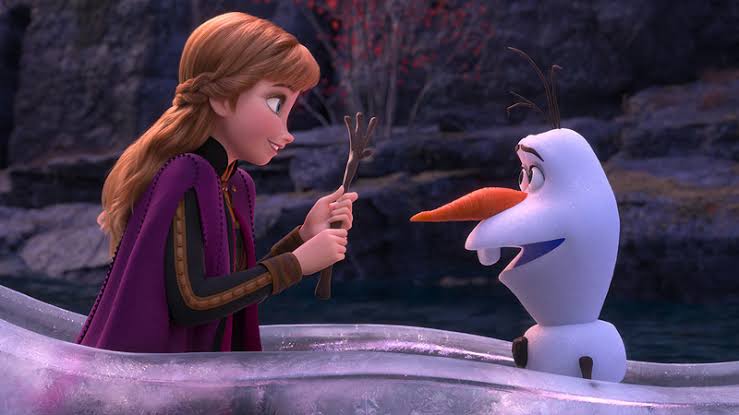 Direction and production of the Disney Movie-

The film is directed by Chris Buck and Jennifer Lee and produced by Peter Del Vecho. The cinematography is done by Tracy Scott Beattie and Mohit Kallianpur. And the music directors are Christophe Beck, Robert Lopez.

The film was released on 22nd November 2019. The movie is 103 minutes long. It had a budget of 150 million dollars and received a box office of 1.450 billion dollars. The film received hugely positive reviews widely and got a lot of praise. It was the third highest-grossing movie of 2019, the second-highest-grossing animated movie of all time, highest all-time biggest animated movie. The film received a lot of nominations and two prestigious wins. It also got nominated for the Oscars.

The thing that the audience liked the most in the movie is the love between the two sisters. Their character improved from their previous sequel and they are stronger this time. Anna, without having any powers and without the help of any man, was ready to fight for her sister and her countrymen. Though Elsa had a strong character in the previous sequel, she is still praiseworthy. The voiceovers matched perfectly and went well with the characters. The characters were a very strong point of the movie.

Another great point of this movie is the songs, the music is brilliant and soothing. The music was used perfectly matching the texture of the scenes and climax. The animations were outstanding, and the way the dark scenes were shown and every scene had its own color and it looked so intense and beautiful. 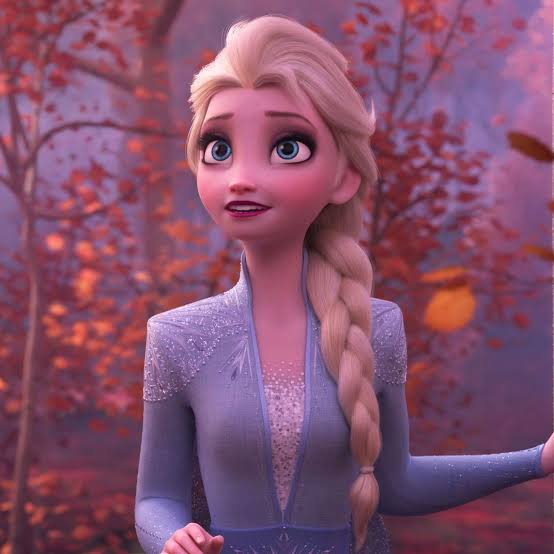 It was well written and animated. The storyline is nicely narrated, and also keeping in mind a lot of audiences would be kids, the film seemed to empower and it glorified right values and the value of prioritizing family.

The film has gone up to my list of favorite Disney movies of all time. My ratings for the movie Frozen 2 are 4.5/5.