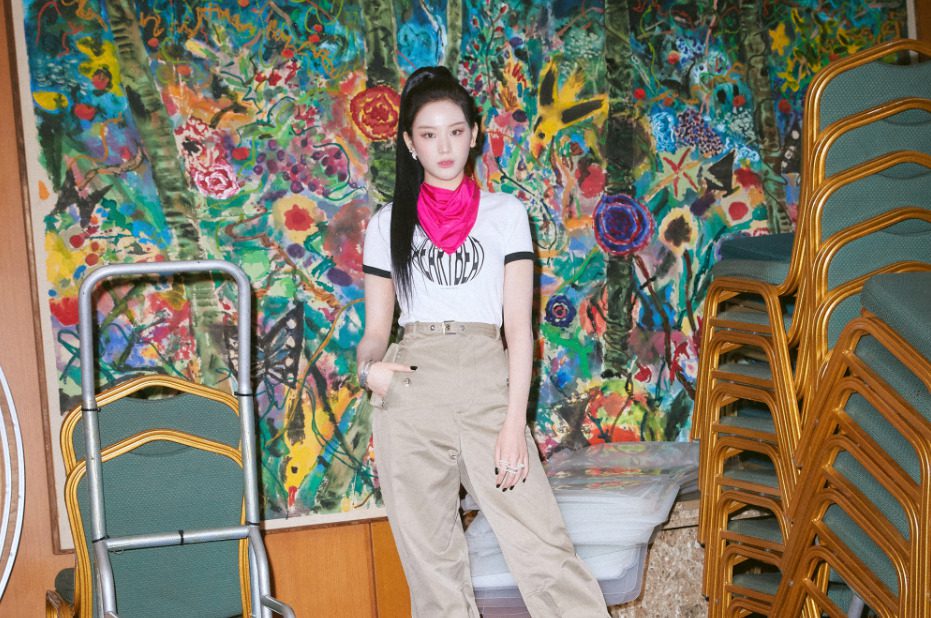 Ever since her debut with Fromis 9, Jang Gyuri has come a long way. From making her start from Mnet’s survival show Idol School to debuting with a girl group and acting. Amid the girl group’s recent comeback, Gyuri sat down with Weverse Magazine for an interview. Talking about how the idol has changed since her debut to the recent release. The idol is not limited to just the studio as Gyuri has starred in some well-known k-dramas like ‘It’s Okay To Be Not Okay’ and ‘Welcome To Heal Inn’ for supporting roles. She has also been a part of a few variety shows. Asked about the changes she’s gone through, Gyuri was happy to share it all with her fans.

Known as the lead vocalist and visuals of the group, Gyuri has had her own time of awkwardness in front of the camera. Even after spending all her time with Formis 9 under the spotlight. Even though she has learned to express her emotions, the idol still feels a bit awkward during the photoshoots. However, she feels completely normal when she’s acting or singing as she’s playing a role that’s not her. As she tries to express the lyrics while performing, she doesn’t care if she looks pretty or not.

Gyuri has changed a lot over time. Talking about how she used to get frustrated over things not being clear. The idol now kind of likes the idea of unclarity and expressing complex emotions. Talking about her vocals, Gyuri is known to have a voice that stands up more than other members. Initially, the girls thought that they will harmonize their voices. But in the end, the idols ended up owning their unique voices and their style. Some people have told Gyuri that her voice sounds sorrowful and no matter how happy she sings, it doesn’t make any difference. Keeping this in mind, Gyuri has been trying to bring out the brightness in her voice. As the idol wants her own vocals to be uplifting and sad at the same time. She loves listening to city pop as the music can feel cheerful and sad depending on the mood.

Also Read: ENHYPEN Sunghoon Talks About His Past As A Figure Skater With Weverse Magazine

It’s been a few years since the idol has developed a liking for poetry. The collection of poems by Na Tae Joo called I See You Like a Flower is her favorite one. She likes the idea that there are no particular goals or directions to follow but some complexity to think about. As poetry has changed her life, Gyuri is now more sure that she wants to live life her own way. She revealed that she used to be oversensitive and wasn’t able to let the past go. And it all got to a point when she developed sleeping troubles. Now she’s been practicing just letting things go and telling herself that it’s not a big deal. And this seems to be working for her a lot.

Talking about her work, Gyuri revealed that she loves to start by analyzing things. Whether it’s dancing, acting, or singing, she creates various scenarios and then moves on to practice them. Things have definitely changed since her debut. While before taking over the stage, she doesn’t like to think and just do what she practiced. When she’s acting she has clear feelings set out for her characters. There have been times when her performance didn’t go as she planned. Knowing that she’s not skilled enough to express complex emotions, she should be doing a good job with the ones she does. Talking about her role in Netflix’s hit series ‘It’s Okay To be Not Okay’, Gyuri played a nurse in a psychiatric ward. While she thought she wanted her character to be the kind of person who’s not really good at reading the room but is sweet. The director told her to tone it down and helped her learn to get better