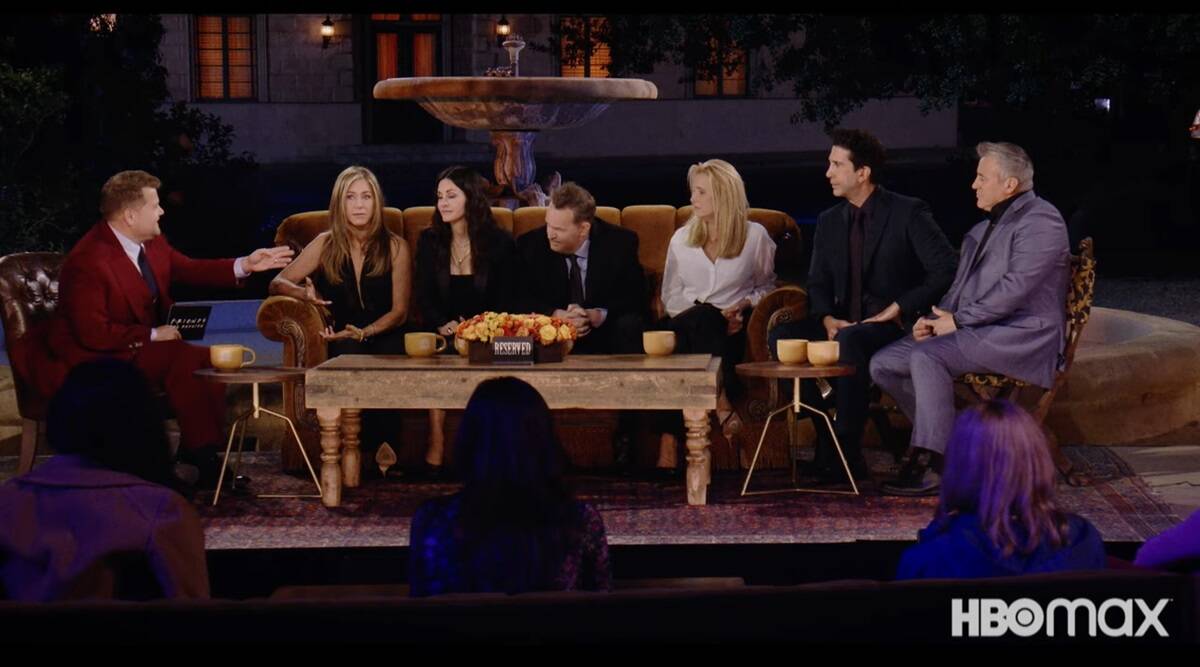 If you think it is not your day, month or year, it might just get a whole lot better as the much-awaited FRIENDS Reunion trailer is finally here. After a long wait and some pushed back dates due to the pandemic horror, the six friends are back on the couch and it seems as if they never left Central Perk! James Corden is going to be the host as the setting is done under the famous fountain! James Corden asked an important question in the trailer: Were Ross And Rachel on a break? Well, the stars might just get it out of the way by now!

The highly anticipated reunion is based on the iconic comedy sitcom Friends that pretty much went on to become one of the most-watched sitcoms of all time. The six friends who struggled through the ups and downs of their lives, relationships, and jobs went on to become household names with as many as ten long-running seasons. Now, they are back for a reunion along with some of the other instrumental characters from the show and some guest stars as well! As the show says the friends will be there for us once again! Here’s are all the important details about the reunion and what all to expect from it.

What To Expect From The Friends Reunion: Details Given Below.

As the trailer was recently released by the studio giants, fans saw the six leading stars of the show making their comeback: Mathew Perry, Jennifer Aniston, David Schwimmer, Matt LeBlanc, Lisa Kudrow, and Courteney Cox. As the trailer suggests, fans can expect to see the actors who played the role of Janice and Gunther. Even iconic actor Tom Selleck is also going to make an appearance. 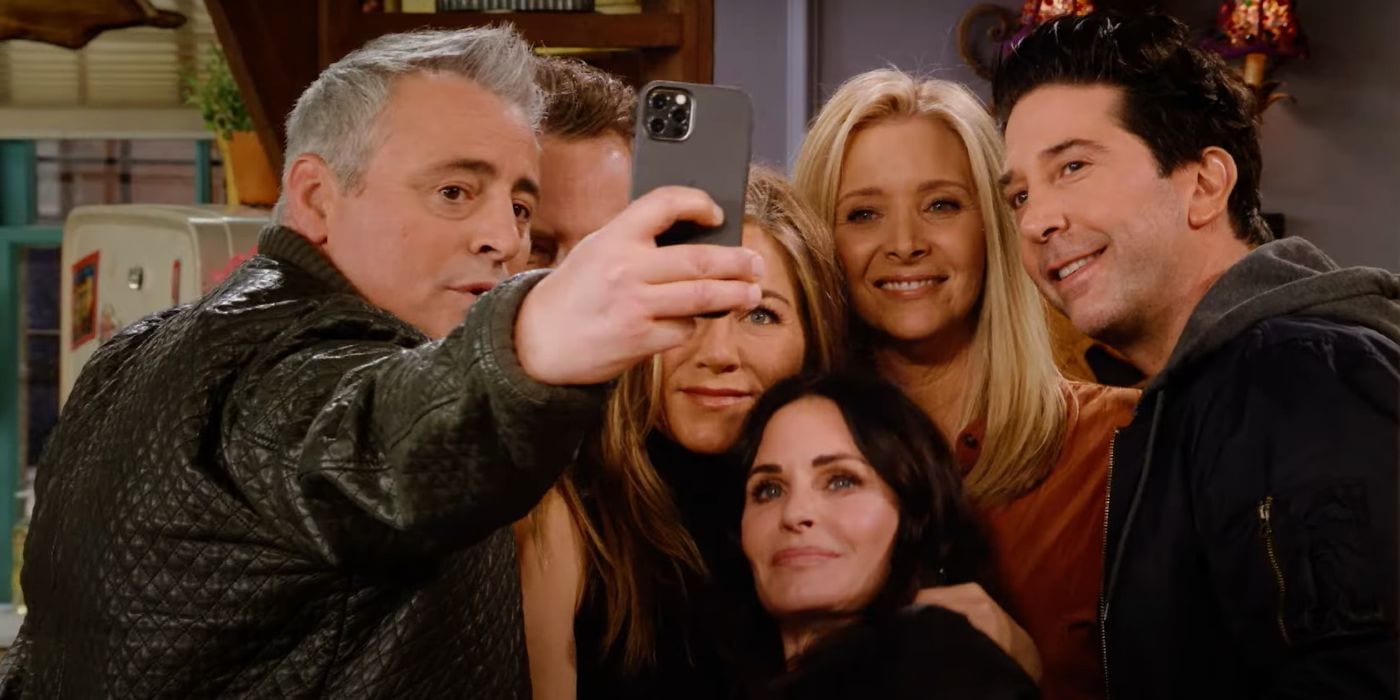 Other than that, expect some guest performances as some big names from the Entertainment industry are expected to appear. These names include Justin Bieber, BTS, Cara Delevingne, Mindy Kaling, Lady Gaga, David Beckham, Elliott Gould, Kit Harington, and Malala Yousafzai. We already saw in the trailer that Cara recreated Rachel pink costume that she wore at Barry’s wedding and even recreated the wardrobe malfunction that followed! Some celeb even dressed up as the holiday armadillo! With such a long list of guest stars, fans are still missing a few names including Paul Rudd! Is Mike not going to appear for a cameo?


For more, also read Courteney Cox Opens At the Ellen DeGeneres Show About The Friends Reunion

Friends Reunion: Release Date And Time Of The Much Anticipated Event!

While the trailer is already here and is taking the internet by storm, fans have to wait for a few days to see the six friends reuniting and sipping coffee at Central Perk. The much-awaited reunion is going to air on 27th May. If you haven’t already seen the trailer, we don’t want you to miss it at any cost! Watch the reunion trailer given below.

While the cast members recreate some of the iconic scenes from the show including the one where Phoebe discovers about Chandler and Monica’s affair to the Quiz round where the girls lose their apartment! Lisa Kudrow delivers an emotional speech at the end saying that the show still makes her laugh because the people in it make her laugh! As fans saw Mathew Perry getting a bit emotional, it is going to be an event of the year! Fans will be able to see all these on 27th May.

How To Watch Friends Reunion Online?

You can watch the much-awaited Friends reunion exclusively on the newly launched streaming platform HBO Max. From the iconic fountain to the Central Perk orange couch and looks as if time stood still and the friends are still entertaining us for all these years. Not to forget the looming question is still out there: What Happened to the 18 pages letter? Front and back! 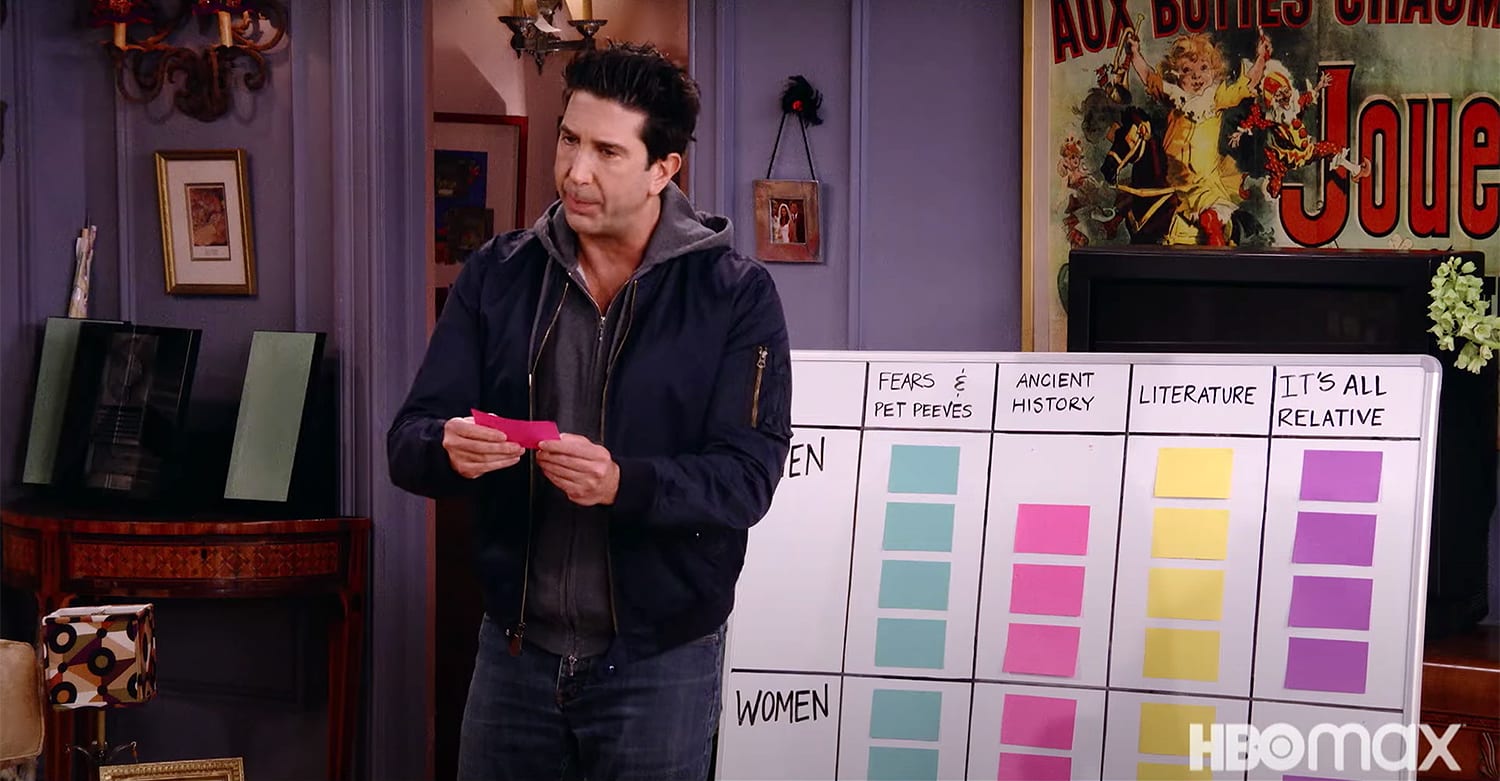 HBO Max has been creating quite a buzz about the reunion for a while now. It is finally going to be here soon enough and as Janice would say Oh My God! As the cast gets a bit too overwhelmed coming on the sets, fans are going to get all emotional as well.