Friends reunion was the most highly anticipated reboot of this year. Moreover, the fans were eagerly waiting to see their favorite characters return to their reel home. On May 27, 2021, the long-awaited reunion took place. And it was just as big as we expected it to be. Furthermore, the HBO Max server got crashed at the time of the premiere because of the traffic. Undoubtedly, the Friends reunion is topping the viewership charts today. During the two-hour special episode, the cast revealed secrets from the past, read lines from famous episodes, and got surprises from the celebrity guests.

Apart from this, the Friends reunion was elevated by its creators – Marta Kauffman, David Crane, and Kevin Bright. The three spilled on how the cast was scouted and how things happened behind the cameras. The complete episode was once a lifetime experience where we saw the most iconic group of friends getting old but living with the same young spirit. 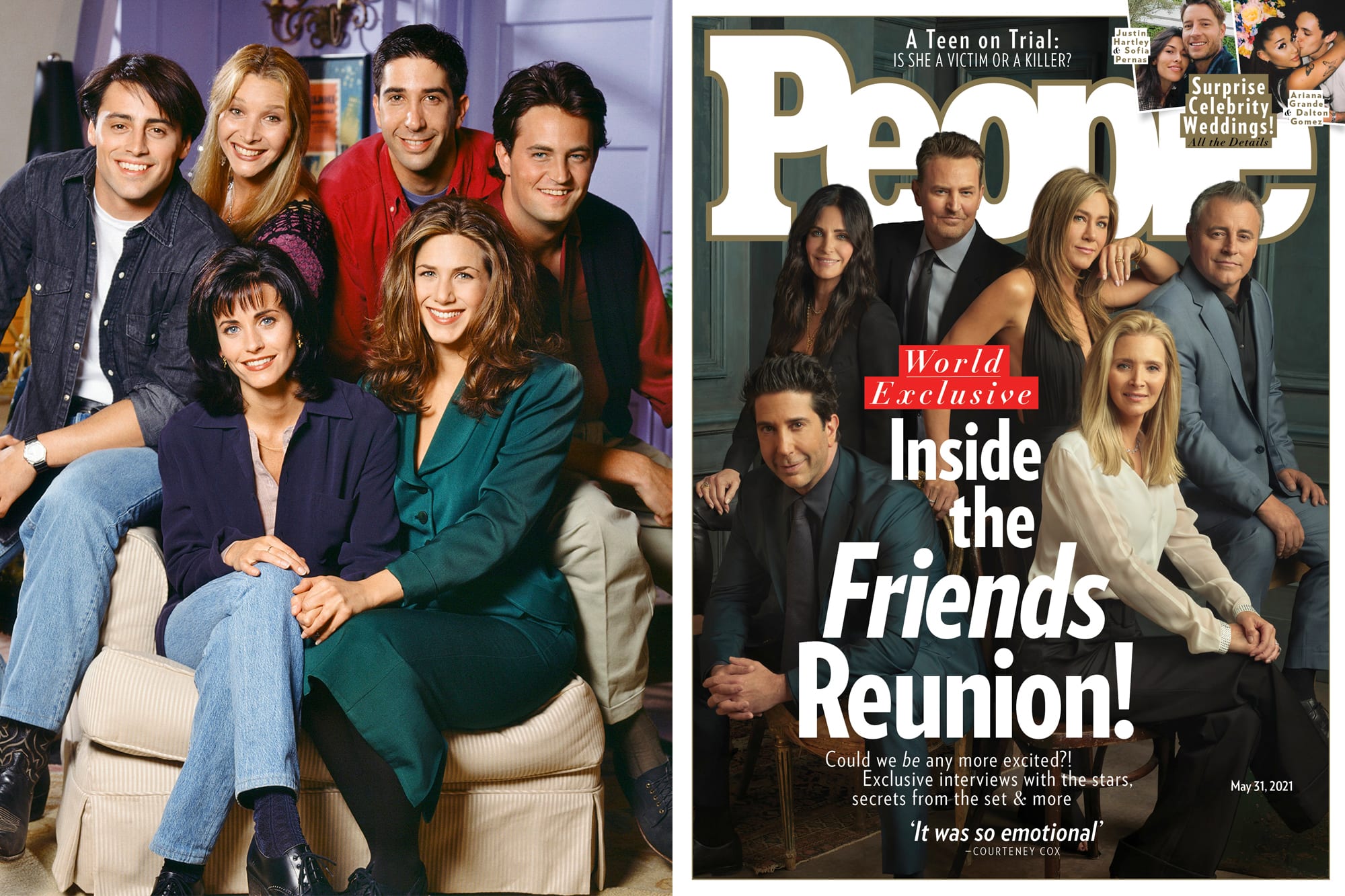 The special reunion episode was shot at the original Warner Bros Friends set. It began with all of the cast members feeling nostalgia as soon as they walked inside the studio.

Although the Friends reunion was filled with stories from the past and reenactments from best episodes, the creators of the show gave individual interviews where they shared the stories of how the iconic sitcom was created.

Friends Reunion – How Were The Actors Cast.

Kauffman opened up and revealed that Crane and she were in their late 20s living in New York City looking for love when they thought about turning their situation into a sitcom. And that was it.

The trio revealed that the first one to get cast was David Schwimmer. They revealed that when they were looking for Ross and instantly selected Schwimmer in their minds. However, at that time, Schwimmer has left acting after many failures. The creators have to beg him, and they promised him that Friends will not be a failure. Could they be any more right?

Later, they got their Phoebe (Lisa Kudrow), who was at that time, starring at another show. And they told in the interview no one can play Phoebe better than Kudrow.

Matt Le Blanc was cast because of his handsome face and his ability to look hot and silly at the same time. Kauffman said that he only had 11 dollars when he came for the interview. 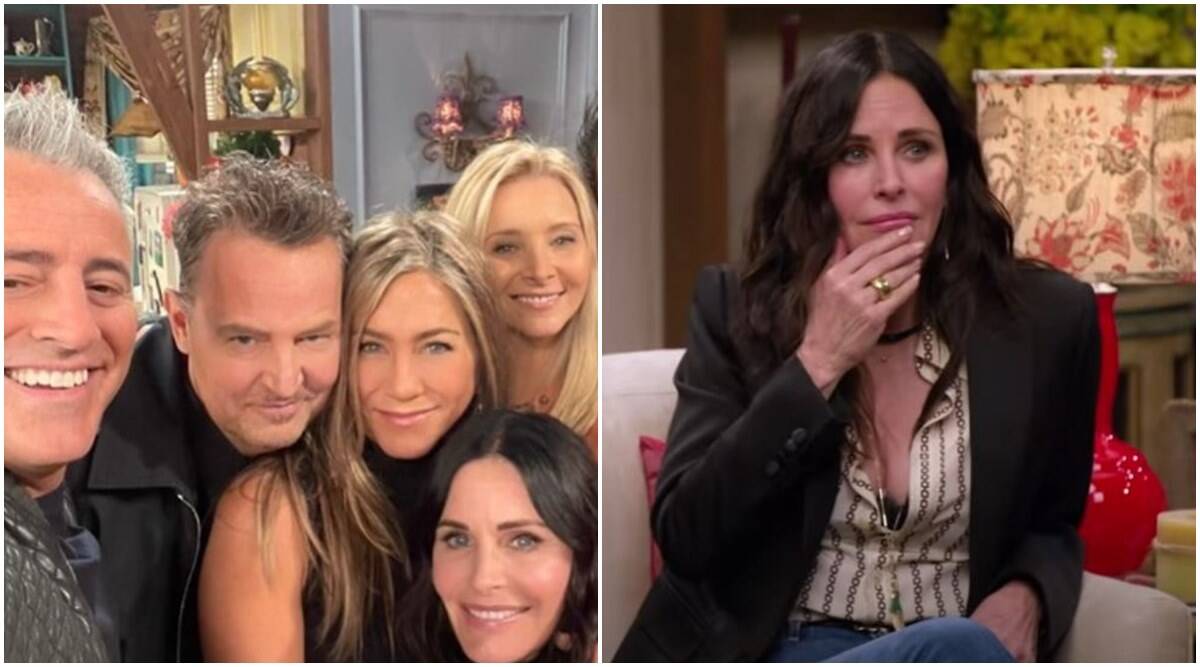 As for Courtney Cox, she was first approached for the role of Rachel. But the actress knew she was a Monica. Hence, she auditioned for the role and became everyone’s favorite clean freak.

Matthew Perry aka, Chandler was also on another comic series. But, he somehow managed to leave the show and join Friends. His comic timing, dialogue delivery, and acting were hilarious. And maybe that is the reason why Chandler is the funniest guy.

Lastly, the fashion icon, Rachel, came on board. Played by Jennifer Aniston, who was at the time of casting, has joined another sitcom. But, after meeting the other five, she begged the other producer to release her. And that’s how she joined Friends.

Celebrity Guests On The Show

Friends reunion also brought back some of the original star guests on the show. Moreover, other celebs from the industry delivered sweet messages for the cast and show.

Resse Witherspoon, who played Rachel’s little sister on the show, said that she went crazy when she got a part in Friends. Moreover, she was very excited when Joey used her iconic pick-up line on her in the episode. Kpop sensation BTS also delivered a sweet message, and the leader of the septet, RM told everyone how he learned English by watching Friends. 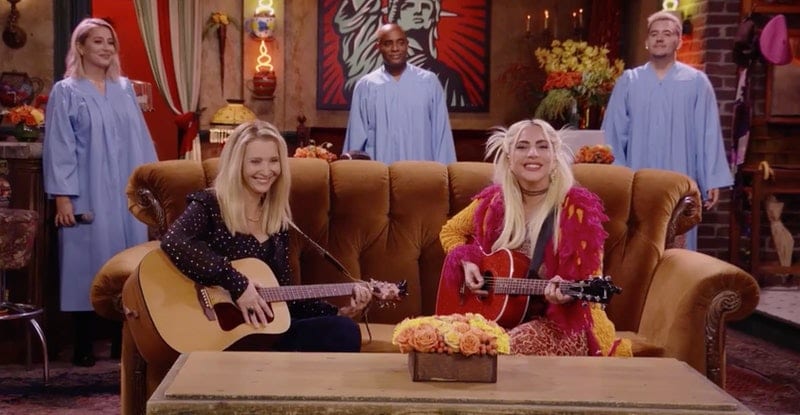 Lady Gaga on the Friends Reunion

Models Cara Delevigne and Cindy Crawford organized a fashion show where they rocked some of the best (funniest) outfits of the show. They were joined by Justin Bieber, who rocked Ross’s famous “Supdnik” costume. On the other hand, Lady Gaga and famous singer Phoebe Buffay had a “smelly cat” concert in Central Park.

It was truly an experience for all the Friends fans. And undoubtedly, we can watch the show over and over again. You can watch all the ten episodes here on Netflix. Switch to HBO Max for the reunion episode.