Free Guy Netflix Release! When is it Coming? 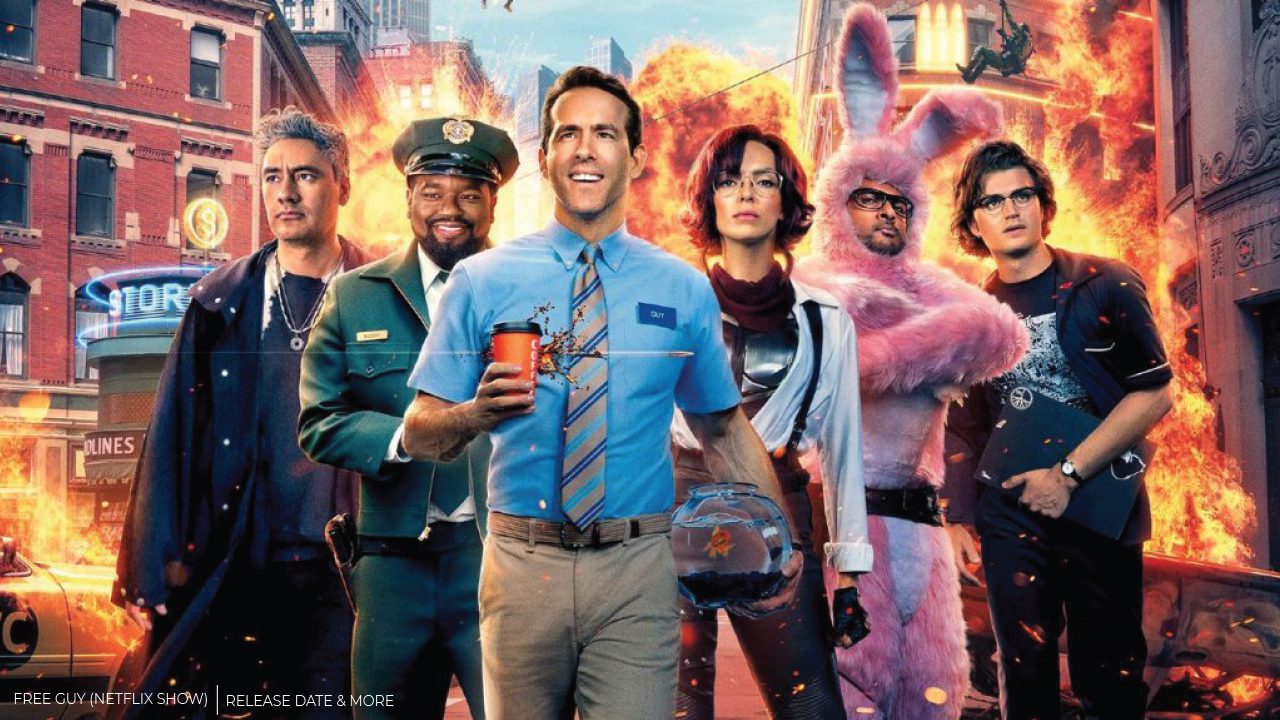 Here, we shall discuss the Netflix release date of Free Guy. The much-awaited film “Free Guy” of Ryan Reynolds had finally shown its face in the theaters. The long unnecessary, and unwanted delay was because of the ongoing COVID-19 pandemic. Free Guy is a 2021 American science fiction action comedy film. The story is by Lieberman; Screenplay by Matt Lieberman and Zak Penn. This amazing action film is directed by Shawn Levy.

The story revolves around the protagonist Ryan Reynolds who plays the role of the guy. In the movie, he is a bank teller. And one day, he suddenly discovers that he is a non-player character in an open-world video game. And then, he decides to become the hero of the story. So he tries to save his friends from deletion by the game’s creator.

The interesting plot and action-filled execution made the movie capable of catching the eye of viewers across the globe. As mentioned, because of the ongoing pandemic, it was released theatrically in the United States on August 13, 2021. Earlier it was scheduled to launch on May 21, 2021. At that time, when the earlier released date was announced, Ryan Reynolds expressed his feelings in a video. He said, “I know we’ve had a couple of hiccups, but this time it’s 100 percent locked in.” And then whispered, “unless of course…”.

The movie had potentially grossed over $179 million worldwide. And it was able to impress the critics to receive a sparkling positive response. They admired the clever concept well adjusted between science fiction, action, and comedy. The critics saw it as the fusion of Ready Player One, The Truman Show, Grand Theft Auto, The Matrix, and Fortnite.

We can say that Free Guy is on the list of one of the first Disney films that are being released solely in theaters. So, we would not be able to watch it on Netflix (as of now, most probably). It is a 20th Century Studios film. So if we see it technically, then it is under the hold of the Disney movie. And as Disney had purchased Fox and many of its subdivisions, so there are more chances that very soon we would get to see this phenomenal movie on Disney+ or the Disney-owned Hulu.

To everyone’s amazement, on August 23, 20th Century Studios announced that they would make “Free Guy” available on all major digital platforms on September 28. But digital doesn’t mean streamers. So, unfortunately, we would be able to watch it only by renting it from any VOD (Video On Demand) platforms but will not be able to find it on Netflix.

Also Read: Where is Cleopatra Filmed? Location of Shoots!

The cast of Free Guy

One of the positive features of this film is that you can sit and complete this movie within just a few hours. The total span of running time of “Free Guy” is 1 hour and 55 minutes. The makers of this movie had cleverly selected its cast. They made it 100% sure that the selected candidate reflects the image of the character. The cast of Free Guy include-

The protagonist is Ryan Reynolds as Guy. He also played the role of Dude with the help of visual effects. Joe Keery as Walter “Keys” McKeys; Jodie Comer as Millie Rusk / Molotov Girl, her in-game username; Utkarsh Ambudkar as Mouser; Lil Rel Howery as Buddy; Britne Oldford as Barista; Taika Waititi as Antwan; Camille Kostek as Bombshell; Mark Lainer as Hostage; Matty Cardarople as Keith, (the gamer behind Revenjamin Buttons); and Mike Devine as Officer Johnny.

In the movie, these personalities served their commentary on the protagonist, Guy. They did so with their perspectives on their respective YouTube and Twitch channel. Certain elite personalities had also appeared in this movie as a cameo. Here they made their appearances as themselves. They include,

Lawson Greyson Boyfriend: Who Is the Actress Dating in 2021?