Made in Chelsea Star, Frankie Gaff welcomes her first child with her boyfriend towards the end of November. 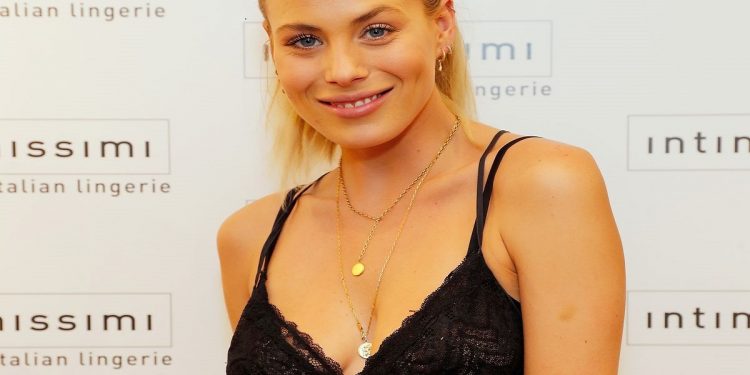 Made in Chelsea Franke Gaff

Congratulations are for Frankie Gaff as she welcomed her first child with her boyfriend. Frankie Gaff gave birth recently to a baby boy. She shared the happy news with everyone on social media by posting some adorable pictures of the baby. The couple had already renovated their house for welcoming their first child together. Frankie never failed to share about her pregnancy and baby bump throughout the whole journey. Her Instagram posts reveal everything from announcing her pregnancy, growing the baby bump in weeks until the first picture of the child.

Moreover, she is also hosting some of her friends and family in the coming week for celebrating the Christmas festive season and the arrival of her little one. Gaff has become a property developer ever since she left the Made in Chelsea show. Previously, she also dated Jamie Ling with whom she broke up in 2017. She also attempted to date Harry Barone and James Taylor for wanting to get back into the dating game. However, she was not successful. Later on, she left the show in their season 15.

Also Read: Jamie Laing Girlfriend: All About The Made In Chelsea Star’s Personal Life

Frankie Gaff gives birth to a baby boy recently and welcomed her first child with her boyfriend, Jamie Dickerson. Made in Chelsea’s star welcomed the child on November 29, 2021. Later on, she shared the news by sharing a few pictures of the baby on Instagram. She captioned the photos as, “Baby Theodore, 28.11.21.” So, the name of the baby boy is Theodore. Meanwhile, three shared three adorable snaps of the baby. In the first one, he is asleep in his cot while dawning a cute onesie and white hoodie. The second one shows how the baby is sleeping and cuddling with his father, Jamie. In the last one, the baby is asleep on the chest of his mother.

Frankie Gaff has always shared about her journey throughout the whole pregnancy. She has been quite frank and excited to welcome her first child. She gave her pregnancy news on July 04, 2021, with her boyfriend. The star shared a picture of them with her catching an ultrasound report. Gaff captioned the pictures that they are soon going to be a party of three. It had left her nervous, excited, and everything in between. Since then, she always shares posts of herself in her Instagram account showing her baby bump, how many weeks it is left for coming the baby, or the changes taking place in her body.

Frankie Graff reveals about the Baby Being a Boy in October

Frankie Gaff posted three photos with her boyfriend on October 30, 2021, and revealed that the couple would soon welcome a baby boy. The pair got seen holding in the pictures a light blue colored knitted cute baby-sized jacket. She captioned the photos that a baby boy is on the way with a heart smiley. They clicked the pictures while they had gone out for having dinner.

Gaff also mentioned in the caption that it is typical of her to leave the same until the last moment. Her feed got saturated suddenly by all the extravagant gender reveals from the minute she found out that she was pregnant. She also said that how it is not just her but the couple in private found out together while the renovations were going on. The star seemed very excited to welcome her baby as she said towards the caption’s ending that she cannot wait to meet him.

Made in Chelsea Star‘s Relationship with Jamie Dickerson

Frankie Gaff’s relationship with Jamie Dickerson is a private one as the star rarely shares about themselves. There is not much known how or when they met each other. But, the pair had been in a relationship since 2020. Jamie is an entrepreneur and businessman. Frankie also wished his birthday with a lovely snap of the pair on Instagram. A close insider revealed in 2020 how Frankie is smitten with her boyfriend. She trusts Jamie and is very comfortable with him. Furthermore, she is also very glad to be dating a reliable person with a proper Job.

‘I Mean, I Want to Say I Like It’ Episode 11: Yukino and Fujishiro Are Forming A Bond