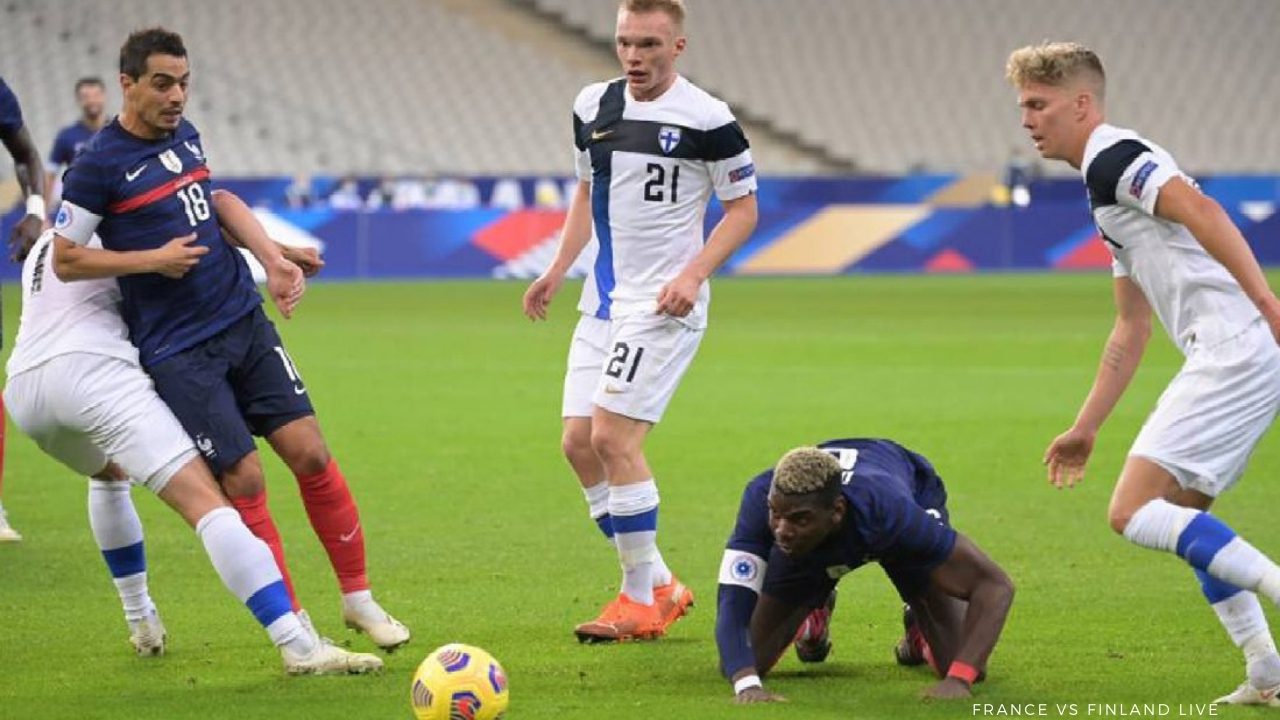 Welcome football fanatics, as today we will debate on the upcoming qualifier match France vs Finland Live!. This should be a strong battle because Finland is a very tricky opponent. The world champions can’t take this game lightly at all. Even though they will certainly qualify, but their recent form has been terrible considering their high standards. The Finnish players have been upgrading their game ever since the 2014 World Cup. Till 2007, Finland used to be a very strong team. But then, their game fell very badly. This qualifier has all the ingredients for a perfect battle. They both sit in the first and second positions of the group. France might find this game important to win, but it is a “must-win” for Finland. The Finnish team led by Pukki will go down to third place if they lose. Because Ukraine also has the same number of points.

This one is the most anticipated match in the World Cup Qualifiers. What can be a better ending than the top two teams of the group fighting for glory? Although France’s recent form has been shaky, they have not lost any matches. While Finland’s recent form has been terrible considering their draws and losses. But this has been a fairytale ride for the Finnish. They have not lost any match against any team in the group stage. They won against Kazakhstan last time out with a 1-0 win. France has been finding it tough as they are missing many of their key players, especially Kylian Mbappe. They came back from behind to draw another match, this time against Ukraine. Today we will discuss where we can watch France vs. Finland Live. Then focus on the match preview, analysis, and predictions.

The world champions will meet Finland at Parc Olympique Lyonnais. It is a famous stadium located in Decines-Charpieu, France. This is matchday 6 of group stage D. The match will be broadcasted on the Sony Ten Sports channel in India. If watching online, the qualifiers can be watched on the Sony Liv App. You just need to install the app, and then you can watch it on various channels like BeIN Sports, Sky Sports, and many more. It has almost every qualifier’s live stream links. The games can also be watched online on Facebook TV and YouTube. Finland is playing away from home. The qualifier between the two classy nations will be on 7 September. It will be played tomorrow at 7:45 pM (IST).

The French National side is filled with top-rated footballers. They are the FIFA world champions for a reason. The players, from the attackers to the goalie, are world-class. Their world cup-winning captain Hugo Lloris is their goalkeeper. In the defense, they have Varane, Lenglet, Kimpembe. Forget reaching Lloris; breaking the french defense is a big task itself. Their midfield is creative as well as dangerous. They have Kante as CDM. Mids are Pogba, Rabiot, Tolisso. Their vision and passing abilities are flawless. The attacking line has Giroud, Benzema, Griezmann, Lemar and Martial. Even without Mbappe, France still looks unbeatable. Finland’s hopes are all upon their Captain Teemu Pukki and Joel Pohjanpalo. With Hradecky guarding the goal, Finland might actually snatch a win or a point in this much-anticipated fixture. Pukki needs just three more goals to overtake Jari Litmanen as Finland’s highest goalscorer of all time. A true legend!!

France has already qualified for the World Cup. But when the last time these two nations met, Finland won 2-0!. A footballing nation like France will look to avenge that loss. In the head-to-head meeting, France has won 8 times out of 10 against Finland. In total, there are four players who will not play against Finland, which might just give the Finnish an advantage. Out of the four, Ngolo Kante will be severely missed for his defensive and attacking abilities. While it’s easy to say France is stronger, that does not make Finland any weaker. It’s a very important game which they can’t afford to lose. And on such occasions, Teemu Pukki always delivers, even if the opposition are the world champions!

Where is Ordeal by Innocence Filmed? The Production Locations