Fran is known for being an intelligent critic of her opponents and has criticized many issues. 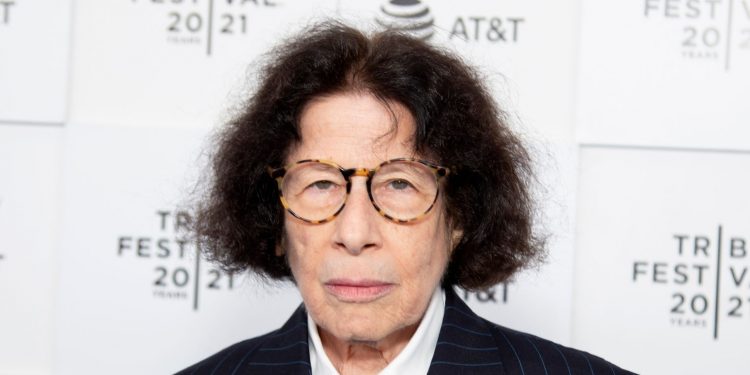 Fran Lebowitz is a person who is a famous and respected celebrity not only in America but throughout the world. Her fans are now searching about who is Fran Lebowitz’s partner? Fran Lebowitz is a brilliant author as well as a speaker. Fran is known for being an intelligent critic of her opponents and has criticized many issues. Among them, one is that she actively criticized the mayor of New York City for turning New York into a suburb and making Manhattan more gentrified. She herself does not accept anything that is digitally and virtually advanced.

The famous writer’s cynical social commentary is the apex of her personality. She doesn’t hesitate to express her feelings, and the New York Times calls her a contemporary Dorothy Parker. The 70-year-old author has written books such as Metropolitan Life, Social Studies, and The Fran Lebowitz Reader and has received much acclaim for her works. Lebowitz is also an occasional actress and has worked in several Hollywood films. And, ultimately we will learn about her personal life, partner, career, and her net worth.

Fran Lebowitz does not have any partner. She is single and is not married. But, Fran used to date mainly models in the 1990s. And once, Fran was photographed walking with a woman in 1994, and she was hugging her so-called partner by the waist. This does not mean that she is Fran Lebowitz’s wife. Lebowitz has not been tempted to marry, which suggests that she does not have a wife.

However, she had some lovers. In some of her interviews, she has even said that she is a bad girlfriend but a wonderful daughter and friend. Lebowitz even said she could only be in a relationship for six days or less and nothing more. She also mentioned that her longest relationship was of three years. The 70-year-old writer has a good relationship with writer Tori Morrison and regularly seeks her advice. There were also reports that Fran Lebowitz had also dated Dave Alloca, a photographer from New York, but the idea was quickly debunked as Fran has always been known to be a lesbian and has never dated a man.

Frances Ann Lebowitz is 71 years old as she was born on October 27, 1950. She was born and raised in Morristown, New Jersey, USA. Her parents inhabited a furniture store and upholstery workshop at Pearl’s Upholstered Furniture. She has been reading books since childhood, and her hobby has changed into an obsession as she only reads books in class and neglects her all schoolwork. She is also a seven-year-old atheist and describes her Jewish culture as ethnic and social, but not religious.

Fran also mentioned James Baldwin as her inspiration and also the first intellectual that she had ever come across. He played an important role in her reading tendencies. Lebowitz went to school until she was 15, even though she didn’t have any interest in that. Lebowitz was by no means a good student; she failed six times in algebra.

Due to her poor grades, her parents took her to the Wilson School, a private Episcopal school for girls. She works hard at school and also did a part-time job at Carvel’s ice cream parlor. Her grades improved over time, but she always struggled to keep up with the school’s rules and regulations. So, she was expelled from the school for “unspecified surliness.” She was later accepted into Morristown High School but was sadly expelled from the school for peeping outside and watching pep rallies during class hours.

At the age of 21, the famous author worked for a magazine that wrote about politics and culture. She also sold advertising space, wrote book and film reviews, and finally made her biggest breakthrough during this period while working on an interview with Andy Warhol. She worked for him as a columnist.

An already famous person, Fran Lebowitz gained immense popularity after appearing on the Netflix series, Pretend It’s a City. The 71-year-old woman has captured people’s hearts with her charm and sarcastic demeanor. It has also increased people’s curiosity to know about Fran Lebowitz’s net worth for 2021. Lebowitz is a well-known celebrity with a net worth of around $4 million. Her main sources of income are her work as a speaker and her publications (articles).

She has gained a lot of popularity and support apart from money. She has come a long way to become a successful writer and author. Fran bought a one-bedroom apartment in New York’s Chelsea neighborhood for $3.1 million in 2017. Before becoming famous, she lived in New York as a tenant for most of her life. In 2021, she told the New York Times that she would have to “strain” to buy an apartment and that she would have to “extend” to buy it. She is said to have a library of 10,000 books in her apartment.