Healy wasn't interested in singing until he was a teenager. His obsession with songwriting took shape when he received his first guitar at the age of 13. 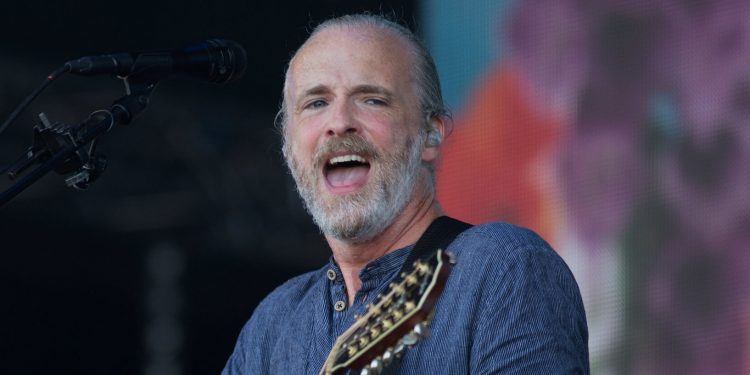 Fran Healy, the full name Francis Healy was the lead vocalist and songwriter for Travis, one of the most successful Britpop bands of the late 1990s and early 2000s. He is known for his massive spendings, which is why people want to know about Fran Healy’s Net Worth. Born in England in 1973, Fran Healy moved to Glasgow as a child and lived in Scotland throughout his youth, and eventually moved to London at the age of 23 with bandmates Andy Dunlop, Neil Primrose, and Dougie Payne. The four of them had perfected Travis’ voice during their stay in Glasgow and wasted little time making a buzz in their new home.

With production by U2 architect Steve Lillywhite, Travis’ debut album Good Feeling was released in 1997. Although it did not sell well, the band won a European tour with Oasis, and Travis started to build his reputation as a solid live artist. Travis took stride around the turn of the millennium when his two albums, The Man Who and The Invisible Band, each sold several million copies. Healy does nearly all of his songwriting duties himself, and his smooth, melodic music has become a hallmark of Britpop in recent days, with younger bands such as Coldplay and Keane citing Travis’ albums as a significant influence.

The momentum stopped in 2002 when Primrose broke his neck while jumping into a shallow swimming pool. The band paused until he recovered and finally returned in 2003 with 12 Memories. Travis has continued to release albums throughout this decade. Meanwhile, Healy began writing material for his solo album titled Wreckorder in the year 2010.

Fran Healy’s net worth is estimated between $1 to $5 million. He made such a fortune with his primary career as a pop singer. Although Healy primarily plays guitar, Healy is also known for writing and playing the piano. In 2010, Healy released the solo album titled Wreckorder with Paul McCartney on bass and Neko Case. Fran co-wrote the song “Here With Me” from The Killers’ 2012 Battle Born. In 1991, Neil Primrose, drummer for Glasgow’s band Glass Onion, asked Healy if he would audition for the band; as their former singer Catherine Maxwell recently left the band.

Healy joined the band, and the same day, he enrolled at the Glasgow School of the Arts. The group was soon renamed Travis, which was named after the main character in the Wim Wenders film Paris, Texas. Travis has been awarded the British Album of the Year twice at the annual BRIT Awards. He is believed to have paved the way for British bands such as Coldplay and Keane. Travis has released nine studio albums, starting with Good Feeling in 1997. On November 17, 2012, he was awarded an honorary doctorate from the University of Strathclyde.

Also Read: Shweta Bachchan-Nanda Divorce: How True Are The Rumors?

Fran Healy’s full name is “Francis Healy.” Fran was born on July 23, 1973, in Stafford, England. Though Healy was born in Stafford, England, he was raised in Glasgow, Scotland, which is his mother’s hometown. Her mother has returned to Scotland after the divorce from her husband. Healy said that his mother and grandmother had a massive influence on him. Fran attended Holyrood High School in Glasgow. As a child in elementary school, he received a book of poetry by Robert Burns and a Certificate of Outstanding Singing Ability after singing the old Scottish song “Westering Home” while dressed in a kilt.

However, Healy wasn’t interested in singing until he was a teenager. His obsession with songwriting took shape when he received his first guitar at the age of 13 in 1986 after seeing Roy Orbison perform his hit “Pretty Woman” at The Last Resort with Jonathan Ross. His first full song was written for his school principal, Peter Mullen, entitled “Mr. Mullen Blues,” with a sample lyric. Healy performed his song in the school talent show but couldn’t move the jury. He also played in several school classes.

Healy has been in a romantic relationship with German photographer and former makeup artist Nora Kryst since 1996. Their son Clay Kryst was born in March 2006. After residing in London for 12 years, the family moved to Berlin in February 2008, but still keeps one apartment in London and one apartment in Soho, New York. Healy and his family now live in Los Angeles. In the late ’90s and early 2000s, Healy made the Hawkston fin hairstyle famous.

To thank Paul McCartney for playing on his album, Healy and Nora Christ became vegetarians in 2010 and agreed to raise their son that way. McCartney is a long-time proponent of vegetarianism. In the 2005 general election, Healy was declared a supporter of the Liberal Democrats. Most recently, in 2021, Travis frontman Fran Healy had to undergo emergency surgery after an attack from a sausage dog, which left him unable to play his guitar.