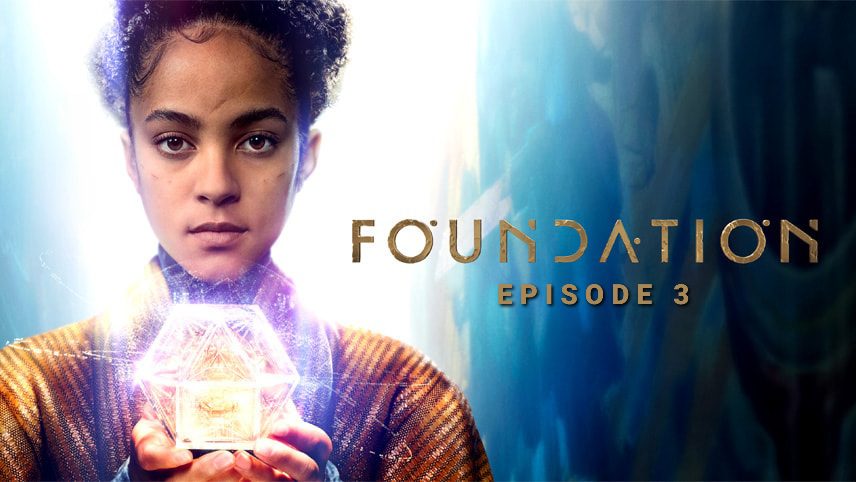 Foundation streams on Apple TV+ every week on Saturdays.

Foundation season 1 episode 3 will continue the epic sci-fi saga that premiered this Friday on Apple TV+. Loosely based on the iconic book series by Isaac Asimov, the series has opened up with massive spectacle. Aiding the grand spectacles are great characters and an equally grand tale that will span hundreds of centuries. Episodes 1 and 2 have established the world of Foundation with the necessary exposition and sufficient intrigue. With episode 3 set to release the next Friday, we’ll learn more about the events that have transpired so far. These events include the devastating terrorist attack on Trantor, Seldon’s death, and Raych’s betrayal.

Why did Raych kill Seldon? Where did Raych send Gaal off to? Were Seldon’s calculations wrong? Who was behind the attack on Trantor? Episode 3 of Foundation season 1 will answer all these questions and more. We can expect the next episode to contend with the aftermath of Seldon’s death. According to the official synopsis, The Foundation will be finally arriving on Terminus. Meanwhile, Brother Dusk is reflecting on his legacy as he prepares for his ascension. Let’s now delve into what the next episode of Foundation will entail. Spoilers ahead! 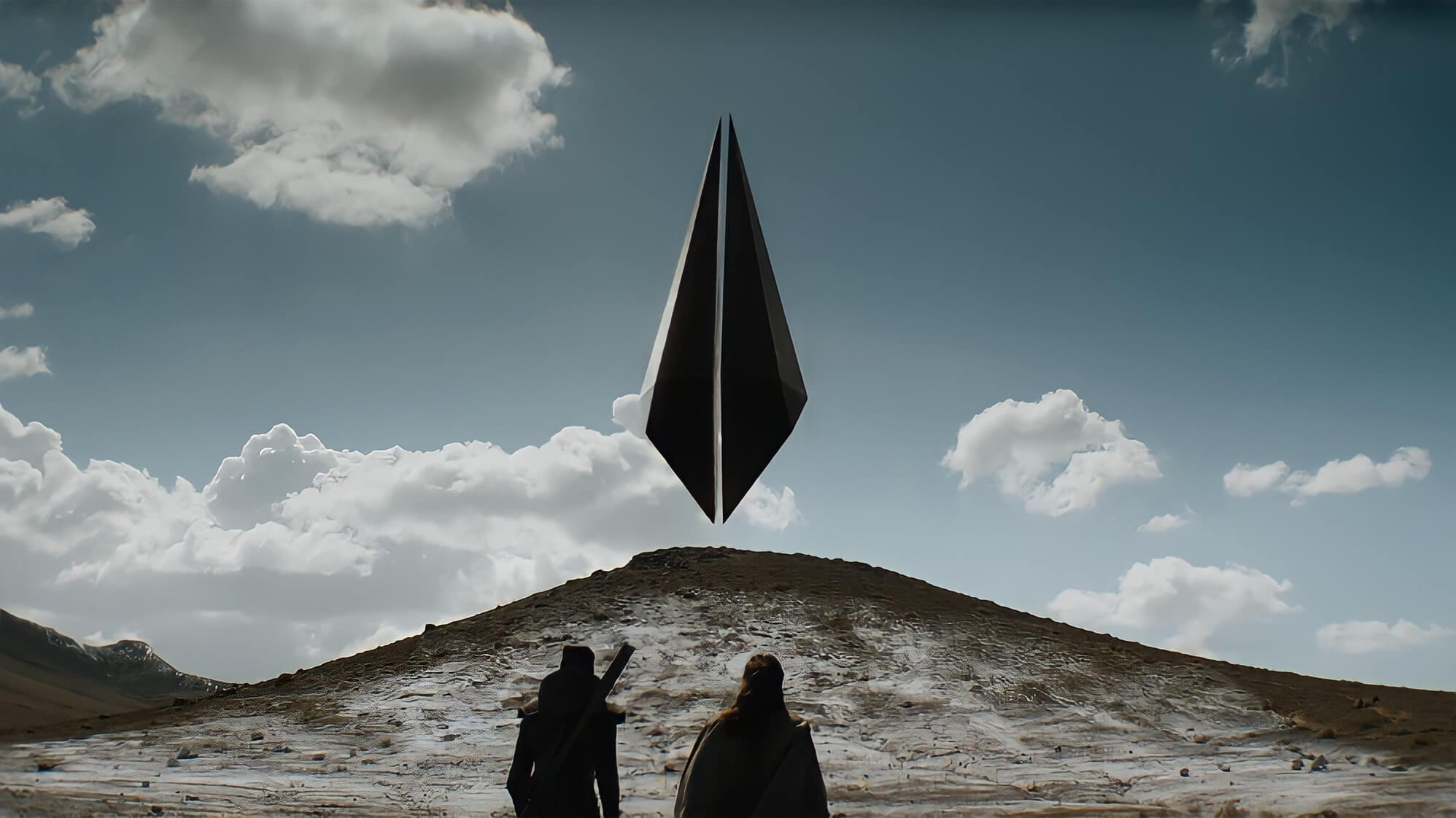 Foundation reaching Terminus and coming across the mysterious object.

Episode 3 of Foundation season 1 is set to release on October 1, 2021, at 3:00 a.m. ET on Apple TV+. The show made its premiere on the streaming platform with the first two episodes. Episode 1, “The Emperor’s Peace”, introduced us to the Imperium, Hari, Gaal, and all other characters in the periphery. Episode 2, “Preparing to Live” followed Hari and Gaal on their journey to Terminus. Both of the episodes premiered simultaneously on Apple TV+ on September 24, 2021. Foundation season 1 is set to run for a total of ten episodes, with a seemingly 1-hour average runtime.

You can watch episode 3 of Foundation season 1 on Apple TV+. The streaming service will cost you about $4.99/month after a week-long free trial. Buying a certain Apple product can also avail you of up to three months of free Apple TV+ content. The service is available to watch on iPhones, computers, Apple TVs, Rokus, among other streaming devices. New episodes of Foundation season 1 stream every week on Apple TV+ on Fridays.

Episode 2 of Foundation opens months after the attack on Trantor. Hari, Gaal, and Raych are on their way to Terminus and start the Foundation. With more than four years until they reach the planet at the galaxy’s edge, the crew makes most of the time. They run simulations of a potential lethal wildlife attack and harsh environmental conditions. Meanwhile, they are also deciding on what knowledge must they preserve for the post-dark-age civilizations. Back on Trantor, Emperor Day serves Anacreon and Thespis with his wrath, unleashing a devastating onslaught on their planets while also hanging many delegates from the respective planets as the main ambassadors witness in abject terror. Although the citizens of Trantor back Emperor’s move but Bother Dusk is not so keen on violent action. The second episode ends with Gaal witnessing the abruptly tragic murder of Seldon at the hands of Raych. As the alarm goes off, Raych runs off with Gaal and ejects her out of the ship in a Cryo-pod. 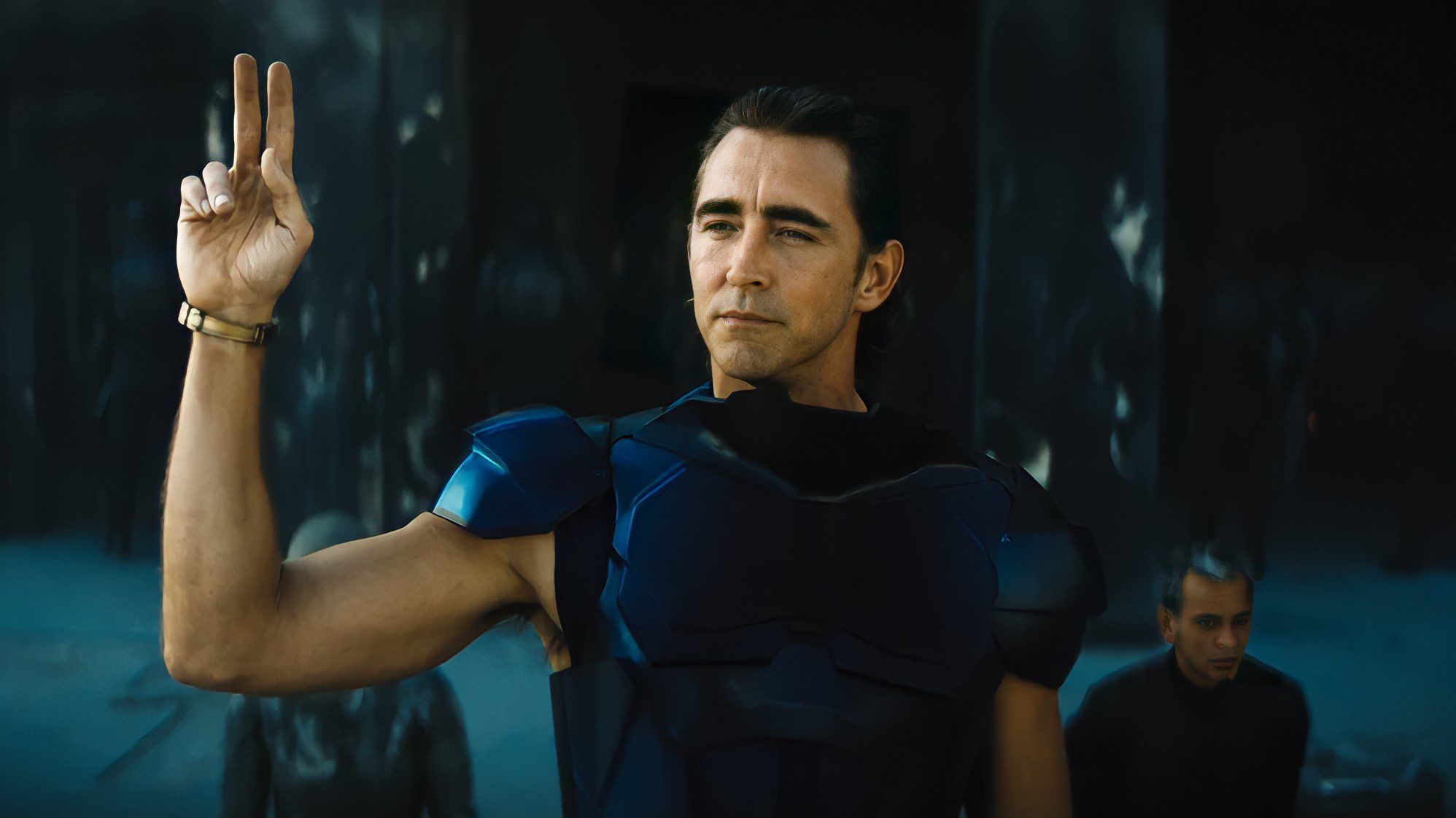 Titled “The Mathematician’s Ghost”, episode 3 of Foundation season 1 will follow the shocking murder of Hari Seldon. The psychohistory mathematics champion, Seldon seems to be integral to the entire plot of Foundation. His prediction about the fall of the Galactic Empire is what sets the story into motion. After a non-zero, albeit microscopic chance of them surviving, Emperor didn’t give them the death sentence. I think this choice by the Emperor might be the reason behind Seldon’s tragic death at the hands of Raych. Throughout episode 2 of Foundation season 1, Raych treated Hari with unusual bitterness.
At first, it seemed like the bitterness stemmed out of him discovering that Seldon’s calculations aren’t entirely accurate. However, that might just be a part of the reason behind him stabbing his mathematician’s best friend. Seldon himself had likely told Raych to kill him. The synopsis of the sci-fi series says that the Foundation must defy the Galactic Empire to save it. I think Seldon’s calculations didn’t take into account the non-zero chance of him surviving the Empire’s arrest. His death must turn him into a martyr, inspiring the exiles to eventually unify against the Empire.

I’d even venture as far as to say that Seldon might have been behind the terrorist attack on Trantor. Maybe the 100-million deaths were the only way to convince Empire of the impending doom. However, that’s a theory for later. For the time being, I do think Seldon’s death is a part of his own over-arching plan. However, it was botched when Gaal arrived at the scene, compelling Raych to send her away on a Cryo-pod. Episode 3 of Foundation will show us where that Cryo-pod is headed to. Maybe it’s headed to the second Foundation Seldon had set up, like in the books. Maybe this was Seldon’s plan all along, or at least since the Emperor exiled them. It follows then, that Seldon told his plan to Raych, one he believed could successfully carry it out.

Being privy to this plan and dreading the inevitable might be the reason behind Raych’s bitterness towards Seldon. In episode 3 of Foundation season 1, we will also be following Emperor Day’s violent actions. He might have just made the mistake that would trigger a galactic rebellion. Meanwhile, Dusk is unsure of the Empire’s way of running things while he confronts his own mortality. He will be reflecting upon his legacy while preparing for ascension. Meanwhile, The Foundation will finally be arriving on Terminus. Furthermore, they will come across the mysterious object that we have seen in the previous two episodes.

Also Read: How Many Episodes Will Foundation TV Show Have?