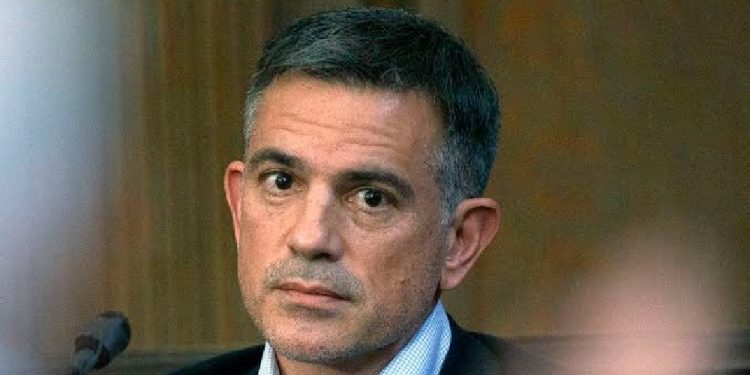 Fotis Dulos was known to be the estranged husband of missing New Canaan mother-of-five Jennifer Farber Dulos, who has reportedly been missing since May 24, 2019. Fotis Dulos was a businessperson and the founder of Fore Group Inc., a luxury home development company in Connecticut. In the case of his wife’s disappearance, Dulos was the major suspect. Do you know who Fotis Dulos’ Girlfriend was? Dulos, who was 52 years old at the time of his death, died in New York City on January 30, 2020. He was born in the Turkish city of Istanbul on August 6, 1967. Kleopatra Dulos, his mother, died of internal hemorrhage in 2010 after the family’s nanny drove her over with the Land Rover at the time. Rena Dulos is his sister’s name.

Fotis Dulos graduated from Brown University, just like his wife, Jennifer Dulos. He went on to Columbia Business School and received his MBA in finance. He subsequently went on to form his own company and operate as a luxury home builder. Fotis grew and raised in Athens, Greece, after being born in Turkey. In 1986, he migrated to America. Dulos lived in a 10,000-square-foot mansion on Jefferson Crossing, a private road created by Fotis Dulos’ Fore Group. There are six bedrooms, seven bathrooms, four garages, and three half-bathrooms in this house. In June 1989, Fotis joined Petros Dulos $ Co. as a partner, a position he kept for six years, until August 1995. For almost seven years, from 1997 to 2004, he was the manager of Cap Gemini Ernst $ Young. Fotis has been the CEO and owner of Fore Group Inc. since 2004.

Who was Fotis Dulos’ Girlfriend? He was dating Michelle Troconis at the time of his death. Michelle Troconis is a successful entrepreneur and CEO. Troconis has traveled extensively and has appeared on numerous television programs to interview celebrities. She also invested in and opened a ski resort in Argentina. In several news pieces, Michelle Troconis is referred to as “The Other Woman.” Troconis had a relationship with Jennifer Dulos’s husband, Dulos.

Fotis was suspected of being engaged in Jennifer’s murder by the police. Michelle Troconis’ whereabouts are unknown after her arrest on June 1, 2019. Michelle and her then-boyfriend Fotis Dulos were detained by the FBI for their involvement in Jennifer Dulos’ disappearance and death. Carlos Traconis, a pediatric heart surgeon, is her father. Marisela Arreaza is Michelle’s mother. Troconis has a daughter named Nicole with Gaston Begue. Michelle’s former boss, Gaston, is an Olympic skier.

He’d been married twice before. He married Hilary Vanessa Aldama, a Shreveport, Louisiana lawyer, whom he met at Brown University. In June of 2000, the pair married in Athens, Greece. The couple split on July 12, 2004, in a polite and peaceful manner and shared their assets, which included their home at 10 Sunrise Drive in Canton, as well as records of furniture, cars, and any other common property. The couple didn’t have any children.

Dulos married Jennifer Farber, a Brown University alumnus. On August 28, 2004, the pair tied the knot. Jennifer filed for divorce on June 20, 2017, and it was finalized after she disappeared. She admitted in that file that she knew filing for divorce would “enrage” Fotis Dulos. She said that her spouse would seek vengeance by attempting to harm her in some way. In the complaint, she described him as dangerous and vicious, alleging that he harbored sickening revenge fantasies. Two pairs of twins, Constantine Dulos and Cleopatra Noelle Dulos, and three sons, Petros Dulos, Theodore Dulos, and Christiane Dulos, were born to the couple.

Fotis Dulos attempted suicide at his Farmington, Connecticut home on January 28, 2020. By running a tube from his SUV’s exhaust pipe to the closed interior of his automobile, he purposefully poisoned himself with carbon monoxide. After Dulos failed to appear for his emergency bail hearing, the police came for a wellness check and discovered him. They gave him CPR and transported him to UConn Medical Center, where he was then evacuated to Jacobi Medical Center. The move was necessary in order for him to receive hyperbaric oxygen therapy.

Dulos, on the other hand, died on January 30, 2020. At the time of his death, Fotis was 52 years old. “I refuse to spend even an hour more in jail for something I had NOTHING to do with,” he said in his apparent suicide note. He also claimed that Michelle Troconis and Kent Mawhinney were unrelated to Jennifer’s disappearance. A judge agreed to a nolle prosequi request on March 3, 2020, and dismissed the murder charges against Dulos.

Also Read: Who is Ayesha Singh’s Boyfriend in 2022? The Indian Television Star’s Love Life and Dating