Epic Games released a trailer for the new Fortnite Chapter 3. 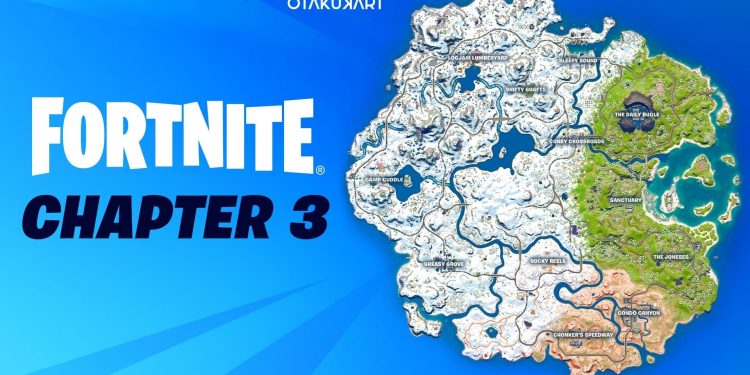 When will Fortnite Chapter 3 come out? Well, we know what brought you here. So, Fortnite chapter 2 had its end of the season event on 5th December. That was for Australia and India, so it’s already ended. Epic Games, the developers of the game, has once again said that the players wouldn’t have the availability of the replay feature for this event. Moreover, more than 350 million folks were highly exhilarated, so there might not be many who missed the event. Talking about chapter 2’s popularity, then it has been a great and exciting chapter that had highly-rated seasons like season 2, season 8, season 4.

On the other hand, season 6 was the least favorite of gamers. It received only 35% positive responses throughout the internet. But seasons 7 and 8 weren’t the same as the 6th as these ones improved. Season 8 live event was the end of the entire chapter, and the end of the 8th season will lead us to a new beginning of “Fortnite” chapter 3 that might be one of the top chapters. Are you excited about Fortnite chapter 3? If so, you are in the right place. We got much stuff about Fortnite chapter 3 to discuss.

Fortnite Chapter 3 will be released on 7 December 2021. After the end of its first chapter, the Fortnite game was down, and it didn’t have the spotlight for which the makers were working day and night. However, all the charts started rebuilding, and people started taking a look at the game once again. Chapter 2 had lots of changes that weren’t there in chapter 1, and as we are about to welcome chapter 3, we could expect a lot of new features and changes.

If we elaborate further, Chapter 3 will contain more different biomes, including the old ones and the return of Paradise Triumphs. Epic Games released a trailer for the new arrival in which they disclosed that we’d get to see a completely different map that has never been seen before.

Also, they assured that there would be everything, including new locations, that would enhance the player’s gaming experience. It seems like Epic games are focusing and devoting Fortnite to make it cutting edge and non-identical leaving challengers back in the realm. Fortnite is one of the top games with 350 million players, and the makers are earning nearly 30 billion. We got a lot more interesting details. Read further to know what all surprises Epic games have got for us.

What do we know about Fortnite chapter 3?

Fortnite’s biggest chapter is here, but before the official launch of Chapter 3 Season 1, a trailer was out for the coming period of Epic’s mega-popular free-to-play shooter. It revealed new skins, new biomes, game mechanics, and characters that were on the way. Well, players must polish their gameplay to enjoy all the new drops. Further, do you like Spider-Man? If so, good news! Spider-Man is coming to Fortnite. It also appears that the Daily Bugle from Spider-Man’s interpretation of NYC is also going to be a part of the new season in Fortnite Chapter 3. The blurted caravan, which features a Polish narrator, also compactly reveals that Marcus Fenix and Kait Diaz from Gears of War will be coming to Fortnite in Chapter 3, too.

They also stated that besides these features, the map is completely new, with new and varied locations for players to explore. Now players can visit the Sanctuary, the hidden house of The Seven, and the Spider-Man Neighborhood-The Daily Bugle, as well as other locales. Remember, due to the new rainfall conditions, and anything can happen. Further, fans can check out the Season 1 Chapter 3 Battle Pass, where you’ll find Spider-Man, The Foundation, and other skins.

Before this week, Chapter 3 content began oozing ahead of the big event. Some of those leaks sounded to confirm the addict proposition that Dwanye “The Rock” Johnson is the voice behind the mysterious The Foundation. It’s continuing to make its own “metaverse”. What are you waiting for? Jump into Fortnite chapter 3 and explore an all-new experience.

Who Is Corbin Bleu Married To? Everything About His Personal Life