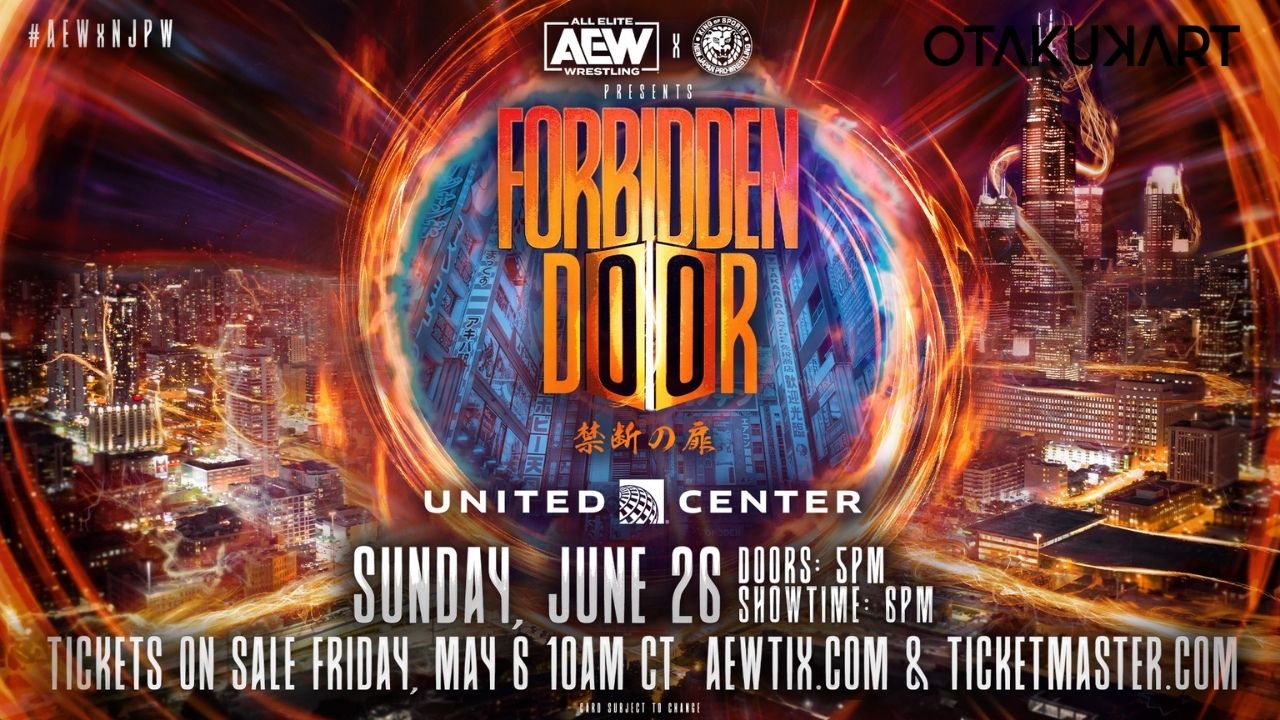 From Official Site Of All Elite Wrestling

AEW & NJPW are joining hands to present a joint paper view called Forbidden Door that will feature wrestlers from both promotions. Rumors of AEW possibly planning to do a supershow with NJPW have been in the air for a while. Last week, AEW began teasing a huge announcement by Tony Khan. The whole week fans spent theorizing the same until last night Tony Khan joined Dynamite to break the news.

AEW President Tony Khan welcomed NJPW President Takami Ohbari. Before they could say any word about the announcement, AEW star Adam Cole interrupted them. He went on to announce that AEW & NJPW will be presenting their first joint pay-per-view, “AEW x NJPW: Forbidden Door”. The event will take place live on Sunday, June 26, at the United Center in Chicago. 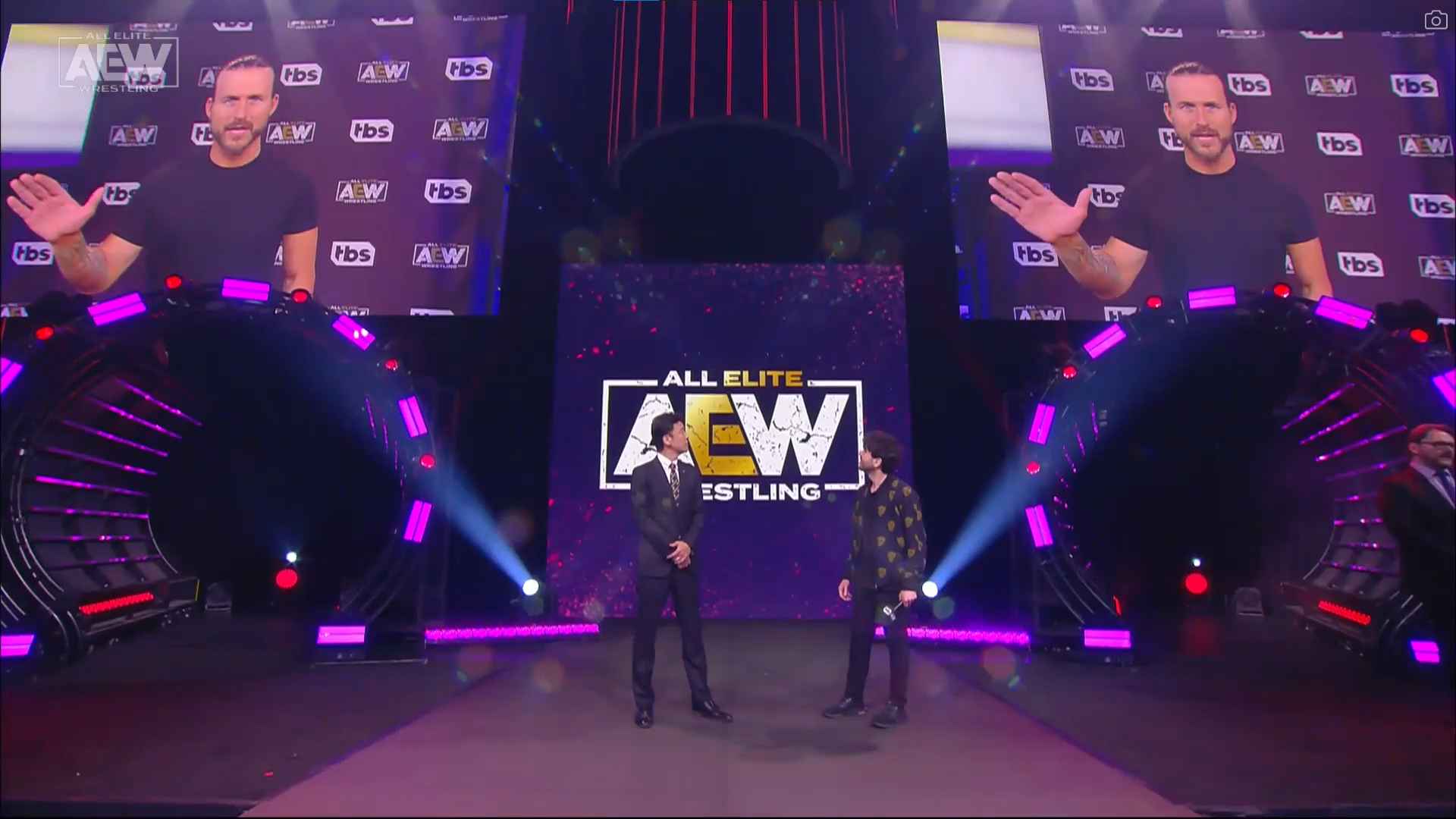 Adam Cole also went on to tease the beginnings of this event as he announced his qualifying match for the Owen Hart Foundation Tournament against Tomohiro Ishii for this week’s AEW Rampage. Following that, Adam Cole welcomed Switchblade Jay White from NJPW, who made sure fans knew that this event would be about The Undisputed Elite & The Bullet Club.

AEW further released a press release to share more details on AEW X NJPW: Forbidden Door pay-per-view. The tickets for the event will go on sale on Friday, May 6, at 11 a.m. ET/10 a.m. CT atAEWTix.com and Ticketmaster.com.

Bleacherreport app will be streaming the AEW x NJPW: Forbidden Door event while it will also be available through Satellite providers in the United States & Canada. Internationally FiteTV will stream the event, while fans in Japan can opt for iPPV on NJPWWorld.com.

Tony Khan further talked about the historic event. He believes the world is opening up again, and he wants the forbidden door to do the same. Thus giving the pro-wrestling fans the matches they can dream of from world-class wrestlers of AEW and NJPW.

President of NJPW Takami Ohbari also talked about the event. He says that they are continuing what they did for 50 years by giving the fans what they dreamed of. They are not only opening the forbidden door but also introducing NJPW’s strong style to a bigger audience now.