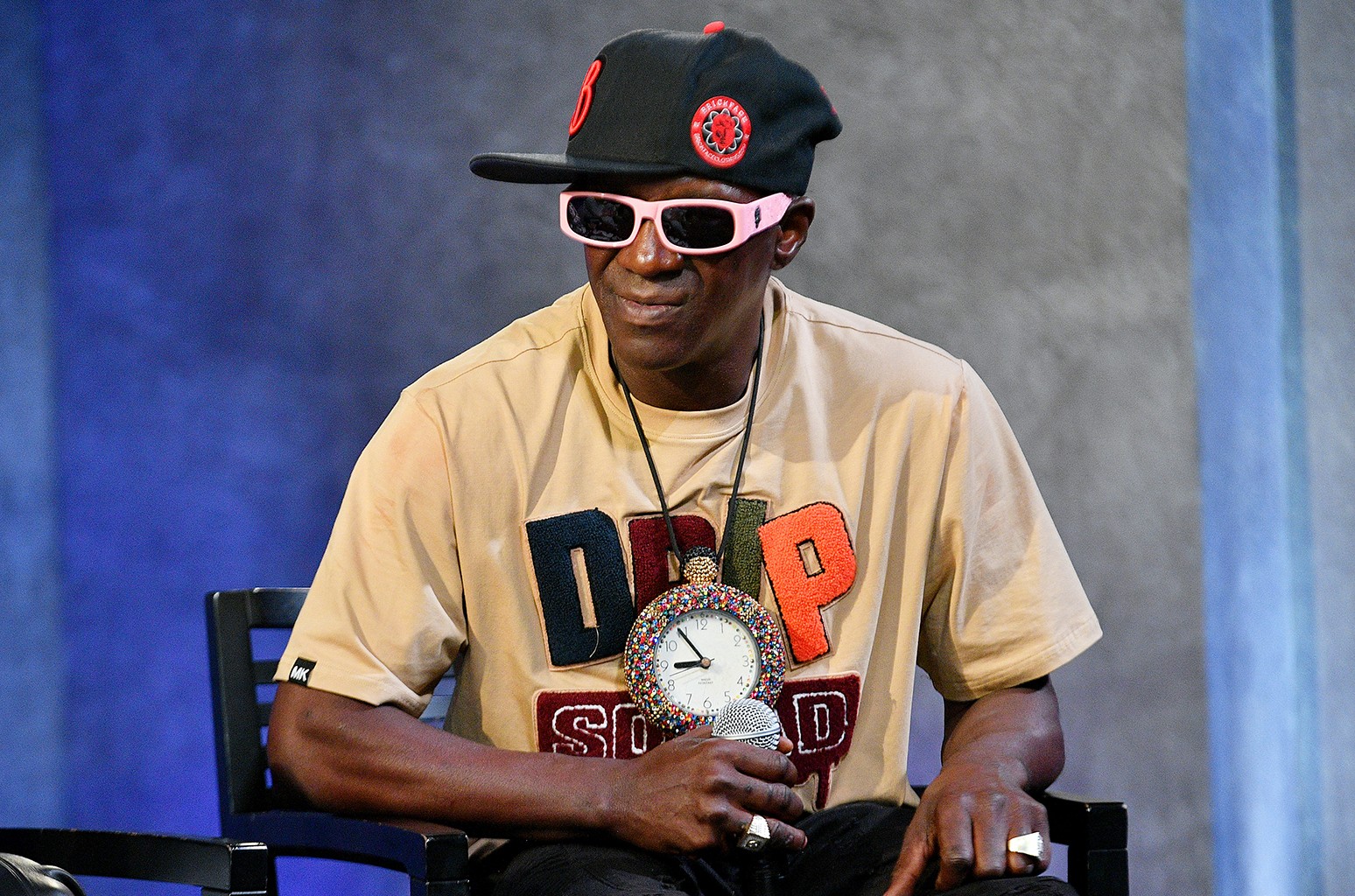 Flavor Flav sitting down for an interview.

Flavor Flav is an American rapper and reality TV star. He is known as the hypeman of the American hip-hop group Public Enemy. He is also the co-founder of Public Enemy. He rose to stardom with the group, which put forward the problems and frustration of the black American community in the form of their music. Flav himself is an iconic legend in the world of hip hop.

After his downfall due to personal issues and addiction, he took his chance in the world of reality TV shows. He hosted the progressive version of Bachelors in early 2000 with his show The flavor of Love. The show was a huge success and made Flav a reality TV star. The 61-year-old rapper turned reality star was recently in the news for part away from the Public Enemy. Later it was released by Chuck D himself that it was nothing but a hoax. Let’s know more about the rapper Flavor Flav.

About of Flavor Flav

On the 16th march of 1959, William Jonahant Drayton Jr. was born in Roosevelt, Long Island, New York. Drayton was brought up in the common town of Freeport, Long Island. At an early age, Flav exhibited great talent in music. He taught himself to play the piano just at the tender age of 5. He was also part of the youth choir at his church. Furthermore, he mastered the piano, drums, and guitar in his time in the youth choir. Music came simply to him. 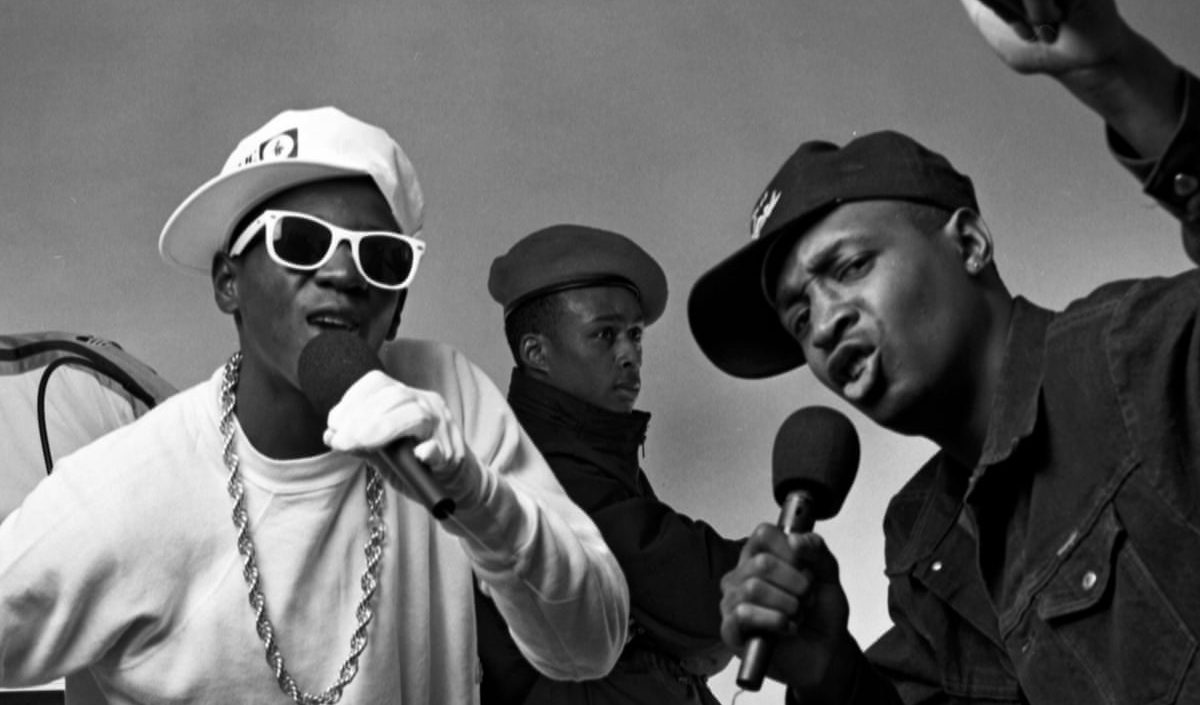 However, Flav was a troublesome child. By the time he reached adulthood, he had gone in and out of jail a few times. He battled to keep himself in the clear. Moreover, when Flav quit secondary school in the eleventh grade. He mostly went to short prison sentences for theft and robbery. To clear up his image and getting serious for the future.  Drayton decided to go to a culinary school in 1978. Where he met Carlton Ridenhour, now popularly known as Chuck D). Together they started rapping and collaborated on Chuck D’s hip-hop college radio show. They were discovered soon and co-founded the American hip hop group Public Enemy in 1985. And that was the beginning of the legendary era of political criticizing rap music and Flour Flav’s career as a rap artist.

The career of Flavor Flav

Flavor Flav’s career took off when he started rapping with chuck D in their college days. They soon got recognized by Def Jam Records.  They got founded an American hip-hop group called Public Enemy. The group gained limelight for their music with a political message and strong criticism in their lyrics for the US Media. Mostly their songs revolved around the frustrations and concerns of the African American community. In 1987 they made their official debut with the album Yo! Bum Rush the Show. Later released the second album, It Takes a Nation of Millions to Hold Us Back. It was the first hip hop album to top The Village Voice‘s Pazz & Jop critics’ poll. The group went on to make more successful records.

Suppose we talk about his solo projects. The first track where he rapped solo was “Life of a Nigerian” on Goat Ju JU. But his first solo hit was in 1990 single “911 Is a Joke”. Furthermore, he put out his first solo album, titled Flavor Flav, in 2006. It came out during the 2nd second of his dating reality show Flavor of Love.

After making music for years, Flav took a small hiatus from the world of music and entered the world of television. In his initial television career, he participates in the VH1 reality show The Surreal Life. During the show, he got close to the actress Brigitte Nielsen. And right after the end of The Surreal Life, the two started dating. This made VH1 give Flav and Brigitte a Spinoff show, Strange Love. In the show, they discovered their amusing adventure in love. Unfortunately, the couple broke off by the end of the show. And Brigitte decided to went back to her fiancé, Mattia Dessi.

He also did shows like The Flavor of Love and its spin-offs I Love New York, and I Love Money. During the broadcast of the third season of  The Flavor of Love. He proposed to her on-air and later had a son together. He also went on The Comedy Central roast of Flavor Flav in  2007. Guests appearing at the roast included

Flavour Flav With Public Enemy has won six Grammy nominations in total. They won in the category of Best Rap Performance by a Duo or Group. They won for the songs; Fight the Power (1990), Fear of a Black Planet(1991), Apocalypse 91(1992), and Greatest Misses (1993).

They also won Best Metal Performance in 1995  for “Bring the Noise” with Anthrax and Best Music Video in 1993 for “The Enemy Strikes Live.”The Public Enemy gained a spot on the Rock and Roll Hall of Fame. They also received  Grammy Lifetime Achievement Award in 2020. In addition to they have also gained nominations from the American Music Awards and the Soul Train Awards. They won the Best Rap Album for “Apocalypse ’91”.  In 2006 Flav received Teen Choice Award nominations for TV in two categories. The Choice Reality Star (Male) and for Choice TV: Male Reality/Variety Star for his reality show The flavor of love. 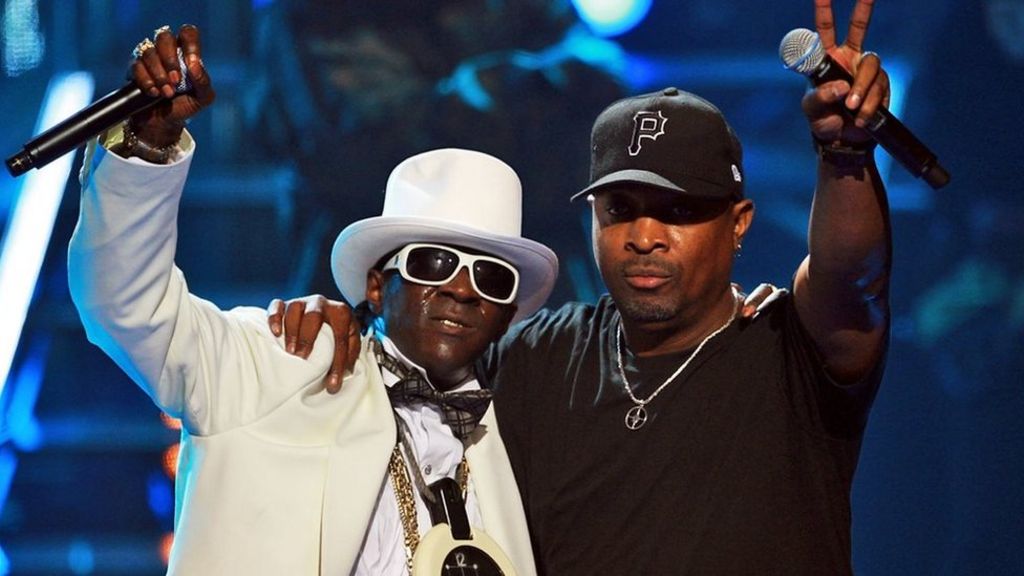 The now 61 years old American rapper and reality TV star Flavor Flav have a net worth of $2 million. He is known as the co-founder of the American hip hop group Public enemy. The group made history with 14 studio albums. Flav most earns from the royalty for the tracks with the Public eye and streaming from his solo songs.

Also, his Tv reality show and appearances have a hand in his net worth as well. Moreover, he also has a real estate business around Las Vegas and owns two restaurants in Iowa and Las Vegas. In 2010 his net worth was around $10 million, but due to a drop in his popularity in the last decade and fewer tv appearances. His net worth has seen a drop in 2021.