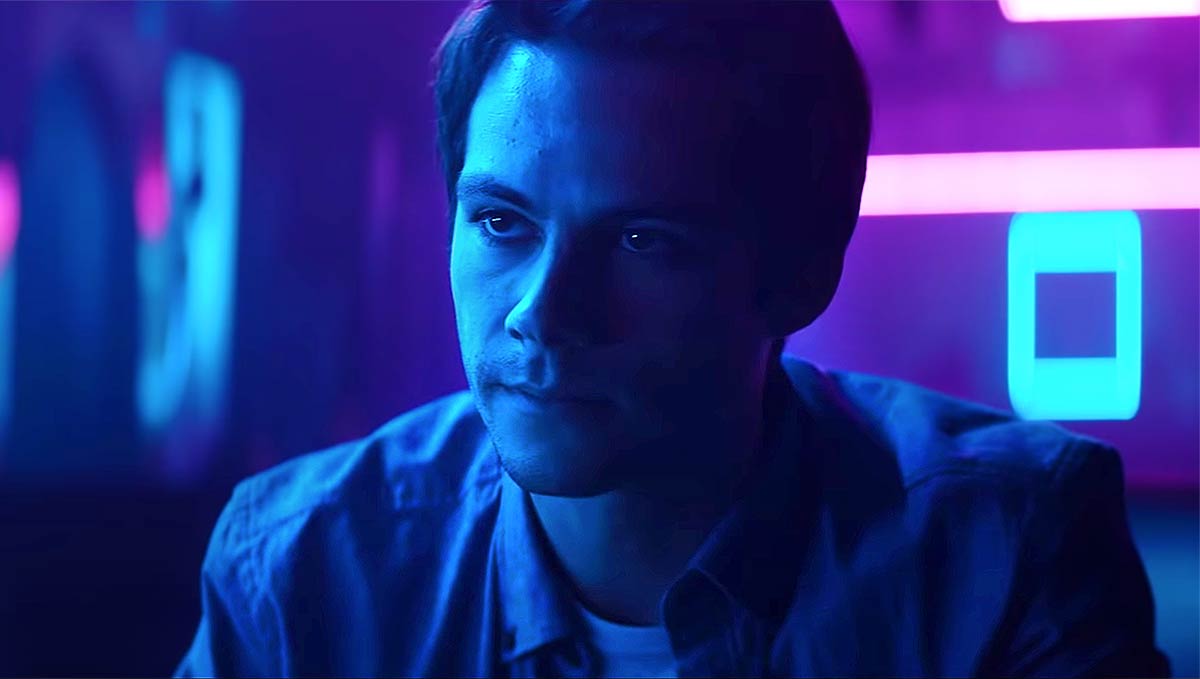 The film Flashback had such an ambiguous ending that it must be explained. This psychological mystery thriller is the second fully featured venture of Director Christopher MacBride. And while the film has its own unique take into drug-induced limbo, hardly anything is explained. While this is the case, Flashback was previously titled The Education of Fredrick Fitzell. This makes one question the planning that went into the film. It was announced back in May 2018, that the film will be starring Dylan O’Brien, Maika Monroe, and Hannah Gross. Additionally, Amanda Brugel, Emory Cohen, and Keir Gilchrist were to join the cast as supporting roles. It was later announced that Flashback will be released in select theatres and video-on-demand services (Amazon Prime Video and Google Play) on 4th June 2021. Moreover, the film’s DVD and Blu-ray release were to take place on 8th June 2021.

This coming-of-age film deals with a dangerous mental odyssey as an unreliable protagonist attempts to discover the disappearance of his old crush. The film also makes use of elements such as those of drugs. This is pretty clear that the film advises viewers to stay off them. Nevertheless, as seen from the film, the supernatural or psychological adventure doesn’t really take place due to the intake of drugs. And instead, something far out of our realm takes place where we witness a form of alternate universes that has us get Flashback film Ending Explained.

What is the Plot of Flashback?

Fredrick Fitzell or Fred is living a seemingly fulfilled life where he has a decent job, a girlfriend Karen, and a hobby. But, this comes to a halt as his mother was going through aphasia, and her condition was only about to worsen. Frustrated by the imminent loss of his mother, Fred drives into a one-way road as he is reprimanded by a policeman. During this, he sees a scar-faced man which causes to triggers his PTSD. The memory that haunts him is about his high school crush Cindy who seemingly vanished before their final exams. Intrigued by her, Fred tries to investigate and hunt her down through the internet, nevertheless, his efforts lead him nowhere. He goes back to his school to investigate where he is reminded of a drug that was making its rounds around the time of Cindy’s disappearance, Mercury. 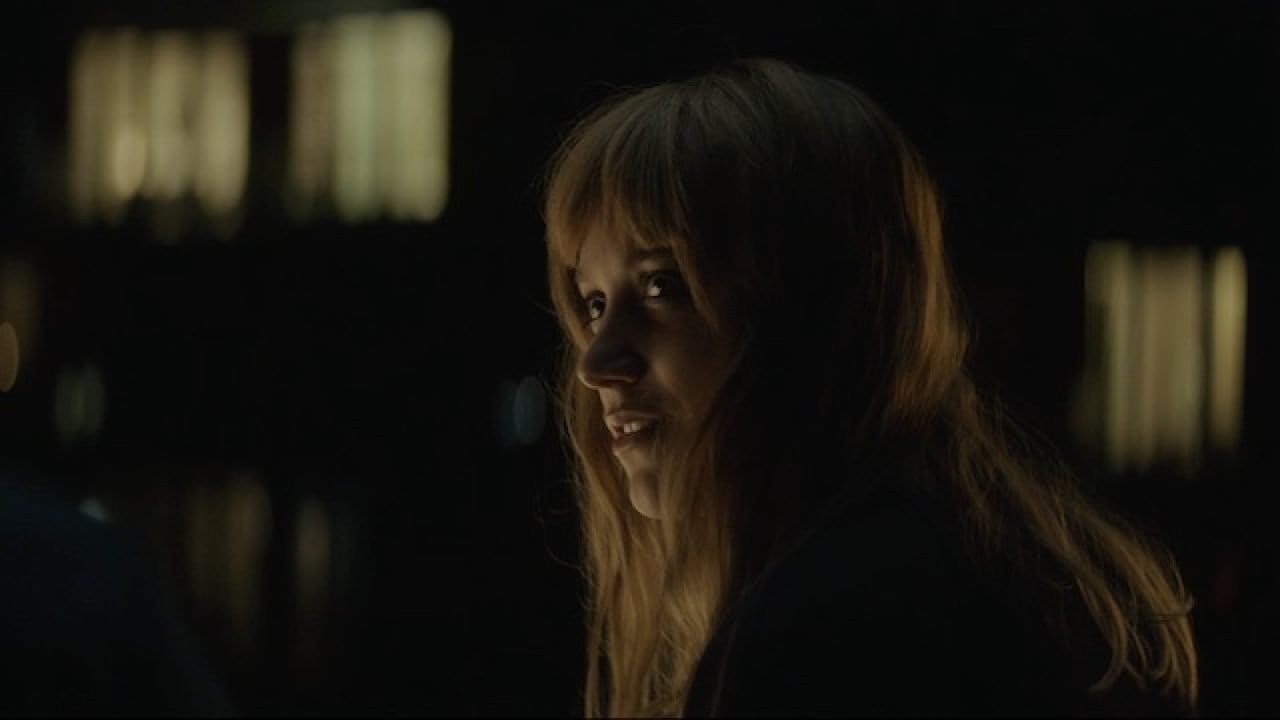 After a series of events where Fred gets back with his two friends from high school, Andre and Sebastian, Fred remembers the first time he had Mercury. Along with this, he has flashbacks of this particular drug dealer kid who Fred later sketches out to look like the scar-faced man. In the present time, when the trio goes into an old broken-down building on Blackbird Street. Here, Fred has a flashback of them as well as Cindy having Mercury. Here, Fred has it separately in the bathroom while Andre has a nosebleed and Sebastian goes into a fit. Gradually, even Fred has a near-death episode but wakes up in the present time with Cindy next to them. We come to know that the boy was in fact the scar-faced man in the alley.

Something more we learn from the kid is about Fred’s life being controlled by an invasive life-form. It was trying to control his actions and decision. Nevertheless, Fred consuming Mercury caused Fred to perceive information in a non-linear chronology. Soon after learning this, Flashback Fred hits the kid on the face with a lamp as the group leaves. The next day, we see parallel events take place between the past and present. Both series of events lead Fred to head to the building on Blackbird Street. Here, he meets Cindy on the rooftop as the two decide to travel everywhere. 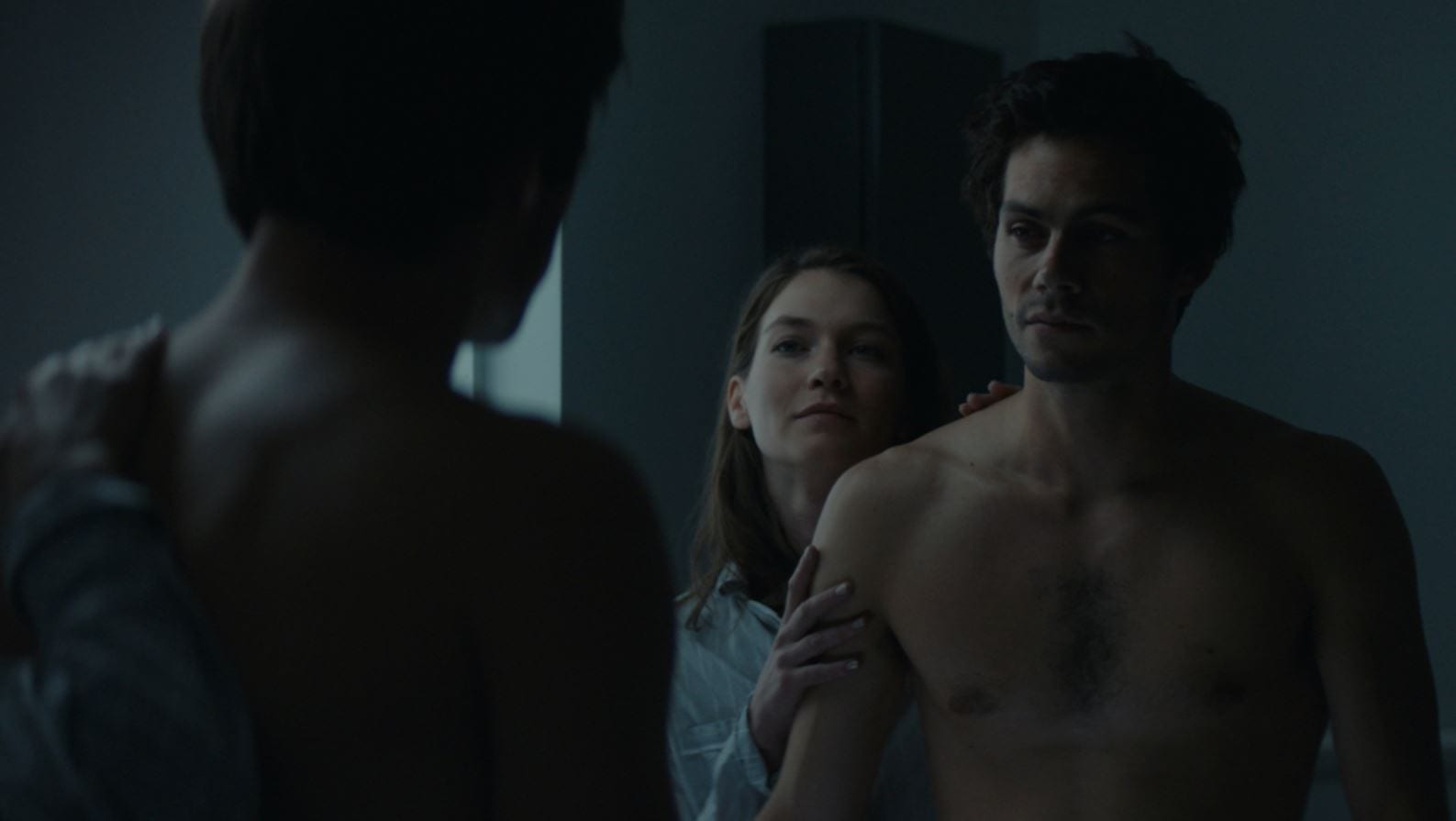 Here, we witness different realities as at present time Fred was with Cindy and becomes an artist. And moments later the two are in a desert exploring it together. Fred is reminded of a picture of a monster he had drawn. It was his mother who shouted at him when he was a baby causing him to fall off a ladder. He meets his mother and is about to leave crying. That’s when his mother regains her memory to call out his name and both reconcile. Elsewhere, Fred tells Cindy how he can’t follow her anymore. Moreover, he finishes his exams to meet Karen, does well in his job, after which Karen becomes pregnant and his mother passes away.

Honestly, a major con of this film is the lack of explanation as to how Fred’s ability to experience Non-Linear Events activates when he is an adult. He isn’t shown taking any Mercury then, thus there being no root cause. Lastly, Fred’s decision to go back to Karen in Flashback Ending instead of Cindy is one tied to his desire to go back to normalcy.

Also Read: Cast Away Ending Explained: Who Does Chuck End Up With?