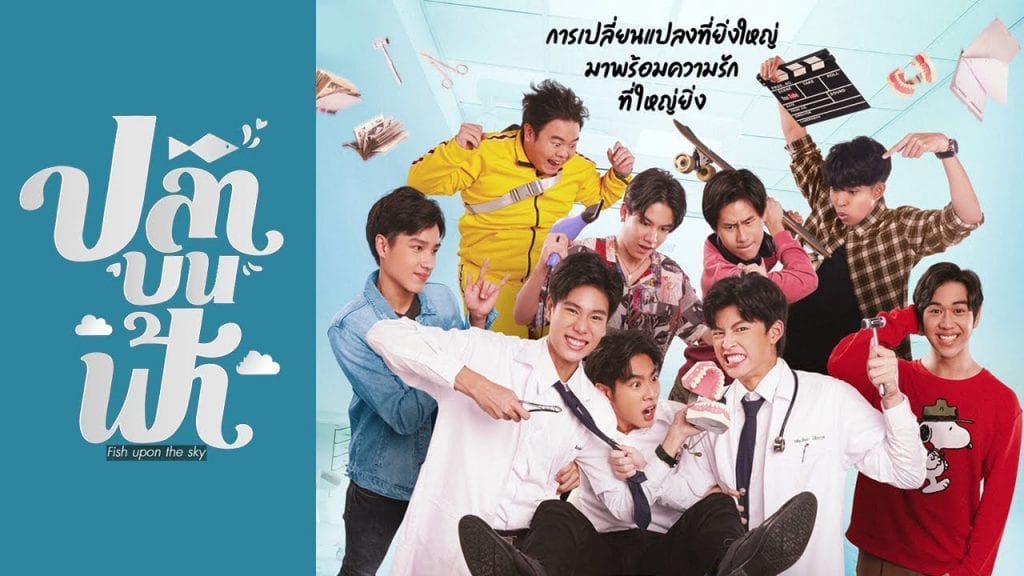 Fish Upon the Sky

Fish upon the Sky is a Thai BL Television series. Starring Naravit Lertratkosum as Pond and Phuwin Tangsakyuen as Pi, Fish Upon the Sky is a fluffy cute Rom-Com directed by Sakon Wong. You may remember the amazing Thai BL series, 2gether: The Series, Still 2gether and 2gether: the movie starring Vachirawit Chivaaree and Metawin Opasiamkajorn. JittiRain, who created the novel from which the series sprang, has also written the novel on which Fish Upon the Sky is based on. The show is produced by GMMTV and is one of the 16 shows that the channel is offering under their programme: GMMTV 20201 – The New Decade Begins. The series started on 16th April 2021. It has been airing solely on Fridays at 20.30 ICT and 22.30 ICT or 1.30 PM GMT and 3.30 PM GMT.

Many Thai drama lovers called it a welcome respite from the repetitive and dull university engineer romances. The title of the series is taken from this line: ❝Have you ever seen anyone catch a fish in the sky or look for a star in the sea. Because it’s impossible, no matter how hard I try.❞ Fish Upon the Sky is refreshing and funny. It doesn’t have a very complex storyline and shares the same “University” Theme as do many other BLs. Let’s know a bit about what the Thai drama is about (for those who stumbled here suddenly), and then we can talk about the story till now, and finally about Episode 9’s release date! 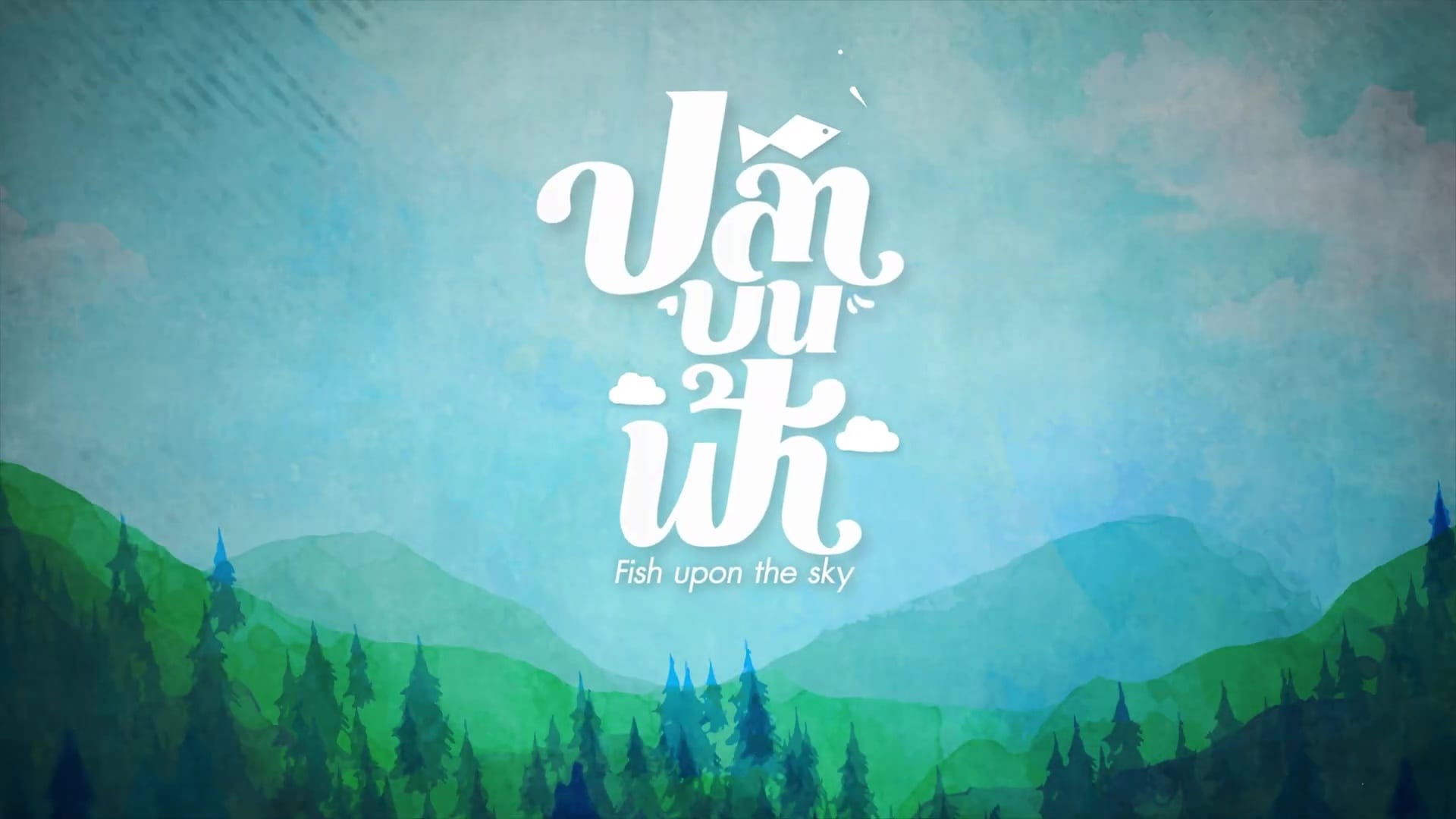 Fish Upon the Sky: Synopsis

Pi is one of the dental students. He has had a crush on one of the most good-looking student in the Allied Health Sciences department, Muang Nan. Although, because he is self-conscious about his looks, and has a pretty low-esteem, he cannot make himself ask him out. For Pi, Nan is like a paradox, a fish in the sky: something which is unreachable and can only exist in imaginations. Also, he looks too geeky, with his braces and nerd-like get up. He gets bullied for his looks many a time. Duean, his brother, gave him a makeover. This made him more confident. He also becomes a better student and a better person, so he can be worthy of Muang Nan.  When Pi finally has the guts to confess, he meets his rival, Mork.

Also Read: What To Expect From Mine Episode 5?

Fish Upon the Sky: Story Till Now (Spoilers)

A Still From Episode 2 (

So, when Pi looked better and felt more confident about himself, he tried constantly to get closer to Muang Nan. But this wasn’t just happening, thanks to Mork. Mork and Nan are best friends and have been so for years. In order to grab Muang Nan’s attention, Pi tries his best to drive Mork away, but he cannot. After Pi’s makeover, everyone started liking him. Before his makeover, Pi had an online anonymous friend, whom he would always text. Pi used to share everything with this online friend: all his insecurities, anger, his day and him. Later, we come to know that this anonymous friend was none other than Mork. Mork was the one who had supported him through all his hardships. He has also dropped several hints regarding this, but Pi wanted Nan so bad that he doesn’t know that it’s Mork. Turns out, Mork has also liked Pi for a very long time – from before his makeover.

Once the group went out for clubbing, and Pi had a plan. He was going to kiss Nan and confess to him that day. Mork had also gone there with them. When Pi took a little too much alcohol for liquid courage, he became too drunk. In his hazy mind, he kissed Mork, thinking him to be Nan. Apparently, some fans of Mork got ahold of this and videoed the whole thing. This video then went viral. Suddenly, fan pages were made. These were made by weird stalkers on Twitter. Pi was not happy about this; he felt unsafe. Pi thus told Mork to stay away from him. 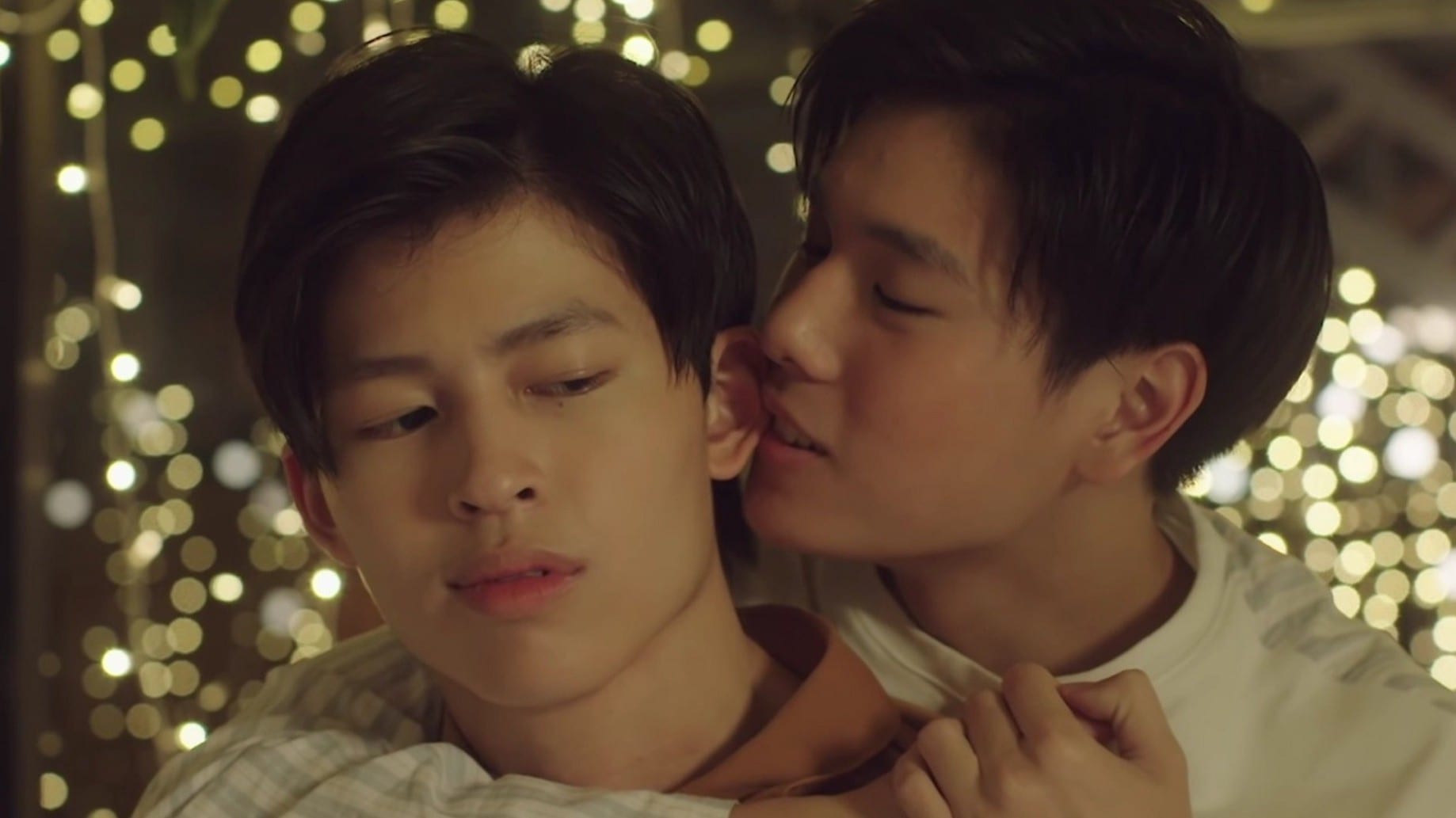 A Still From the Series

After the fiasco at the club, Pi had gone to Nan’s apartment to meet him, with some food because he wasn’t at the university. Thus, Pi thought maybe he was sick. It was here that Pi confessed to Nan. Nan replied that maybe one day he did, but nowadays all Pi does is talk about Mork. Even when Nan and Pi are together, they talked about Mork. He added that maybe because Pi was so afraid of his own feelings that he couldn’t admit it to themselves. Yet, Pi insisted that it was Nan he loved. So, Nan rejected him, telling him he didn’t reciprocate his feelings.

A Still From Episode 8

Mork too, confessed to Pi. But he was confused, he was in a stage of denial after his rejection. This made Mork headstrong, and he promised Pi that he will make him fall in love with him. In the 8th episode, a female character, Jan was introduced too, who was to make Pi jealous. Pi does indeed gets jealous. It is amusing to watch Pi slowly but surely accept his feelings. You can watch the last part of the 8th episode below:

The fans love how Mork has been so patient and supportive towards Pi. And let’s be honest, Pi and Mork are just too adorable together. I personally cannot wait to see how Pi is going to react, seeing Mork getting a little too close to someone else. And when Pi will finally realise that he loves Mork. An enemies-to-lovers, well-executed. Just 3 more days, for the 9th episode, will be released on 4th June on their Youtube channel. 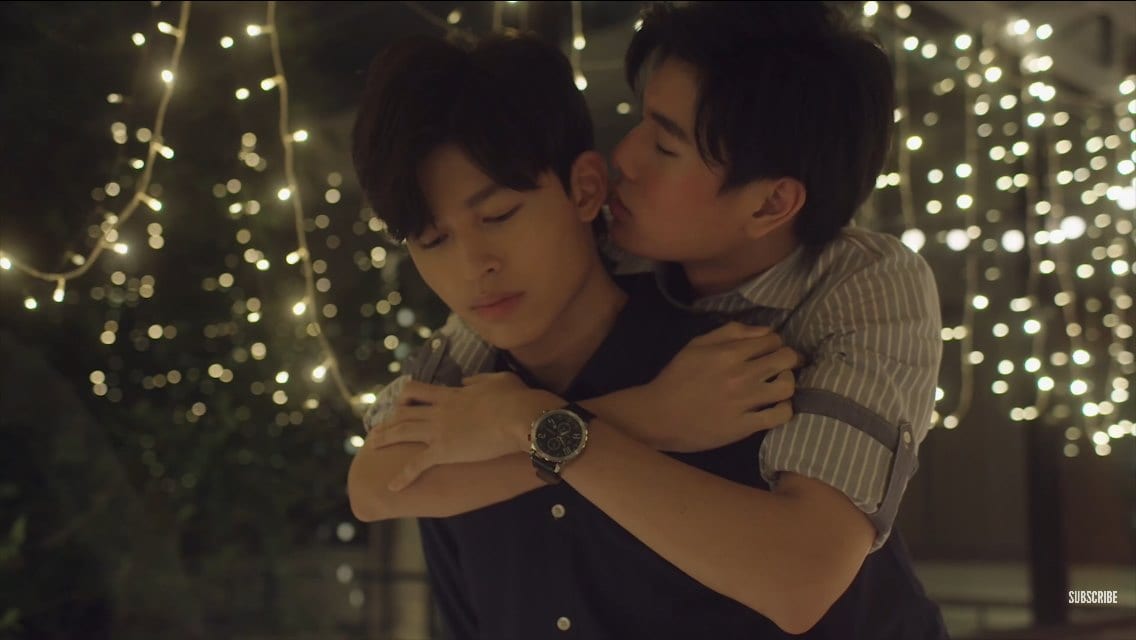