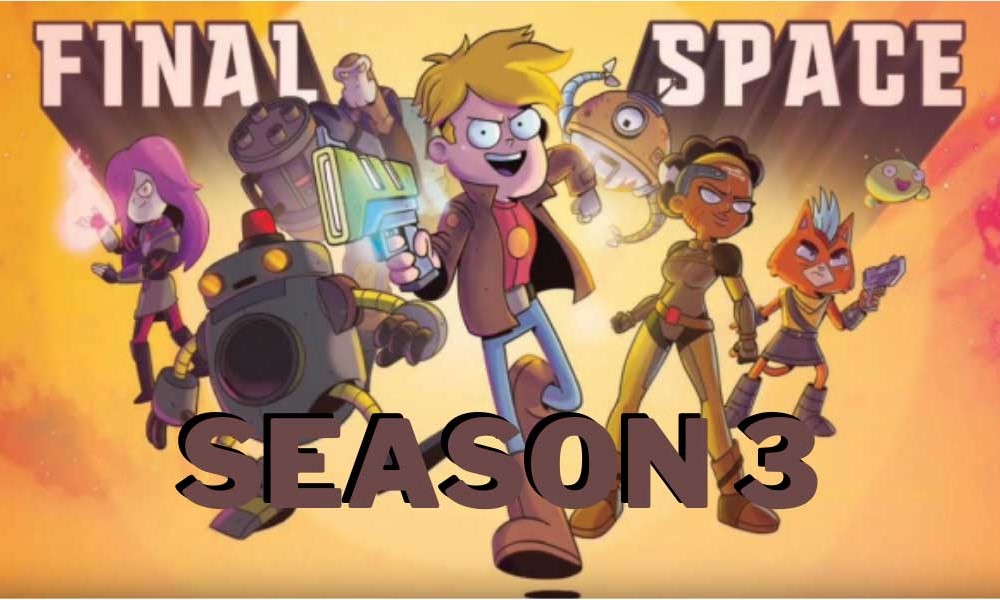 "Final Space" Season 3 is coming out this week and here's all you need to know about it.

“Final Space”, the American animated space opera comedy-drama TV series is returning with its third season and is soon going to premiere its 1st episode. Created by Olan Rogers, the animated space drama made its debut on 26th February 2018. It received mixed reviews from its viewers as well as critics. However, as the story progressed, people slowly started liking the show. In fact, the series has an average rating of 8.3/10 and an average score of 70% on Rotten Tomatoes. Consequently, TBS renewed the show for a second season that premiered on 24th June 2019. Finally, in September 2019, the show was renewed for another season. So, the show is finally here with its third season now. Hence, without any further ado, let us know everything there is that we need to know about its arrival.

I need season 3 of Final Space right now, I only watched season 2 finally last week so I wouldn't have to wait so long for the third season GIMME

“Final Space” is an American animated space opera comedy-drama series. Olan Rogers had created the show for Cartoon Network’s late-night programming channel, Adult Swim and TBS. Even though Olan Rogers has created the show, David Sacks also played a part in developing it. Tobias Conan Trost, Adam Stein, and Rosa Tran are the producers of the series. ShadowMachine, Jam Filled Entertainment, New Form Digital, and Star Cadet are the production companies behind it with Warner Bros. Domestic Television Distribution being the sole distributors. Each episode has a runtime of approximately 21 minutes and only 23 episodes have been released to date. Anyhow, now let us have a look at the voice cast of the series. It consists of some really talented and versatile artists. 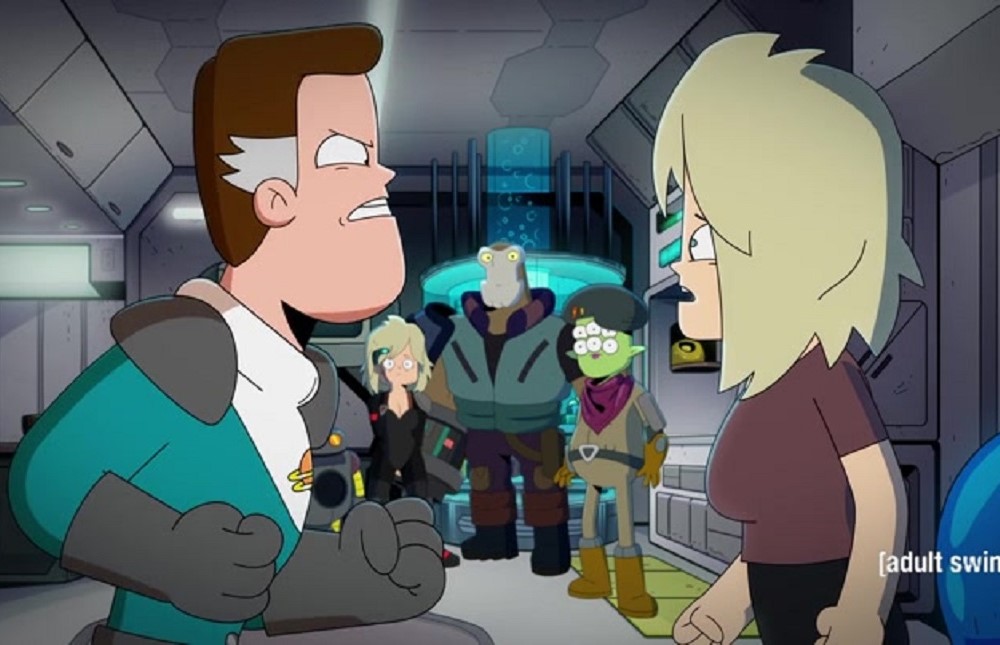 Fred Armisen as KVN, Eduardo, Overlord, Groom, Evil KVNs, Mega KVN, Queen, Key Guardian: Fred Armisen is an American writer, producer, comedian, musician, and actor. He is popular for being a part of shows and movies like “Staten Island Summer”, “The Last Man on Earth”, and “Superstore”. 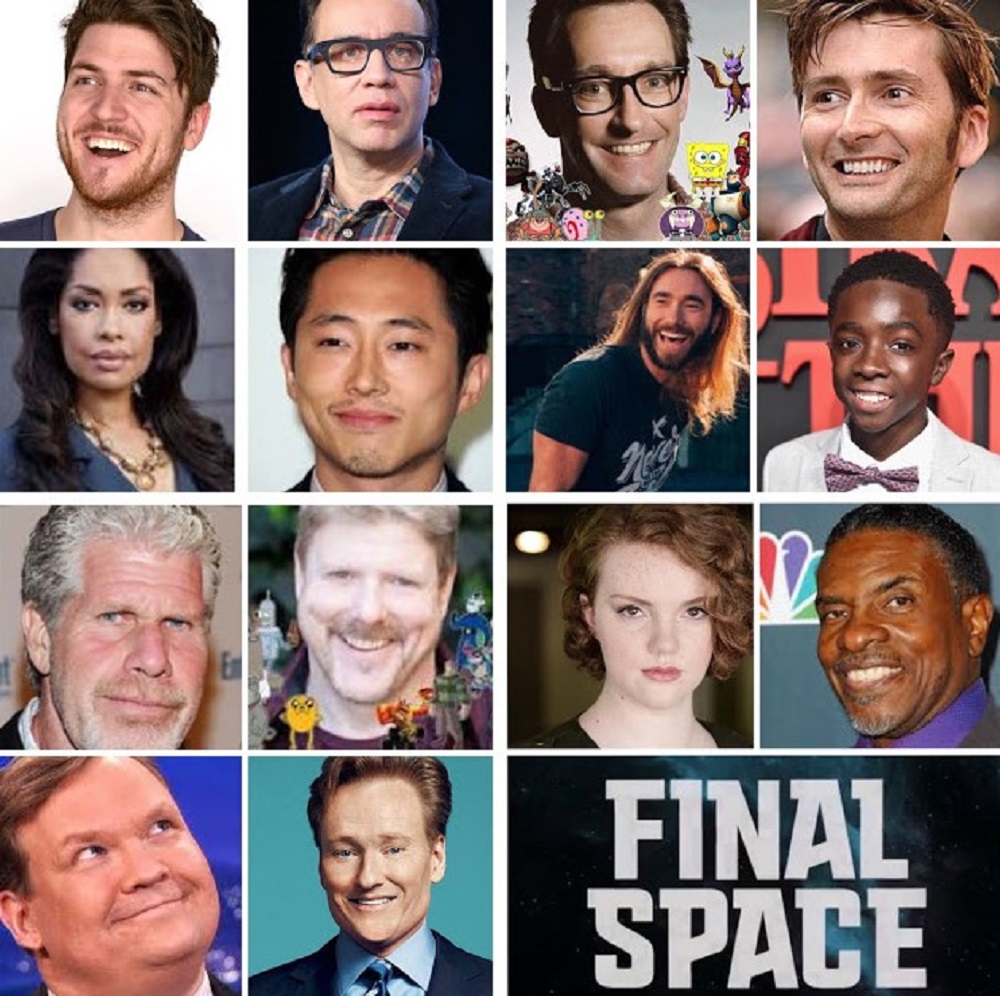 A still of all the members of the voice cast of “Final Space”.

David Tennant as The Lord Commander/Jack: David Tennant is a Scottish actor. Some of his best works include “Fright Night”, “Doctor Who”, and “Star Wars: The Clone Wars”.

Tika Sumpter as Quinn Ergon, Nightfall, Fake Nightfall, Cookie Wife, Harp Graven, Melanie Dewinter: Tika Sumpter is a Korean-American actor. He is popular for doing films and series like “Burning”, “The Walking Dead”, and “My Name Is Jerry”. 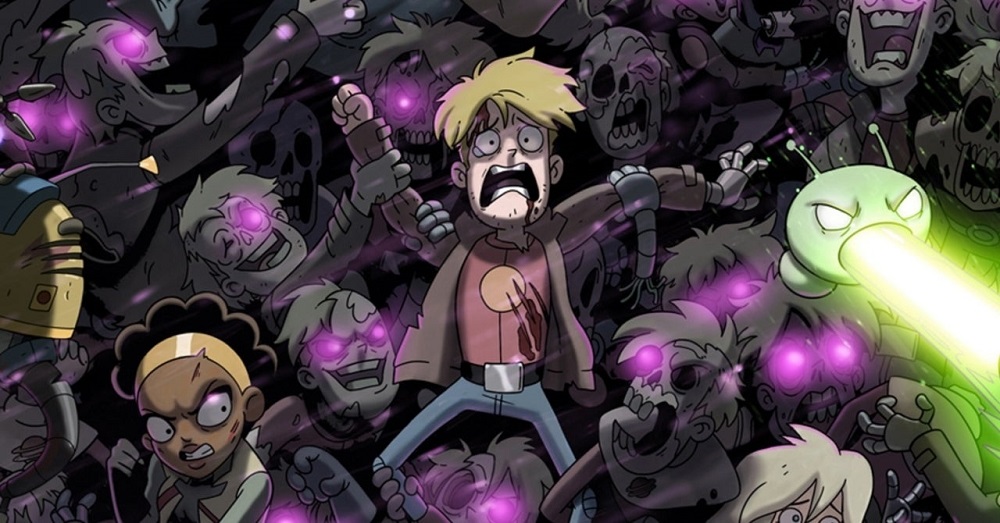 A teaser of “Final Space” Season 3 that the production shared a few days ago.

What to expect from Season 3 of “Final Space”?

“Final Space” Season 2 followed Hue, Fox, Little Cato, Gary, Clarence, Nightfall, KVN, and Ash as all of them travel across the galaxy. They did so to find the dimensional keys to save Quinn, and as a result, the universe. At the end, they were able to recover the dimensional keys. In fact, they even managed to set off to free Bolo. Consequently, you can expect Season 3 to continue the story from Season 2’s finale itself. So, you will definitely get to see the various escapades of Gary and his team as they move further into the depths of space. Adult Swim had released a trailer for Season 3 on their official YouTube channel about a month ago. It has already crossed 279k views and you can watch it below.

“Final Space” Season 3 is going to release on 20 March 2021 i.e. Saturday at 10:30 PM ET. You can tune in to TBS or Adult Swim to watch the latest episode at the time given above. However, in case you miss out on the episode due to some reason, you can stream it later on the official website of TBS or Adult Swim. Moreover, the episode will also be available on HBO Max and Netflix for streaming. So, brace yourselves as Gary returns with his crew to entertain you once again. Until then, let us know in the comments section what do you think will happen in the upcoming season. Also, tell us what is the part that you are most excited about in this season.