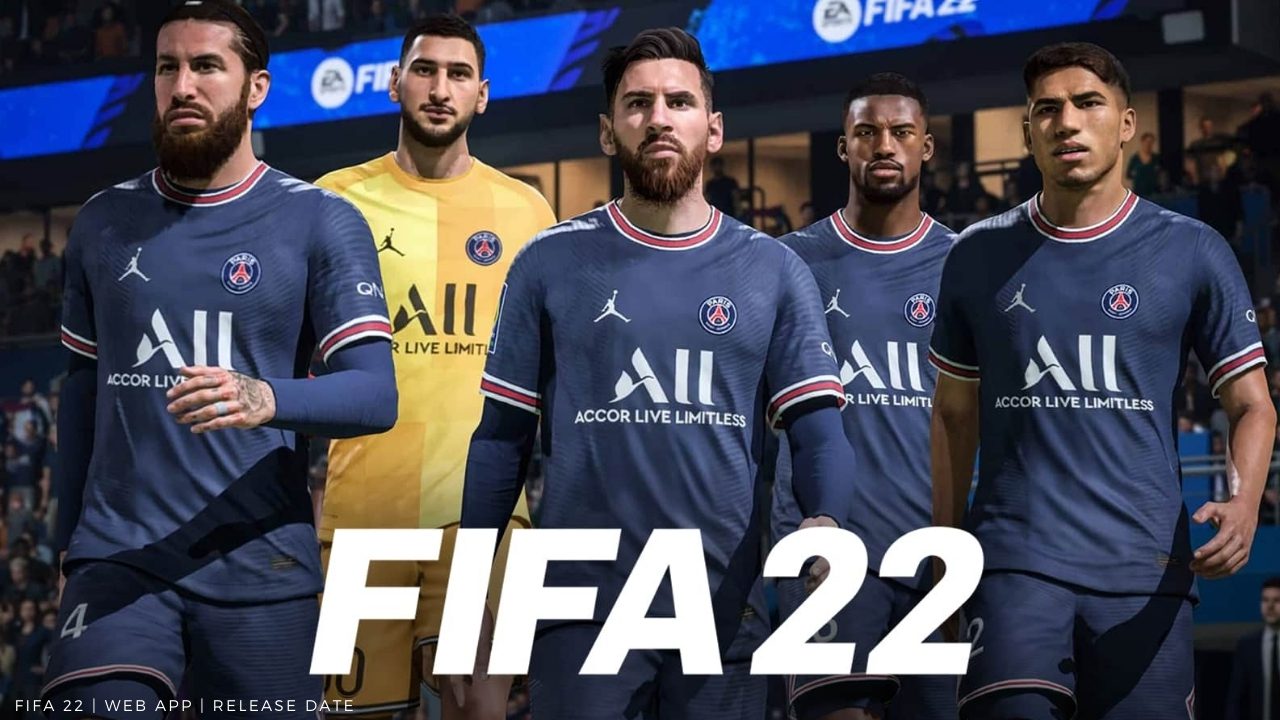 This article focuses on FIFA 22 Web App Release Date. FIFA is a sequence of football video games released annually under the EA Sports label. As of 2021, the video game has sold over 325 million copies and has earned a place in Guinness World Records as the best-selling video game. The franchise showcased its upcoming installment at the EA Play Live Event on July 22, 2021. Since then, gamers worldwide are desperately waiting to try their hands on the iconic football video game on their PCs or consoles. However, the Beta version has already been out on August 22, 2021, until September 2, 2021, at 7 pm.

The franchise has been releasing an updated version of the popular video game every year with updated features. Once again, in FIFA 22, the French professional footballer Kylian Mbappé is the cover star. He has already appeared on the packaging for FIFA 21 and now FIFA 22. The famous PSG player said, “appearing on the FIFA covers back to back is amazing.” In addition, he revealed his curiosity to try his hands on the famous video game.

FIFA 21 was launched on October 9, 2020, which was to be released in September 2020, but it got delayed due to the global pandemic. However, this year there are no delays, and it will be released on time. Today, we will cover the releasing date of the FIFA 22 web app.

The video game has come up with a few updated confirmed features, which you will see in the below gameplay.

Hypermotion is the first confirmed feature for FIFA 22. Earlier, the video game was used to capture the motion of the individual player. But, in the upcoming installment, the game will be capturing the simultaneous movement of all the 22 football players at high intensity.

The FIFA 22 gameplay has been made even more realistic using the machine learning algorithm, which translates 8.7 million frames of player movement to create more responsive animation. The game will give you a more organic feel with its improved animation. Also, tactical Artificial Intelligence makes the players look more natural and smart on the pitch.

HyperMotion is exclusively available on the PS5, Xbox Series X/S, and Stadia.

A confirmed feature of the video game is that the Goalkeeper system has been rebuilt from scratch with more animations and expectantly more durability.

You can now set different attacking strategies depending on which side of the pitch the ball is in. The attackers are now quicker to react and smarter with their runs.

You will have the control to create your own football club and direct it to glory.

You can pick out the league you want to play in. Also, You can pick a name and a nickname that will be used in commentary. And, even you will have the ownership to select your rival team.

You will be able to customize your home stadium, the color of the stadium, walkout anthems, crowd chants, along with the goal songs.

You can also populate your club by adding players to it. You will have control over your team’s average rating and average age.

When that’s done, you can also control the team’s budget to play with.

Finally, board expectations will be needed for creating a new club which will depend on your team’s rating and the league you are playing in.

When Is The FIFA 22 Web App Releasing?

EA confirmed that FIFA 22 would be released globally on October 1, 2021. However, early access to the game would be available from September 24, 2021. So, we can expect the web companion app to release before the early access.

How Does The FUT Web App Work?

You should use the Web App from the beginning to enjoy the FIFA 22 Ultimate Team appropriately. By using this app, you will be drawing the players who will bring you the coins.

You can buy the players at a low price and sell them for more money. This will let you increase your bank balance. Apart from this, earning money while building a new beginner team will be a lot of fun. Isn’t it?