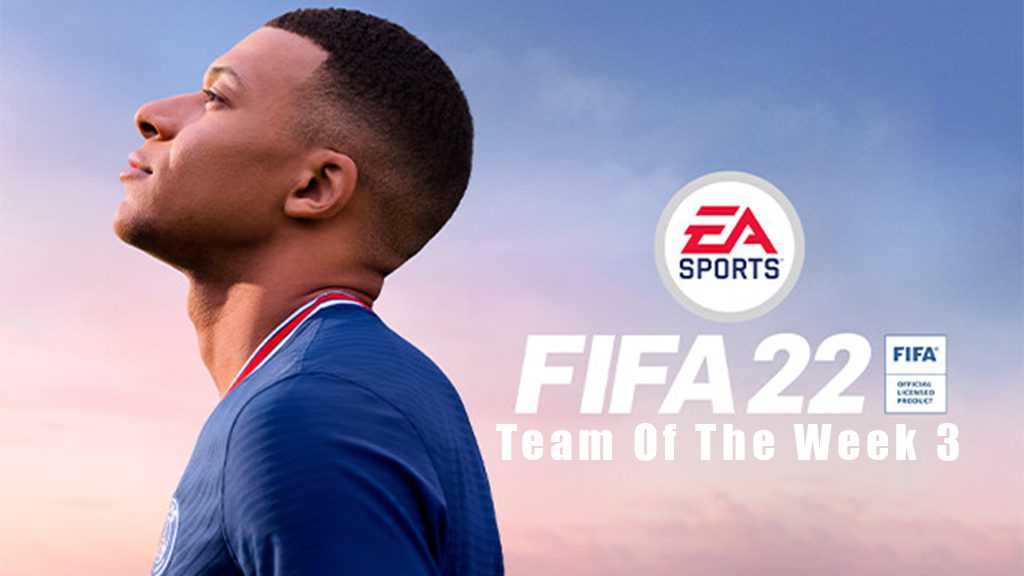 Who are the FIFA 22 TOTW 3 players? How can we get TOTW players? The TOTW 3 is out, and everyone wants to know more about it. FIFA 22 is the latest installment in Electronic Arts’ most successful video game series. The soccer game came out on October 1, 2021. FIFA 22 has been globally out for like three weeks, and already the game has a huge fanbase. The sales of the game just keep growing and are expected to rise more. This game is the successor to FIFA 21, which was released last year. In FIFA 22, many player faces are updated, and even the game physics are more realistic than previous installments.

In this soccer game, you can play using your favorite football team and play against other clubs. Further, you can also create your own character and grow him into a magnificent player. Also, you can take on the role of a club’s manager and decide for the club’s future. Further, in this installment, you can not only manage an established club, but you can build your own club and raise your club from rags to riches. There is also VOLTA football mode, and it even has a story mode. Apart from offline mode, FIFA also has an online mode called Ultimate Team, where you build the best team and take on players from around the globe. Therefore, today we will talk about the FIFA 22 TOTW 3 in the Ultimate Team mode.

In FIFA 22, there is an online mode called Ultimate Team, where you have to manage and build your own team. To build the team, you need to collect player cards. There are usually three prime categories of cards: gold, silver, and bronze. Gold Card players are usually players with ratings above 75, whereas players between the range of 65 to 75 are silver and below that are bronze. But the game also features some special variants of these player cards, which might feature some players but with boosted stats. One of those variant cards is the TOTW card. 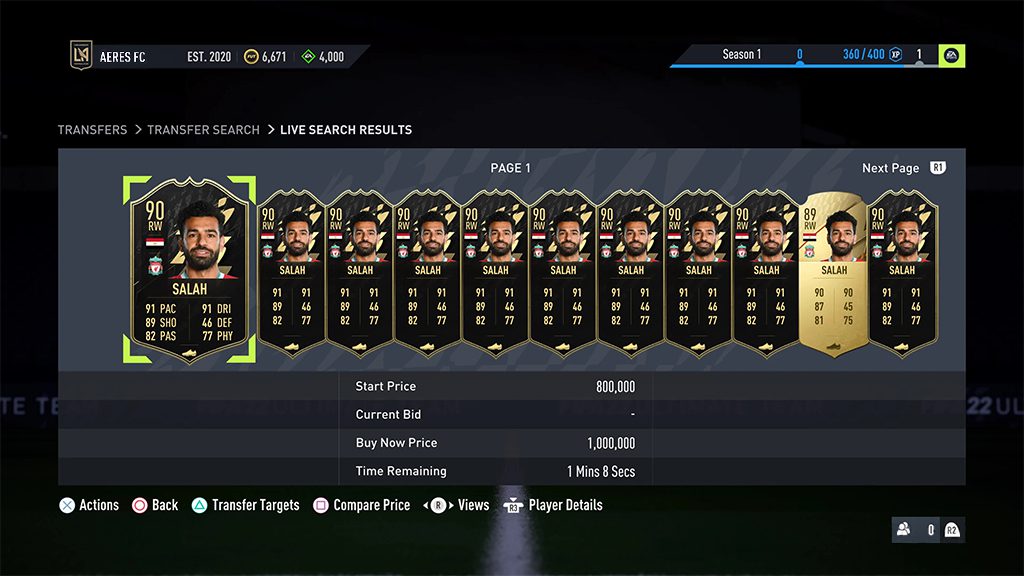 Each week, FIFA releases a new set of TOTW cards, and these cards feature those players whose performance was magnificent last week in real life. In these cards, the players get a boosted stat than their original card. Players can either complete the Ultimate Team challenges or buy packs from the store to get their hands on these cards. However, the chance of getting a TOTW 3 card is very low in the packs. But getting a TOTW card from a pack might need a lot of luck. Thus, you can buy these cards from the transfer market, where other players might sell their TOTW 3 cards. But getting a Team of the Week card from the transfer market might cost a lot of FIFA coins.

The Team of the Weak 3 is out on October 6, 2021. Each week, FIFA releases a new pack of Team of The Week, featuring eleven starting players and twelve players in substitute. Most of the players on the list change every week. But there are some players who appear more than once on TOTW in a year. This pack includes players from all the leagues and different positions. Now, let’s look at who made it in the FIFA 22 TOTW 3 and their rantings. 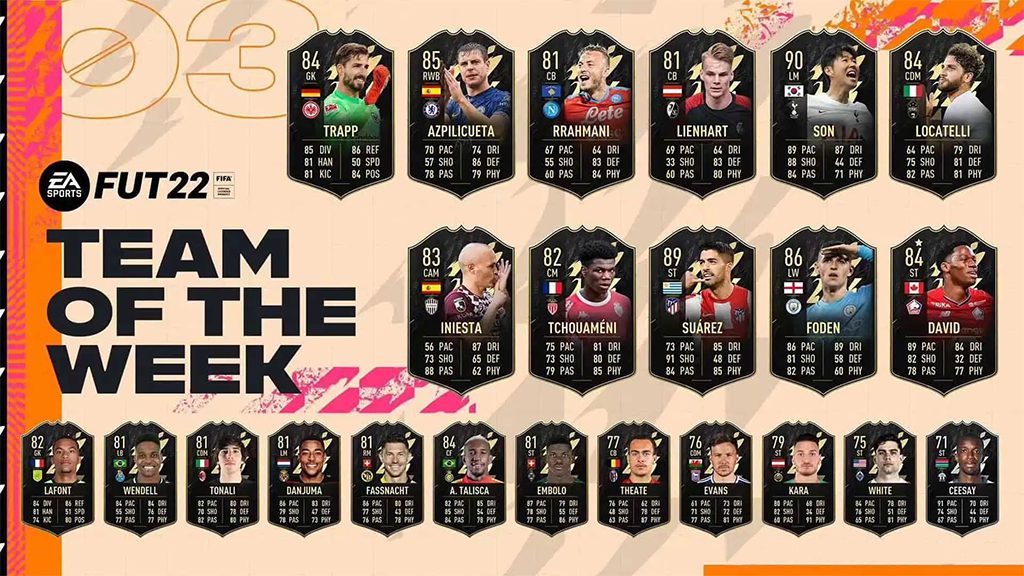 The Reserves and Substitutes

All these players featuring on this list have outperformed their potential. They showcased some phenomenal football in their respective national leagues. Further, their performance is not only limited to their respective leagues, but they played well in grand tournaments like UEFA Champions League, UEFA Europa League snd Copa Libertadores. 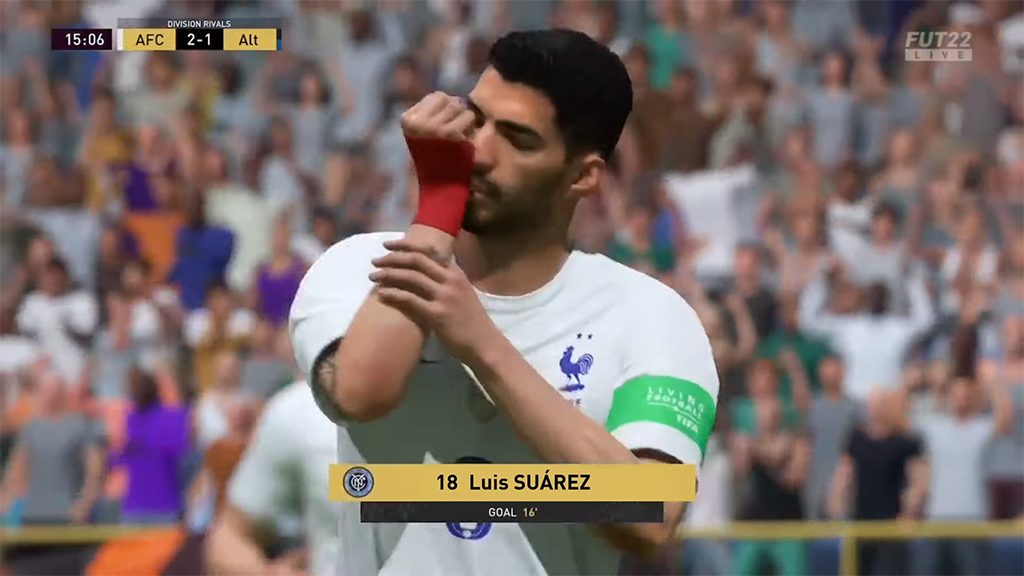 We will get a new set of TOTW packs featuring new players, but some from this list might again appear next week. However, these cards are rare, so if you want to be a collector or you are interested in these cards, you got only one week before these cards get unavailable. Some cards from TOTW 3 might appear later this year, but because of the rarity, they might cost a lot of your FIFA coins.