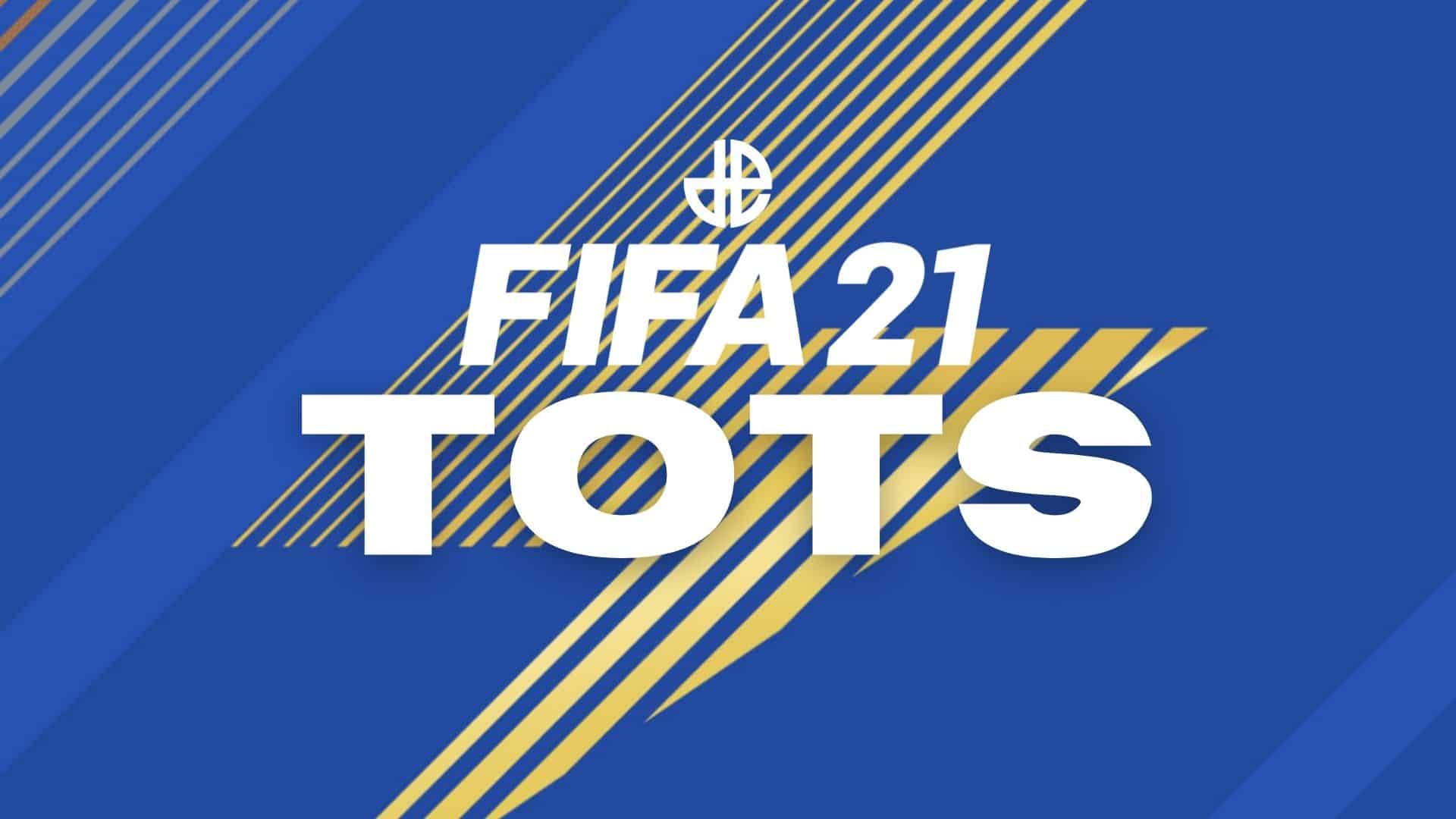 It’s that time of the year again for all the football fans. It’s time for FIFA’s Team of the Season. FIFA is a football game which is probably the most popular football game out there. (PES fans would disagree). FIFA is available across all the gaming platforms like Playstation, Xbox, Android, iOS, and Windows. The version of games is different on mobile devices and the rest of the devices. There is no career mode in mobile, but they have developed something like a campaign mode to cover up for that. It doesn’t cover-up, though, because every FIFA player knows there is a huge difference between both of them.

We aren’t here to discuss the differences between FIFA on mobile and the rest of the platforms. We are here to look at all the leaks and news related to the upcoming FIFA 21 Team of the Season.

Well, EA is known to stick to its plans which they have been executing for years in FIFA. Every year there is a dedicated team of the season for all the major leagues across the world and an ultimate team of the season, which consists of the best XI of this season. This is the list of TOTS leagues that is expected to come this season.

Order of Events and Fan Voting

Last year, we saw that EA allowed fans to vote for the players that they would like to see in the TOTS and put them in the community TOTS. So the community TOTS is a team that is created by fans all over the world. You could do the voting through FUTWiz and FUThead apps. 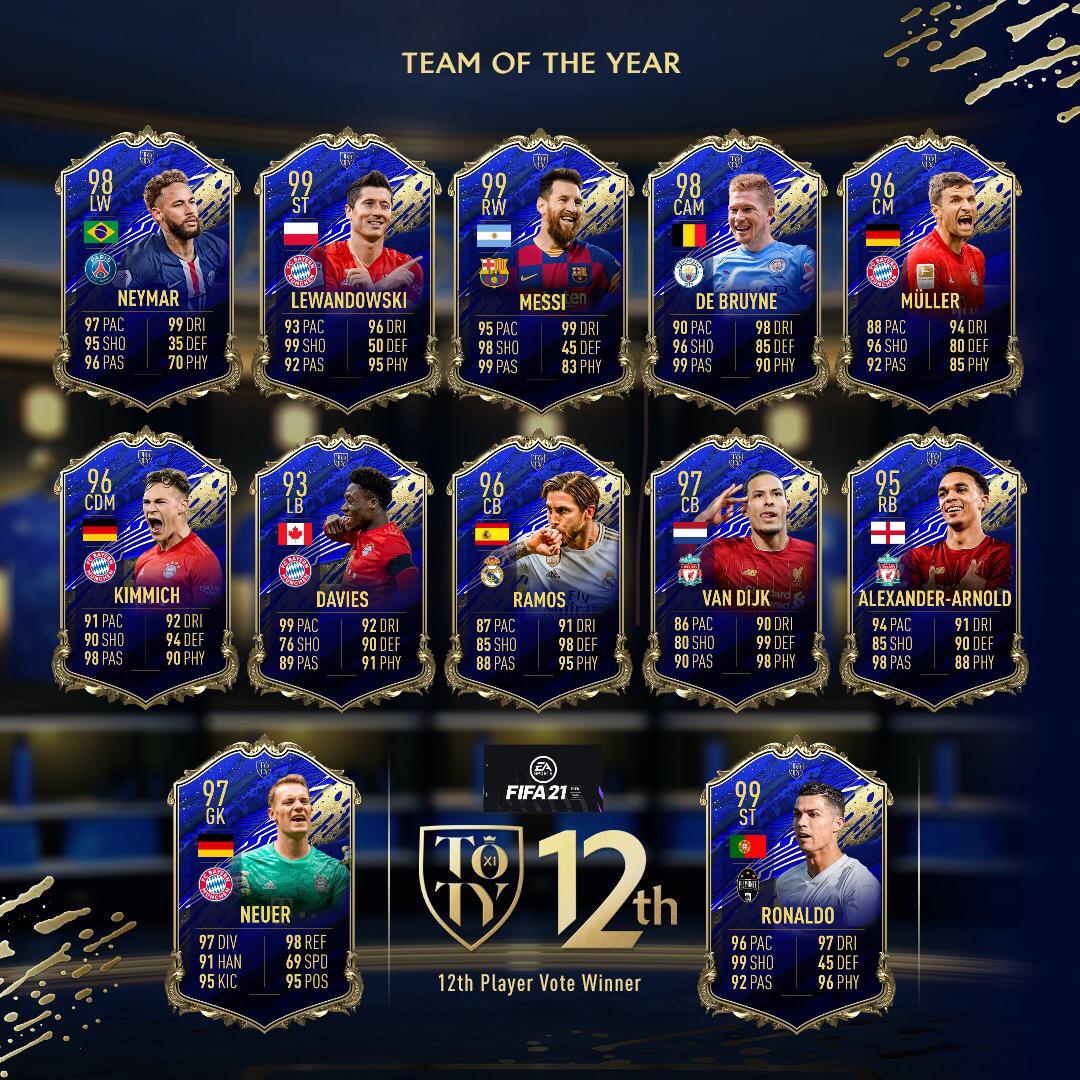 This year, it is expected that EA may create a new page on their own FIFA website to intake the votes for the Community Team of the Season. Every team mentioned above in the list consists of a squad of 23 players.

Being an experienced FIFA player and an amid football follower myself for years, I think these are the players who will make it into the playing XI of this year’s FIFA Ultimate Team of the Season.

There hasn’t been an outright performer for that right-wing role this season. Every year that spot is taken by Messi without any doubt, but this season he is facing some good competition, especially by Neymar. If PSG goes on to win the UCL, then Neymar could be a strong favorite for that position.

KDB and Kroos both have played a decisive role this season in their team’s success, and any of those two can take the third midfield spot. 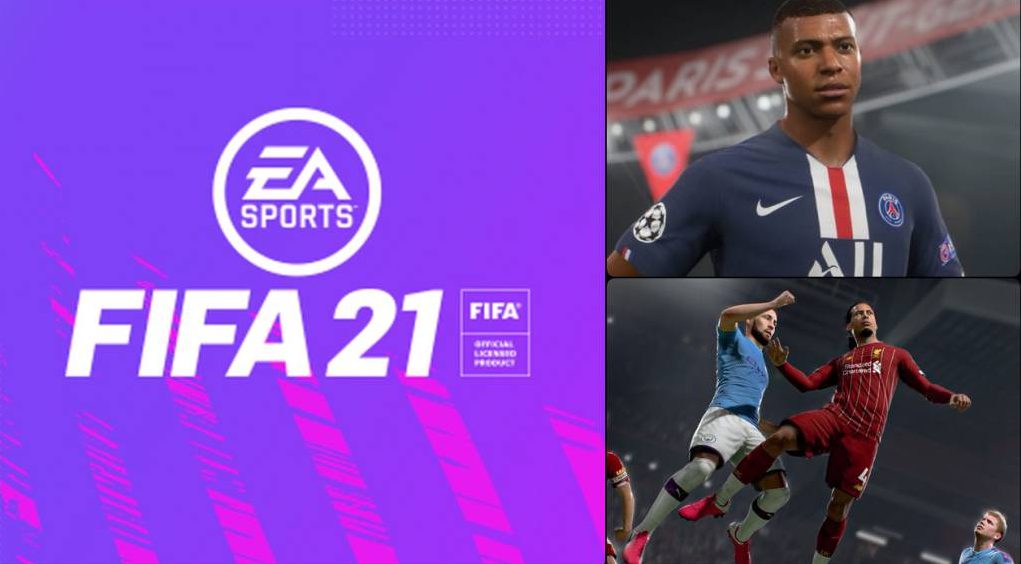 Last year, the FIFA 20 ‘Team of the Season So Far’ release around June-July as all the activities related to football were shut down between March and June everywhere. So a good amount of season was left to complete, and therefore there was a delay in the Team of the Season.

Things won’t be the same this season as everything is going on smoothly, and we are closing in at the end of the season in real-world football. The season will get over officially when the UCL finals are done. Talking about the release date, we don’t have an official date yet, but a prominent leaker has given FIFA 21 Team of The Season a release date of 23rd April. A Twitter account by the name FUTInvestLeaks has been making pretty leaks for FIFA this year. He gave an almost perfect leak of the FUT Birthday event, which happened recently.

So this was everything we had for you regarding the upcoming FIFA Team of the Season. Don’t forget to vote if you want to see your favorite player in this year’s community TOTS. Votings may open soon on EA’s website or any other prominent FIFA website.