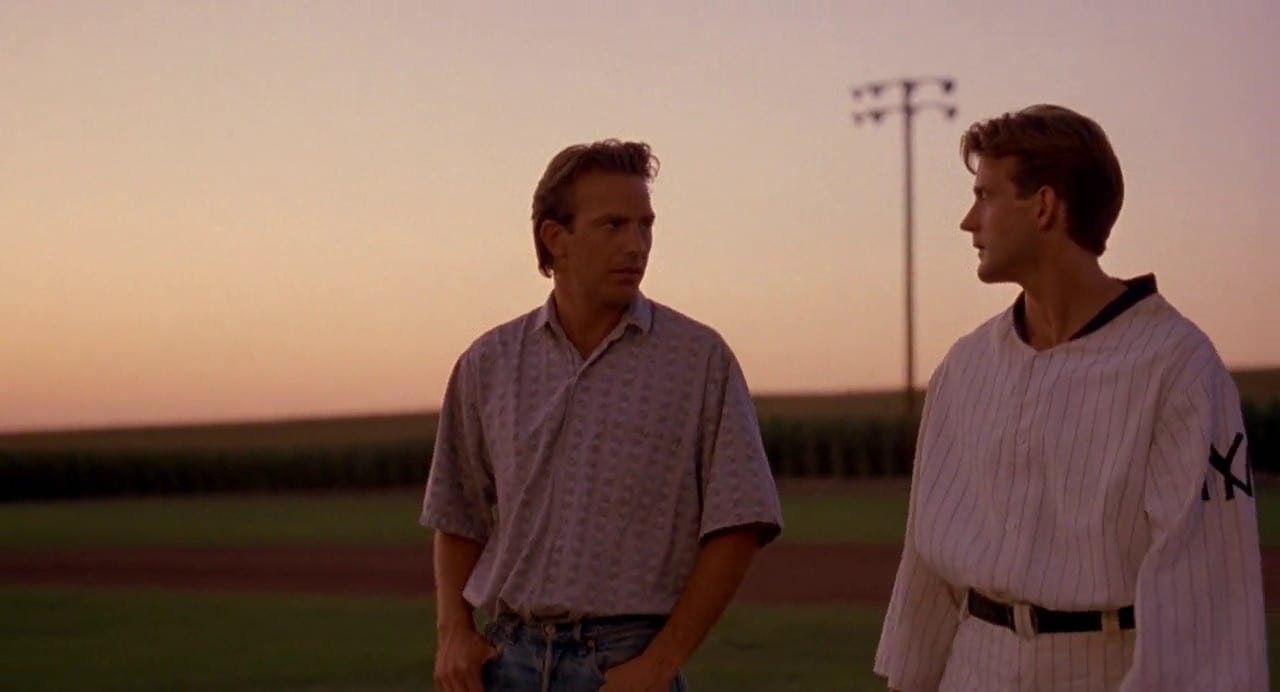 Love and a little bit of belief can make many things come true. That’s what Field Of Dreams addresses with America’s dream game of baseball. A movie full of heart, especially if you are a huge baseball fan. But despite its focus on baseball, the story may resonate with every individual out there who believes in something and has witnessed it come true in one form or another. Well, that’s a lot to digest, we guess for the movie that goes from visions to things coming true. So here is our take on getting Field Of Dreams and its ending explained right.

Phil Alden Robinson directed Field Of Dreams adapting W. P. Kinsella’s 1982 novel Shoeless Joe. The movie stars Kevin Costner, Amy Madigan, James Earl Jones, Ray Liotta, and Burt Lancaster in the lead roles. The movie was later nominated for three Academy Awards. Field Of Dreams follows the story of a man carrying the guilt of not reconciling with his father who was an adamant baseball fan and forced his dream upon his kid. This led to downfall, but a second chance came flourishing in the form of legendary players guiding the man themselves.

Field Of Dreams tells the story of 36-year-old Ray Kinsella living with his wife Annie and daughter, Karin. Living at an Iowa Corn Farm. The family is already worrying about the financial hardship, which may soon lead them to sell the farm. Amidst this, Ray Kinsella also struggles with his troubled relationship with his father John Kinsella. Ray’s father was a devoted baseball fan, and if not him. He wanted his son to achieve that for him. This had led to past clashes, and today Ray fears he may not be able to achieve his dream as he is getting older.

Everything changes when Ray walks into the cornfield and it whispers something to him. He hears that if he builds it, he will come. Soon a baseball field and a diamond cup appear along with a vision of Shoeless Joe Jackson. One of John as in Ray’s father’s favorite baseball players. Believing it could help him achieve his father’s dream, Ray is encouraged to follow it. He lets Annie knows about the plans, and despite the financial problems they are having, Annie believes too. So she lets Ray plow the field and build a baseball field around it.

While the whole family believes in Ray and they too start sharing similar dreams, the same is not the case with Mark, Annie’s brother. He believes those visions don’t make sense as he cant see Shoeless Joe. He lets Ray know about their financial conditions and offers to buy the land. But whatever Mark says, Ray hopes to follow the same dream and join the ones who see the gist.

Following  And Sharing The Visions

Ray’s belief in Shoeless Joe’s visions is shared similarly by Annie. Although she doesn’t see it in the first place but believing her husband leads her to. This comes in a full circle during a PTA meeting. Annie argues about the banning of books by a man named Terrence Mann. A voice directs Ray to follow this man. Mann wrote in one of his books about a character named John Kinsella with a dream of playing for the Brooklyn Dodgers. Another dream and belief.

The same night because of believing in the baseball field, Ray and Annie have the same dream of meeting Mann in a game. So following that, Ray heads out to meet Mann in Boston on a game. During the game, Terrence Mann initially doubts coming and says he may come for one game to play. That’s until another voice says Ray to go to the distance, and he sees the scoreboard for a player named “Moonlight” Graham who once in 1922 had a chance to play with New York Giants. But he never got to bat. The thing was Ray, and Terrence Mann agreed that they saw the same vision.

These visions led Ray and Mann to Minnesota to look for Graham. But unfortunately, he had died after a career as a physician. The next vision transports Ray in 1972, where he meets Graham who tells that he happily lived his life after turning into a physician despite never getting a chance at baseball. The same dream comes to closure again when a hitchhiker named Archie Graham asks for a lift from Ray. Furthermore, he is looking for a baseball field to play in which sums up Graham in disguise towards the ending of Field Of Dreams.

Ray’s Past With His Father

After recruiting Archie Graham and returning home. Ray talks to Mann about his troubled relationship with his father. He agrees that his father was a huge baseball fan and wanted to opt for the career. But when he couldn’t, he forced it on to him. Something that didn’t fit right with the young Ray. At the age of 14, Ray read Terrence Mann’s book covering the story of the Black Box scandal.

The Black Box scandal was a major baseball game-fixing scandal in 1919, which saw the team Chicago White Sox accused of overthrowing the 1919 World Series against the Cincinnati Reds. All for money. These led to the banning of eight players, including Shoeless Joe Jackson. After frustrated with his father and reading the book, Ray stopped playing with his father and called his favorite player a criminal. Now his only regret is never reconciling with him. Next, we see is them approaching the field with many classic players making an appearance.

Towards the ending of Field Of Dreams, sharing the dreams brings everyone together. Ray, Mann, Annie, and Karin. They all believe everyone will come here to relieve their dreams. They see the classic players taking the charge. Graham takes the bat to fulfill the old Graham’s dream. Amidst this, Mark arrives and is frustrated that Ray carried on this dream leading to a scuffle. This saw Annie falling, but Graham saves her. He turns back to the old Graham we saw initially, and everyone applauds him. He tells Ray he has not regretted it and disappears into corn.

Shoeless Joe Jackson invites Mann into the field with him, which disappoints Ray at first for not letting him come. But Joe points at another player across the field and utters again that if you build it, he will come. The player unmasks himself. He is none other than Ray’s father. He introduces him to his family and addresses him Dad asking him to play catch again. The movie closes in with many cars approaching the field to relieve their dream of playing baseball again. Mark later starts seeing the same visions when he reconciles with the family and lets the family have the field.

Why Mark Can’t See The Same Visions In The First Place?

Field Of Dreams as a movie mostly carries itself around the idea of belief. As long as you believe in our dream, they tend to come to true in one form or another. The same way Ray’s Father John’s beliefs are transitioned into Ray’s, who now makes to fulfill them despite their troubled relationship. Thanks to his father’s belief. Annie also starts seeing the same visions when she allows Ray to plow the field to build a baseball field. This later leads them to share a similar dream about meeting Terrence Mann.

Similarly, when Ray meets Terrence Mann, even they share the belief which leads them to Graham. If we look at Mark that way, he first hand didn’t believe these dreams, beliefs, or whatever Ray calls them. He wants to be real and look at the complications family is having. But it’s the belief that sometimes could lead you to greater believes in accomplishing. Thus his disbelief is the reason he can’t share the same visions as Ray, Annie, and Terrence in the first place. But towards the end, after looking at his sister, the belief turns real, and he sees them too. That’s all for Field Of Dreams and its ending.

Also Read: Black Widow Ending Explained: What Is Valentina Up To?

Preview: My Next Life as a Villainess all Roads Lead to Doom X Episode 3

Preview: The Duke of Death and His Maid Episode 3