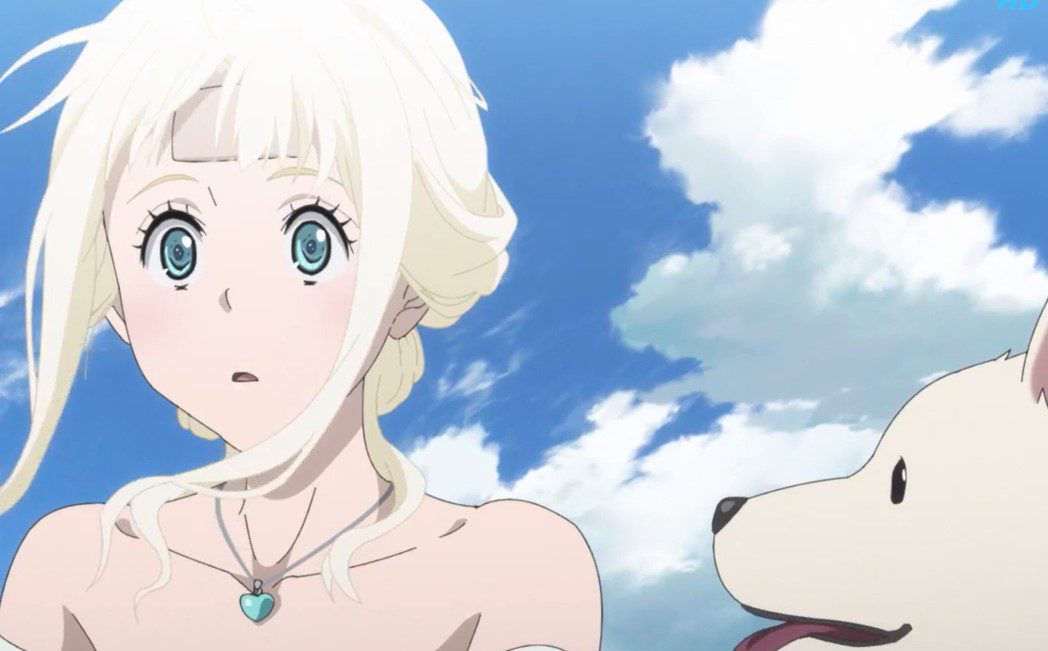 Fena: Pirate Princess has made its debut on Sunday with the release of two episodes. Let’s look at the upcoming update of Fena: Pirate Princess Episode 3. Fena wakes up in the boat and finds two geezers rowing the boat. The geezers are glad that Fena has w0ke up. Fena wonders what has happened to her, and one of the geezers reveals that she has been nearly asleep half a day. The chubby geezer told her to rest since they have managed to escape the island. Fena wonders what has happened to the island and realizes that they have escaped.

The chubby geezer told her that the tides and the wind were on their side, and she is safe now. Fena notices that the two geezers are worried and told them that it is okay. The two geezers are Otto and Salman. Otto and Salman are glad that Fena is happy since she has regained consciousness. Fena asks the two why the dog Brule is here. Salman replies that the dog refuses to leave Fena’s side. Fena embraces Brule and realizes that Brule cares for her. Otto notices a headband and asks Fena where she got it, and Fena replies that a helmet swordsman who saved her gave it to her.

Otto realizes that he got saved by the other two who were wearing helmets. Fena comments that the guy also bonked her head and asks Otto if he knows the guy. Otto wanted to say something and notice that heavy rain is coming and rowing a small boat. But they are surprised to see an island nearby, and Salman wonders where the island comes from? Salman reveals that it is Goblin Island. Five warriors spot the trion, and one of the comments is that they made it here.

Seven warriors dressed in scary costumes are impressed that the two geezers made it here. They both vanish and comments that their mission is complete. Fena, Otto, Salman enters a cave, and Salman wonders if they should enter here. Otto replies that it is the only way in, and they will get to the other side. They both arrived at the destination and saw crystal. Fena wonders what this place is, and Otto comments that his old comrade-in-arms lives here. 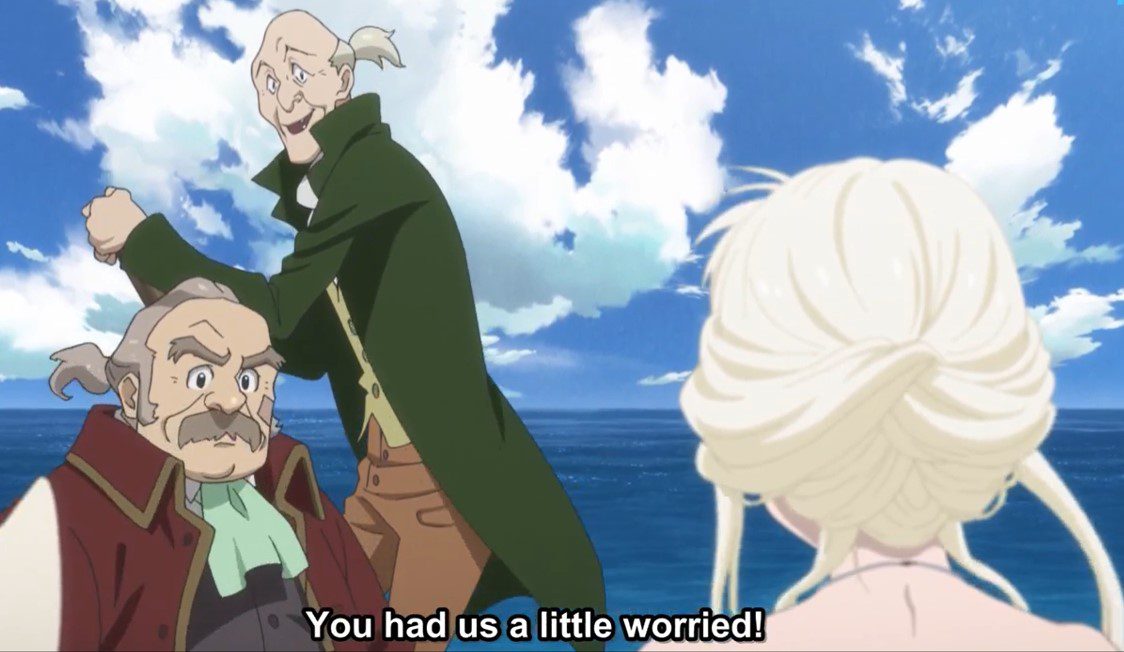 Fena asks who that is, and Otto said the guy saved his life during the Spanish War. Salman adds that the guy was a fearsome swordsman. After a long journey, they arrived at the town and pas the settle full of nature. The trio arrived at his house, and Fena smelled an aroma she is not familiar with. The guy arrived and said the Westerners are not familiar with this aroma. Otto addressed the guy as a priest and said they had brought her as promised. The priest reveals that his name is Yukihisa Sanada, and he serves as master of this island.

Fena also addresses her self and Salman said he is Houtman Knight. Salman gets bored when Sanada princes see his name as Sal Man. Fena shouts that it is Salman since the two won’t stop arguing about it. Fena asks Snada to tell her the reason why she is here. Sanada narrates the story of great-grandfathers wandering the seas of the world. They got saved by the Houtman Family when their ship got destroyed during their travel. Later Fena cuts her hair and traveled with Yukimaru.