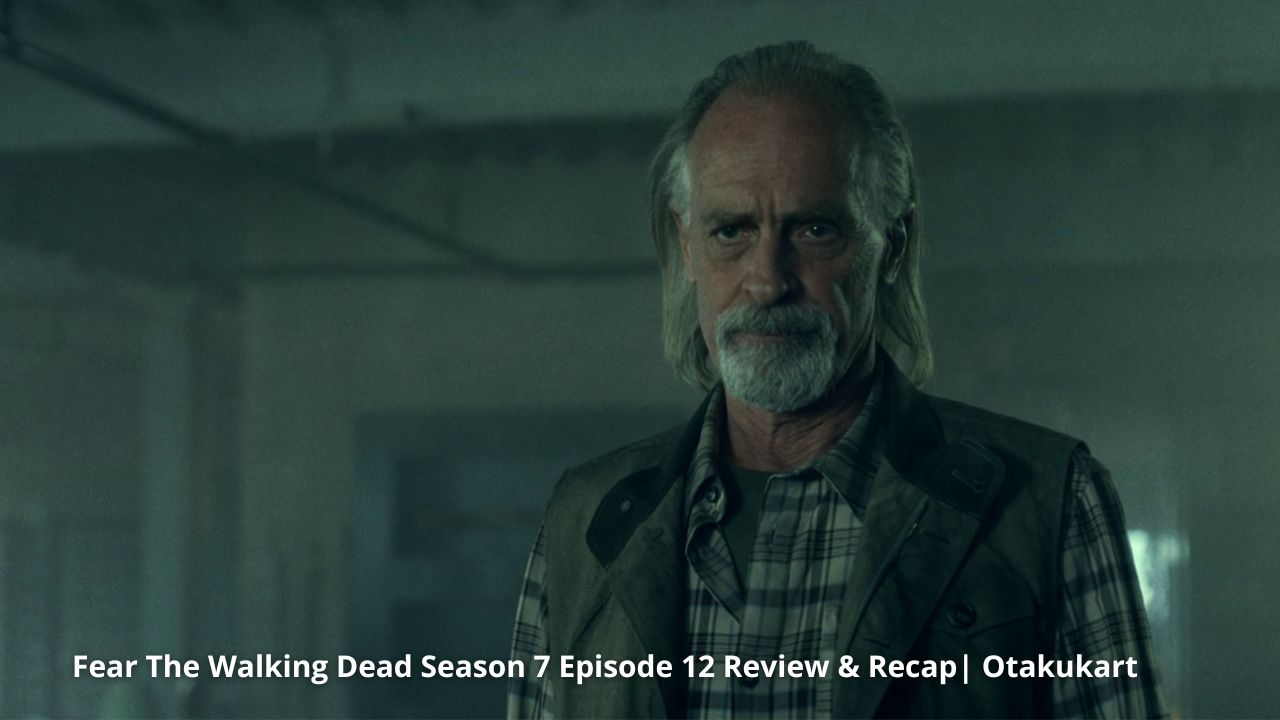 Fear The Walking Dead Season 7 Episode 12 marks the end of John Dorie Sr.’s run on the show. For the past few episodes, the show has been building up the war between Strand and Morgan. Some people have switched sides, while some are looking forward to a different path. More recently, Wes was the one to switch sides when he saw Luciana lie her way out to bring Daniel on their side to fight Strand.

The twelfth episode of Fear The Walking Dead Season 7 saw John Dorie Sr. believing in Strand too. Especially with the place he built, as he believes Baby Mo could be a lot safer than out there with walkers and radiation killing them. This saw Dorie Sr. bringing a plan into motion which is quite similar to what he did to Teddy. So let’s find out if Dorie Sr. managed to execute it perfectly.

Fear The Walking Dead Season 7 Episode 12 sees John Dorie Sr. making his moves to frame Howard for keeping a walkie by his side. This saw Victor taking charge to almost throw Howard off the roof. They still needed proof that Howard was still loyal to Victor. A phone rang, stating that Baby Mo had gone missing. Victor gave Howard a second chance, but he had to find the baby.

Victor, on his side, doesn’t actually trust Howard and asks John to do the job. John began interviewing every other person at the Tower who could possibly be behind the kidnapping. At last, he also interrogates Howard and gets to know more about his life and his family. Howard was still hoping that his family would make it to the Tower. Also, the legacy Howard wants to form living at this Tower despite the fact that he sacrificed many lives.

John later finds June escaping through a tunnel. He also hears the baby’s cries. June is planning to take the baby to Morgan, but John doesn’t want that to happen. He believes the baby will thrive at the Tower while out there, baby Mo will be surrounded by dangers. He tells her about his plan, and June believes he is repeating the whole thing as he did with the purse and Teddy.

Finally, John reveals why he doesn’t want Baby Mo. It’s the virus that affected Charlie. John was suffering from a situation despite escaping quickly. Victor and Howard soon arrive, but somewhere Victor still believes in John. To confirm his belief, Victor made John throw Howard off the roof. John finds out that Victor already knew his family was dead and kept it away from Howard so that he could make this place work.

After talking to Victor, John realized that what June said was right. Baby Mo could never grow up in the shadows of Victor running the place. After knocking Victor out, John decided to go out there and give the baby to Morgan. In the process, he had to stay behind because he was bit, and soon the walkers ate him up.

Fear The Walking Dead Season 7 Episode 12 served as a goodbye to John Dorie Sr. For starters, we believed he might end up dying at the hands of Victor or align himself up. None of that happened. Fear The Walking Dead just ended up killing another character in the form of Howard to no use.

The first half of the episode began as a whodunit as we saw Dorie Sr. figuring out who took away the baby. Somewhere it was obvious. A paranoid Victor found himself struggling to figure out who he should trust.

Much like Episode 10 of this season, where FTWD made a character like Ali familiar with the audience only to kill him, they gave the same treatment to Howard. Also, it didn’t make any sense to kill him. Why was Strand ready to believe Dorie Sr. over Howard, who literally built this place for him. So Howard was an interesting character whose death was a total waste.

Coming to Dorie Sr., who was the highlight of the episode, the audience began to understand why he wanted Victor Strand on his side. But in the end, not killing Strand when he had a chance didn’t make sense either. With Howard and Dorie Sr. both gone, we believe Wes could become someone Morgan needs right now.