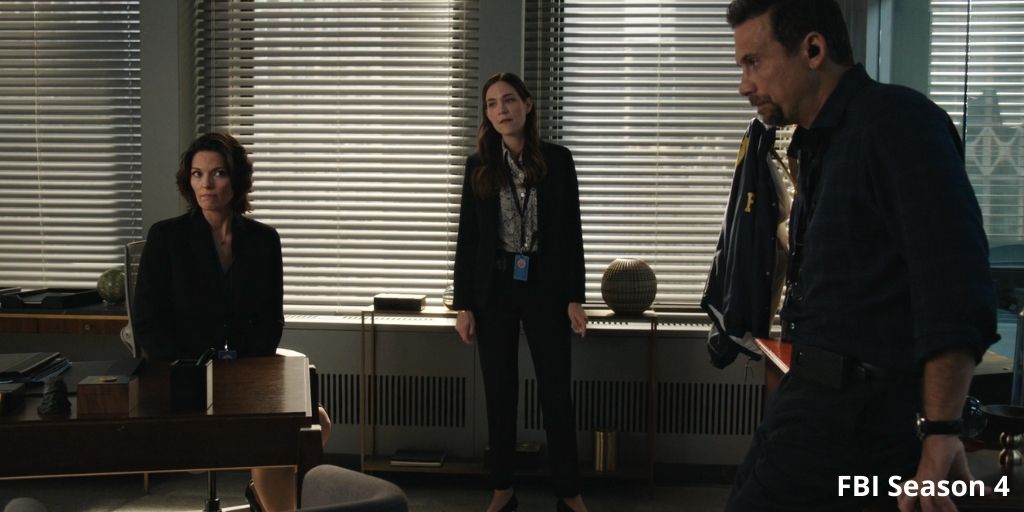 Things will be getting a lot more dangerous for our characters in FBI Season 4 Episode 9 once they realize that someone is targeting them one by one. Meanwhile, the previous episode gave us another thrilling ride of the season. In addition to that, things got personal with Stuart when the latest case involved a terrorist bombing attempt. We saw how he related it to the 9/11 attack when his brother died and wanted to stop it at any cost. On the other hand, his teammates were trying to control him so he doesn’t let his emotions take over.

We also saw Tiffany trying to look after Stuart after learning about his brother’s death. Furthermore, she helped him open up to her and made him realize the main reason he was not wanting to connect with new people. The American television series has been growing in popularity ever since it first kicked off on 25th September 2018. The show follows the popular genres of action, police procedural, and crime drama combining them all together to bring out a wholesome watching experience.

Moreover, the show is developed under the banner of Wolf Entertainment and Dick Wolf has created it along with Craig Turk. This is also one of the reasons the show has been quite successful as it shares its tone with other popular shows created by Dick Wolf. The current season started off on 21st September 2021 and has already aired eight episodes. However, the fans are now eager to watch FBI Season 4 Episode 9. But first, let’s take a recap of the previous episode and find out what all happened. 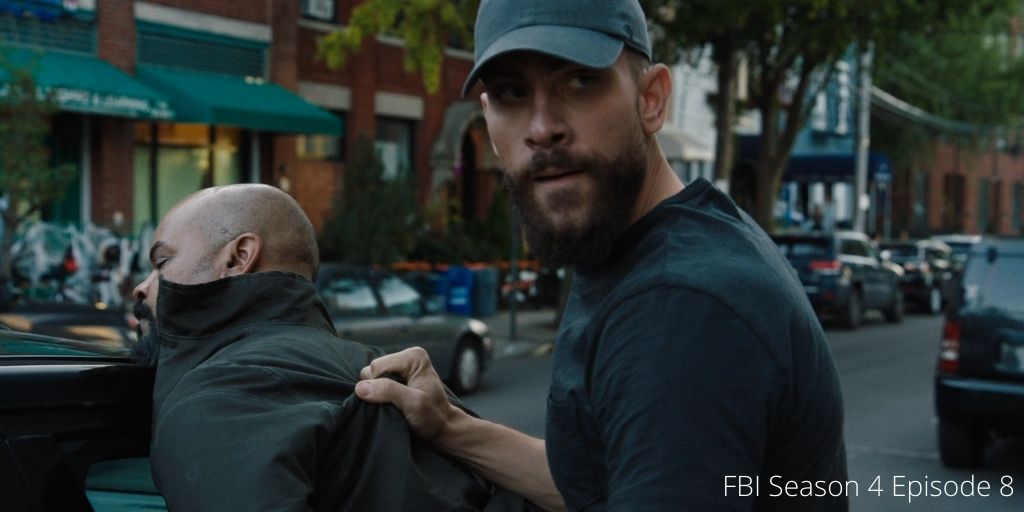 Episode 8 of FBI Season 4 came out on 7th December 2021. Moreover, the episode was titled “Fire And Rain”. The episode began with four men having drinks in a house but one of the men shot the other while the others were standing by his side as they were in on it. Meanwhile, the next morning we saw Stuart visiting his brother’s grave who died in the 9/11 attacks. Before leaving, he saw his brother’s wife Audrey and her kids from far away who had also come to pay their respects. Soon, he reached the house where the man was shot dead. However, what made this case an FBI case was the fact that there were materials present in the basement that were used in making a big bomb.

Meanwhile, Jubal asked to run a scan and find out the vehicle that the murderers used to escape the house. After finding the car in front of a woman named Hannah’s hose, Omar and Maggie brought her for questioning. Whereas, Stuart and Tiffany learned that Hannah’s boyfriend was a known terrorist named Felix Ramos who used her car the other night when he probably killed the man. Later they sent Hannah on two undercover missions to get Felix’s two friends who were helping him. On the other hand, they got a clue from one of Felix’s accomplices and tracked down the building where the bomb was planted.

However, the bomb was motion-activated and could not be defused. So the FBI started to evacuate the building to avoid any deaths. Meanwhile, the team tracked down Felix and arrested him but he wasn’t willing to give the codes to diffuse the bomb. Although, Stuart went a step further risking his job, and found Felix’s younger brother Pablo, and took him to the building. He then told Felix to either give the codes or live with the burden of killing Pablo.

Eventually, it worked and Felix gave the codes that diffused the bomb. Later at the bar, Tiffany had a heartfelt conversation with Stuart about his brother’s death and the effect it had on him. However, she convinced him to move on and open up to new people. In the end, we saw Stuart finally visiting his brother’s wife Audrey and her kids after five years.

“FBI Season 4 Episode 9 will release on 14th December 2021 at 8 pm ET on CBS.” Furthermore, the episode will be titled “Unfinished Business”. The episode will be another thrilling watch as we will see our FBI officers being hunted instead of being the hunters. Things will get serious when someone will shoot Assistant Director Rina while on her way to work. Meanwhile, Jubal will try to get the attacker in custody but Maggie will also get shot. Soon they will learn that someone from the past is out for revenge and is targeting their team. So don’t forget to watch the upcoming episode.

The crime drama series is attracting a lot of attention with the latest season. Therefore, the fans are wondering where to watch FBI Season 4? The answer to that question is quite simple. “FBI Season 4 airs every Tuesday at 8 pm ET on CBS in the United States.” Meanwhile, the viewers can watch the show on Youtube TV. Moreover, the viewers can stream the show on Amazon Prime Video and Paramount+ as well.

Also Read: SEAL Team Season 5 Takes A Hiatus: When Will Episode 11 Come Out?