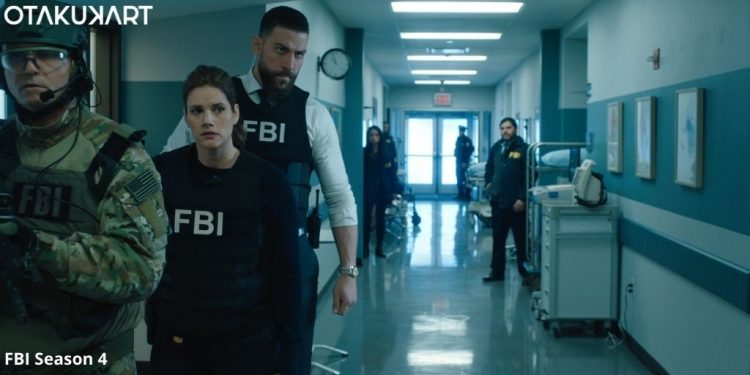 It looks like the fans will have to wait a little longer than usual for FBI Season 4 Episode 12. Meanwhile, the previous episode was filled with thrill, drama, and emotions that got everyone hooked. The episode gave us a look at a new criminal who was abducting girls that looked pretty much similar. Moreover, the case got more serious when one of the girls died while trying to escape the man.

On the other hand, Jubal received terrible news that affected him deeply. Although he tried to work through the emotions of the loss, it clearly looked as if he was in a lot of grief. This also seemed to be taking over him as he regularly questioned one of the missing girls’ fathers. Meanwhile, the case was getting a whole lot difficult since they didn’t have any solid leads to track the criminal.

However, an unexpected accomplice of the criminal became the biggest help in solving the case. The American television series is a mix of procedural drama, action, and crime genres that make it a wholesome watching experience. Whereas the show stars an ensemble cast as well, which is another major success factor of the show. The show first premiered on 25th September 2018 and is currently airing the fourth season. Although, the viewers are now excited to watch FBI Season 4 Episode 12. But first, let’s take a quick look at the events of the previous episode to see what happened.

Episode 11 of FBI Season 4 Episode dropped on 11th January 2022, and the episode was titled “Grief”. The episode opened with a girl named Angela getting kidnapped from a National Park by a man at night. Meanwhile, in the morning, the FBI got in on the case, and Jubal joined in after getting back from the hospital, where he learned that Rina was put off life support and passed away at night. After questioning some witnesses, the team found a common mention of a specific sedan that the criminal drove. Kelly traced the car down through traffic cameras in an area close to where Scola and Tiffany were present.

Although, things went sideways when the girl in the car stepped out of the car and ran but got hit by an incoming truck. Meanwhile, the criminal drove off before Scola and Tiffany could catch him. When seeing the girl’s face, they realized that it was not Angela but some other girl that looked like her. Later on, the team learned that the dead girl named Cassidy had been missing for four months. Whereas Jubal promised Cassidy’s dad, Mr. Drabeck, to catch her daughter’s victim. It was now clear that the man was kidnapping similar-looking girls. As the investigation moved a bit further, they met a woman named Beth Page from Cassidy’s theatre that denied knowing Cassidy very well.

Although, the team discovered the identity of the criminal named Doyle Buckler through a video that Cassidy’s dad made on her performance night and Beth Page being his accomplice. Moreover, the team got hold of another girl named Darcy in the case that was the criminal’s ex-girlfriend. She had rejected him when he proposed because he was a stalker, and it turns out he was now kidnapping girls that looked like her. They caught Beth and used her feelings for Doyle to get his location and saved Angela on time. However, things took an unexpected turn when Drabeck went hostile at the hospital as he kidnapped a girl and wanted Doyle for himself so he could kill him. But Jubal arrived there and calmed him down. In the end, Jubal stayed in Rina’s office, finally letting go of the emotions that he had built up inside after her death.

“FBI Season 4 Episode 12 will release on 1st February 2022 at 8 pm ET on CBS.” Moreover, the episode will be titled “Under Pressure.” The show will make a comeback after a break of three weeks. Additionally, a synopsis is not out yet, though we can have a good guess that the episode will be another thrilling one.

The action-packed drama series has got the attention of a ton of viewers around the world. Therefore, they are wondering about where to watch FBI Season 4? Well, that question has quite an easy answer. “FBI Season 4 airs every Tuesday at 8 pm ET on CBS in the United States.” Whereas the show is also available to stream on Paramount+. Additionally, the viewers can watch the series on Youtube TV and Amazon Prime Video as well.