The fans and viewers are very much eager to watch FBI: Most Wanted Season 3 Episode 8 after watching another thrilling episode. In the previous episode, the drama and thrill got the fans hooked to watching it till the end. The American television series has been picking up the pace gradually with its third season. Furthermore, it has been providing a pretty good storyline till now that has kept the audience intrigued. The show first arrived on 7th January 2020 and received a very good response.

Moreover, the complete first season of the show managed to garner a viewership of more than ten million. All of these things motivated the showrunners and producers to go ahead with a second and third season. The third season came out on 21st September 2021 and is doing quite well till now. This is the first-ever spin-off television series to come out of the hit television show “FBI”. In addition to that, it is also the second installment in the popular “FBI” franchise.

A well-known Canadian-American television producer named René Balcer has created the series. Meanwhile, the show is developed under the banner of Wolf Entertainment that is owned by Dick Wolf. He is also the executive producer on the show, along with Arthur W. Forney, Peter Jankowski, and René Balcer. The show focuses on the genres of action, crime drama, and police procedural and combines them to bring out a worthwhile watching experience. Moreover, the show stars Julian McMahon, Alexa Davalos, Roxy Sternberg, Miguel Gomez, Keisha Castle Hughes, and many more. The fans have been enjoying the season so far and are now waiting for the release of FBI: Most Wanted Season 3 Episode 8. However, let us first take a quick recap of the previous episode. 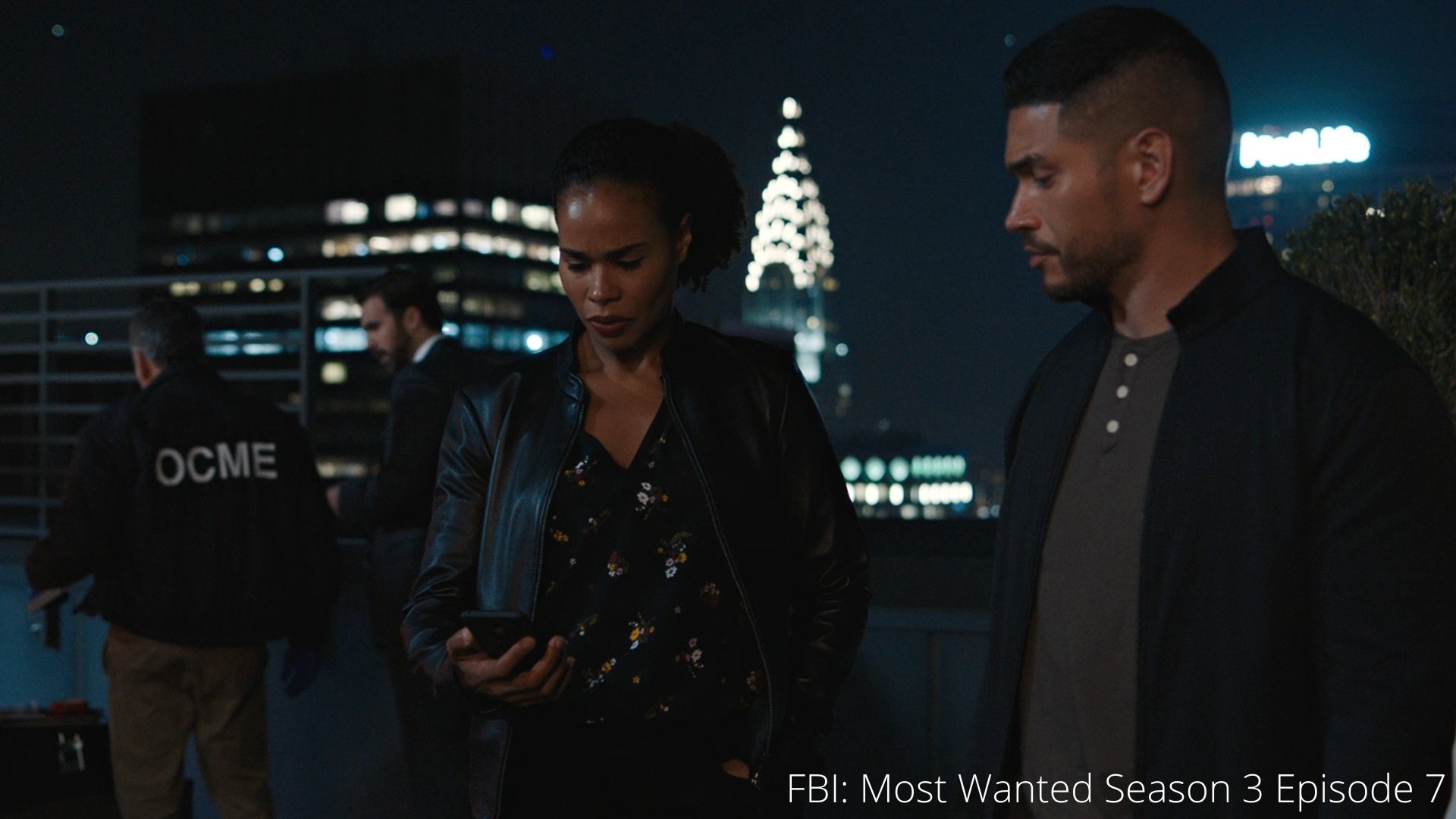 Episode 7 of FBI: Most Wanted Season 3 came out on 16th November 2021. Furthermore, the episode was titled “Gladiator”. The episode began with a celebrity businesswoman named Esme Langer, who was out late with her friend Becca for drinks. Later on, her driver Ernie dropped her off at her house and asked her to help her get inside, but she said she could handle it. After some time, she heard someone break in, so she picked up a knife. The next morning her maid accidentally pulled off her head from her body, thinking she was pulling out Esme from under the sofa.

Jess, Sheryl, Hana, Ivan, and Kristin arrived at the scene as the FBI was pressured to look into this high-profile case. The case was more high profile as Esme was the wife of a star basketball player Sonny Langer. Jess and Kristin went to question him, and he told them everything about his whereabouts from the last night. Whereas, Hana and Ivan questioned the driver Ernie who told them about Esme’s friend Becca who was forcing Esme to have more drinks last night. Whereas Becca said that Esme had a stalker, so the FBI released a photo of the guy to get him recognized.

Later on, the stalker was found dead from suicide after he killed his roommate for revealing his identity. Whereas the FBI found another guy who sold Esme’s wedding ring at a pawn shop and was told to do so. However, Jess was reluctant that Sonny was involved in his wife’s murder. Meanwhile, at the hotel, Sonny killed his agent, and the FBI learned that his agent and another businessman were behind Sonny’s deteriorating brain condition. Finally, they tracked him at the basketball court with his kids and convinced him to let his kids go. Jess and Kristin tried to help him out, but Sonny was in too much guilt of killing his wife. So he shot himself and died.

The viewers are very much eager to watch another thrilling episode of the show after watching the previous one. “FBI: Most Wanted Season 3 Episode 8 will release on 7th December 2021 at 9 pm ET on CBS.” Moreover, the episode will be titled “Sport of Kings”. The episode will come back after a gap of three weeks. However, it will bring another thrilling ride for the viewers. So stay tuned and don’t forget to watch it on Tuesday, December 7th.

The crime drama series is once again attracting pretty good attention from the viewers. That is why they are wondering about where to watch FBI: Most Wanted Season 3? The answer to that particular question is a rather simple one. “FBI: Most Wanted Season 3 airs on Tuesday at 9 pm ET on the CBS television network.” Moreover, the show is available to watch on the official website of CBS. Other than that, the viewers can stream the series on Youtube TV and Amazon Prime Video as well. Therefore go ahead and start watching the show if you haven’t done that yet.

Where Is Pirates Of The Caribbean Filmed? All Locations Revealed

Where Is Pirates Of The Caribbean Filmed? All Locations Revealed

Who is Dylan Arnold Girlfriend, Are The ‘You’ Stars Dating in Real?

Kyle Thomas Girlfriend: Who Is The TikTok Star Dating?