The fans and viewers are eagerly waiting to watch FBI: Most Wanted Season 3 Episode 6 after getting their look at the previous episode. The American television series entered the third season on 21st September 2021. Since then it has been five episodes in the season and the show has been going quite strong. The audience has been loving the show for its thrill and drama and the progress of the story. The tv show follows the genre of crime and drama and gives the viewers a worthwhile experience while watching the show.

In addition to that, the show is the second installment in the hit ‘FBI’ franchise. Moreover, it is a spin-off to the first series in the franchise that is also titled “FBI”. The show is produced under the banner of Wolf Entertainment run by Dick Wolf. He is yet another popular name in the television industry as he is famous for creating the “Law & Order” franchise. This is also one of the reasons why a lot of viewers who follow the shows under Wolf Entertainment might come to this show as well.

A popular Canadian-American tv writer named René Balcer has created the show. Furthermore, he is also the executive producer on the show along with Dick Wolf, Arthur W. Forney, and Peter Jankowski. Moving on, the star cast of the show includes Julian McMahon, Roxy Sternberg, Kellan Lutz, Keisha Castle Hughes, Nathaniel Arcand, Miguel Gomez, Alexa Davalos, and many more. The ongoing season has been keeping the fans hooked to the show and now they are awaiting the release of FBI: Most Wanted Season 3 Episode 6. However, let us first take a recap of the previous episode and find out what all went down. 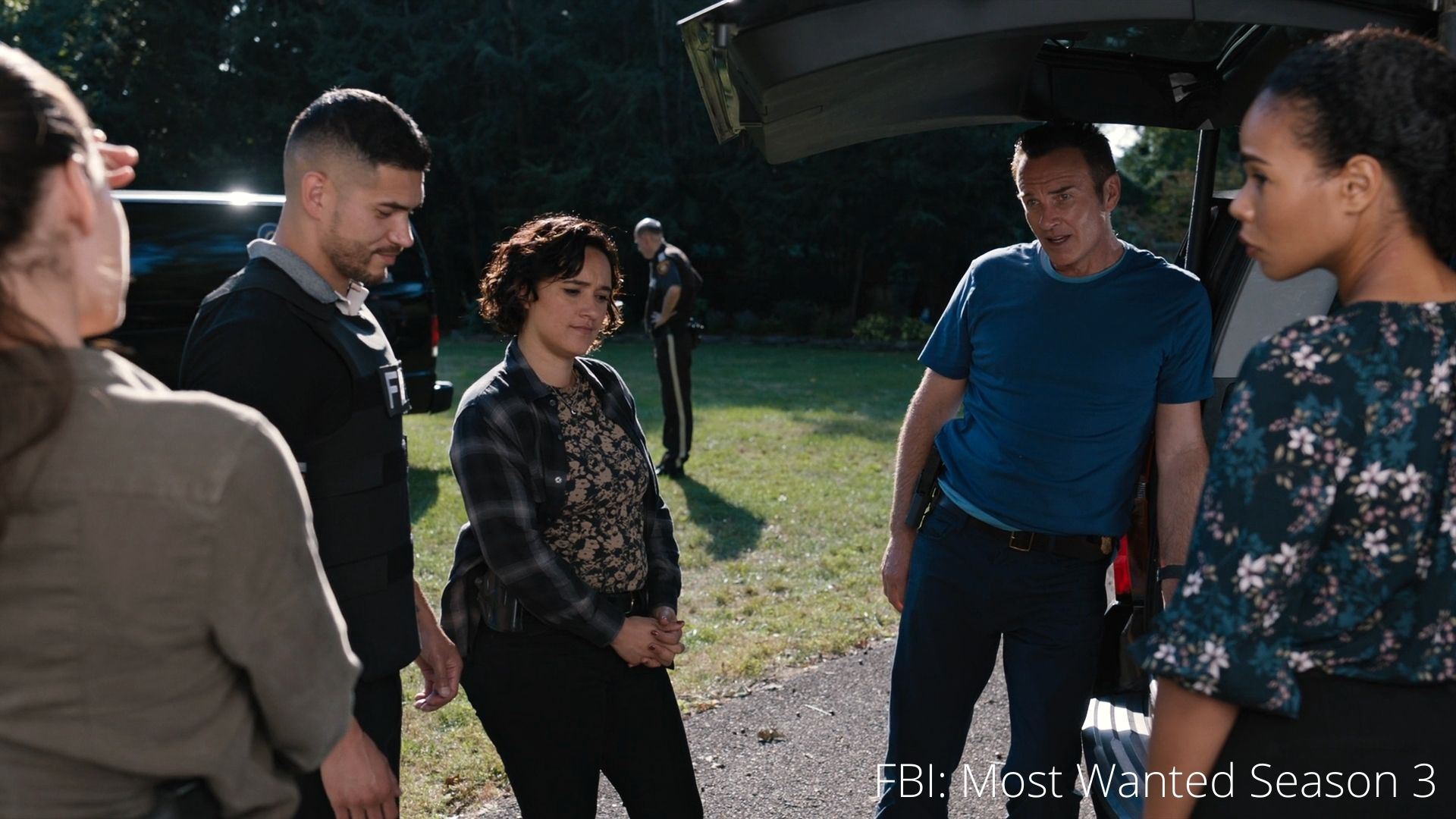 Episode 5 of FBI: Most Wanted Season 3 came out on 2nd November 2021. In addition to that, the episode was titled “Unhinged”. The episode began with Hana returning back to her house after taking care of her sick mother. However, she got a little sad to hear that her roommate Zadie will also be leaving to look after Crosby. The next thing we saw was that Todd and Vicky who are a couple went into a game and bowling center and put it on fire. However, Todd killed a worker from the center and his son along with William Duncan as well who is the owner’s son. Meanwhile, we saw another strange man named Angelo just watching it all happen and then walking away.

The next morning Hana joined her team and a new coworker named Kristin Gaines who is a special agent. They question William and learn that he owed a man some money so they go to question that man. However, the man tells them that William’s father Fred already agreed to pay the money to him. So they figure out that Fred hired the couple who were previously firefighters to burn down the arcade so he could get insurance money. Although, Todd shot his son and killed two others.

On the other hand, Angelo caught up to Todd and Vicky and was furious with them for failing his plan of killing William. Later on, the FBI found the couple’s body in their car whereas Angelo kidnapped Fred. The FBI learned that Fred had raped a girl, murdered her, and with the help of his father put Angelo in jail for 35 years. So now Angelo is back to take his revenge. However, Angelo’s revenge was even more hideous as he kidnapped Fred’s granddaughter as well. He was forcing Fred to rape her just like he did to that girl 35 years back. But fortunately, Jess, Hana, Kristin, and the others arrived on time and rescued Fred and the girl. However, Angelo got shot and killed while he tried to run and Fred went to jail for his crime.

FBI: Most Wanted Season 3 Episode 6: When Will It Release & What To Expect?

The previous episode was another thrilling one and the fans are waiting for the next one. “FBI: Most Wanted Season 3 Episode 6 will release on 9th November 2021 at 9 pm ET on CBS.” Furthermore, the episode will be titled “Lovesick”. The next episode will be another interesting one as we will see a new killer wreaking havoc. He will be a family annihilator and the FBI will have to put all their efforts into catching him. So stay tuned for the episode releasing on Tuesday.

The ongoing season of this crime drama series has got the viewers hooked and they want more of it. Therefore they are eager to know about where to watch FBI: Most Wanted Season 3? The answer to that question is a rather simple one. “FBI: Most Wanted Season 3 airs every Tuesday on the CBS television network at 9 pm ET.” Furthermore, the season is also available to stream on Amazon Prime Video. In addition to that, the viewers can also head to Youtube TV to watch the episodes. So go ahead and stream the show as per the choice of your service.

Simon Rimmer Net Worth: How Rich Is The Celebrity Chef?

Beenie Man is also known as Anthony Moses Davis, is a Jamaican dancehall DJ. This DJ has gained fame for...

How to Read Berserk Manga? Will It Ever Return?