FBI: Most Wanted Season 3 Episode 12 Will Air After A Short Break 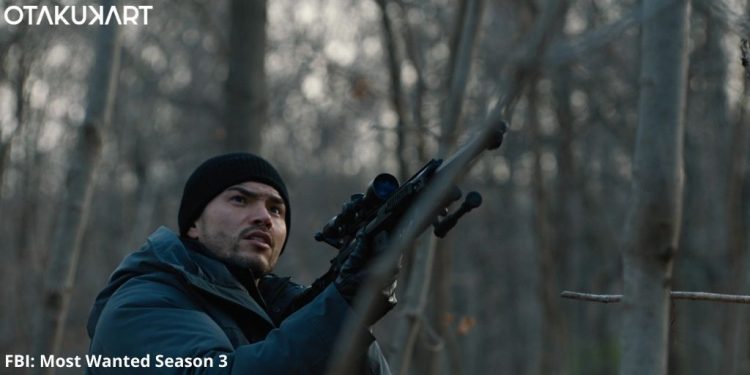 The viewers will have to hold up their excitement for FBI: Most Wanted Season 3 Episode 12 until the next month. Meanwhile, the previous episode gave us a look at a hunter from the woods who had started hunting humans. He even went a step ahead and cut off the heads of some of the victims and took them as trophies for himself. Although it seemed like he was the only one involved in the murders, later it turned out that someone well-known to him was aiding him in his crimes.

On the other hand, we saw Hana talking to Ortiz about not knowing her birth mother and that she was adopted. But Ortiz had a suggestion for Hana that might turn over things in her life. The police procedural crime series based on one of the most powerful law enforcement agencies first premiered on 7th January 2020. Although, a backdoor pilot was aired on the first show in the “FBI” franchise, also titled FBI.

Therefore, this show also serves as a spin-off to the original show. The show stars Julian McMahon, Alexa Davalos, Miguel Gomez, Keisha Castle Hughes, and Roxy Sternberg as the prominent cast members. The third season of the show kicked off on 21st September 2021 and has received a good response till now. But the fans are now eager to watch FBI: Most Wanted Season 3 Episode 12. However, let us first take a quick recap of the previous episode to find out what went down.

Episode 11 of FBI: Most Wanted Season 3 came out on 11th January 2022 and was titled “Hunter”. The episode began with a man named John Clemons being injected with a sedative and kidnapped at night by a man named Wally. The next morning we saw Wally standing with a rifle in the woods while John was on the ground with his hands tied. However, Wally gave him a knife and a head start to run before he hunted him. But just as John reached the road and got near a Jeep that was standing there, Wally shot him. However, the owner of the Jeep confronted Wally about shooting at his car and seeing a dead man; he ran for his life. But Wally killed him too. The FBI arrived on the scene and found that Cleamon’s head was cut off.

After searching about him, they discovered that Clemons was a sex offender. Meanwhile, the other hunter that was killed was just unfortunate to have crossed paths with the killer at the wrong time. While the team was investigating, Wally kidnapped a woman named Courtney Parker and killed her with a crossbow this time. Jess and Kristen met Courtney’s husband and learned that she was connected to the same scouts trip that Clemons was in charge of. Meanwhile, Kristin and Hana figured out that Clemons sexually abused him on the scouts trip when he was ten. This all made it clear that he was out for revenge and killing sex offenders. Wally’s psychiatrist from his time of the abuse, Dr. Robert, also believed that Wally was trying to get closure for himself in this way.

Later on, Wally killed two more men, but they had nothing to do with him. This is where it got dangerous as he was now killing sex offenders as a hunt. Whereas the FBI found Dr. Robert trying to escape from an abduction scene. It turns out that Robert was aiding Wally in his crimes. The team moved into the woods with a force where Wally had tied up another victim. Furthermore, he was taking his shot from high up on the tress like a hunter. But Jess cleverly distracted him by engaging him into a conversation while Cortiz located him and took the shot, and put him down. In the end, we saw Cortiz and Hana talk about their mothers as she told him that she was adopted. But she did have her birth mother’s email and decided to take up Cortiz’s advice and mail her.

“FBI: Most Wanted Season 3 Episode 12 will release on 1st February 2022 on CBS at 9 pm ET.” Moreover, the episode will be titled “El Pincho”. The series is going on a short break as it will return after a period of 3 weeks. Furthermore, the network has not revealed a synopsis for the upcoming episode. So stay for any further updates.

The current season is once again gaining a lot of attention from viewers around the world. That is why they are also eager to know where to watch FBI: Most Wanted Season 3? Well, that question is a simple one to answer. “FBI: Most Wanted Season 3 airs at 9 pm ET every Tuesday on CBS in the United States.” Additionally, the show also streams on Paramount+. Meanwhile, the show is available to watch on Youtube TV and Amazon Prime Video as well.

The Great Jahy Will Not Be Defeated Season Finale Explained: Will The Anime Return?

Are Machine Gun Kelly and Megan Fox Engaged? Get All The Details Of The Magical Proposal!