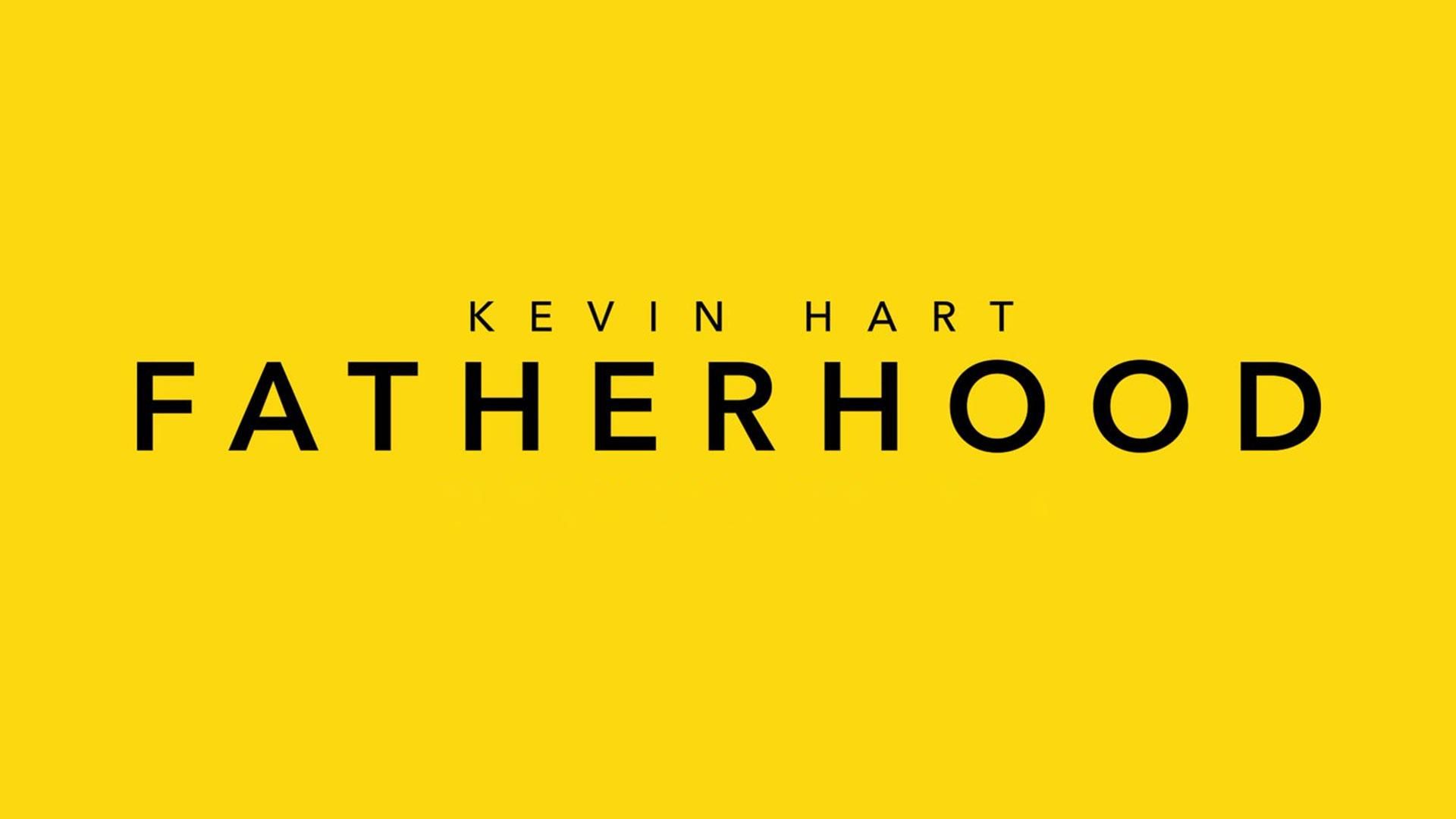 ‘Fatherhood’, the upcoming drama, is adapted from the book ‘Two Kisses For Maddy: A Memoir Of Loss & Love’. Moreover, this book is based on a true story. This movie is all set to release on Netflix. However, this deal with Netflix is not entirely acquitted. This is a licensing deal where Sony is also involved. However, Netflix has kept the license worldwide except for China. The license of China has been taken by Sony. Apart from this, Sony has also decided to keep IP and all transactional home entertainment windows outside of Netflix.

At the beginning of the year, Hart and his Hart Beat Productions sign a soul partnership with Netflix. It signs for the feature films with Netflix. In addition to this, it also signs for the first look deal production deal with Netflix. This means that Fatherhood was independently licensed previously and was not part of any deal. However, this is said to happen because 50% of the US cinemas will remain closed due to the pandemic. Moreover, because of this shift Barack and Michelle Obama’s production company have boarded the movie. 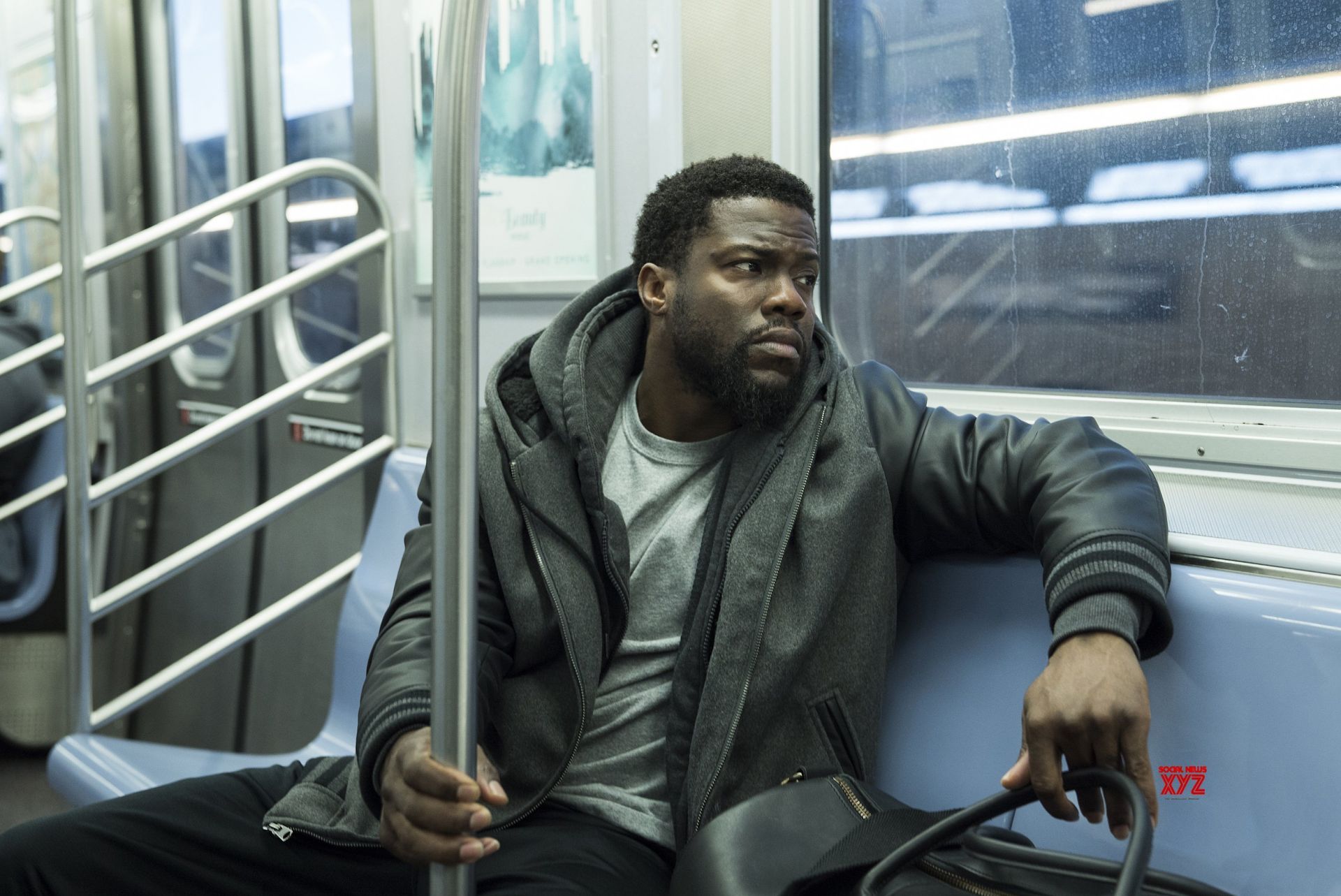 The film has been in pre-production status till probably May 24, 2019. Thus, it continued to be in post-production till March 31, 2020. Finally, on December 31, 2020, the film was in the finalized status. Thus, after a lot of changes and delays ‘Fatherhood’ is all set to release on 16th April 2021. However, it was at first organized to release on April 3, 2020. However, eventually, the production and release date got pushed back when Kevin Hart met with an accident. Thus, after shifting from this date, the movie is all set to release on the weekend of Father’s day, 2021.

The trailer of ‘Fatherhood’

The makers of the show have still not come up with an official trailer of the movie. However, we will update you once the trailer is released officially. Till then stay connected.

The Cast of ‘Fatherhood’

Surprisingly a long list of the cast has been revealed of this movie. Kevin Hart as Matthew Logelin and Alfre Woodard as Marian Melody can be seen in the main lead roles. Moreover, the prominent characters are Hurd as Maddy Logelin, Anthony Carrigan as Oscar Lil Rel Howery as Jordan. Furthermore, Paul Reiser as Paul, Deborah Ayorinde as Liz Logelin will also take part. Alongside, DeWanda Wise as Swan, and Teneisha Collins as Tessa can also be seen in pivotal roles.

Kevin Hart, the lead in the movie has been famous for his recent global hit ‘Jumanji: The Next Level’. However, he has recovered from a severe back injury in a car accident. This accident occurred on September 1 on Mulholland Highway in Calabasas, CA. However, when this accident occurred in his 1970 Plymouth Barracuda, it veered off the road and rolled down an embankment. He was a passenger in the car at the time the accident occurred. Moreover, his spine was fractured in 3 places and he remained hospitalized for 10 days after the accident.

Story of ‘Fatherhood’ according to the book

The entire story is based on a true story. Moreover, it is said that this is the real-life story of the author of the book. The story is about a father who raises a kid all alone. However, the mother dies unexpectedly at the time of birth. Mattew Logeline and Liz Logelin were childhood sweethearts who settled in LA after their marriage. As time passed there was a baby girl on her way to their lives. However, one day after Madeline, their daughter, was born her mother died. This happened because Liz suffered from a pulmonary embolism thus, she died instantly. However, the most miserable thing was that Liz could not even hold her child for once before she died. 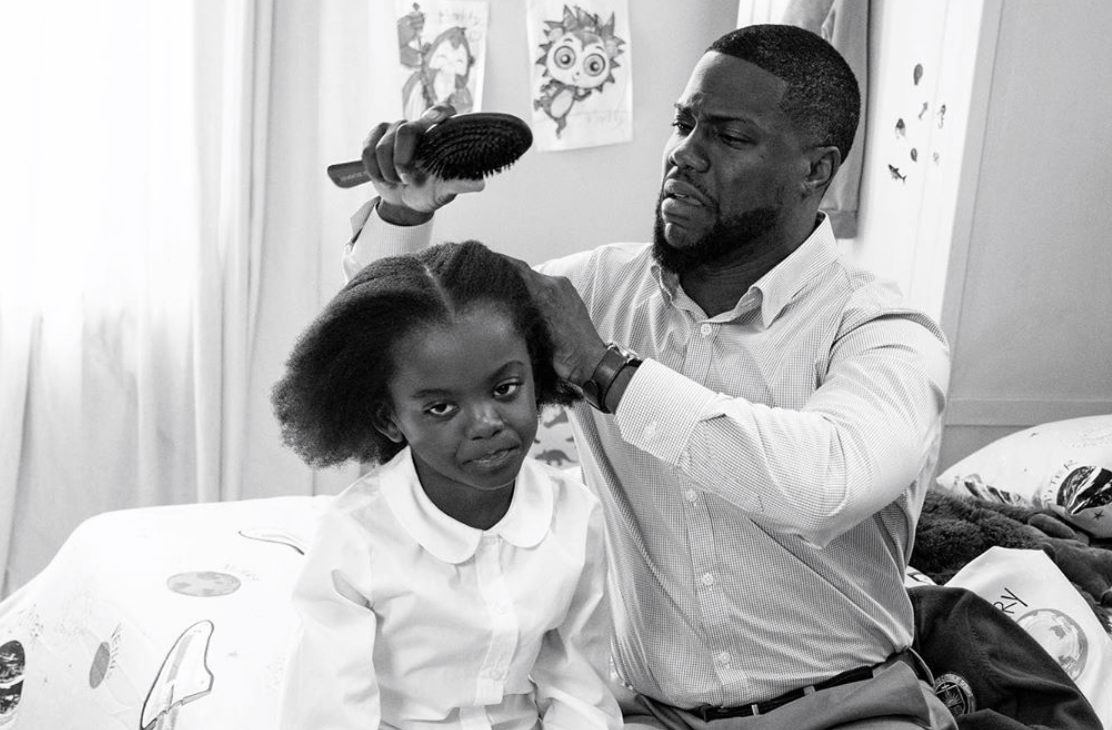 According to Logeline, he was asked about raising Maddy alone. Thus, he said that he always thought he would be a good parent alongside Liz. In addition to this, he said that he never thought that one day he has to raise Maddy alone. He decides to keep going on because of Maddy. However, he was fronting with both weakening and beautiful feelings. Thus, he termed the word ‘beautiful feeling’ to denote how happy he was in taking care of his daughter.

A blog to the Book of ‘Fatherhood’

You will be surprised by the fact that the book was previously written as a blog. Logeline gushed his grief and despair in the form of blogs after Liz died. Moreover, he kept his writing skill in humor and bittersweet form. He did this to connect to other people going through the same situation of loss by telling them his experience. In his blog, he also wrote about his daily life at that time. Moreover, it described the heartbreaking and little, funny moments he experienced.

Nevertheless, he also wrote about Liz’s memorial service mentioning every detail of it. He also mentioned how he went to the record store to collect new albums. Readers could get the differences between feelings like honesty and the raw reality of grief in his blogs. Some generous people offered all kinds of support. They suggested to him and named items he could need for grooming Maddy. Some of the items among them were nail clippers and hair accessories.

In due course, Logelin converted his blog which has drawn the attention of nearly 50,000 people per day. However, we believe the simplicity and the relatability of the blogs kept the people hooked on them. Thus, he converted his blog into a Memoir. In addition to this, he named his memoir or book ‘Two Kisses for Maddy: A Memoir Loss and Love.’ This book has details of Logelin’s dawn with Liz. Right from the very beginning of their journey which is courtship as teenagers to their marriage the book had all. Along with this he also mentioned the days of his wife being pregnant. Furthermore, he also wrote about Liz passing away and the birth of Maddy.

Further details about the blog of ‘Fatherhood’

The memoir shows the ups and downs of Logelin’s life. This also shows his experience of blogging with the beautiful group of strangers who offered him both help and support. The foreigners he found through this blog and memoirs were stuck by him in all the funny, genuine moments with Maddy and in his grief as well. Furthermore, he started honoring Liz’s legacy every day. 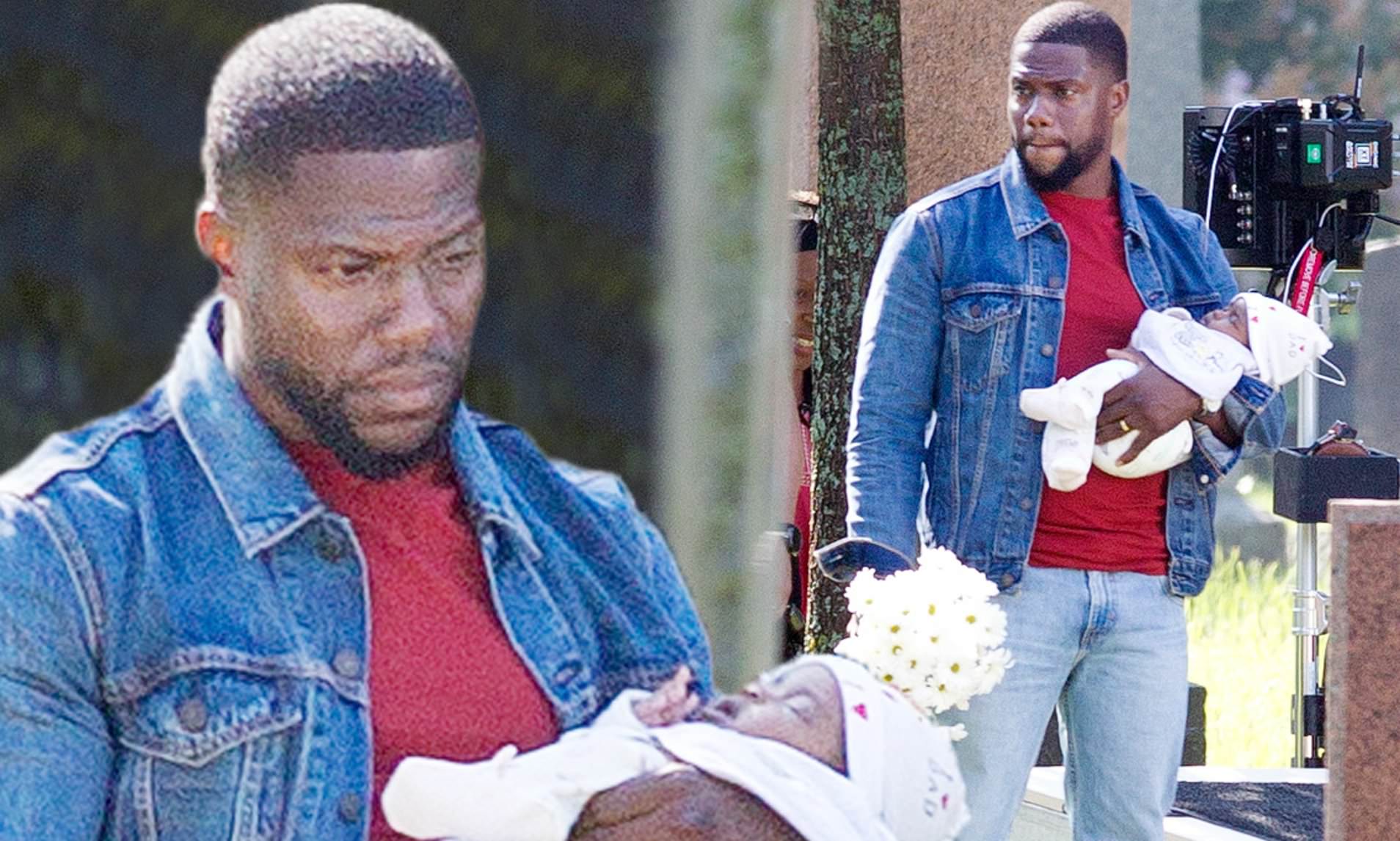 A scene from the movie ‘Fatherhood’

Along with the book he also started a charity for Liz. The name of the charitable foundation is Liz Logeline Foundation. Moreover, he said that he has founded this in honor of his dear wife. The foundation was established to provide hope in the form of financial aids for widowed families and children. Logeline made clear that Liz’s story would always be a huge part of Maddy’s life. Also, he added that he talked about her every day to his daughter. Furthermore, Maddy seemed immensely happy. Thus, she continues to know her mom through photos and stories.

The Producers and Directors of ‘Fatherhood’

‘Fatherhood’ is an American Dram Film. This film has been directed by Paul Weitz. However, it is from a screenplay by Weitz and Dana Stevens. It is based on the 2011 Memoir ‘Two Kisses for Maddy: a Memoir of Loss and Love’ by Matthew Logelin. It is produced by Marty Bowen, Kevin Hart, Betsy Danbury, and Peter Kiernan. Moreover, it is distributed by Sony Pictures Releasing. Dana Stevens has written the script of the movie along with Weitz. Dana Stevens is mostly known for her work in the City of Angel and Safe Haven. Also, she has written the script along with Weitz.

Talking about the distributors of the movie, Sony and Netflix, Sony has unloaded a few films in the pandemic. Some of these are Seth Rogen’s “An American Pickle” and Kristen Stewart-led romantic comedy “Happiest Season”. Furthermore, Sony has given “An American Pickle” to HBO and “Happiest Season” to Hulu. Simultaneously, Netflix has been a mobile buyer who acquires names like Aaron Sorkin’s “The Trial of the Chicago 7”. Apart from this Netflix has also bought the romantic Comedy “The Lovebirds”. In addition to this, it has also acquired the animated kid film “My Little Pony”.

To conclude, this beautiful yet emotional movie ‘Fatherhood’ is all set to release soon on Netflix. However, it is going to be a complete win-win situation as it seems to have everything good. Be ready to experience a smile and a tear-eyed face after watching it.

Also read: Serpent Season 1 On Netflix? Everything We Know