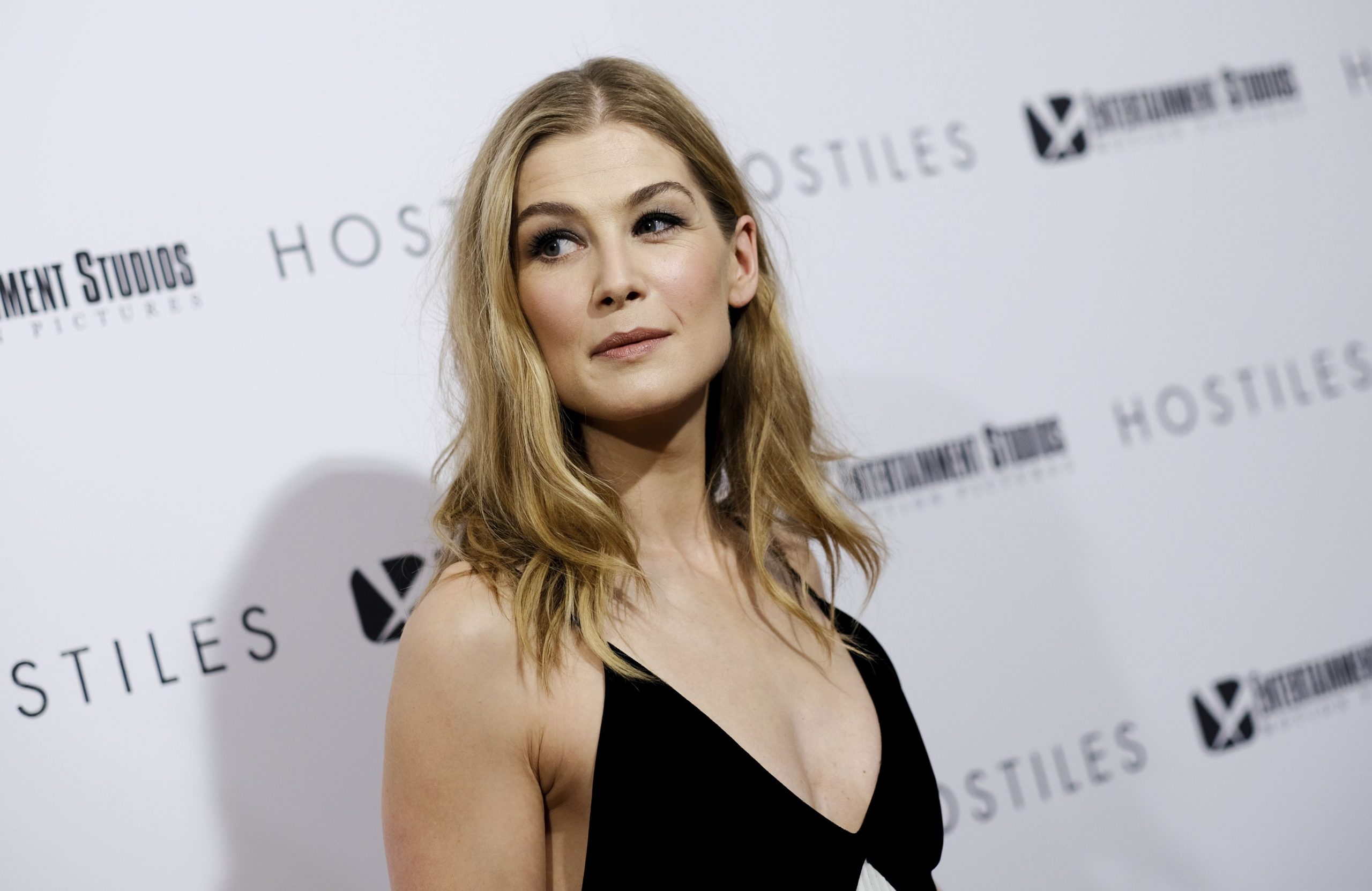 Rosamund Pike’s name has attracted attention again thanks to his ability to portray the antagonist Marla Gray in the film ‘I Care a Lot’ on the Netflix channel. She recently snatched the category of Best Actress – Musical or Comedy in the 2021 Golden Globes. Many people are getting more curious about this British actress. Here we summarized some interesting facts about Rosamund Pike that will make you even more fascinated with the talented actress.

1. Rosamund Pike is fluent in French and German 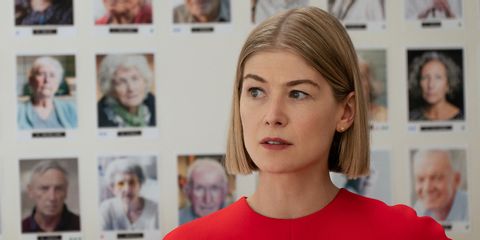 Pike’s family had to move around Europe following his father’s work until he was 7 years old. No wonder Pike is now fluent in speaking French and German. Pike is one of the outstanding students in his school. He once received a scholarship for Badminton School. Pike then continued his studies at Wadham College, Oxford majoring in English Literature. During college, he studied directly from Bernard O’Donoghue, a poetry award winner, and also Robert J.C Young, a prominent postcolonial theorist. After a brief break from college to pursue a career in acting, Pike finally finished school in 2001.

2. She came from a musical family 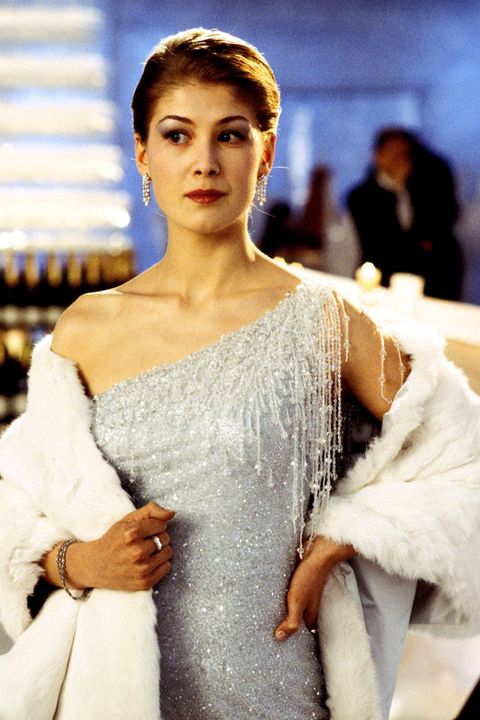 Rosamund Pike was born in England, January 27, 1979, with the full name Rosamund Mary Elizabeth Pike. Pike is the only child of Caroline and Julian Pike. His father was a professor at the Birmingham Conservatoire, while his mother was an opera singer. Rosamund Pike is apparently the only child born to a father of a professional opera singer. His mother played the violin for concerts. Apart from being good at acting, Rosamund Pike is good at playing the piano and cello.

3. She acted since college 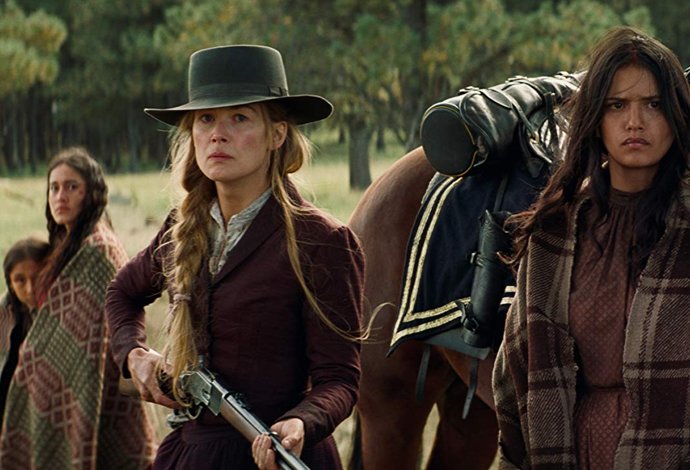 Rosamund Pike started her career in college. She has appeared on several television shows such as A Rather English Marriage (1998), Wives and Daughters’ (1999), and Love in a Cold Climate (2001). Pike also appeared in the series ‘Foyle’s War’ where he was required to smoke throughout the scene.

After graduating from college, he worked at the Waterstone bookstore. At the same time, he received an offer to play in the James Bond film entitled ‘Die Another Day’. After playing the role of a Bond girl, she also appeared in the special ‘Bond Girls Are Forever’ and a special tribute from BAFTA for the James Bond series.

In 2004 Pike played Elizabeth Maleth in the film ‘The Libertine’, which she starred in with Johnny Depp. Through this film, Pike won the British Independent Film Awards in the Best Supporting Actress category. In the same year, he played in the film THE PROMISED LAND and a film adapted from a computer game called ‘Doom’.

In 2005, Pike made another stunning appearance in the film ‘Pride & Prejudice’ as Jane, the older sister of Elizabeth, played by Keira Knightley. Pike then played in the film adaptation of the novel entitled ‘Fugitive Pieces’. After that, she starred in the film ‘Fracture’ with co-stars Anthony Hopkins and Ryan Gosling.

But another dazzling fact that you may not know is that Rosamund Pike once rejected the role of Rita Skeeter in the Harry Potter and the Goblet of Fire films in order to appear in the film Pride & Prejudice.

4. Rosamund Pike has an interesting history of the relationship. 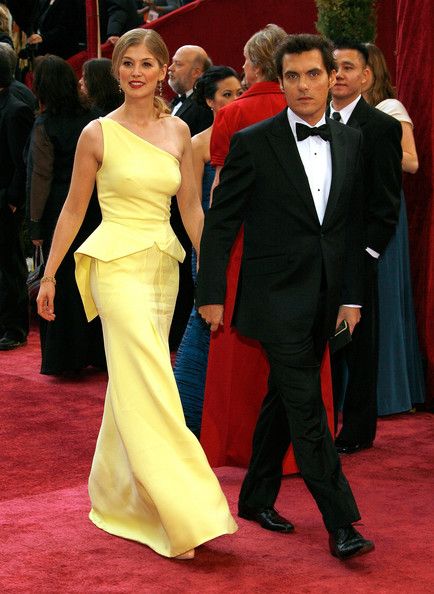 5. She will forever be our ‘Gone Girl’

Her roles are pretty diverse, to say the least, but the one she played in this movie by David Fincher is surely the most iconic. In 2014, Rosamund Pike received widespread acclaim for her performance in the psychological thriller Gone Girl She won the Saturn Award for Best Actress and received a nomination for the Academy Award for Best Actress. Pike received further acclaim for her lead role as Ruth Williams Khama in the biographical drama, A United Kingdom’ (2016). Later on, she was also praised for portraying journalist Marie Colvin in the biographical war drama ‘A Private War’ (2018). For that performance, she was nominated for a Golden Globe Award for Best Actress. Pike won the Primetime Emmy Award for Outstanding Actress in a Short Form Comedy or Drama Series in 2019 for his role in State of the Union.

6. She once complained about her edited look on media 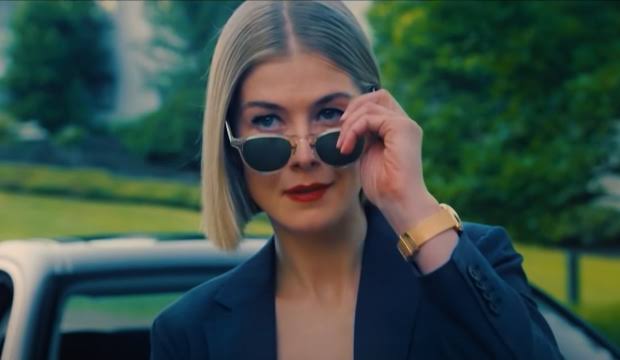 In the midst of the spotlight on her slick action, this woman revealed her doubts about the power over self-image on camera. Pike on an occasion underlines how many people, including herself, have lost their “power” about their appearance that is different from the original.

She talked about how the media modified her breast to become larger in the poster for the ‘Johnny English Reborn’ comedy film in 2011. Then, she also complained about how someone change the color of her eyes from greenish blue to brown in promotional material for Marie Curie’s drama, ‘Radioactive’, in 2019. She spoke so many times about her concern for this over-exploitation of technology to look a certain way.