Lets talk about the upcoming Fargo Season 5 Release Date. Each season of Fargo, which debuted in 2014, tells a unique violent, chilling, and even horrifyingly funny story of ordinary individuals from diverse places and periods in time who get themselves tangled up in grave situations. The show is partially inspired by the iconic 1996 film of the same title. Because we only know so much about Season five’s narrative so far, it’s anyone’s guess how the plot of the next Fargo Season will tie to the prior plots. We’ll start our analysis of what to expect from the smash crime drama’s next installment by sharing what little we do know.

Fargo’s fourth season shifted away from the small-town atmosphere and instead focused on the mafia in Kansas City. The Faddas, led by Josto Fadda, are at odds with The Cannons, led by Loy Cannon (Chris Rock), for control of 1950 Missouri. After the two families trade children in the typical attempt at settlement, the plot goes horrifically wrong, and the war for dominance leaves the city ravaged by death.

Fargo Season 5 was announced in February, but still, there isn’t any confirmed release date given to it. Season 4 of Fargo aired over 3 years after Season 3; assuming Season 5 follows the same timeline, it may not premiere until 2023 or 2024. Hawley (director) is also working on a series centered on the Alien franchise for FX as well as his own novel, “Anthem,” which he wrote. The production halt for the Alien series in 2020 resulted in a surge in 2021, according to Hawley. Hawley has stated that he will wait for the “bubble” to burst before shooting the next season of Fargo so that they can do it properly. As a result of this delay, Fargo season 5 may take even longer to begin filming. 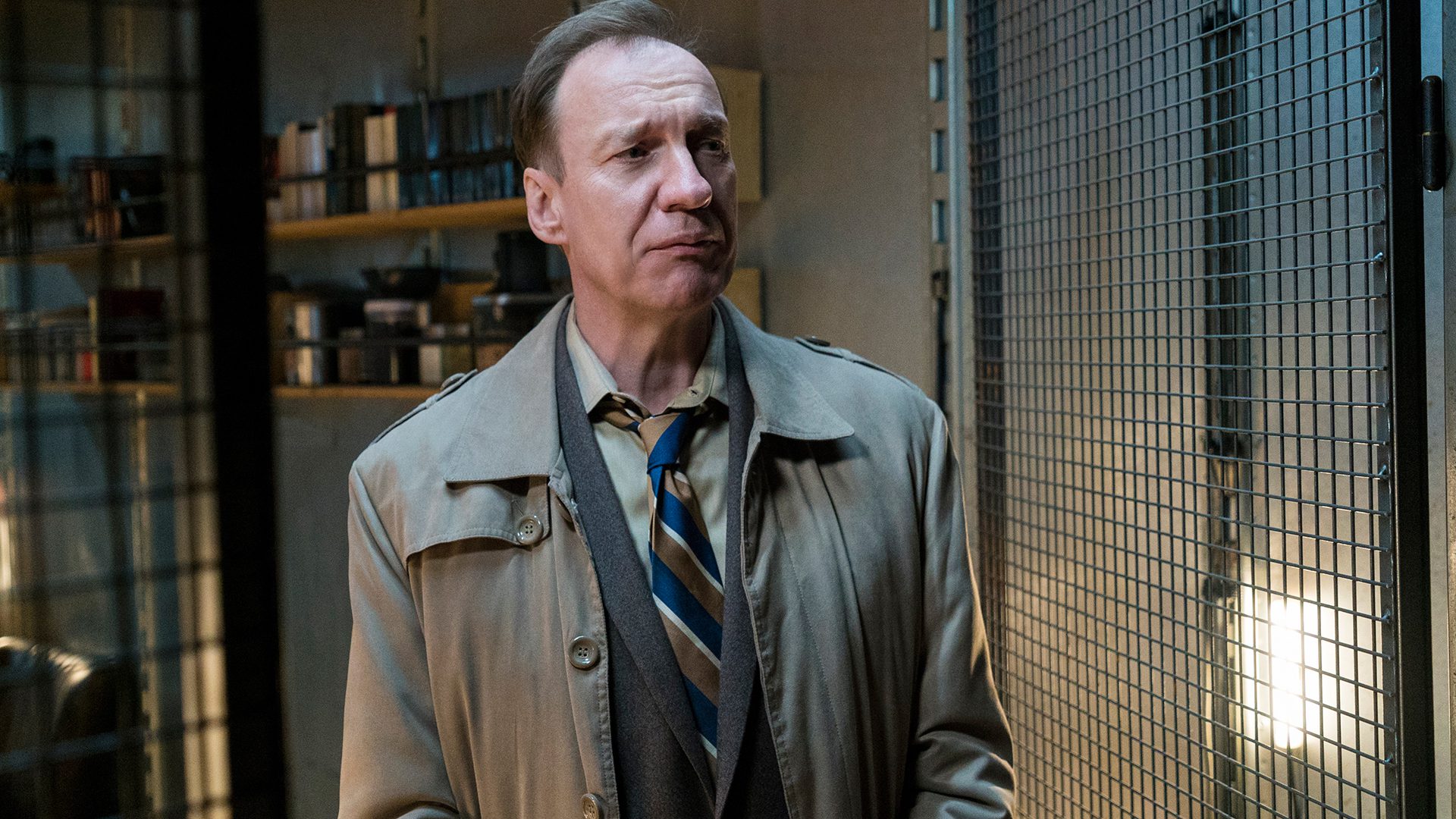 Eric Schrier, chairman of FX Entertainment, delivered the Season 5 announcement. According to Schrier,  Noah & Warren have thrilled and inspired viewers through four fantastic chapters of Fargo, and they’re excited to announce a new phase of what seems to be one of TV’s best and most celebrated series. According to Michael Wright, President at MGM, Noah Hawley is a skilled storyteller who has successfully developed four completely original seasons of one of the most brilliant programs on television. They can’t wait to watch his vision for Season 5 come to life.

Every season of Fargo brings a new cast to the spotlight, similar to how the plot changes. There is some crossover, such as Mike Milligan (Bokeem Woodbine) from season 2 making a brief appearance at the close of season 4, but mostly, the focus is on new individuals played by totally different actors. Ewan McGregor, Chris Rock, Kirsten Dunst, Mary Elizabeth Winstead, and Billy Bob Thornton, to name a few, have all had important appearances on Fargo over the years, and that was just the tip of the iceberg. 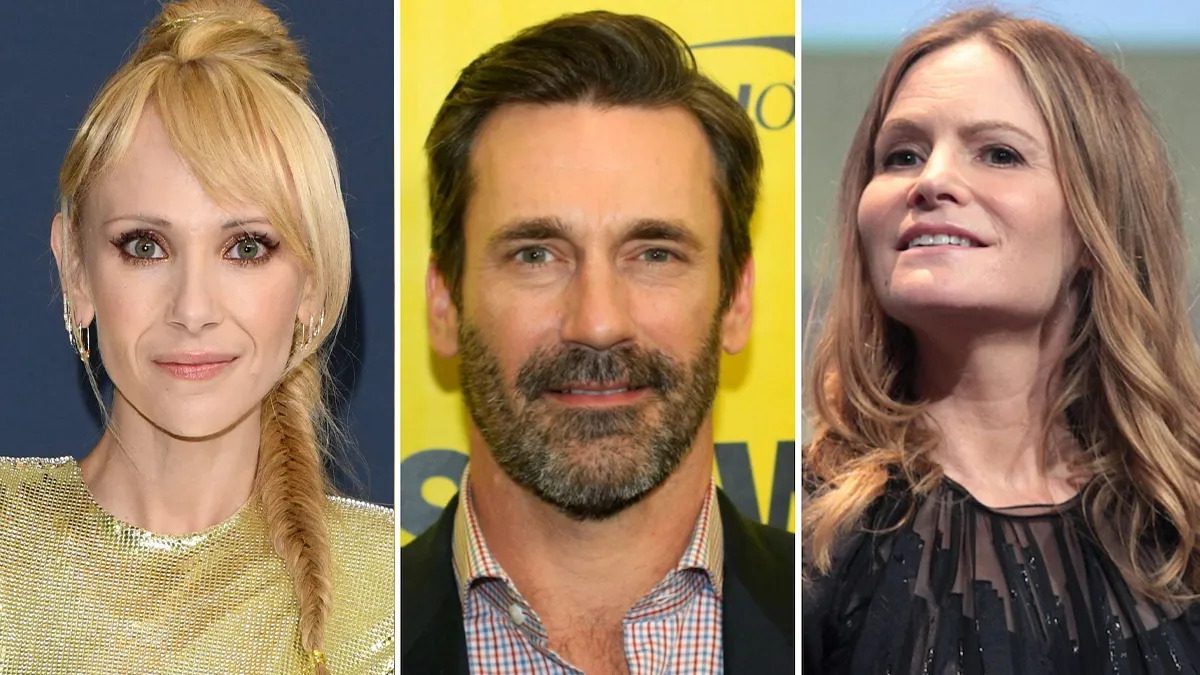 Several seasons have seen the return of familiar faces, either replaying prior roles or taking on new ones. Some characters, such as Lou Solverson, have multiple actors portraying the character at various stages in their lives. Fargo season 5 wraps up the past stories, thus it’s extremely likely that prior cast members will return for the finale.

Fargo fans, brace yourselves: three heavy hitters have been cast to lead the series’ forthcoming fifth season on FX. In Season 5, Jon Hamm, Juno Temple, and Jennifer Jason Leigh are set to star in the anthology’s next edition. Roy, Dot, and Lorraine will be played by the three actors, however little is known about any of them at this time.

Hamm, Temple, and Leigh maintain the series’ tradition of attracting high-profile performers. Temple’s excellent performance as Keeley Jones in Apple TV+’s huge smash Ted Lasso has catapulted her into the public consciousness. She had previously gained recognition for her roles in Killer Joe and Atonement, both of which featured Kiera Knightley and  James McAvoy, and were released in 2007. She’s also in the film The Offer right now. 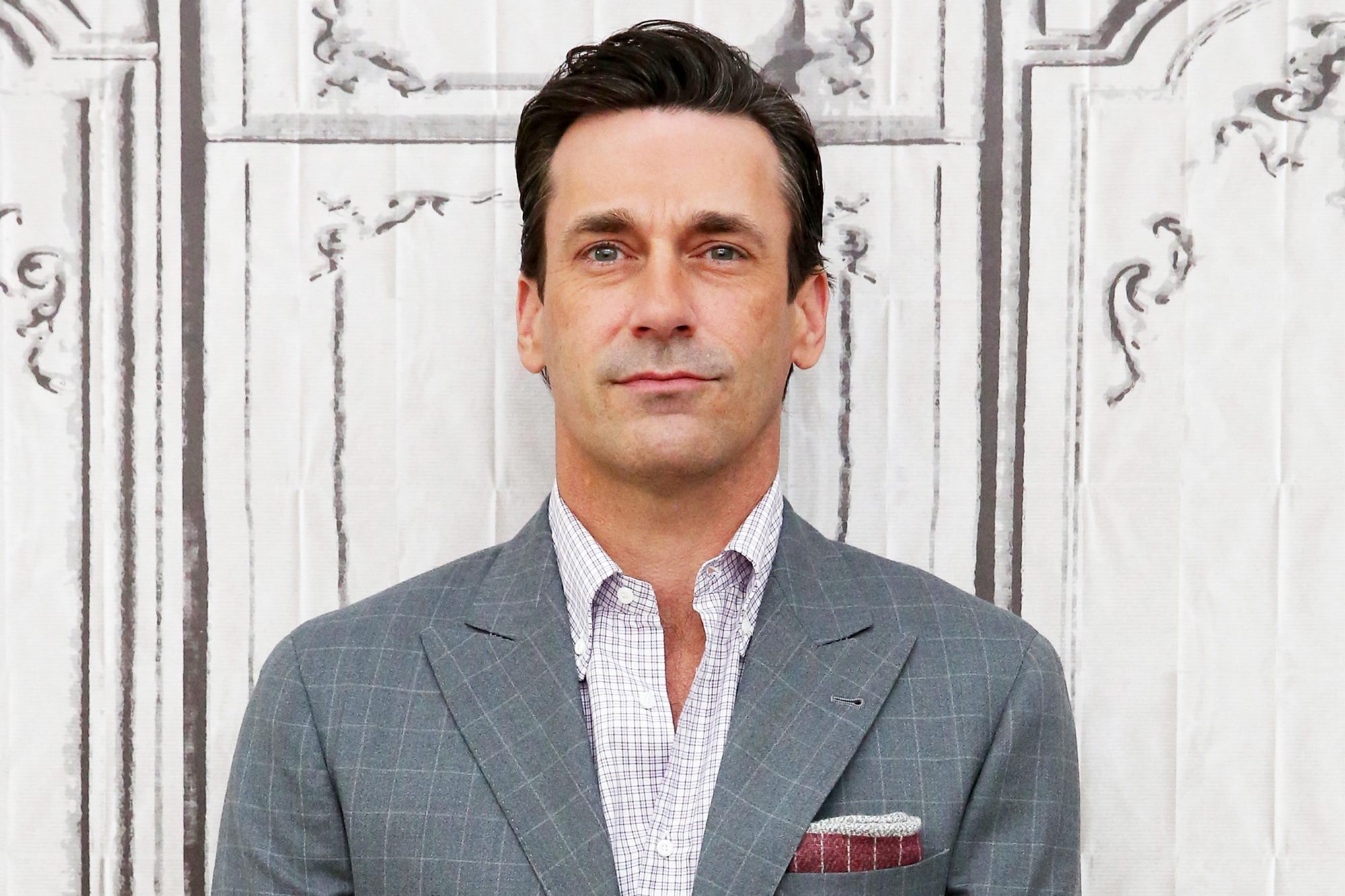 Hamm catapulted to popularity after an Emmy-winning, career-defining, performance as Don Draper in AMC’s Mad Men, and has been one of Hollywood’s most recognizable faces ever since. He was most recently seen on the big screen opposite Tom Cruise in the most-awaited Top Gun Maverick, and Prime Video’s Good Omens. In the Tribeca-bound Corner Office, he’ll make his next major appearance on the festival circuit.

Leigh completes the group, with her most recent significant part as a supporting role in Quentin Tarantino’s The Hateful Eight, for which she won an Oscar and a BAFTA. She’s a seasoned actress with credits dating back to 1976, but she’s most recently joined Prime Video’s Hunters to fight Nazis opposite Logan Lerman. She’s also been in Lena Dunham’s Sharp Stick as well as the Netflix series Atypical.

Fargo’s first season portrayed an insurance salesman’s downward journey after confronting a violent hitman in 2006, while Season 2 was a prequel set in the late 1970s, where a couple attempts to cover a tragic hit and run. The third part, featuring Ewan McGregor as two brothers who have a bitter feud, jumps ahead to the twenty-first century, while Season 4 stars Chris Rock and is a mobster noir set in early 1950s Missouri. Season 5 of Fargo will be the most contemporary story yet. 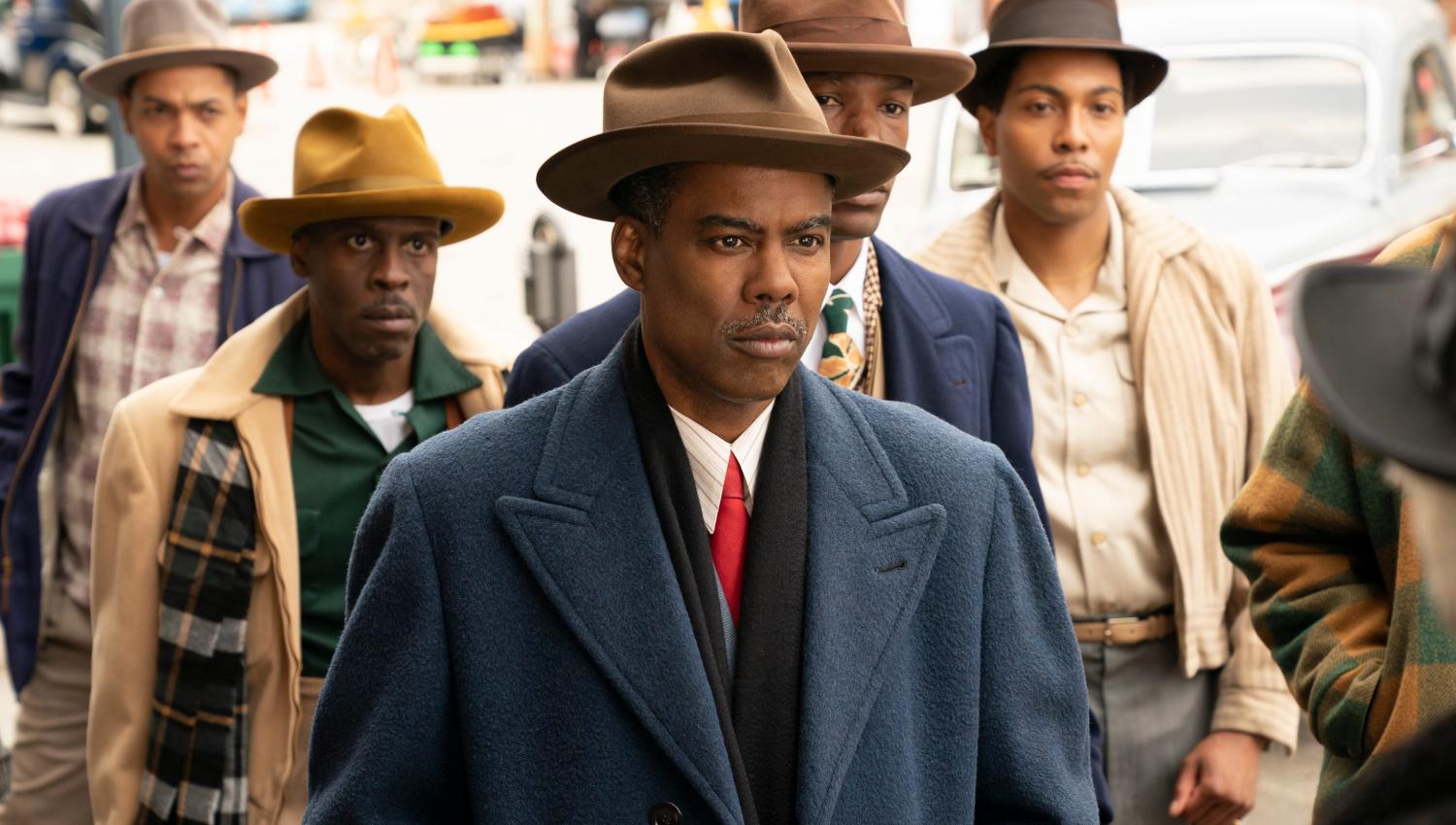 On February 17, 2022, FX released a press statement announcing the creation of a fifth season set in 2019 – which is certainly recent, but doesn’t it feel nostalgic following future events? “When is an abduction, not an abduction, and what if your fiancée isn’t yours?” the tagline was teased further, prompting comparisons to the storyline of the original Fargo movie, which has also been seen as canon for the series. Could these parallels signal that Fargo Season 5 will have a greater connection to the film that inspired it, bringing the plot full circle and, eventually, to a close?

Will Fargo Season 5 Be The Last?

Although there is nothing in FX’s abovementioned press release that indicates Fargo Season 5 as the series’ final season, developer Noah Hawley has been thinking about a good approach to end the show. When asked if the next chapter was in the works in a conversation in July 2021, even before the fifth season was announced, he responded he didn’t have an idea yet. He’ll have to hold on to some of his stuff. The Fargo Seasons are not linked in any way. He believes it would be beneficial to build an ending and arrive at something knowing it is the final one, in order to explore how the anthology may be concluded. 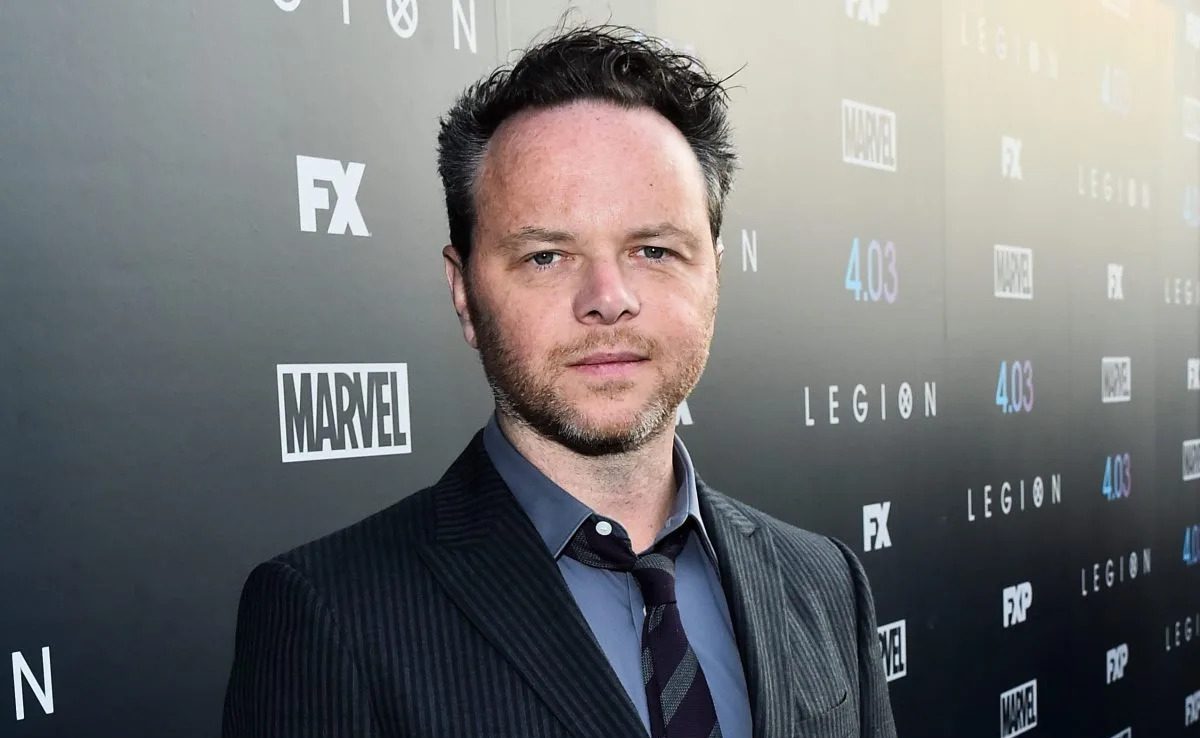 At the time, it appears that Hawley was still plotting out the plot of Fargo Season 5 and experimenting with the concept of giving it a conclusion that would bring the series to a close. If that proves to be the case, it’s at least reassuring to know that the man who brought it to screen is involved.

Noah Hawley will return to lead the Fargo Season 5 writing staff, according to a press release from FX. The series’ creator, who has also directed and written a few episodes, received an Emmy in 2014 for Best Miniseries for the first season.

Hawley started his career as a writer for Fox’s Bones, then went on to create two short-lived ABC dramas, The Unusuals in 2009 and then My Generation the subsequent year, before landing a hit with FX’s Fargo. His critically praised X-Men-inspired tv show Legion, which he concluded in 2019 – the same year he managed to make his feature-length debut film with Lucy in the Sky – was also broadcast on the network. For FX, Hawley is presently developing a new series based on a classic film, a prequel to Alien. 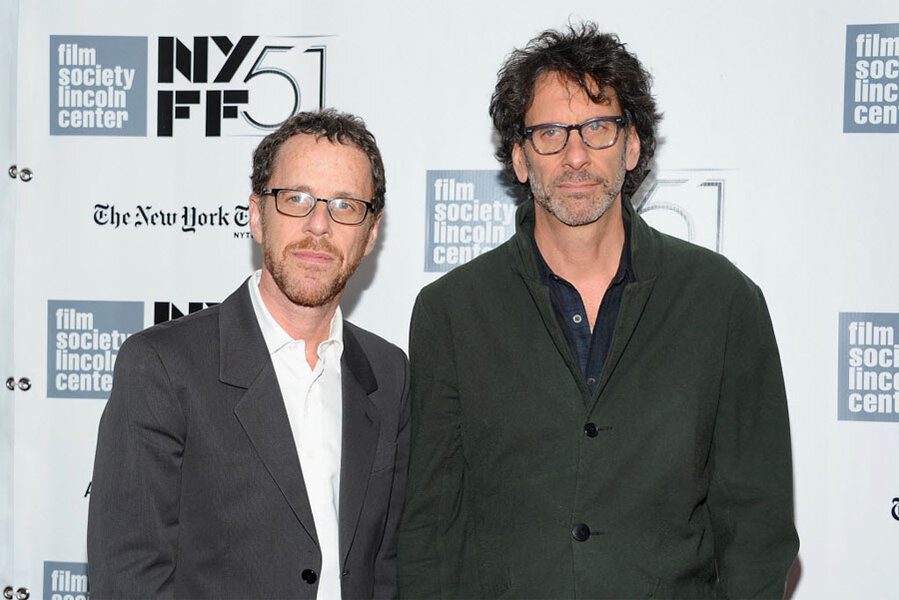 And again, what would Fargo be like without the brothers who established it all with the Oscar-winning movie that helped them maintain their Hollywood track record? Joel & Ethan Coen have been recognized as executive producers since the show premiered in 2014, despite having no creative control over the story – or, seemingly, any creative involvement in the series’ episodic structure, as Joel revealed in 2016.

The adapting, directing, and producing duos behind many other classics, like 1987’s Raising Arizona and the fan-favorite The Big Lebowski, would win an Academy Award for No Country for Old Men in 2008. Joel, the older Coen Brother, recently went alone to direct The Tragedy of Macbeth, an Apple TV+ special William Shakespeare adaption starring Denzel Washington in the main role and Joel’s fiancée, Frances McDormand, playing Lady Macbeth.